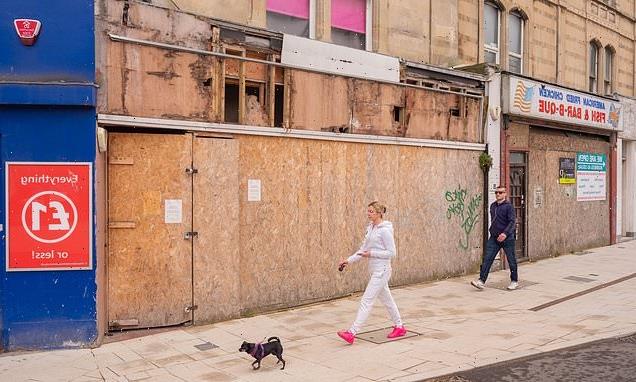 Empty shops will be given a new lease of life under a radical plan to revitalise high streets, the Daily Mail can reveal.

Landlords will be forced to let out retail units that have been vacant for longer than six months under the Government’s new plans.

It will allow community groups and small businesses to take over boarded-up properties that blight once thriving town centres, hopefully returning them to their former glories.

The new powers will be introduced as part of the Levelling Up and Regeneration Bill, which will be announced in the Queen’s Speech next month.

The number of empty shops has soared since the pandemic with many that were shuttered during lockdowns failing to get back on their feet as the shift towards online shopping accelerated.

Fashion retailers have been among the hardest hit, with the closure of brands such as Debenhams and Topshop contributing to vacancies. 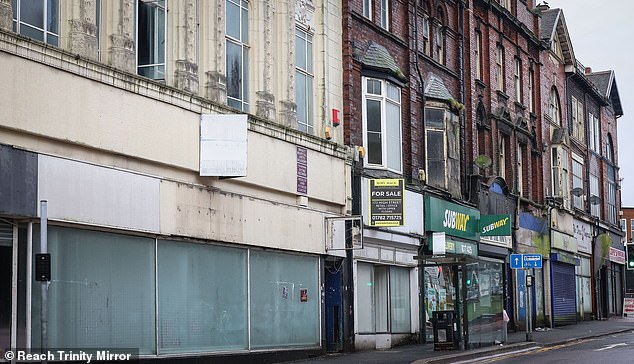 New Government plans will allow them to force landlords to let out retail units which have been vacant for more than six months, in a bid to rejuvenate high streets (pictured: empty shops in Tunstall Stoke) 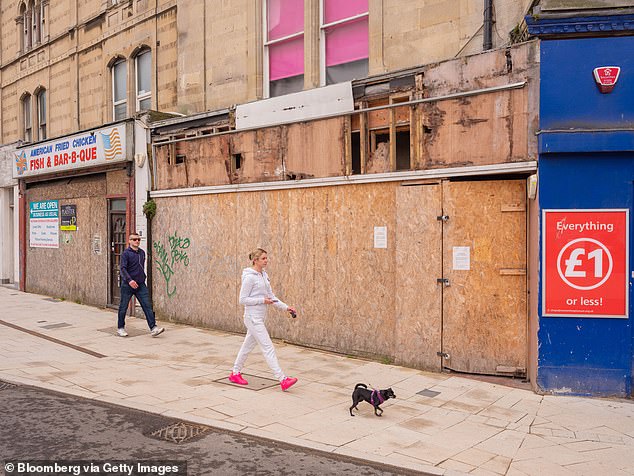 Across the country, one in seven shops is sitting empty according to latest figures from the British Retail Consortium. The north-east of England has the highest vacancy rate, with one in five closed.

Blight of boarded up ghost towns

Tunstall High Street in Stoke-on-Trent was once a bustling high street with an array of big-brand stores – but now with half of its shops deserted, it makes for a depressing picture.

The 2,400sq-ft shop once occupied by Dorothy Perkins is still empty after the fashion retailer closed in 2019.

The latest data shows that Stoke has the highest rates of vacant shops in England with almost 30 per cent lying empty. A similar picture is emerging in high streets across the country.

The once-thriving high street in Weston-super-Mare has also struggled to fill units left by long-term traders.

This includes a large hole left by Marks & Spencer when it closed its store three years ago after more 110 years of trading in the Somerset seaside town.

Under the new plan, local authorities will be able to force landlords to rent out commercial property on high streets through a Compulsory Rental Auction.

After a short grace period for landlords to fill the shop, local authorities will be able to instigate an auction, inviting bids from interested parties.

Ministers hope this will reduce the number of boarded-up shops while creating new opportunities for local small businesses and community groups and helping increase footfall and spending in town centres.

A government source told the Mail: ‘The Government’s mission to level up will breathe new life into these great towns and end the scourge of boarded- up shops sucking the soul out of once-bustling high streets.’

Charlie Mullins OBE, founder of Pimlico Plumbers, said: ‘We cannot keep having our high streets looking like the day after the apocalypse.

‘This will spark much-needed life back into our towns and cities.’

‘This regeneration strategy has already worked in countless areas of Greater Manchester and I’m pleased that the Government has recognised that much-needed action is now required to support our high streets.’

Campaign group Save The High Street, which launched in 2015, also backed the plans, saying they will ‘turn the vacancy crisis into an opportunity for positive change’. 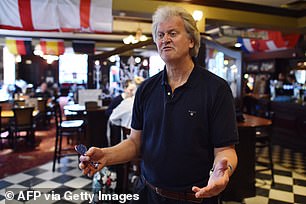 Wetherspoons chief executive Tim Martin welcomed the plan but called for further support for high streets, urging the Government to address the tax imbalance between hospitality businesses and supermarkets.

Mr Martin said: ‘Unless the Government grasps this nettle, its high street initiatives will be doomed to failure.

‘Tax equality is the elixir that will encourage people to convert boarded-up shops into tax-paying employment-generating businesses.’

Ministers are under pressure to show how they are improving town centres, particularly in the former ‘Red Wall’ seats, traditionally held by Labour but won by the Tories in 2019.

The Conservative Party’s general election-winning manifesto in that year said its focus would be ‘levelling up every part of the UK’ and the term has since become a key slogan for Boris Johnson’s Government.

The strategy also aims to close the gap between rich and poor areas by 2030 through improving services such as education, broadband and transport.