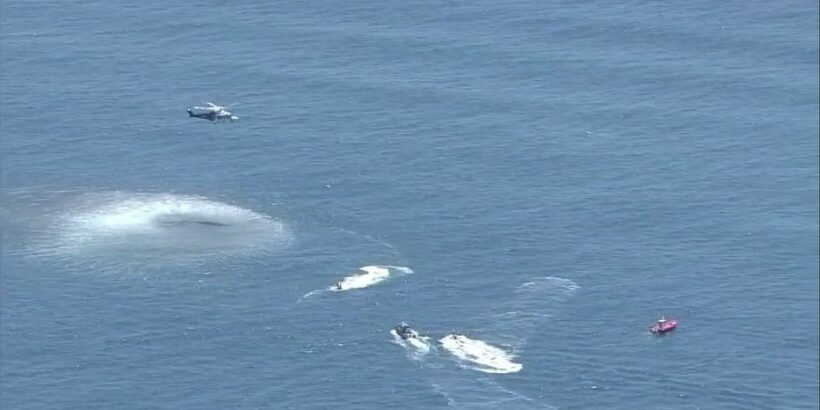 Aircraft crashes off the coast of Long Beach Island

A plane traveling over New Jersey was down near Long Beach Island late Thursday morning, according to reports.

The Lakewood Scoop was first to report that a plane had landed in the water off Long Beach Island.

Law enforcement officials confirmed the news to NBC 4 New York. The plane was reportedly carrying up to three people and is located approximately 1 mile into the Atlantic Ocean.

Local news station WPVI-TV reported the small glider was reported to have been down at about 11:30 a.m. near Beach Haven’s East 26th Street beach. State and local law enforcement and the U.S. Coast Guard were responding to the area.

The Coast Guard’s Mid-Atlantic district tweeted just before 12:30 p.m. that it had “received a report of a plane crash” and had diverted a helicopter and crews.

It wasn’t immediately clear if any debris had actually been recovered.

Long Beach Island is located along New Jersey’s eastern shore and boasts a population of about 8,500.

This is a developing news story. Please check back for updates.