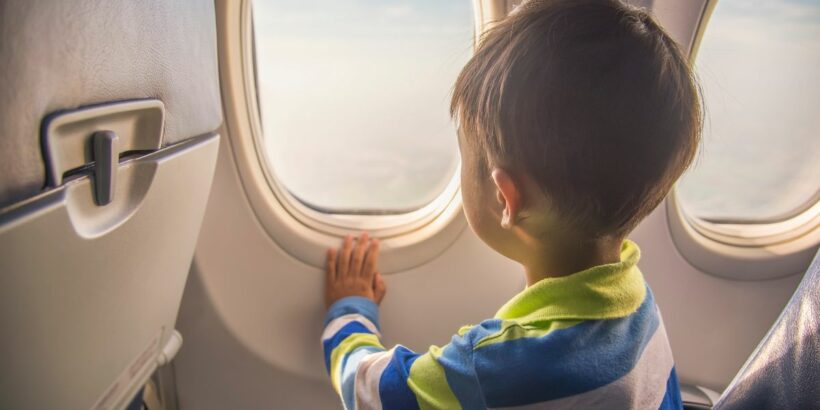 A nightmare mum finally got her comeuppance after making nuisance of herself throughout a flight from Budapest to London.

Redditor 'WitchesCoven' wrote on the 'Entitled Parent's board how she had been on a plane back to the UK that was packed because several other flights had been cancelled due to the pandemic.

At first, she was pleased to have been assigned a window seat but when a mum and her young son boarded they asked if the boy could sit there instead.

WitchesCoven agreed, and settled down in the aisle seat to watch the Spider-man spinoff movie Venom on her phone.

It’s worth noting that Venom has a rating of 15 from the British Board of Film Classification because it has themes of "strong threat, horror, and violence".

"I put my headphones in and began the movie, but after about 20 minutes the mother and child swapped seats – so now the seven-year-old boy was sat next to me," she said.

She didn’t pay too much attention to the mum and her boy and carried on watching her movie.

"It gets to a scene where Venom bit the head off of a bad guy when the mother taps my shoulder," she said.

Without her realising, the boy had been leaning over her shoulder and watching the violent action-packed movie.

The mum demanded to know if the film was "appropriate for children?"

When she was told that it wasn’t, because it was a 15, the mum demanded that WitchesCoven played another movie on her phone instead.

WitchesCoven explained that there were no other movies on her phone, and pressed play again.

But that wasn’t the end of it: "Aren't you going to turn this off?” The mum demanded.

As she was being told that wasn’t going to happen, the kid piped up: "Have you got any games I could play?"

Repeating that she had planned to watch the movie on the flight and that what she intended to do, WitchesCoven refused to let the stranger’s child play with her phone.

After the mum protested that her little angel was bored, she was firmly told: "It's not my problem that your child is bored, you should have planned ahead”.

It was at around that point that things went from tense to genuinely confrontational.

WitchesCoven explained: "The movie came to an end, and there wasn't much time left on the short flight.

"I unlocked my phone and went into Spotify so the mother probably thought I couldn't hear her, so she mumbled, 'You could at least let my kid play a game now you spiteful b****'."

Incensed, WitchesCoven said: "How about you be f****** grateful I let your kid look out the window the entire flight you ungrateful c***."

Most commenters tended to agree with the original poster, although one or two believed WitchesCoven had a responsibility to help the lone mum on the flight.

What’s your take? Let other Star readers know in the comments below.