The findings shift responsibility more squarely toward the U.S. Forest Service for initiating a natural disaster that has destroyed at least 330 homes as flames raged through nearly 500 square miles of high-altitude pine forests and meadows. The wildfire also has displaced thousands of residents from rural villages with Spanish-colonial roots and high poverty rates, while unleashing untold environmental damage.

Roughly 3,000 firefighters, along with water-dropping planes and helicopters, continue to fight the blaze as it approaches mountain resorts and Native American communities. Firefighting costs already surpass $132 million, climbing by $5 million a day. 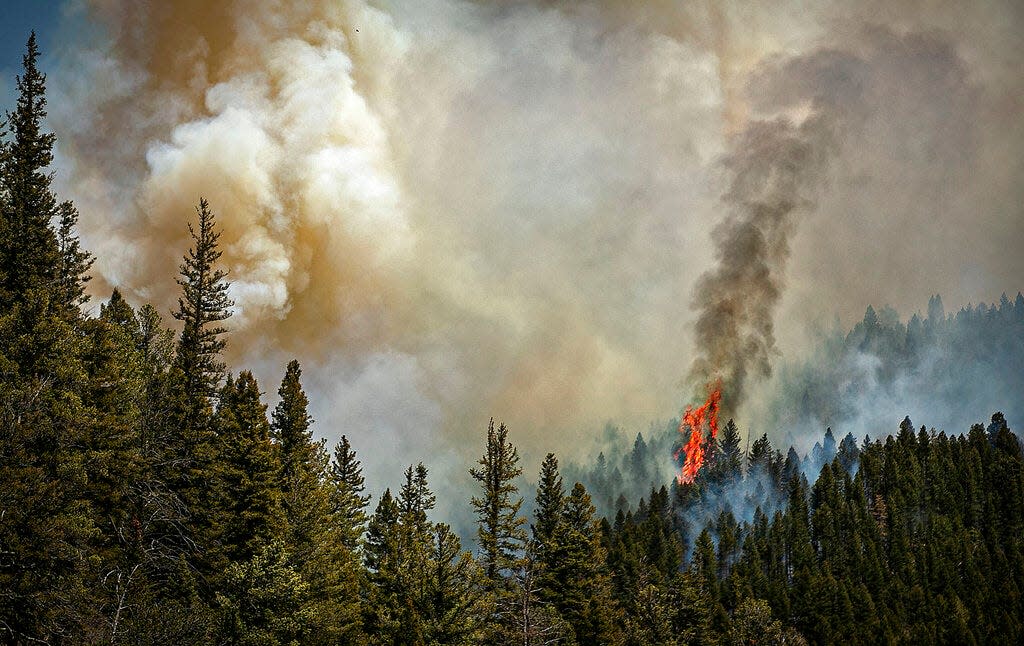 “The weather is a big concern for us,” Turner acknowledged, saying even an errant pine cone rolling down a slope and crossing a control line could spread flames. “Red flag warning is a big message for tomorrow.”

He said dry conditions are expected through Tuesday, but some moisture and even thunderstorms are possible starting Wednesday.

Congresswoman Teresa Leger Fernández described a rising sense of outrage as the fire triggers new evacuations of families and livestock. Fear of flames is giving way to concern about erosion and mudslides in places were superheated fire penetrates soil and roots.

“The destruction these two fires caused is immeasurable and will be felt for generations,” said Leger Fernández, sponsor of a bill that would reimburse residents and businesses routed by the fire.

The Forest Service has not yet released detailed planning documents for the original planned burns that might indicate whether fire protocols were followed.

‘Going to be watching’: Hurricane Agatha expected to hit Mexico on Monday. Is it a threat to the US?

What is a prescribed burn?

Scientist and forest managers are racing to develop new tools to forecast the behavior of planned fires amid climate change and an enduring drought in the American West. The intentionally set blazes, known as prescribed burns, are aimed at limiting the accumulation of timber and underbrush that, if left unattended, can fuel extremely hot and destructive wildfires.

The Biden administration announced in January a $50 billion plan to stave off catastrophic wildfires that would more than double the use of planned fires and logging to reduce trees and other vegetation that serve as tinder in the most at-risk areas. Prescribed burns often are used in wildland areas that are too vast to thin by hand or machine.

The two fires east of Santa Fe joined in April to form the massive blaze at the southern tip of the Rocky Mountains, in the Sangre de Cristo range.

One of the fires was previously traced to April 6, when a planned burn, set by firefighters to clear out small trees and brush, was declared out of control.

On Friday, investigators said they had tracked the source of the second fire to the remnants of a planned winter fire that lay dormant through several snowstorms only to flare up again last month. 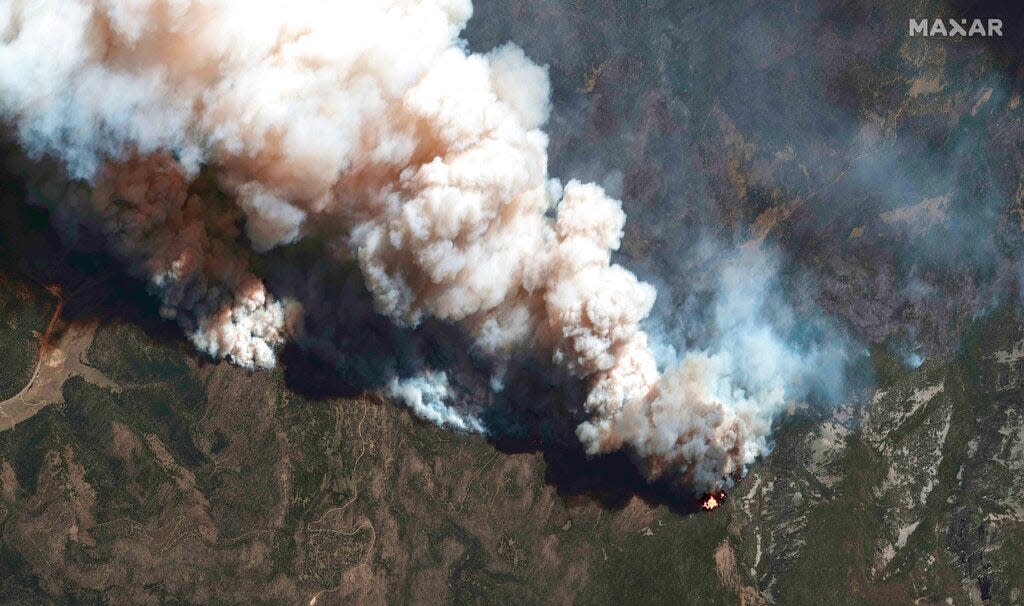 Investigators said the prescribed “pile burn” was initiated in January at Gallinas Canyon in the Santa Fe National Forest outside Las Vegas, New Mexico, and concluded in the final days of that month. Fire was reported again in the same vicinity April 9 and escaped control 10 days later amid dry, hot and windy conditions, Forest Service investigators found.

Gov. Michelle Lujan Grisham in a statement called the investigation results a “first step toward the federal government taking full responsibility” for the New Mexico wildfire. She highlighted her pending request to President Joe Biden to direct the Federal Emergency Management Administration to pay for 100% of costs related to a broad range of recovery efforts.

Forest Service Chief Randy Moore last week announced a 90-day pause and review of protocols for planned fires that limit the buildup of flammable vegetation. He cited extreme fire danger and unfavorable weather and did not specifically link the review to New Mexico’s fires.

“It will also ensure the prescribed burn program nationwide is anchored in the most contemporary science, policies, practices and decision-making processes, and that employees, partners and communities have the support they need to continue using this critical tool to confront the wildfire crisis,” the agency said in a statement Friday.

Moore said prescribed fires go as planned in more than 99% of cases. Notable exceptions include the 2000 Cerro Grande Fire that swept through national security installations and residential neighborhoods at Los Alamos.

So-called pile burns can often include wildland debris collected over months or even years. Forest managers cut back trees and gather debris into mounds, preferring to burn forest fuels in the winter when planned burns are easier to control.

In January, Santa Fe National Forest workers started burning through a series of piles across an area of 0.6 square miles, after advising the public of possible smoke hazards.