The US President’s days in the White House might be numbered after his former lawyer implicated him in court over hush money payments to Stormy Daniels and Karen McDougal. 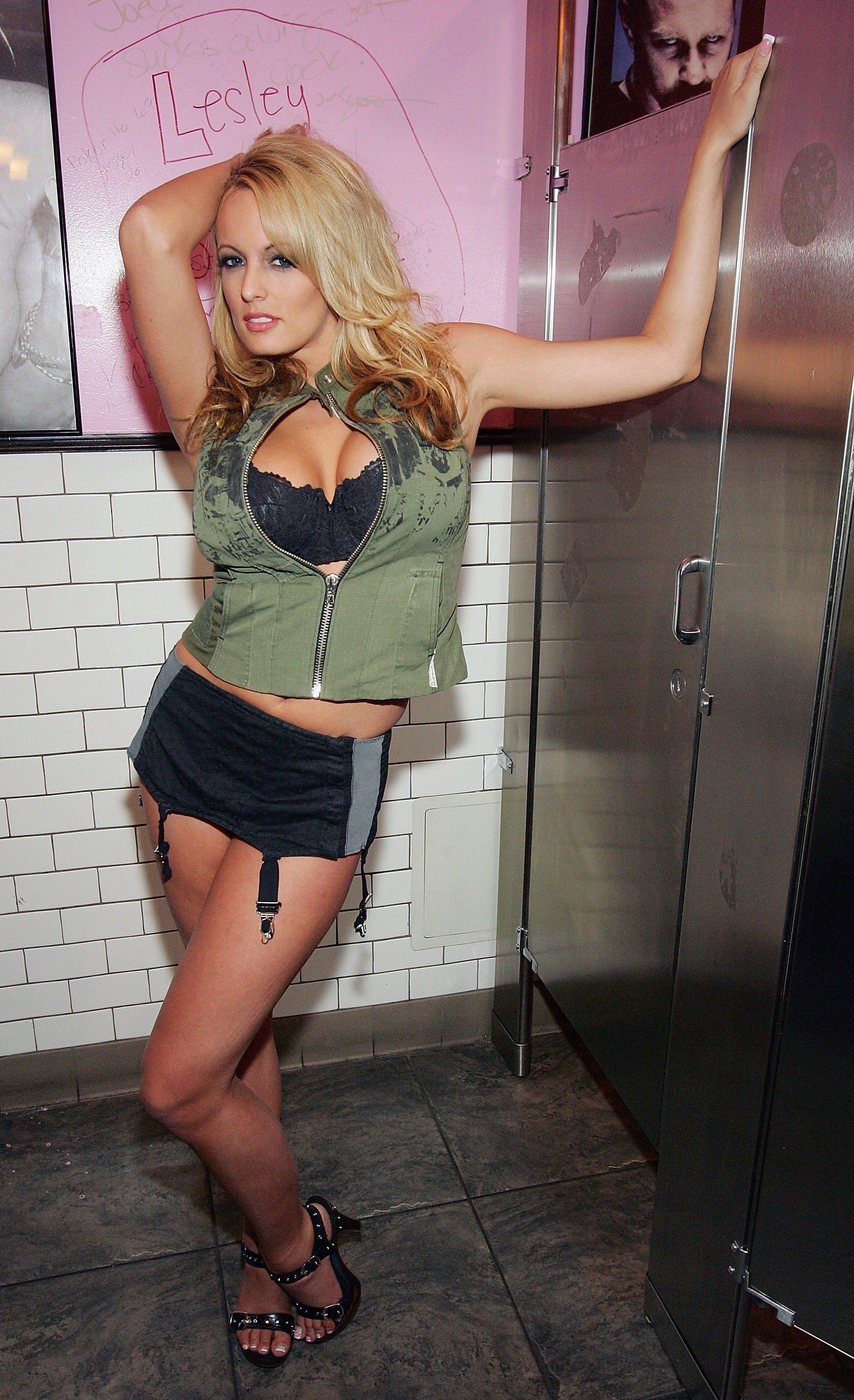 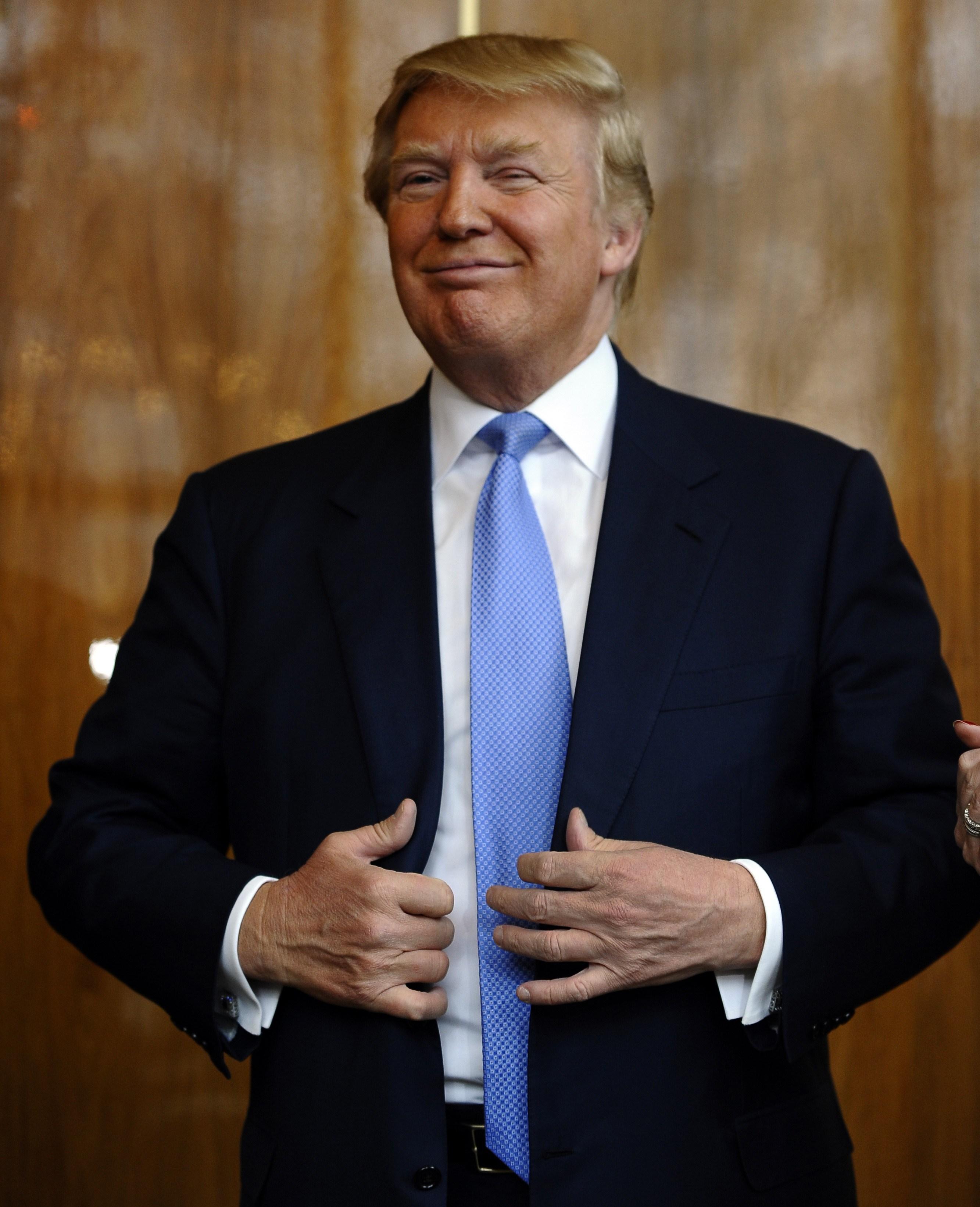 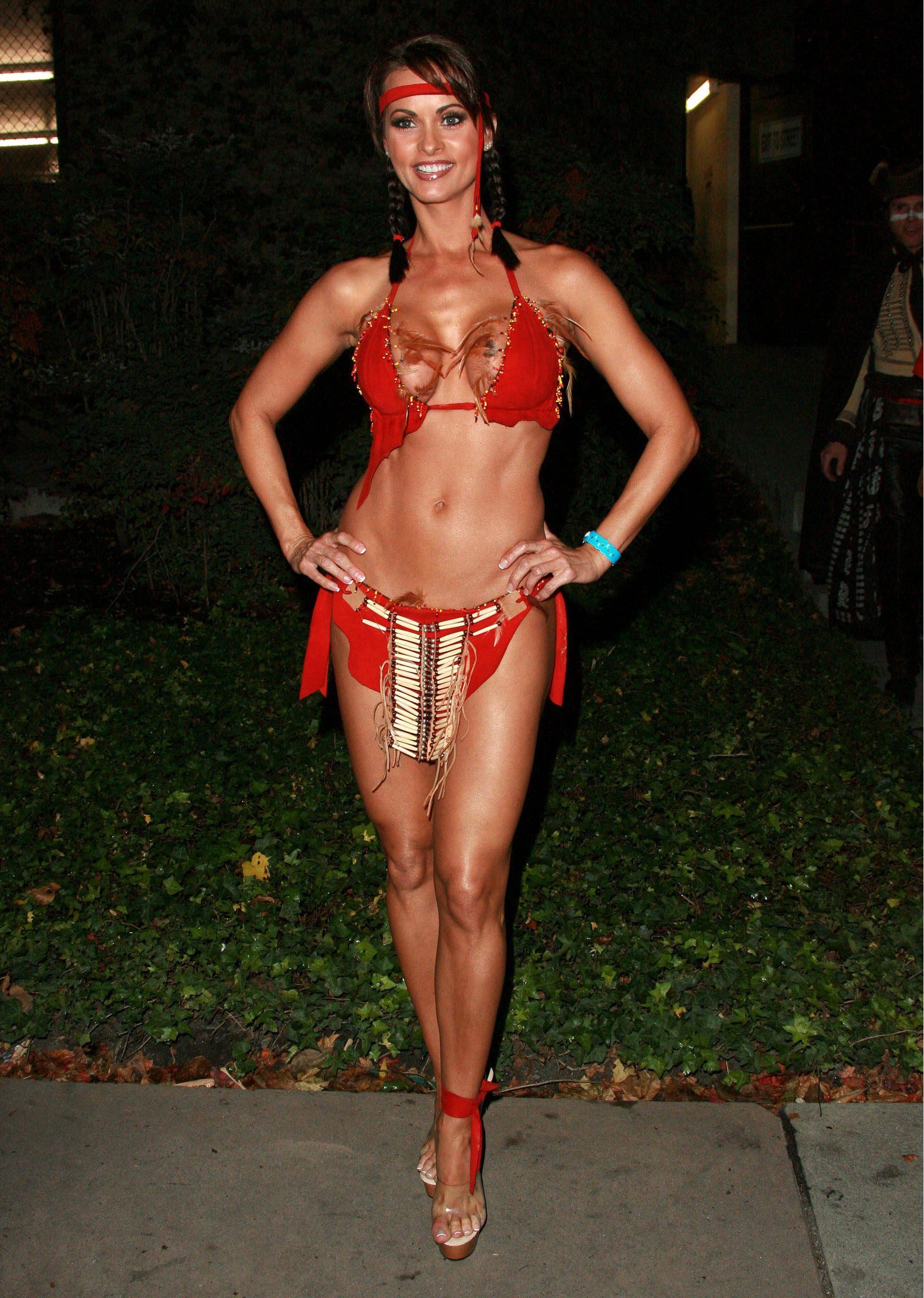 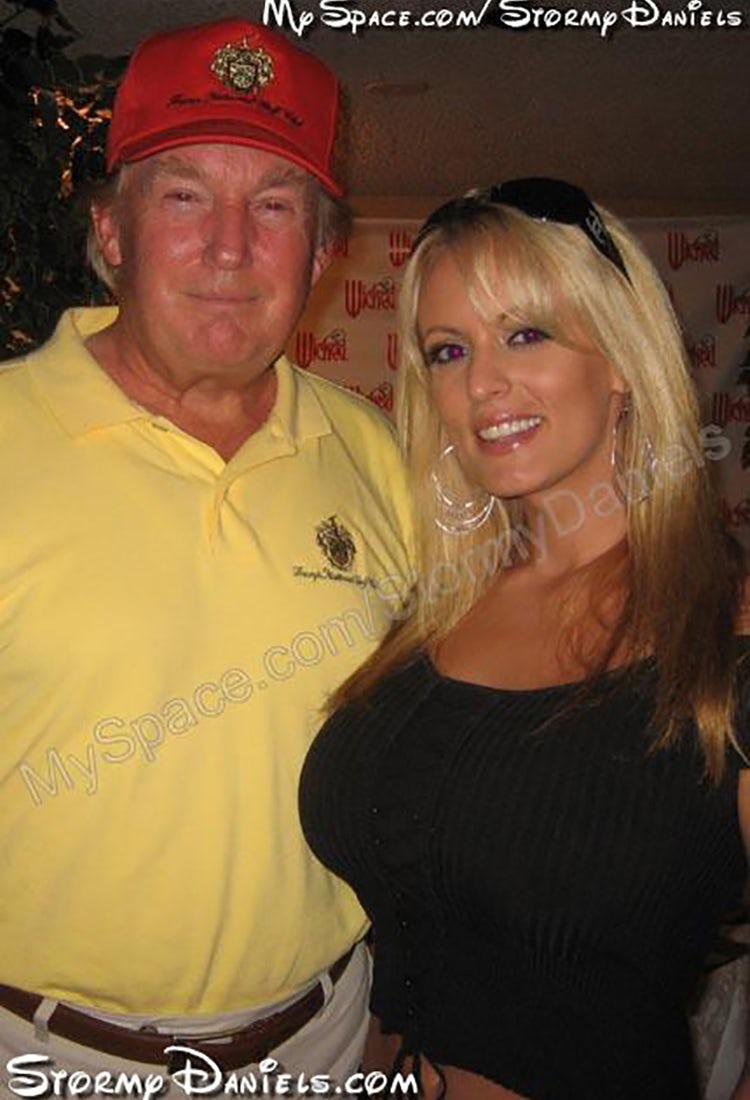 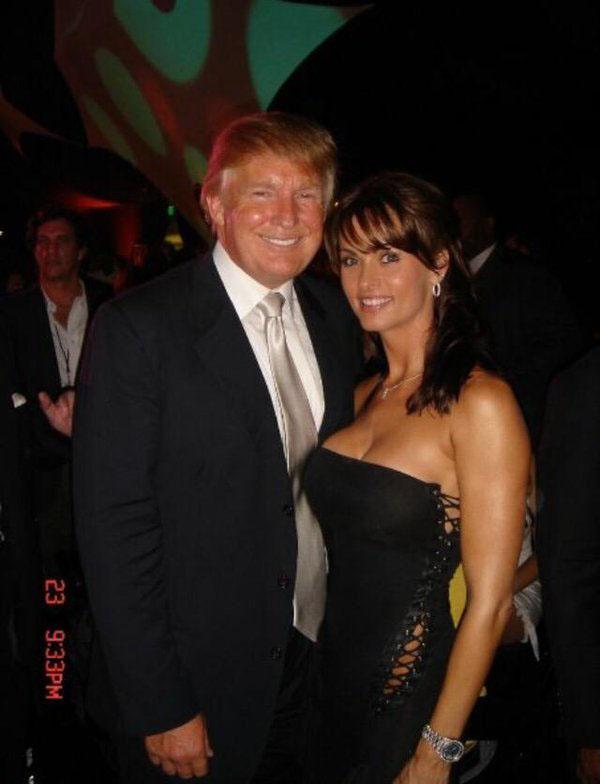 Michael Cohen, 51 — who once boasted that he would “take a bullet” for Trump — admitted paying them at the behest of his client.

Both women claim to have had sex with Trump in 2006, after he married First Lady Melania.

As US stocks dived into the red amid the turbulence, President Trump was under growing pressure to face impeachment over the seedy fiasco, dubbed by Washington insiders as the “sex, lies and audiotape” scandal.

Stormy, 39, sold her story about her trysts with Trump — including how she spanked him on the bottom with a magazine bearing his own picture — but it did not make it to print. She was given $130,000 (£100,000) to keep quiet before the 2016 presidential election and signed a non-disclosure agreement before the vote. 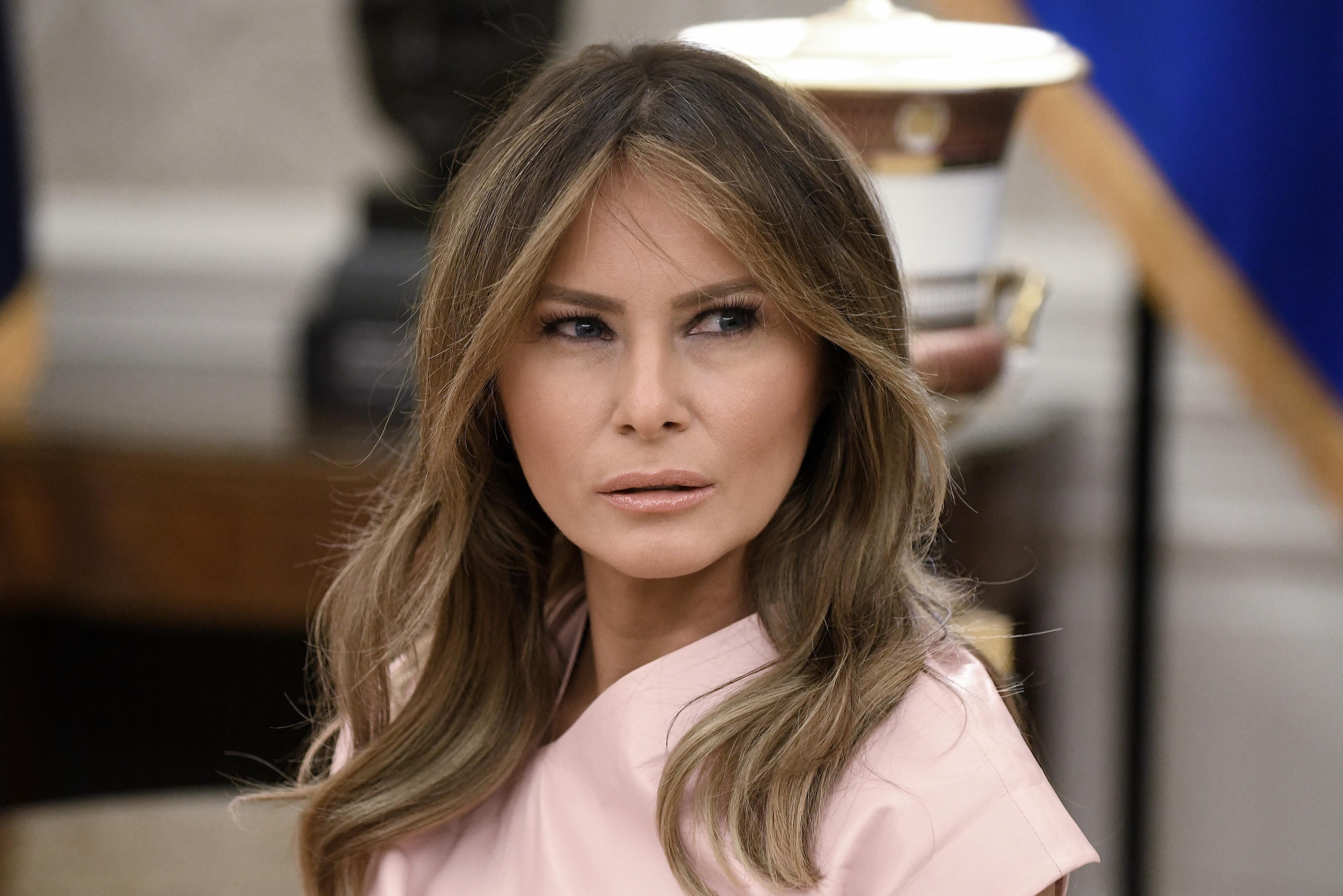 Like Stormy, Karen shopped her story around before the election, too, telling of how he treated her like a “prostitute” after they met at the Playboy mansion in 2006.

Why wouldn’t it be a crime for Trump?

Last month a leaked tape from 2016 revealed Trump and Cohen discussing reimbursing the magazine to suppress the story.

The recording is reportedly one of a dozen that the FBI seized from Cohen during raids this year.

But could Trump be prosecuted?

Cohen’s lawyer Lanny Davis said yesterday: “If those payments were a crime for Michael Cohen, then why wouldn’t they be a crime for Trump?”

Steve Bannon, Trump’s former strategist, said on Tuesday: “November (the mid-term elections) is a referendum on impeachment — an up or down vote. Every Trump supporter needs to get with the programme.” 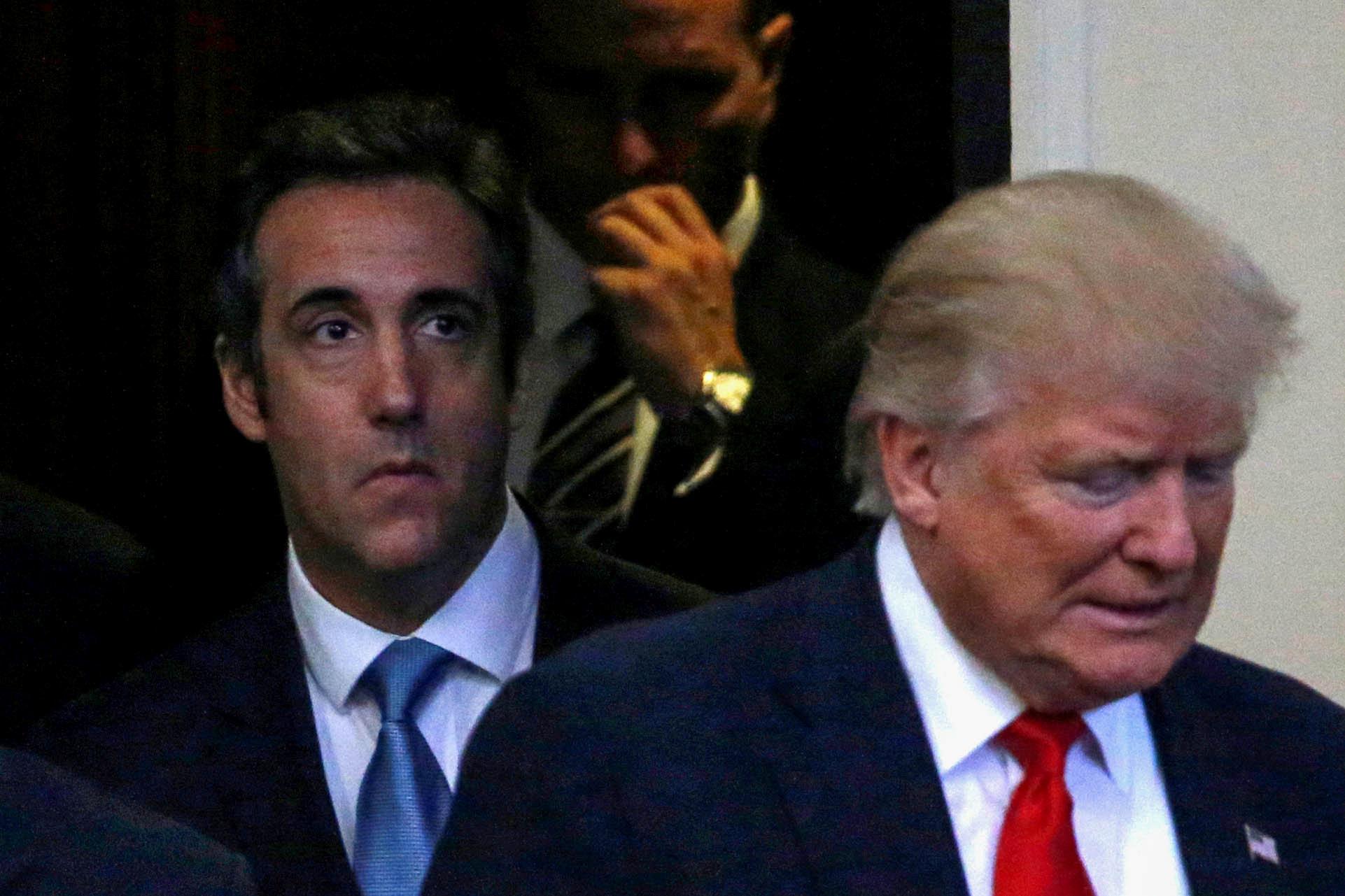 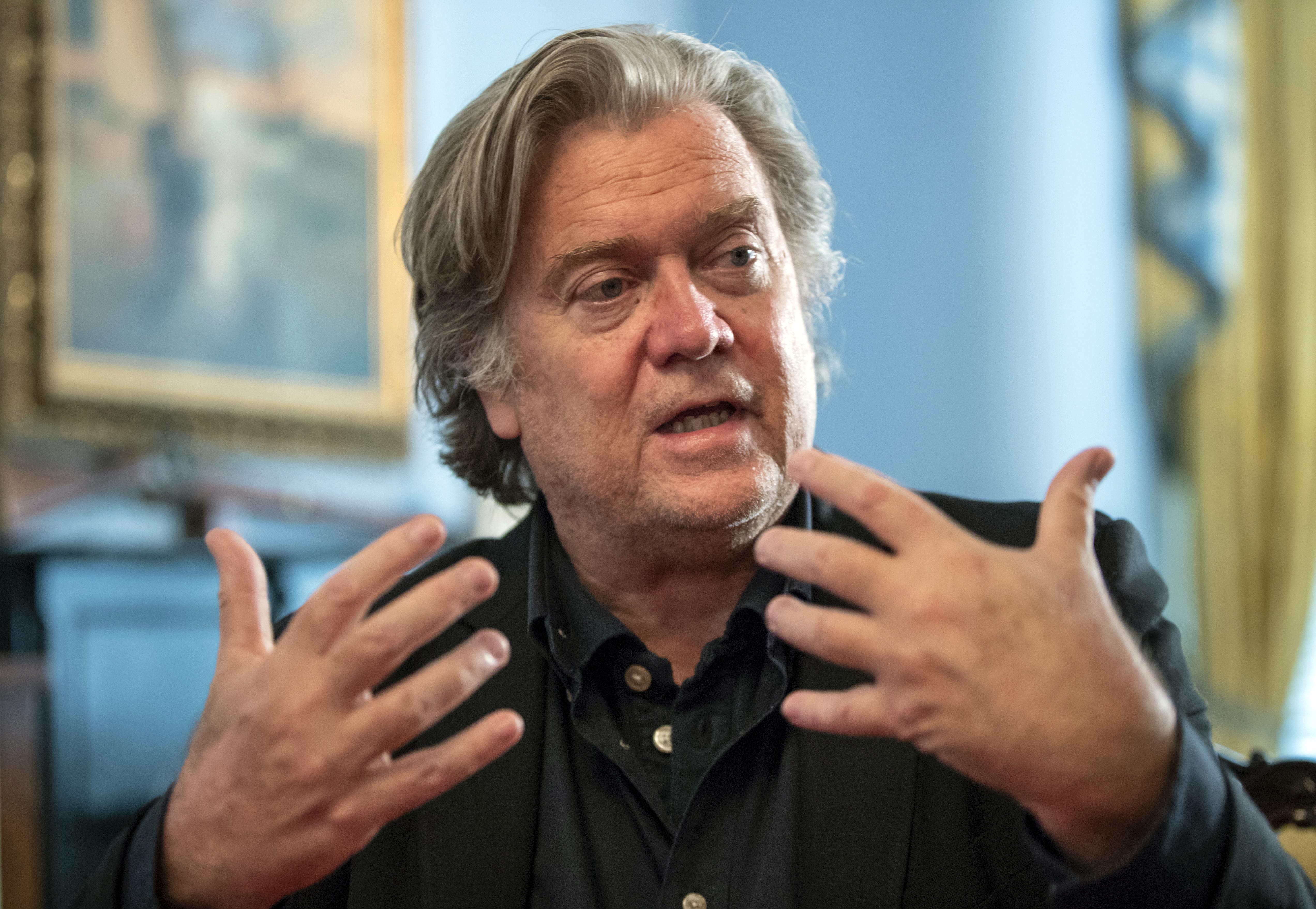 It was just four months after the birth of his youngest son Barron in March 2006, following his marriage to Melania the previous year, that Trump met Stormy.

Stormy, who was 27 at the time, told a US magazine that he invited her to dinner and she found him watching TV in his pyjamas when she arrived at his room.

She said: “I was like, ‘Ha, does Mr Hefner know you stole his outfit?’ I was actually really mean to him. 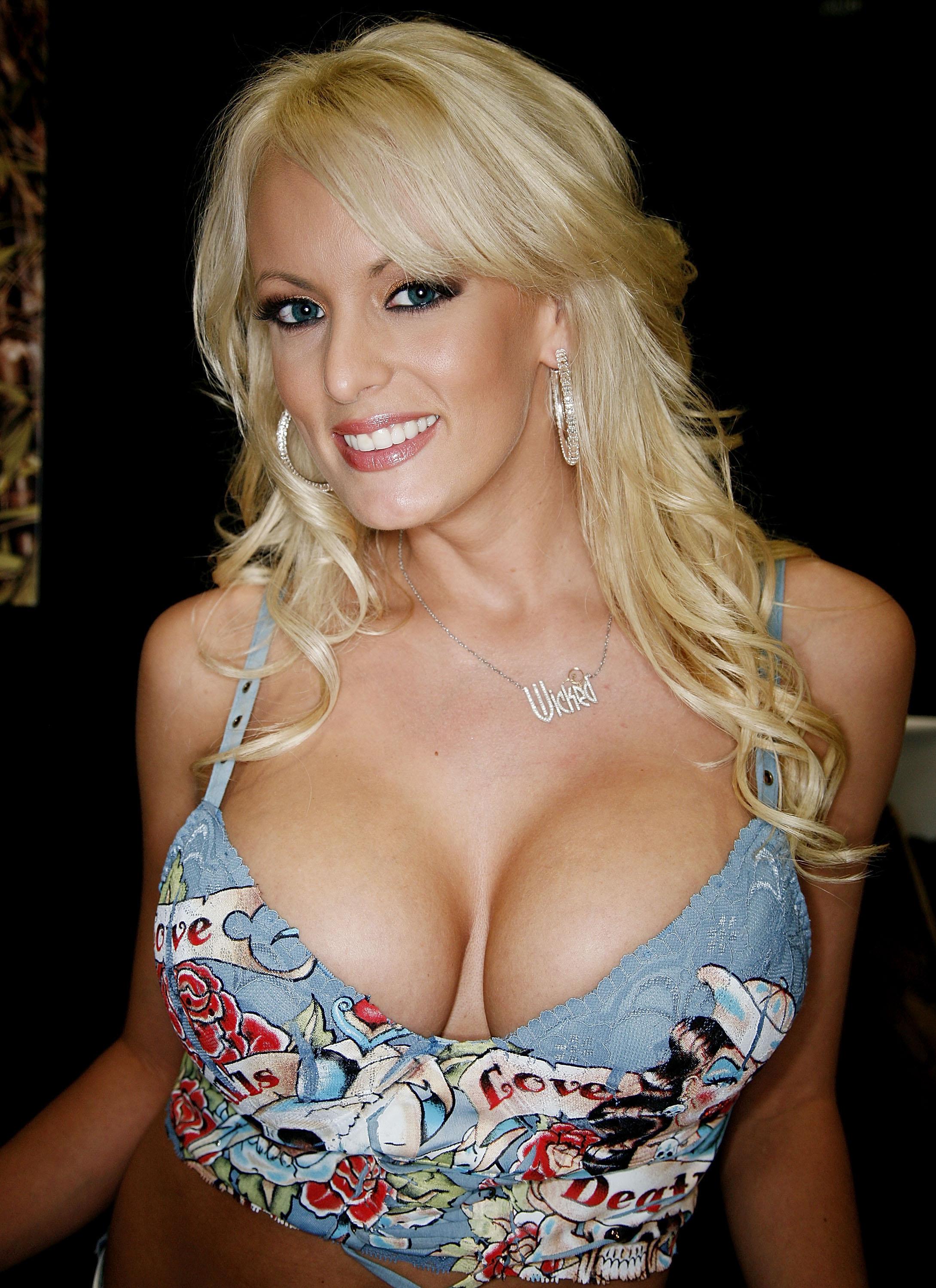 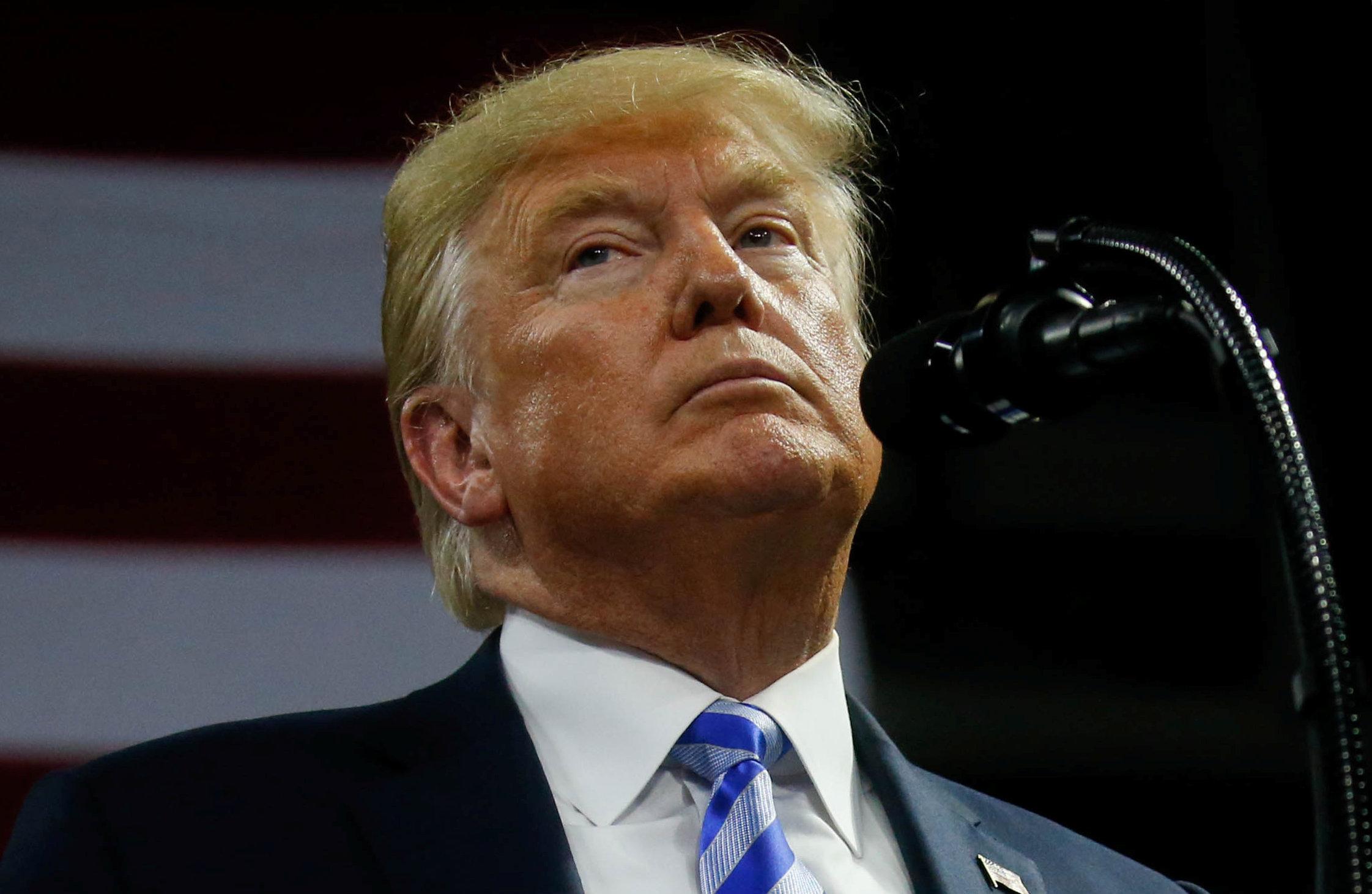 “He got all huffy and tried to play it off and was like, ‘Oh, I just thought we would relax here’.

We ended up having dinner in the room.

“He talked about himself and bragged about his photo on a magazine.

I said, ‘Someone should take that magazine and spank you with it’.

“So he turned around and pulled his pants down a little, he had underwear on and stuff, and I just gave him a couple of swats.” 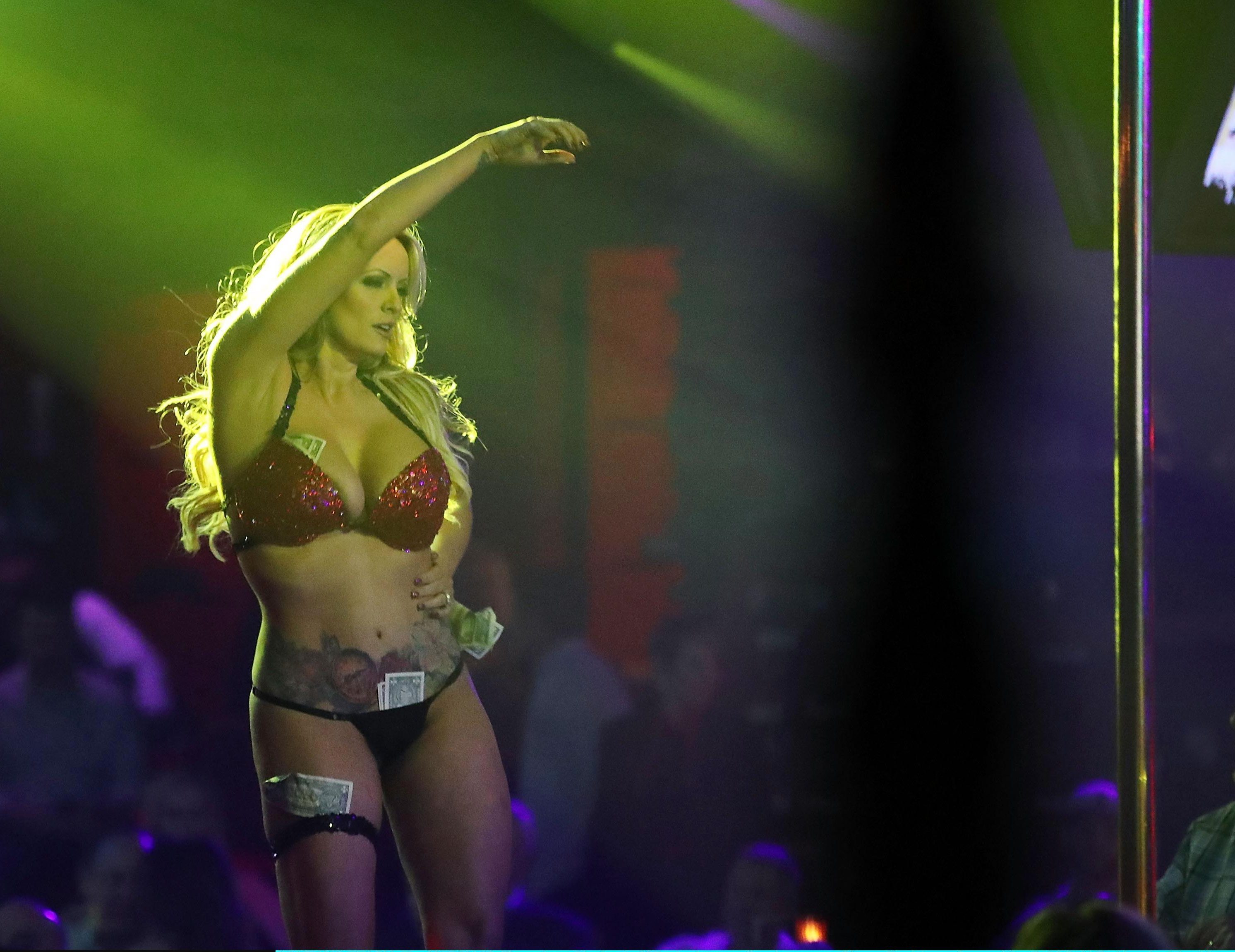 Stormy, who appeared in 2007 romcom Knocked Up, said Trump told her not to worry about his marriage to Melania.

The pair had sex, which was “nothing crazy”, according to the model.

Stormy added: “I actually don’t even know why I did it, but I do remember while we were having sex, I was like, ‘Please, don’t try to pay me’.”

She told US TV show 60 Minutes in March — in an interview watched by an incredible 23million viewers — of how she was allegedly THREATENED by a mystery man to keep quiet. 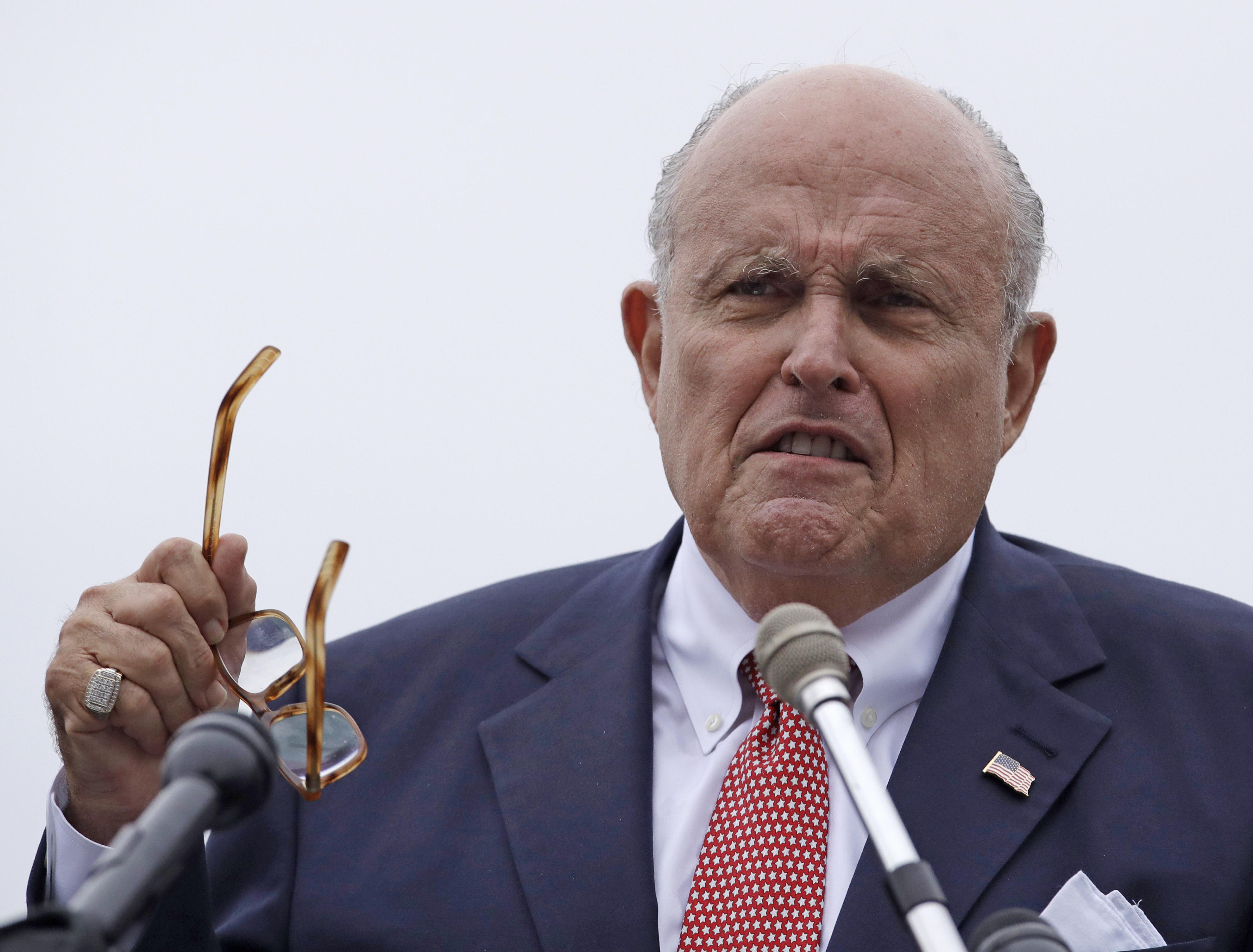 The thug allegedly approached her in a car park in Las Vegas, prompting her representatives to release a sketch of the culprit.

Stormy recalled: “A guy walked up on me and said, ‘Leave Trump alone. Forget the story’.

“Then he leaned around and looked at my daughter and said, ‘That’s a beautiful little girl. It’d be a shame if something happened to her mum’.

Then he was gone. I was rattled.” 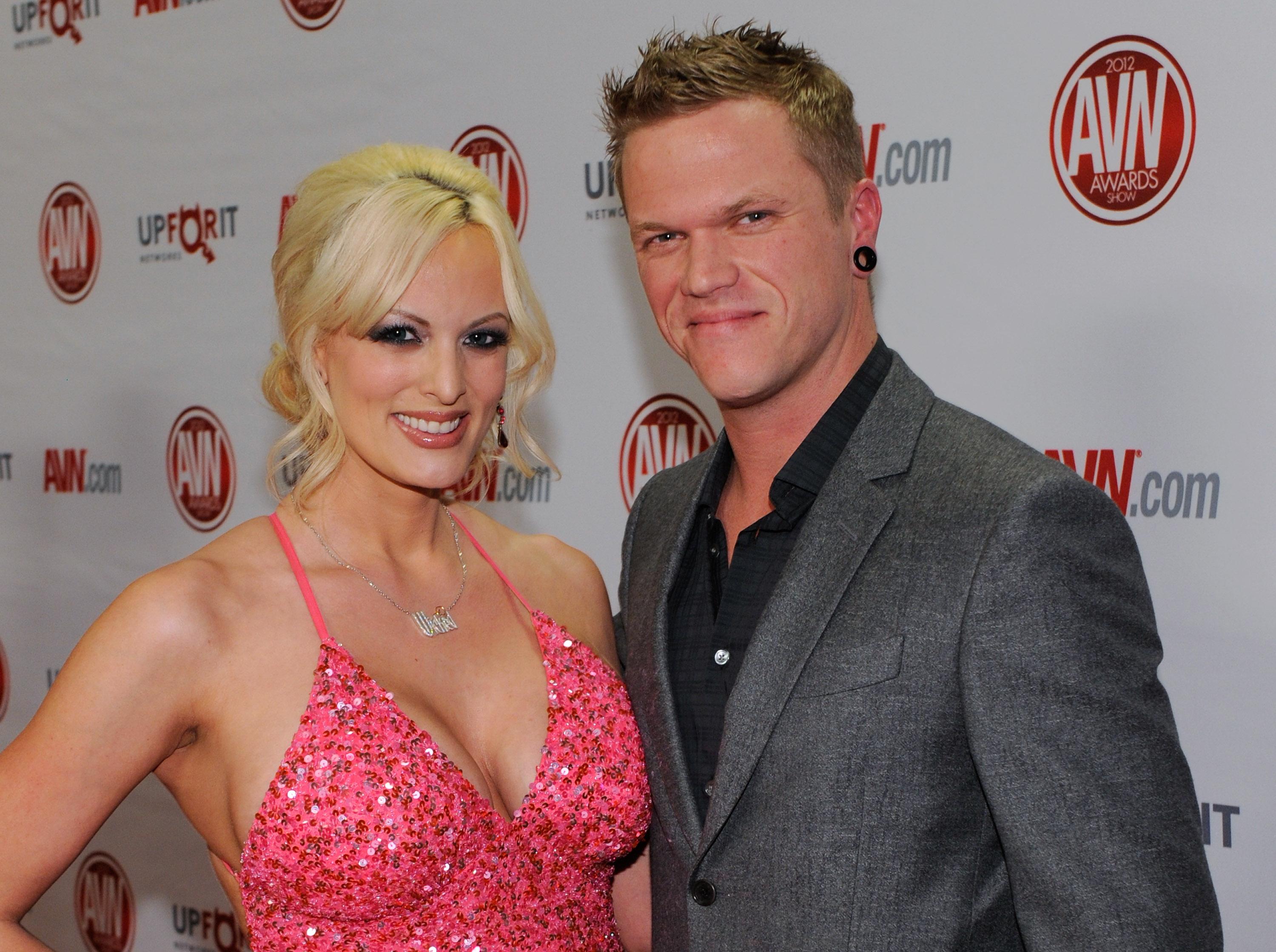 Cohen, who worked at the Trump Organisation for more than a decade and continued to serve as Trump’s personal lawyer after the 2016 election, has admitted paying off Stormy.

In April this year, aboard Air Force One, Trump insisted he did not know Stormy had been paid by Cohen.

This was contradicted a month later by Trump’s new lawyer, former New York Mayor Rudy Giuliani, who said the President had paid Cohen back.

After Cohen’s court admission on Tuesday, a delighted Stormy, who pulled out of Celebrity Big Brother last week, tweeted: “How ya like me now?! #teamstormy.” 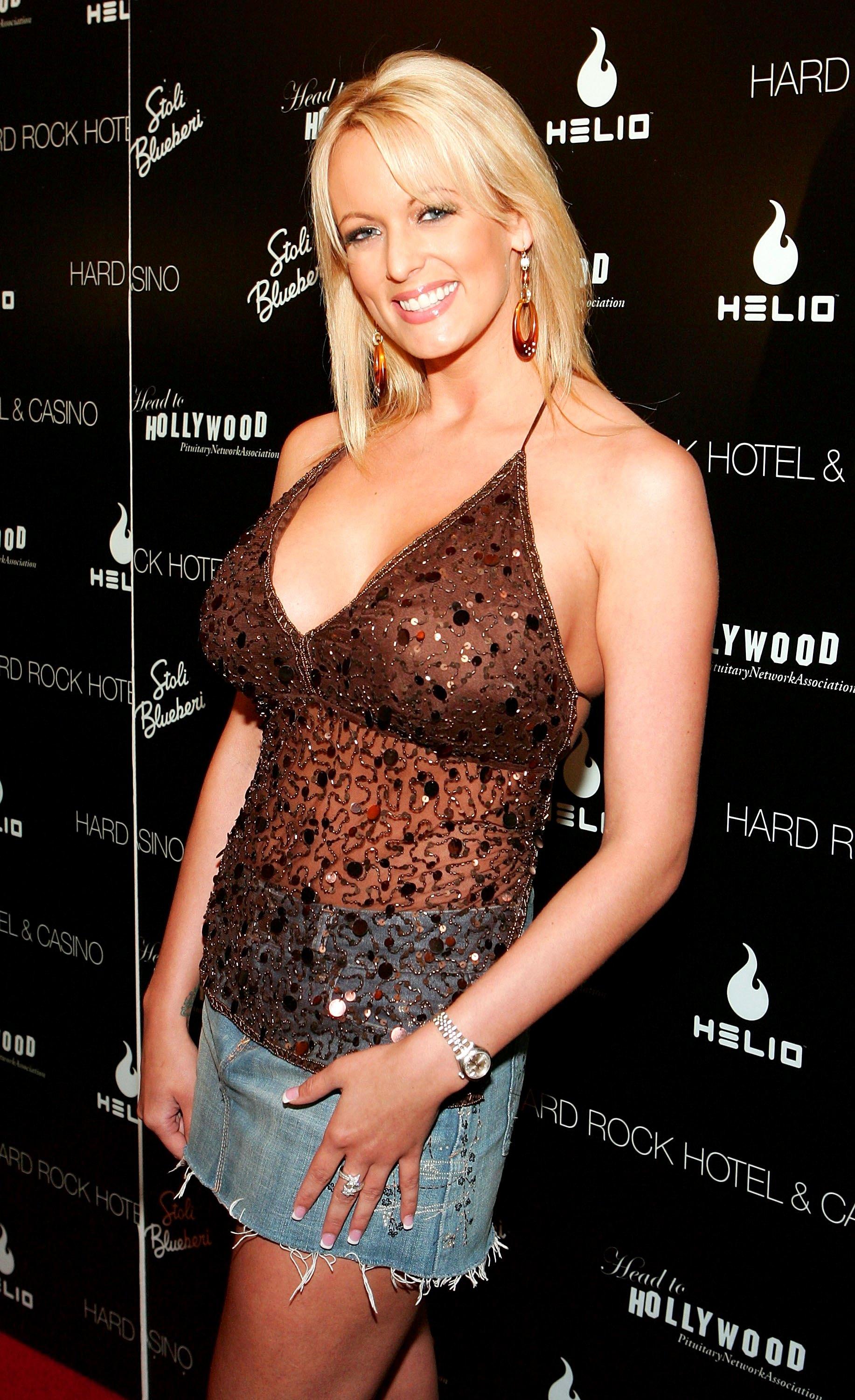 The charges were dropped the following day.

Glendon accused his wife of adultery. 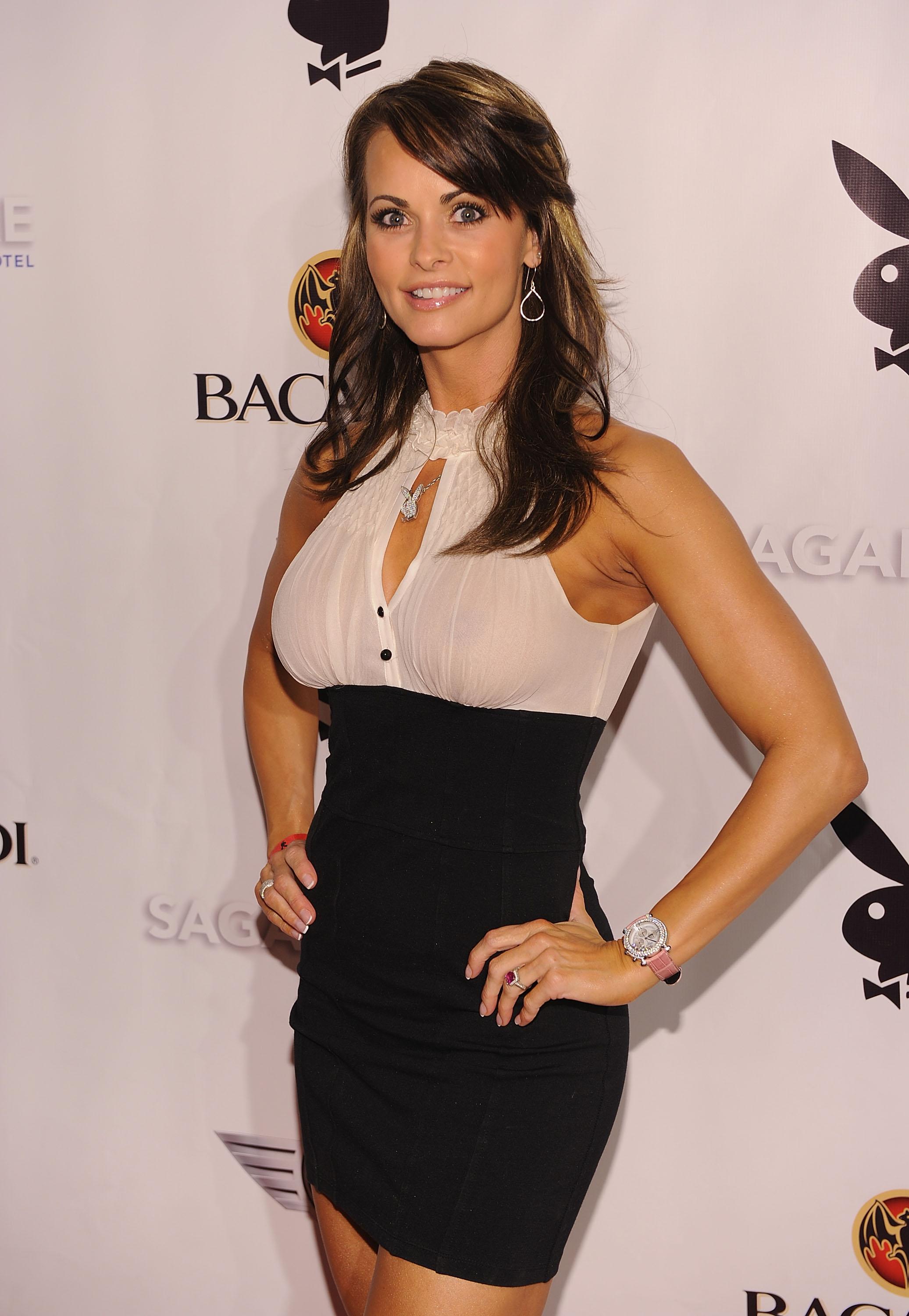 Stormy, speaking of Trump on TV’s Loose Women this week, said: “I think he’s a man who’s gotten in over his head.”

By contrast, former Playboy bunny Karen, 47, has kept a lower profile, despite describing in interviews how she bedded Trump “dozens” of times during a ten-month affair.

While Stormy hoped that Trump would not try to pay her after their night together, that is exactly what he tried to do after meeting Karen at the Playboy mansion in 2006.

The model, then 35, told how she and Trump had sex on their first date — but she went home “crying in the back seat of a car” after he tried to pay her. 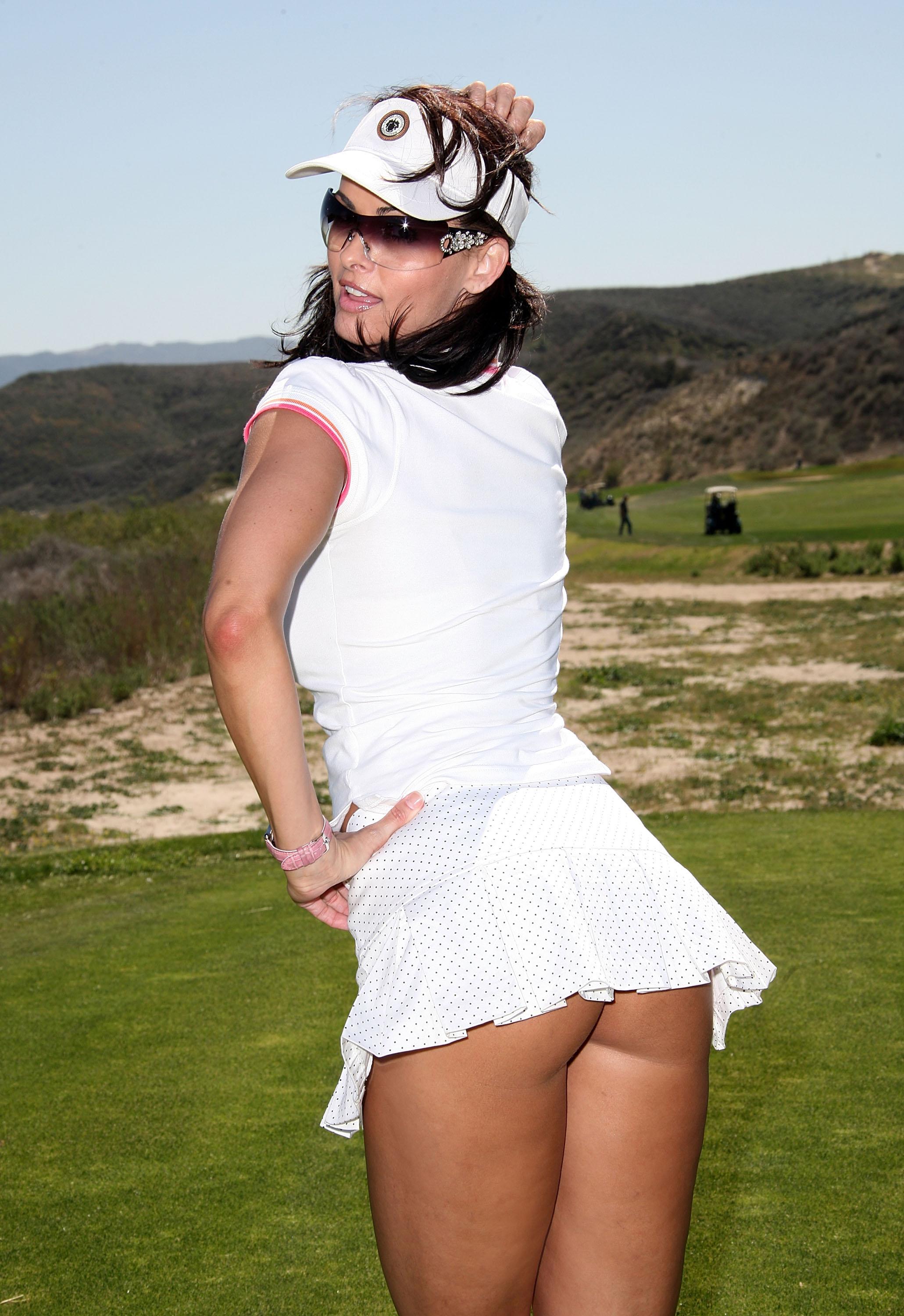 She said: “After we had been intimate, he tried to pay me.
I don’t even know how to describe the look on my face. It must have been so sad.”

Later that year she was given an apartment in New York City as a Christmas gift by Trump.

She said that Trump would often brag about his daughter Ivanka, 36, and that he would tell her she was just as pretty as her.

I thought I was the only one

But she also recalled feeling guilty when she went to Trump’s apartment and he showed her Melania’s separate bedroom.

Karen said: “I thought maybe they were having issues. I couldn’t wait to get out of the apartment.”

During their affair she also featured in a photo with Melania and Trump at a party, at which she says she “tried to keep her distance” from the now First Lady.

Karen expressed regret over the affair, adding: “When I look back, I know it’s wrong. I’m really sorry for that. 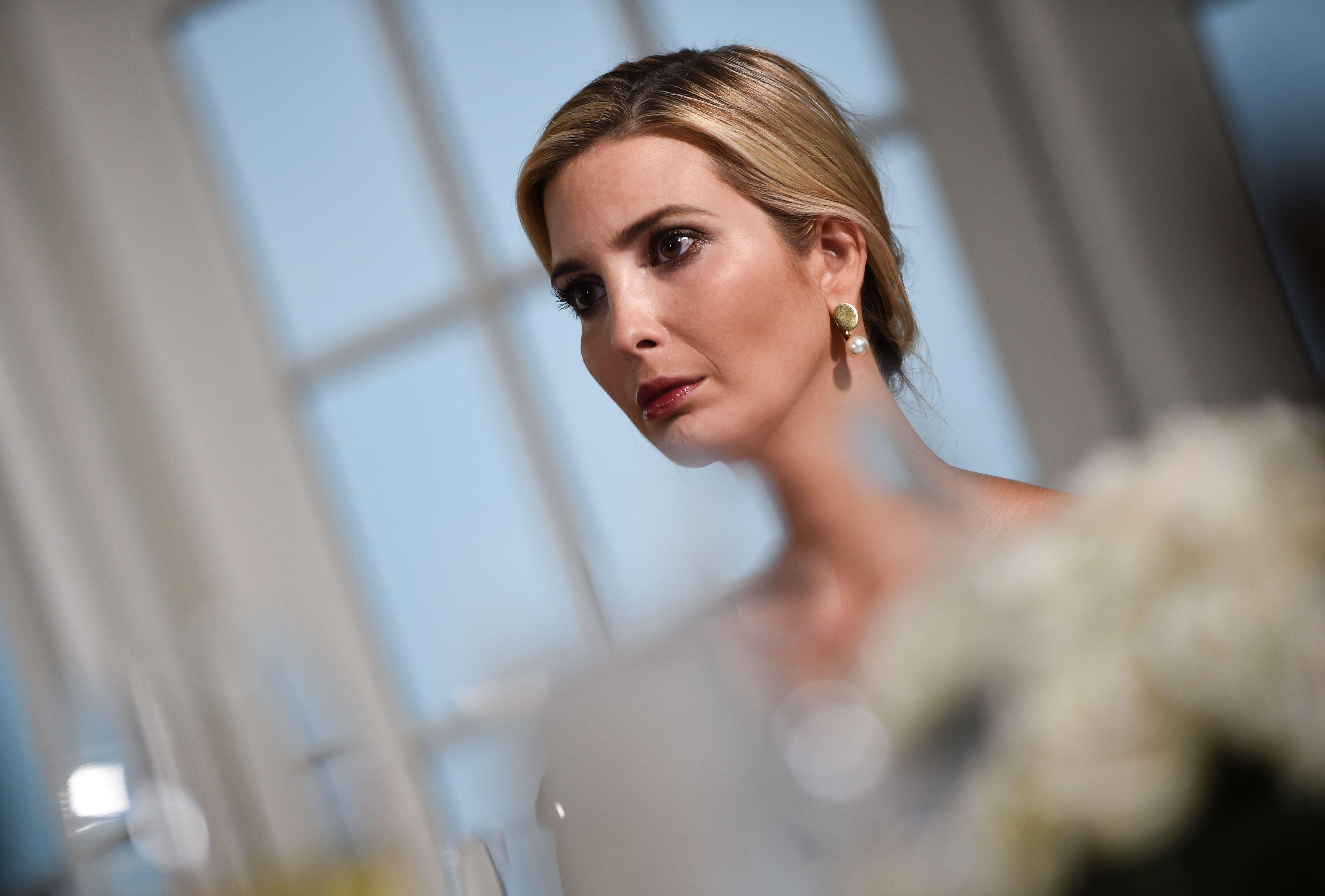 "I know it’s the wrong thing to do. There was a real relationship there and I was kind of out of sight, out of mind with everything else.”

Karen, named the 1998 Playboy Playmate of the Year, added: “He always told me he loved me. 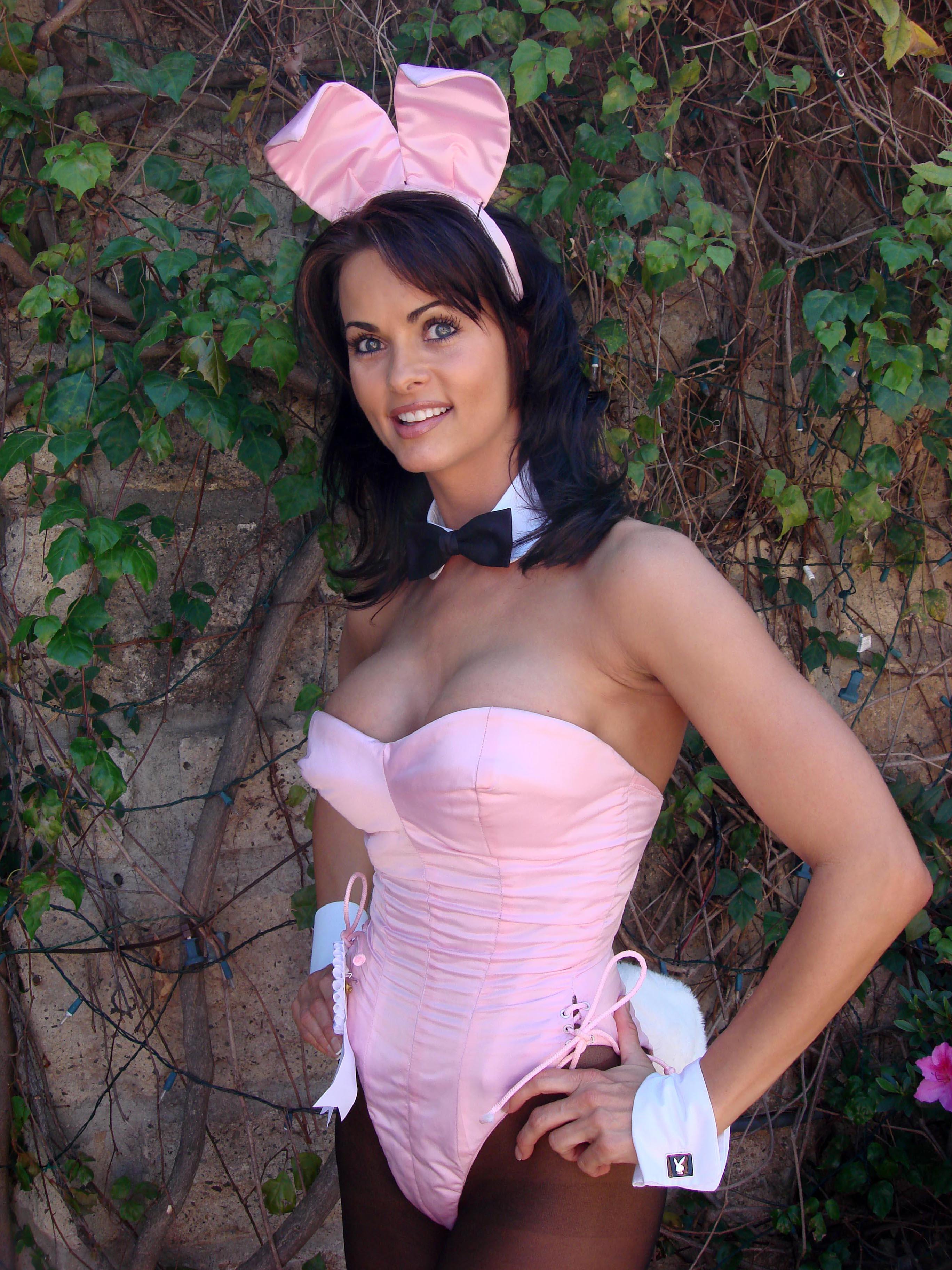 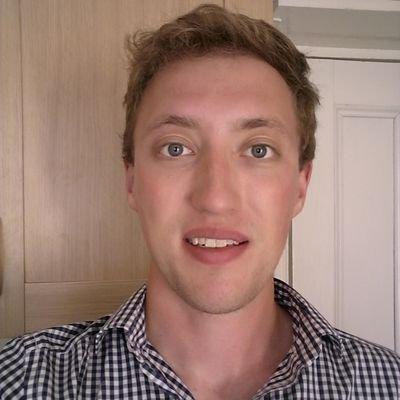 “There were feelings between the two of us.

I didn’t know he was intimate with other ladies.

I thought I was the only one.

“The only regret I have about the relationship that I had with Donald was the fact that he was married.

If he weren’t married, I wouldn’t have any regrets because he treated me very kind.”

Whether Karen and Stormy will be Trump’s undoing remains to be seen.

Richard Johnson, a US politics professor at Lancaster University, doubts whether Republican senators would be willing to convict a Republican President if he was impeached.

But as Trump laughs off the scandal on Twitter, he is likely to need to save his sense of humour for the rocky months ahead.

How The President Could Go 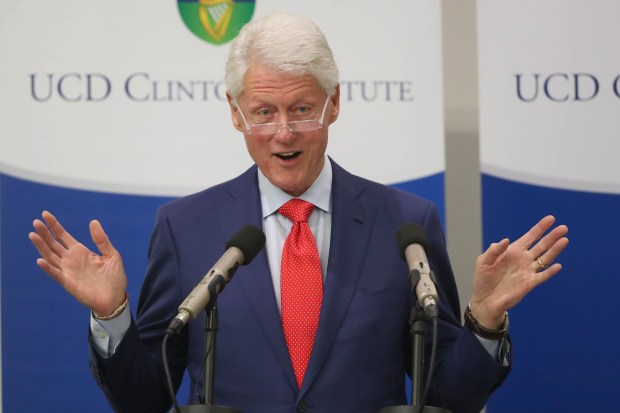 IMPEACHMENT is when Congress puts the President or another official on trial for what the US constitution calls “Treason, Bribery, or other high Crimes and Misdemeanours”.

A ballot in the House of Representatives determines if the case goes to a second vote in the Senate, which can then decide to force the President out of office – but only if two-thirds agree.

If Trump goes, Vice President Mike Pence will take over.

Bill Clinton was impeached in 1998 and 1999 on charges relating to a sexual harassment lawsuit – but later acquitted. In 1868, President Andrew Johnson was acquitted by one vote.