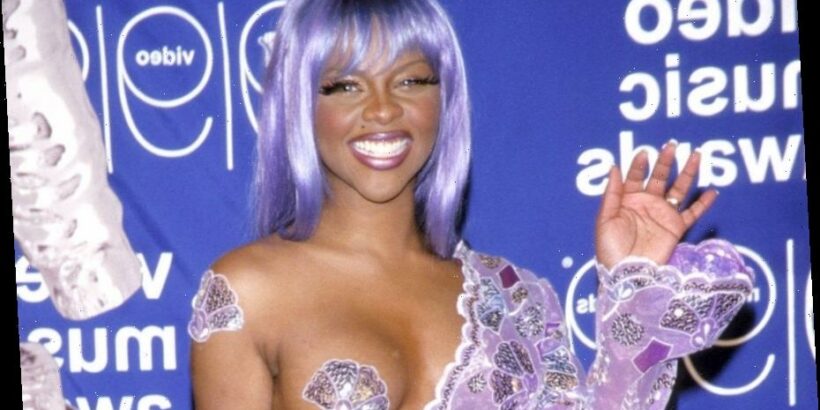 When Diana Ross shows your outfit some love. You know you have a winner. This unforgettable look was Kim’s ensemble for the 1999 MTV Video Music Awards and quite possible the most talked about ensemble of the evening.

The Queen Bee gave us major princess vibes in this shimmering ensemble at the 1999 VH1/Vogue Fashion Awards.

Get into this sparkling bib necklace, lace up bustier and knee-high chained boots!

Kim coordinated with the red carpet in biker chic look at the 44th annual Grammy awards.

The 1998 Lady of Soul Awards wasn’t ready for this! Lil’ Kim’s bejeweled, caged headpiece and studded dress is a look for the books.

Come through Cleopatra! Kim gave us ancient Egyptian vibes at the 1997 MTV Music Video awards rocking a jeweled headpiece with a bra and skirt set to match.

Lil’ Kim came into the new millennium with a bang in this fiery red hot look for the 2000 MTV Video Music Awards .

Only Lil’ Kim could pull off this sparkling fringe moment, worn to the 3rd Annual Soul Train Lady of Soul Awards.