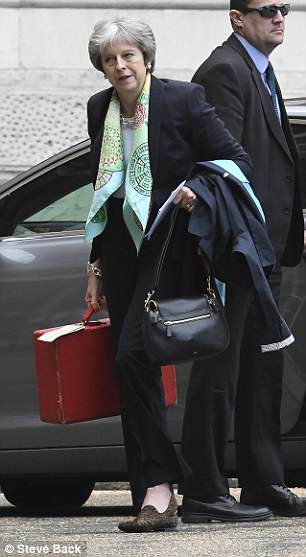 Theresa May is fighting to keep her Brexit plans on the road today as she faces a series of nailbiting votes on the EU Withdrawal Bill.

The Prime Minister’s flagship legislation is on a knife edge as the government bids to reverse a slew of amendments imposed by the House of Lords.

The threat of catastrophic defeat for Mrs May seems to have receded after Tory rebels agreed to put off a showdown over whether Britain should stay in a customs union with the EU.

But there is still a serious prospect that the government could lose on demands for parliament to be given a so-called ‘meaningful vote’ on any final Brexit deal.

The Lords had insisted that Parliament be put in charge of negotiations if MPs did not accept the terms sealed with the EU, effectively undermining Mrs May’s position.

Mrs May could yet accept a compromise tabled by former Cabinet minister Dominic Grieve today, which would force the government to come up with a new strategy in the event of the Brexit deal being rejected, and put that to MPs again for approval.

David Davis this morning stepped up warnings that Britain’s negotiating leverage would be seriously damaged if key amendments were not overturned.

Last night Mrs May delivered a direct warning to backbench Tory MPs that any defeats would encourage Brussels to turn the screw. 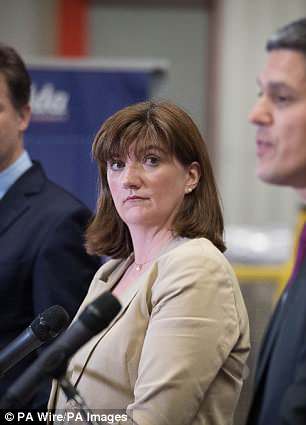 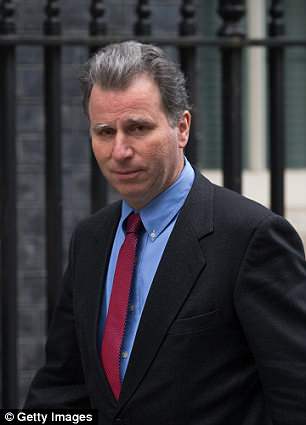 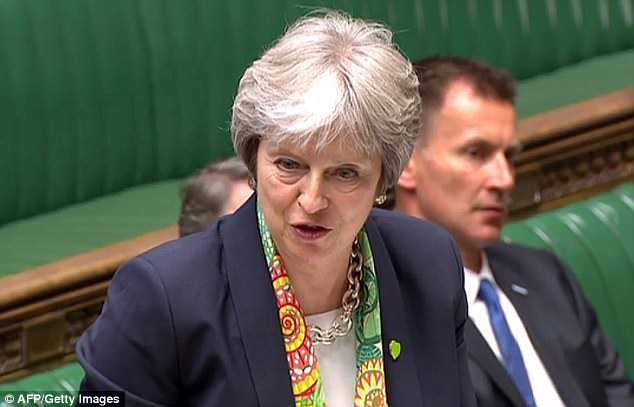 Last night former education secretary Nicky Morgan, a leading Remainer, indicated she would support Mrs May in tomorrow’s vote on an amendment designed to keep Britain in a customs union with the EU.

Mrs Morgan said she would back a compromise plan – with the words ‘customs union’ being replaced with ‘customs arrangements’ – adding that it would help ‘buy time’ for the Prime Minister ahead of a crunch Brussels summit at the end of this month. The fudge was put together by another former minister, Oliver Letwin.  Asked whether the deal was ‘kicking the can down the road, Mr Letwin said: ‘That is a very sensible thing to do.’

The big moments will come this afternoon – when MPs debate calls for Parliament to be given a so-called meaningful vote on the final Brexit deal – and tomorrow, when they debate the customs union.

What are the 15 Brexit wrecking amendments passed by peers

Here are the 15 Brexit Bill defeats inflicted by peers:

Tory whips are particularly anxious about the so-called ‘meaningful vote’ amendment, with rumours that concessions last week could be pushed further.

The outcome could rest on the position of a handful of Brexit-supporting Labour MPs.

Passing the amendment would mean a major shift away from the UK’s existing constitutional settlement – which gives the executive powers to negotiate treaties.

Mr Grieve told the BBC’s Newsnight last night that he would be tabling a compromise proposal.

‘I hope very much the government will look at that, because I think it provides a solution which would satisfy everybody,” he said.

“If it’s not accepted, I will have to consider very carefully tomorrow — I might well vote against the government. I’ve made that quite clear.”

Addressing the 1922 Committee of backbench MPs last night, Mrs May said: ‘We must think about the message Parliament will send to the European Union this week. I am trying to negotiate the best deal for Britain.

‘I am confident I can get a deal that allows us to strike our own trade deals while having a border with the EU which is as frictionless as possible. But if the Lords amendments are allowed to stand, that negotiating position will be undermined.’

Mrs May is keen to send a clear message to Brussels and the Lords by showing she can deliver on her Brexit legislation. Ministers have accepted one minor Lords amendment and will seek to amend or overturn a further 14 in the coming 48 hours.

Former Chancellor Ken Clarke said he would back the measure, adding: ‘Without our involvement, the Government will face the same situation it faced last week, when the final agreement comes round, because the Brexiters will give threats and briefings against any deal unless they’re satisfied with it.

‘They will have a veto, and Parliament will have no effective control.’

Party whips were last night understood to be close to a deal with Tory Remainers designed to avert defeat tomorrow on the amendment designed to keep Britain in the customs union. 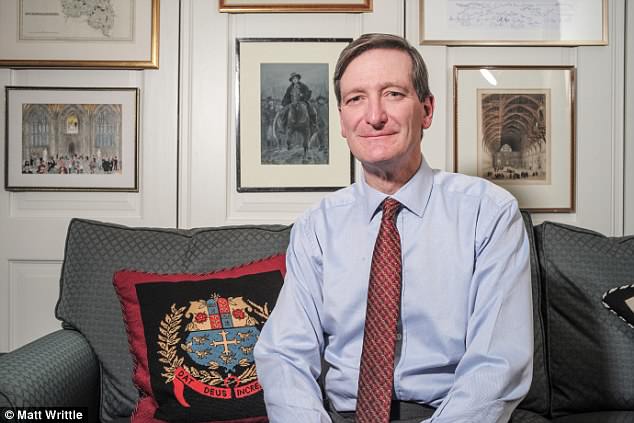 Mrs May could yet accept a compromise tabled by former Cabinet minister Dominic Grieve (pictured), which would force the government to come up with a new strategy in the event of the Brexit deal being rejected, and put that to MPs again for approval

It would require ministers to report back to Parliament on the efforts they had made to keep Britain in a customs union with Brussels.

Solicitor General Robert Buckland predicted the Tory rebellion would fizzle out. ‘We will hang together or we’ll all hang separately,’ he said.

But Mr Clarke said Donald Trump’s approach to trade made it vital to stick close to the customs union and single market. ‘We are going to need it more in the future than in the past,’ he said.

However, others plan to keep their powder dry until next month when they will use the Trade Bill to push for membership of a customs union with the EU.

Meanwhile, Jeremy Corbyn is trying to contain a Labour rebellion over membership of the single market. Dozens of his MPs are expected to defy his order to abstain on an amendment that would keep the UK in the European Economic Area.