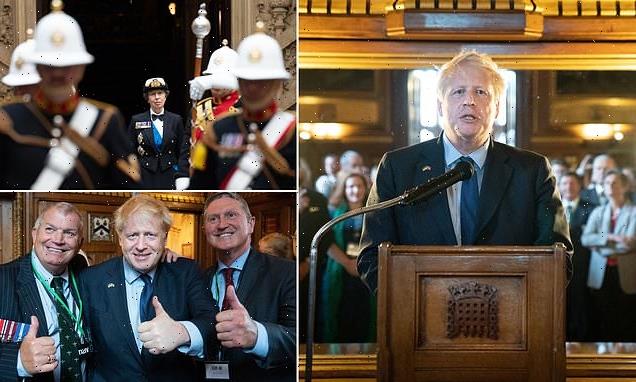 Prime Minister Boris Johnson has said he may visit the Falklands for the first time now ‘things are a bit quieter in Westminster’ as he paid tribute to veterans of the conflict.

The Prime Minister was speaking at an event to commemorate the 40th anniversary of the Falklands War earlier this evening and praised the veterans who liberated the islands from the Argentinian invaders.

The PM said he was ‘ashamed’ to say he thought he was the only one of the speakers never to have been to the British overseas territory ‘so far’.

But he said: ‘Now things are a bit quieter in Westminster, perhaps I may be able to go before too long. Things seem relatively peaceful.’

Mr Johnson was addressing an audience at a reception in Speaker’s House.

His comments came less than 24 hours after rebel Tory MPs attempted to kick him out of No10 in a row centred on Partygate which resulted in a bruising confidence vote. 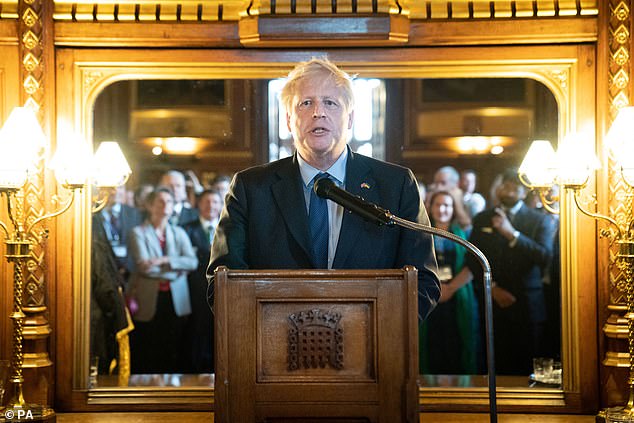 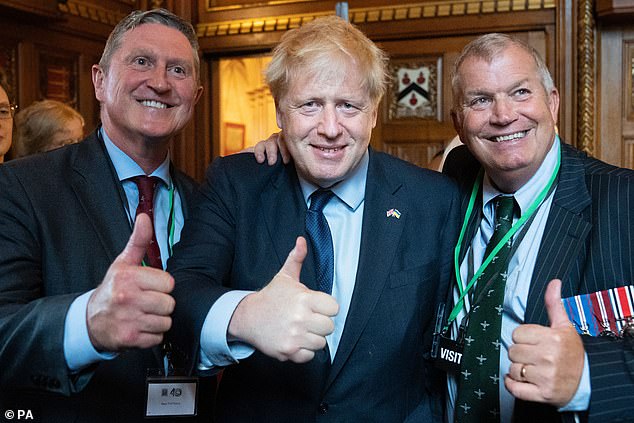 On a day of high drama at Westminster yesterday, including two resignations from government and Jeremy Hunt openly calling for Mr Johnson to go, Tory MPs voted by 211 to 148 that they still had confidence in Mr Johnson.

During his speech, the Prime Minister said Britain’s armed forces achieved what ‘many thought was impossible’ during the conflict.

He added: ‘I remember – I was still at school – I remember the horror of learning of the fate of HMS Sheffield, of the Atlantic Conveyor, and the real thought that things could go the other way, and our country might really face a disaster in the South Atlantic.

‘Yet our armed forces achieved what many thought was impossible and liberated the people of the Falkland Islands from occupation by military junta.’

Mr Johnson said the Falklands War was about fighting for the ‘essential principle’ that people everywhere have a ‘sovereign  right to decide their own destiny’.

He said: ‘We were fighting for the essential principle that the Falkland Islanders, like people everywhere, have a sovereign right to decide their own destiny and choose their own loyalty. 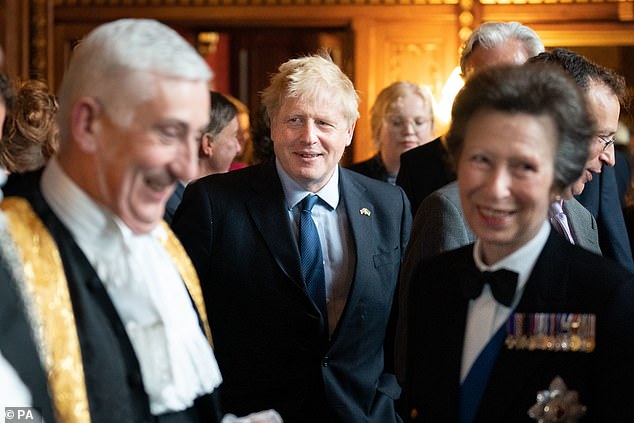 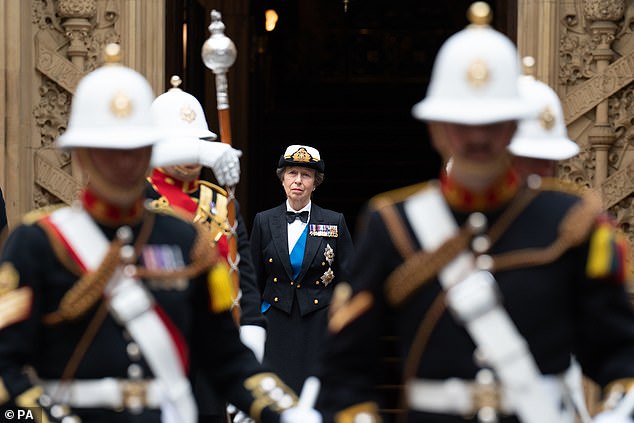 The Princess Royal attends a special Beating Retreat ceremony by the Band of Her Majesty’s Royal Marines hosted by the Speaker of the House of Commons, Sir Lindsay Hoyle, today

‘As we look at the world today, we can see all too obviously how that principle is still in peril and still needs defending.

‘There is always some dictator testing whether this country and our friends are really willing to stand up for that principle, which is the essential basis of a peaceful world.

‘Forty years ago in the Falklands, our armed forces showed that we would stand up for what was right.’

Other speakers included Princess Anne, who last visited the Falklands in 2016 and had earlier today witnessed a performance of the Beating Retreat ceremony by Her Majesty’s Royal Marines in Speaker’s Court.

Anne said that from her experience, a visit to the islands was always ‘well worth the effort’.

‘That constant feeling of gratitude from the islanders and understanding of what was achieved is still very much felt. It’s always a pleasure to go there,’ she said.

She also paid tribute to the veterans of the conflict, saying: ‘Your courage and skill in battle was thoroughly tested and found to be exemplary. And this nation owes you all a huge debt of gratitude.’