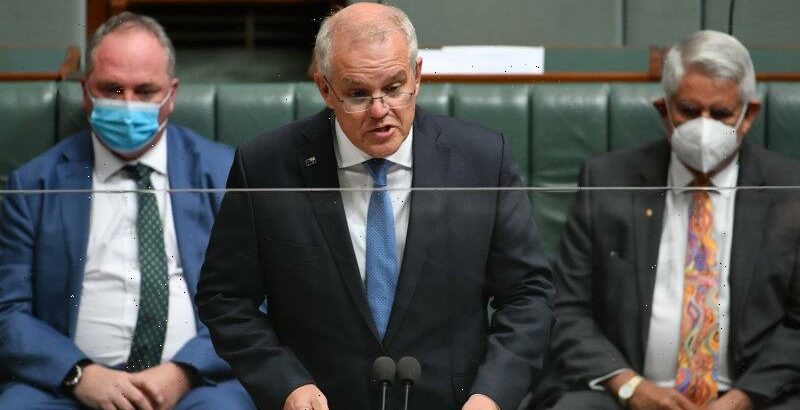 Aboriginal leaders have responded with fury to a speech by Prime Minister Scott Morrison in Parliament on Monday in which he emphasised the benefits of forgiveness when commemorating the national apology to Indigenous people 14 years ago.

Former Northern Territory commissioner on the inquiry into the Stolen Generations Marcia Langton likened Mr Morrison’s approach to a parlour game, while the First People’s Assembly of Victoria, which is responsible for developing a treaty with the state government, responded simply: “Get in the bin.” 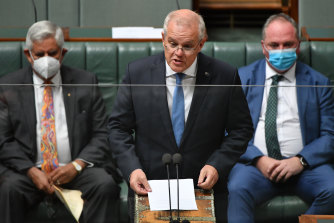 Prime Minister Scott Morrison on the anniversary of the 2008 apology to Indigenous Australians.Credit:AAP

In a speech delivered to mark 14 years since the Rudd government issued the Apology to Australia’s Indigenous Peoples, Mr Morrison said an apology “involves … standing in the middle ground exposed, vulnerable and seeking forgiveness”.

Forgiveness was “an act of grace,” he added. “It’s an act of courage. And it is a gift that only those who have been wounded, damaged and destroyed can offer. I also said 14 years ago, ‘sorry is not the hardest word to say, the hardest is I forgive you’.”

He added that forgiveness “does lead to healing. It does open up a new opportunity. It does offer up release from the bondage of pain and suffering.”

However, Professor Langton urged all ministers participating in the annual memorial of the apology to gain a greater understanding of the sensitivities surrounding it.

“If people have been severely traumatised, it is very damaging to them to be told how to behave. You can’t make traumatised people play by parlour game rules,” she told The Age and The Sydney Morning Herald.

“With all due respect to the Prime Minister and his Christian belief in forgiveness, and knowing about these cases as I do from working as the assistant commissioner in the NT, I’d have to say that one must be very respectful of the victims and their capacity to navigate their way through very severe intergenerational trauma.

“There just is no easy route and I think it is completely the wrong approach to suggest to them how they should conduct themselves. It’s entirely inappropriate.”

In a ministerial statement to mark the anniversary of the apology, Minister for Indigenous Australians Ken Wyatt said: “The trauma experienced is, for some, unspeakable.

“For others, telling their story continues to be an important part of their healing. This is truth-telling. It’s personal. Raw. Within living memory. It’s a truth that we should never forget.”