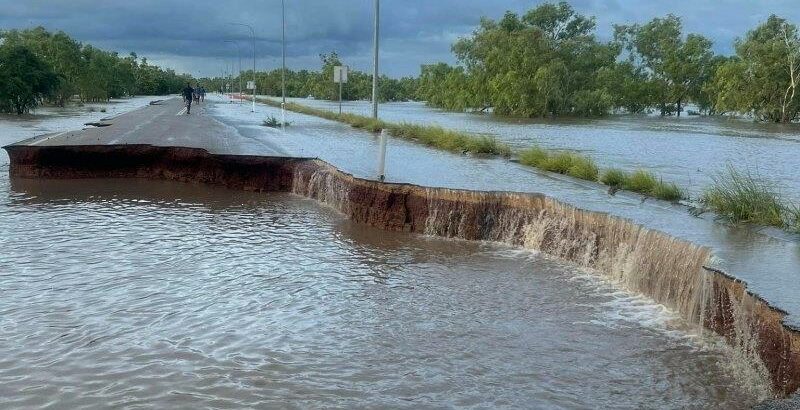 Prime Minister Anthony Albanese is in Western Australia to visit the remote Kimberley region and view the devastation caused by record flooding.

Recovery efforts have begun in the desert town of Fitzroy Crossing which has borne the brunt of floodwaters now heading west.

Hundreds of residents who fled the region are still waiting to return home.

Food and supplies are being flown into the cut-off town by the plane load as damage assessment teams look to give people the green light to come home.

The prime minister’s office announced late on Sunday that he was in WA to visit the flood-affected communities alongside Premier Mark McGowan, Emergency Management Minister Murray Watt and WA senator Pat Dodson.

The prime minister and the WA premier are expected on Monday to announce a joint arrangement for disaster recovery funding for flood-hit communities.

Several other Kimberley communities are expecting flood peaks by the end of Monday from conditions that have caused the Fitzroy River, which cuts across the region, to swell as wide as 50 km in some parts. 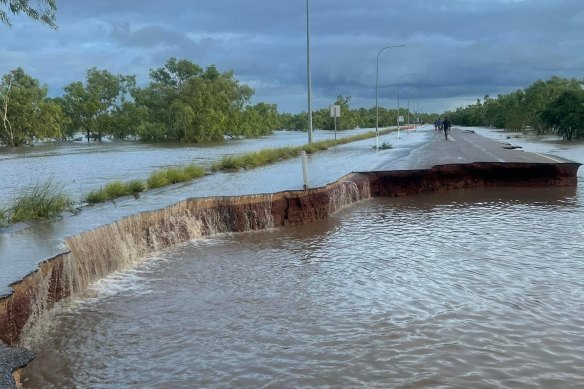 Many WA roads and bridges have been damaged due to the floods. Credit:Suzanne Smith

Emergency services have evacuated or relocated 233 people from the area and responded to 54 calls for help.

On Sunday evening, McGowan took to Facebook to say that many roads along the Fitzroy River catchment have become impassable.

Footage posted to the Fitzroy Crossing Notice Board Facebook page shows an entire road swept away by floodwaters.

“Residents are advised to take extreme care and stay away from power supplies within flooded areas,” McGowan wrote. “All power supplies should be considered live.

“This situation is still evolving and is proving to be extremely challenging for residents in the region.

“I’d like to thank everyone who is continuing to help protect these communities.”