The man trespassed into the famous reserve in hopes to score a kill, but was instead crushed to death by an oncoming elephant. The victim, who has yet to be named, was then devoured by a group of lions. His three friends who witnessed the attack ran out of the nature reserve and contacted the man’s family. They alerted the park’s ranger service and on Wednesday and a full foot search of the area was launched to find the man’s body.

His body was later recovered near the Crocodile bridge section of the park, but only his skull and a pair of pants were found.

Don English, the Skukuza Regional Ranger said: “Indications found at the scene suggested that a pride of lions had devoured the remains leaving only a human skull and a pair of pants.”

Glenn Phillips, managing executive of the reserve said: “Entering Kruger National Park illegally and on foot is not wise, it holds many dangers and this incident is evidence of that.

“It is very sad to see the daughters of the deceased mourning the loss of their father, and worse still, only being able to recover very little of his remains.” 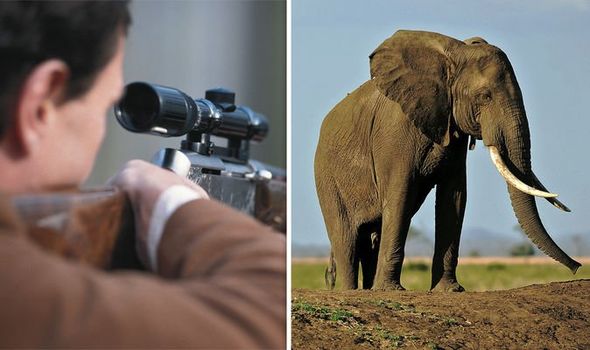 The victim’s three friends, who also trespassed the nature reserve, were arrested.

Brigadier Leonard Hlathi, police spokesman said: “The suspects appeared yesterday, April 5, 2019, at the Komatipoort Magistrate’s Court facing charges of possession of firearms and ammunition without a licence, conspiracy to poach as well as trespassing.

“Upon their appearance, the court remanded them in custody and will reappear at the same court on April 12, 2019, pending a formal bail application. 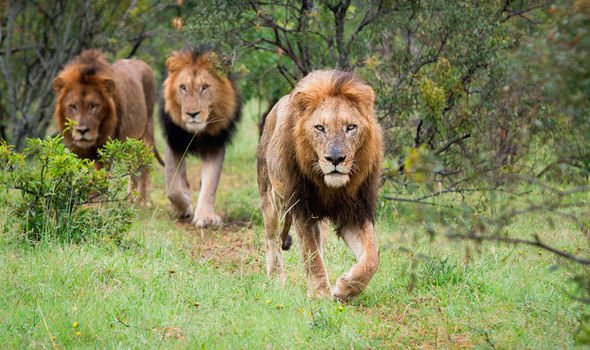 “An inquest was opened in connection with the dead suspect.”

In 2017, a hunter was crushed to death by an elephant he was trying to kill at a private nature reserve in Namibia.

Jose Monzalvez, 46, was tracking the elephant’s herd when one unexpectedly charged at him before he found a spot to aim and shoot.

According to local police, Mr Monzalvez had a valid hunting permit which allowed him to legally track game in the African bush.