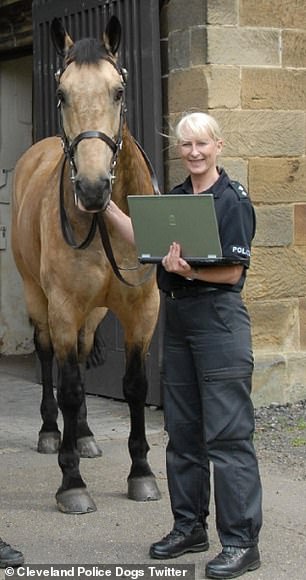 Bev Gill (pictured), a superintendent with Cleveland Police, is accused of suppressing evidence against Simon Hurwood, a force detective outed as a manipulative sex fiend.

A police chief has been suspended over allegations she subdued an investigation into a ‘dirty detective’ who pestered colleagues into sex, it was revealed today.

Bev Gill, a superintendent with Cleveland Police, is accused of suppressing evidence against Simon Hurwood, a force detective outed as a manipulative sex fiend.

Hurwood, 53, described as ‘creepy and sleazy’ by his victims, used his position to have sex with lower ranking officers in police cars and his office in Cleveland Police’s Professional Standards Department.

He was found guilty of gross misconduct this week and will never serve on the force again.

Anonymous emails from disturbed colleagues were sent to Cleveland’s professional standards department, which Ms Gill, 50, had run previously, according

She has been suspended while officers investigate whether she should or could have acted to stop him.

Ms Gill was not named by her force last night but did say their probe will look at whether anyone ‘failed to take appropriate measures once they were made aware of Hurwood’s behaviour, and wider potential breaches of standards of professional behaviour’.

Hurwood’s police career ended a week ago after 21 women came forward to complain about his investigation.

But controversially he will still keep all except the final two years of his pension contributions. 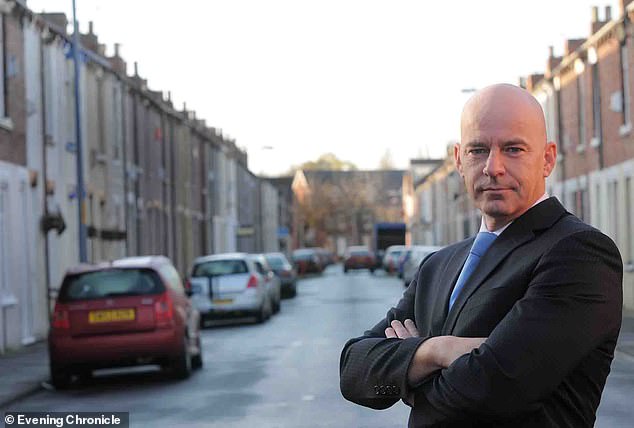 Hurwood, 53, was described as ‘creepy and sleazy’ by the women he made advances towards and 21 women made complaints about him before he was kicked off the force

Over the last 15 years, Hurwood ingratiated himself with 21 women by targeting them at times of weakness of personal unhappiness, a misconduct panel was told.

He would often bring up hardship in his own life in an attempt at empathy.

But he would follow if up with sexual texts, questions about the colour of their knickers and requests for sexual videos and photographs.

Some of the women consented to sex but said they only did so because he was senior in rank and they did not know how to say no to him.

One woman told the panel: ‘When he used to be in the car with me he talked about having sex and he said “when we do have sex it will be as if I was gonna rape you because that’s what girls like”.’

Another told how he pestered her about sexual role play in online messages, including one ‘disturbing’ scenario in which he would be the headmaster and she a schoolgirl.

Simon Mallett, chairman of the police disciplinary panel which heard the complaints, said: ‘Simon Hurwood was treating the professional standards department as a personal recruitment centre for his own sexual gratification.’

Hurwood was arrested in March but the Crown Prosecution Service felt his offending fell below the line of criminality.

An internal investigation then led to a police misconduct hearing that had him kicked off the force.