Police frogmen were today searching a pond on Hampstead Heath for the body of a man who went missing eight years ago after he failed to show up at his daughter’s 18th birthday party.

Robert Duff, then 37, was reported missing in January 2013, with his family describing his disappearance as ‘completely out of character’.

His case was treated as a missing persons inquiry until 2018, when a new witness came forward following an appeal on ITV London Tonight. Officers began a murder inquiry and have been searching bodies of water near to where he was last seen. 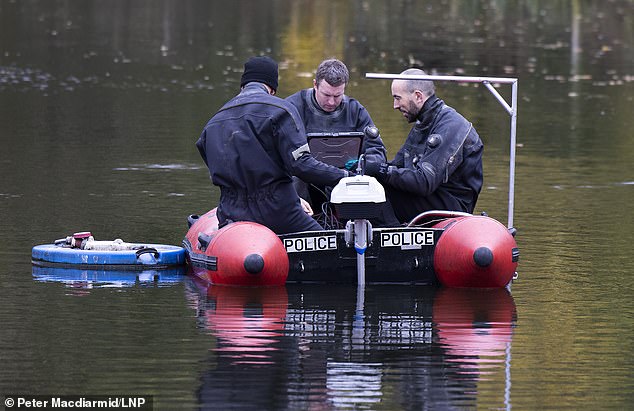 Robert Duff, then 37, was reported missing in January 2013. Today, specialist police frogmen were seen searching Hampstead No 1 Pond for his body

Today, specialist divers were seen searching Highgate No 1 Pond on Hampstead Heath, which is next to the famous Men’s Bathing Pond.

Reacting to the search, his mother Helen Duff, 67, said: ‘As a family we have mixed feelings after this announcement, the prospect that Robert could be at the bottom of a pond I walk past regularly is quite upsetting.

‘It would raise questions about what happened to Robert, and who did something terrible to him and why.

‘But it would also bring some closure to us and his daughters about where he is so we hope someone comes forward with information on the back of this.’

Ms Duff went on to describe her son as a ‘family-orientated’ man who was ‘loved by everyone’, adding that he is ‘in her thoughts everyday’.

On the police investigation, Ms Duff said she complained to the police watchdog, then known as the Independent Police Complaints Commission, as she felt officers failed to take appropriate actions. 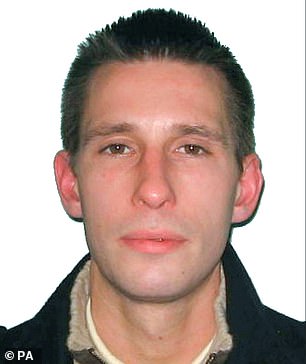 Police believe Mr Duff – who would today be 45 – was involved in a fight with two men on the day he disappeared, and was killed that night

Ms Duff said: ‘I think the initial investigation was an absolute shambles because it wasn’t taken seriously.

‘I complained … at the time, as the appropriate steps weren’t taken even though we told them that Robert’s actions were completely out of character.

‘There’s not really been any progress and had they been quicker there could be a lot more evidence.

‘It feels like a lot of time has been wasted and evidence lost.’

Police believe Mr Duff – who would today be 45 – was involved in a fight with two men on the day he disappeared, and was killed that night.

He had been to a flat in Bredgar Road, Archway, north London, on the night and several people were there.

On May 14 2018, two men aged 70 and 51 were arrested on suspicion of murder in Archway and questioned before being released under investigation.

Ms Duff added: ‘I just hope someone says something if they know anything, as a family we’ve lost a son, a father, a brother.

‘We’ve been in limbo for almost eight years so we need to get closure and hopefully justice.’ 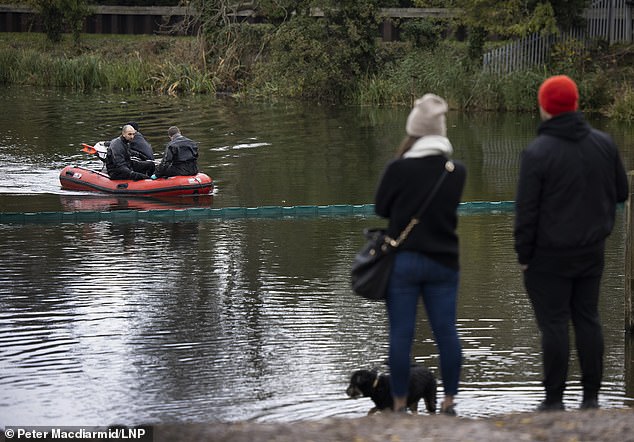 Specialist divers seen today searching Highgate No 1 Pond, which is next to the famous Men’s Bathing Pond.

Detective Inspector Tom Williams said the search of the pond would continue over the ‘coming weeks’.

He said: ‘My team remains committed to finding Robert and providing the answers that his family are so desperately longing for.

‘Understandably, while this search is ongoing, this will be an incredibly distressing time for Robert’s family. I would ask anyone who has information about where Robert is, or what may have happened to him, to contact police.

‘Not knowing what has happened to a loved one is a torment no family should endure. If you can help, please do the right thing and contact police and give Robert’s family the closure they deserve.’