Kevin Clegg, 51, served in the army before becoming a police officer with the Civil Nuclear Constabulary

A former solider and  police firearms officer killed himself after he feared he had cancer, an inquest heard.

Hero PC Kevin Clegg, 51, was assigned to protect British cities and nuclear bases from terrorist attacks. He had been referred for medical investigations after he became worried about lumps found on his body which he thought may be cancerous.

But when his wife Ann also suffered a health scare, the former soldier was signed off work with stress and was described as having the ‘weight of the world on his shoulders’.

Last January PC Clegg kissed his daughter goodnight, emptied the bins at and hanged himself in woods on a farm near his home in Warrington, Cheshire. He was found the following day by a dog walker.

The father-of-one was described as a ‘very protective family man’ and had landed a job at the Civil Nuclear Constabulary a year after leaving the army where he served with the Royal Horse Artillery.

Later following the terror attacks at the Manchester Arena and Westminster bridge he provided assistance as a firearms officer providing protection to various cities and ensuring that public safety was maintained.

Mr Clegg’s widow Ann told the hearing: ‘Kevin was born into a military family and served in the armed forces in the Royal Horse Artillery for many years. He was employed to various postings and he served in very difficult situations.

‘The effects upon Kevin were clear, he did have very difficult experiences, and these were matters he didn’t discuss with other people. He was a popular, respected and strong member of the team in which he served.

‘He had a strong bond with the family and it was very important to him. We had regular contact. He was a very protective family man. His career in the army came to an end in 2006. At the time he was only 40. His military service had come to an end and he had an exemplary history of service.

‘He had difficulty adjusting to civilian life afterwards, he found it insufficient considering he was brought up in an organised and regimented career in the armed services.

PC Kevin Clegg, a father-of-one, formerly served in the Royal Horse Artillery before retiring from military service in 2006 and becoming a police officer 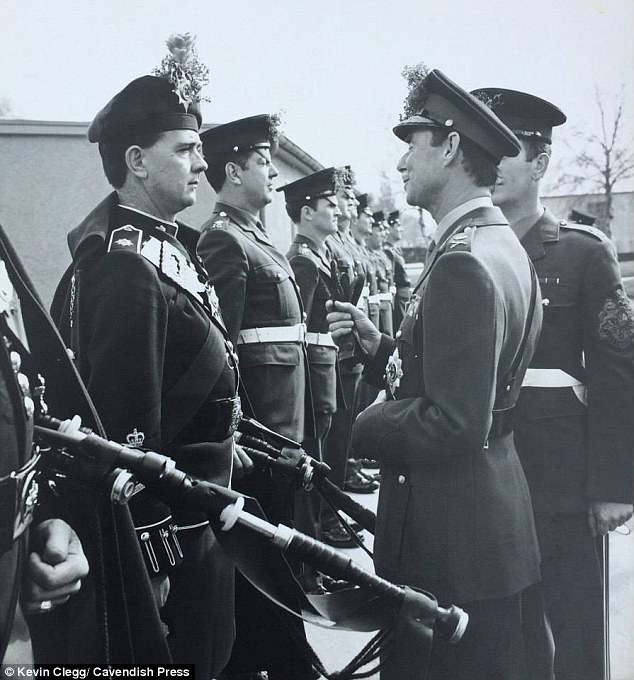 Mr Clegg, who was born into a military family, served in the Royal Horse Artillery

‘He adapted and started off driving heavy good vehicles for various local companies, which he didn’t enjoy, but he did anyway to keep himself busy and keep an income coming in. He was very dedicated to his work and would work whenever he was asked to do so.

‘After he had been out of the army for some time, a friend suggested he should join the police. He applied to work at the Civil Nuclear Constabulary and landed a job as a Police Constable in 2007.

‘This was a new challenge for Kevin which he enjoyed to provide for the public. He kept his strong family bonds as well. He wanted to make sure everything was perfect for himself and for us. He was proud of what he did at work and at home. When other members of the family fell ill he would support them and help them as much as he could. 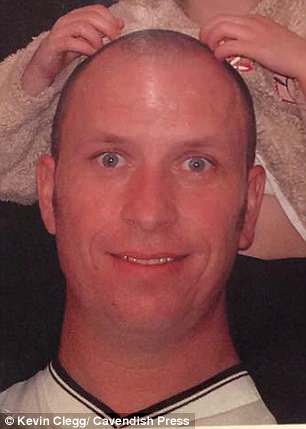 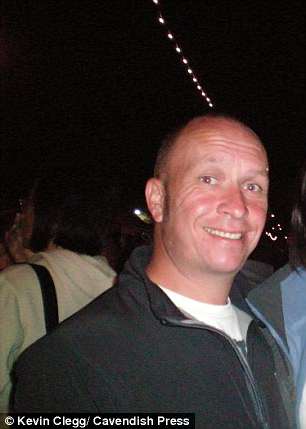 ‘During the course of 2017 after various terrorist attacks, he was also employed as a firearms officers to provide assistance to the public using his skills to provide protection for various cities and ensuring public safety was maintained.

‘He found this rewarding and satisfying using his skills to serve the public in that way.

‘Late summer of 2017 he had various concerns in relation to his health after finding some lumps that he thought were cancerous. He was subject to an on going medical investigation. I also had a health scare and he had to support me through that too.

‘Kevin also had difficulties at work. He had a lot of weight on his shoulders, he had a lot of things on his mind. Kevin saw his GP about this and he said he was suffering suffering either stress and signed him off for a short period of time. 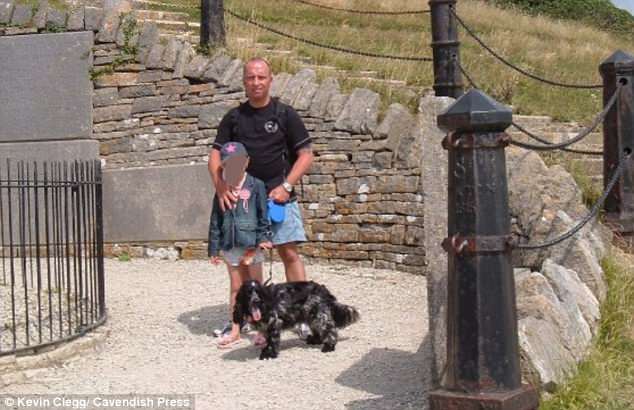 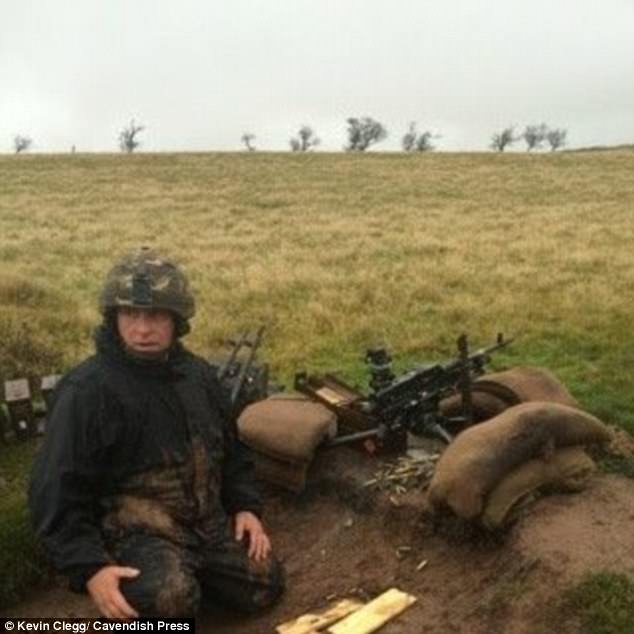 ‘Kevin was a changed man, a different sort of character, he had been having difficulties in coming to terms with the issues he was facing in his life. I tried to cheer him up, we all did, we provided support for him. We had a difficult time over last Christmas and the new year.

‘On January 3 Kevin got up to take the dogs out for a walk by himself. It was a normal day. He was being depressed and not speaking to me as much at the time. I cooked tea for us and we ate it together. I then got ready for bed. Kevin took the dogs out and went into our daughters bedroom and kissed her on the head.

‘Then he went downstairs. They had a good relationship but he never did that and it was unusual for him to kiss her goodnight. The next morning when I got up, the bins had been emptied outside. He had not come to bed that night and I was worried. 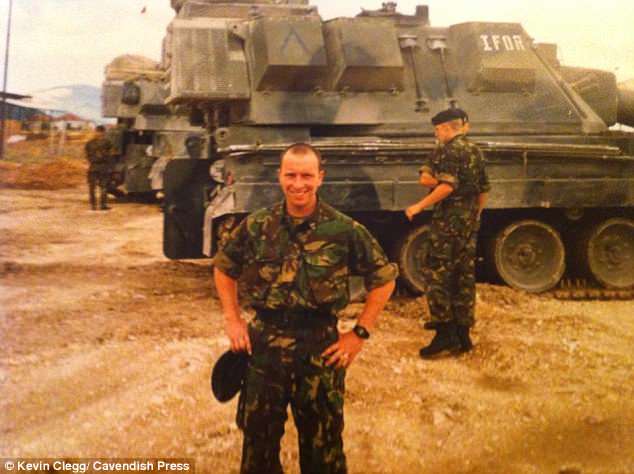 Mr Clegg served in the army until 2006, when his miltary career in the army came to an end aged 40 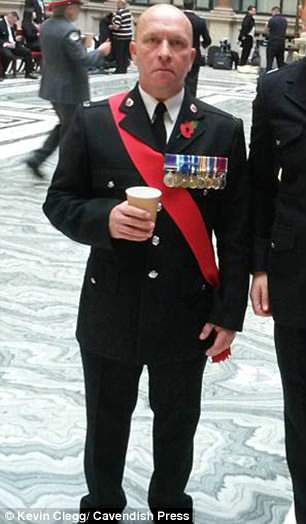 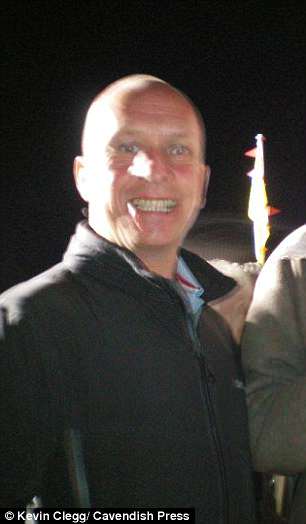 ‘I went downstairs and he wasn’t there and this increased my anxiety further. I looked for him and I was unsuccessful. I reported him as a missing person to the local police and shortly after that two police officers came to my front door and told me Kevin had been found having died.’

PC Clegg’s doctor Abraham Joseph said in a statement: ‘I diagnosed him with stress in October 2017. He came back in December and I diagnosed him with stress again. He denied he was feeling depressed at the time. I gave him a short course of medication. I didn’t feel he was fit to work so I signed him off from 11th December 2017 to 8th January 2018.’

Det Sgt Alison Howarth of Cheshire Police said there was no evidence of suspicious circumstances surround PC Clegg’s death and added: ‘In my opinion this is a tragic case of suicide.’ 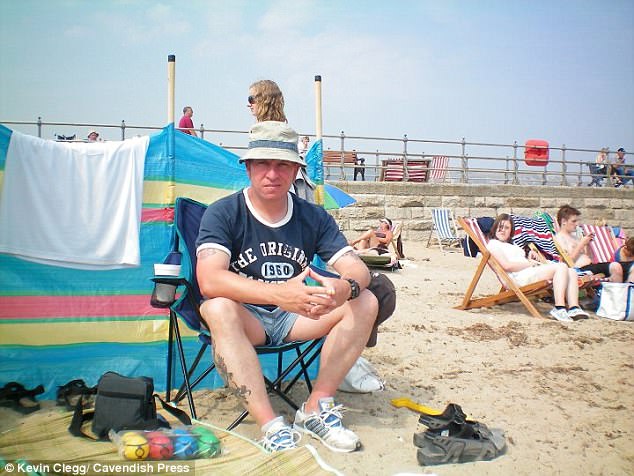 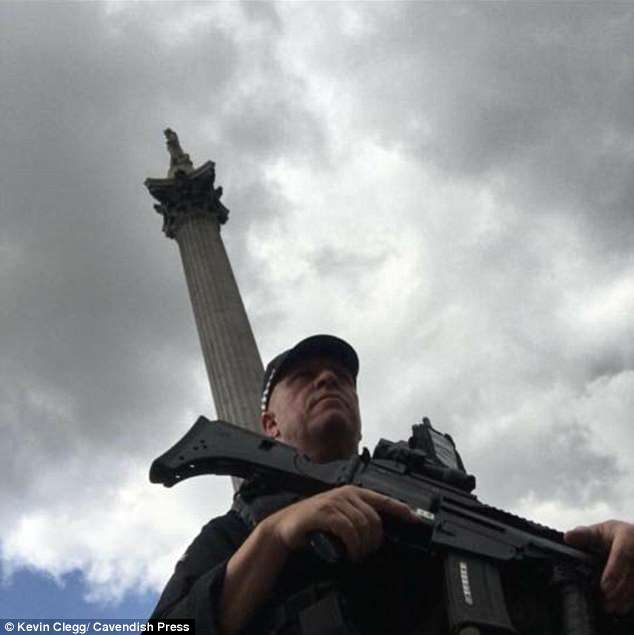 Recording a conclusion of suicide, Coroner Peter Sigee said: ‘Mr Clegg dedicated his life to his service to his family, both immediate and wider family, providing love and support to them. He served the public for many years in the Armed Forces, the police constabulary and the Civil Nuclear Constabulary, also protecting the public in terror incidents in 2017.

‘In 2017 he was diagnosed as suffering with stress following a health scare and concerns at work. I have to be sure he acted with the intention to ending his life, I am sure that action did, in fact, cause his death.

For confidential support call the Samaritans on 116123, visit a local Samaritans branch or see www.samaritans.org for details.