The tiny cat was found by a member of the public in woodland, barely able to move thanks to thick black tape wound all around its body. 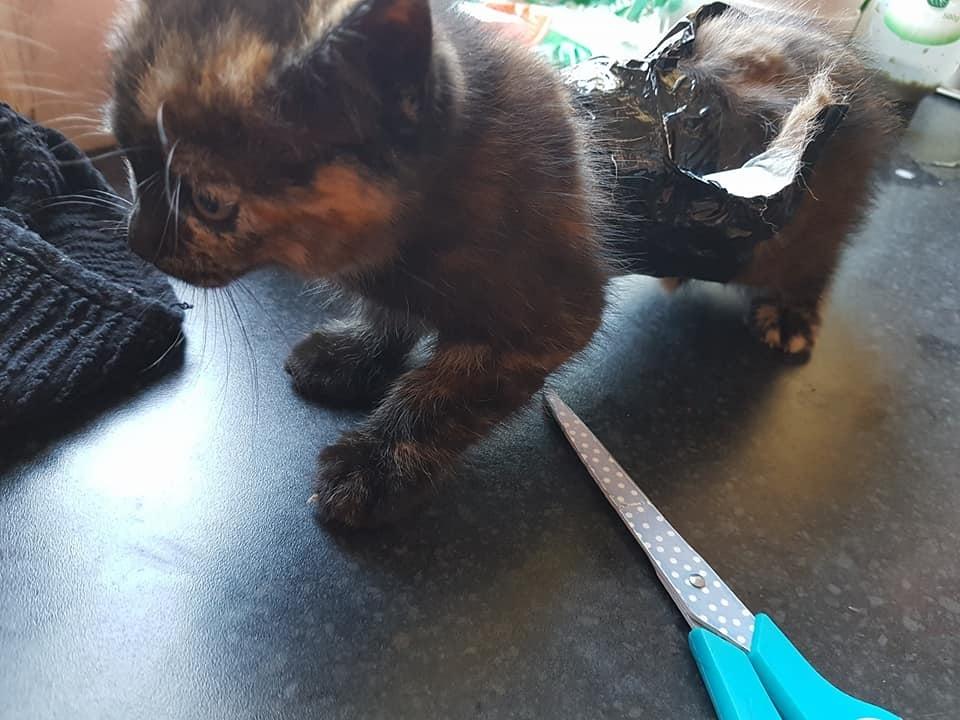 Derbyshire Police are now looking for up to five men who were seen nearby with ferrets and dogs in Chesterfield, Derbys.

Officers believe the terrified animal was going to be used as bait for ferrets and dogs.

The men, believed to be in their early 20s and early 30s, were all dressed in tracksuits and had tattoos on their hands. One also had a swallow tattoo on his neck.

The force said: "We are appealing for help to identify four or five males who had a small kitten which had its feet bound with cable ties and its body bound with masking type tape.

"These males also had with them a number of ferrets and dogs. 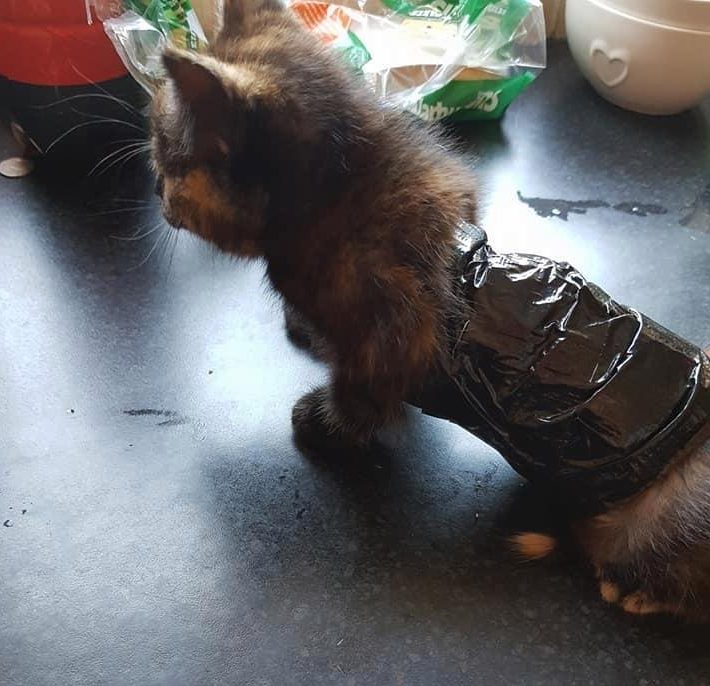 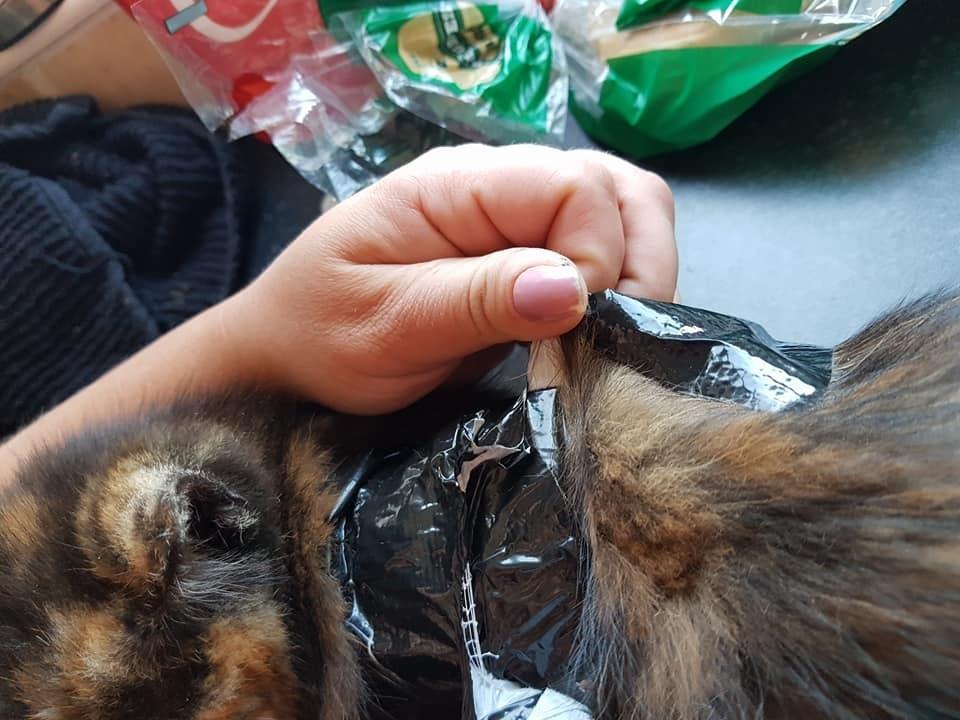 "The kitten was saved by a concerned passing member of the public.

"This small kitten was clearly destined to be used as some kind of bait for the ferrets and dogs."

The injured kitten was saved by a concerned member of the public in woods between Unstone Green, near Chesterfield, and the Sheepsbridge Industrial estate next to the A61.