Scottish musician Mr Hutchison, who had battled depression, disappeared on Wednesday after walking out of a South Queensferry hotel at 1am.

Two hours before he went missing, the singer poignantly tweeted: ‘Be so good to everyone you love. It’s not a given. I didn’t live by that standard and it kills me. Please, hug your loved ones. I’m away now. Thanks’ and left his phone in his room.

At 8.30pm last night a body was found at Port Edgar on the southern shore of the Firth of Forth close to the Forth Road Bridge and detectives believe it is him.

Formal identification has yet to take place but his family have been informed. 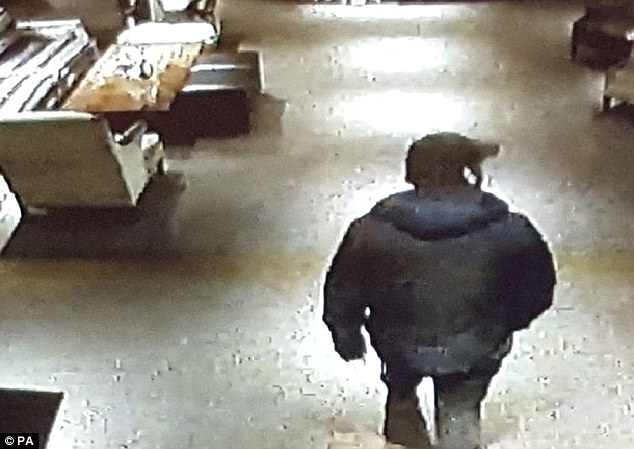 Scott Hutchison, 36, was last seen at the Dakota Hotel in South Queensferry at around 1am on Wednesday and was found dead last night (pictured in CCTV footage) 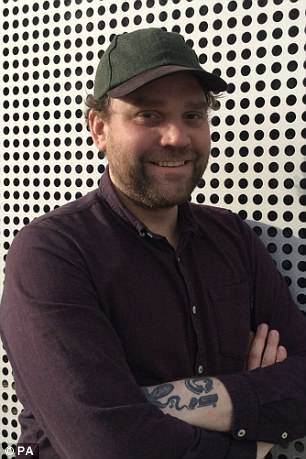 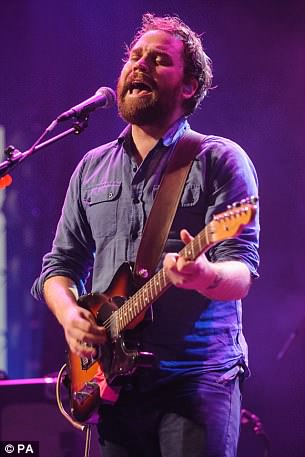 Mr Hutchison (pictured left and right, performing) by his family who have been informed by police of his likely death

The indie band’s frontman was last seen leaving the Dakota Hotel in South Queensferry in the middle of the night on Wednesday.

Police appealed for drivers who may have seen him near the Forth Road Bridge to contact them.

Yesterday his brothers said they were distraught as they urged him to get in touch. Today they have asked for privacy to grieve.

Grant Hutchison, 33, a drummer with the band said the overall feeling they were trying to force through was ‘one of hope and positivity’ that Scott will return safely.

He added: ‘We are obviously all very distraught that he isn’t here but we are staying strong and positive overall to try and help each other through it.’

He spoke about his brother being an ‘inspirational’ figure and a ‘hero’ who he missed very much.

‘It’s a shock, to some extent we are still in shock and a little numb, but we are trying today to be very positive and keep an open mind.’

Neil Hutchison, 38, the musician’s older brother, said: ‘We would just make an appeal to Scott we hope that you can hear this and see this is to get in touch, let us know you’re ok, we love you very much.’

The brothers spoke about Scott’s fight with depression and how he had helped others by speaking about his condition.

Grant said: ‘In relation to Frightened Rabbit, the band and Scott’s work and how many people he himself has helped who might be suffering from the same emotions and feelings, that’s been great to read.

Scott’s older brother acknowledged his fragile condition, which he has spoken about quite openly.

Tweeting from his official account about two hours before he was last seen, the singer wrote: ‘Be so good to everyone you love. It’s not a given. ‘I’m so annoyed that it’s not. I didn’t live by that standard and it kills me. Please, hug your loved ones. I’m away now. Thanks’

Neil added: ‘He does suffer from depression, he has been very open about that in an attempt to help other people with similar conditions.

‘He’s kind, he’s a great uncle to my three kids, a fantastic wee brother and an inspiring guy who is one of my heroes.

‘He’s an inspiration to me and I miss him very much.’

Police searching for the singer also appealed for information and for two people seen in the area at the time to come forward.

Chief inspector Alan Carson said: ‘The two people who crossed the Forth Road Bridge from South Queensferry at 1.10am may have useful information and we are extremely keen to speak with them.

‘We know Scott is quite a deep individual, he is a very well-loved man, I know that from having spent time with his family, and he’s an important part of a lot of people’s lives.

‘We know that Scott’s had to take himself away and have a time-out before and we’re working on the basis that that may just be what he’s done on this occasion.

‘So we need Scott to get in touch, but equally anyone that might have seen Scott we need to hear from you too.’

For confidential support in the UK, call the Samaritans on 116123 or visit a local Samaritans branch. See samaritans.org for details.