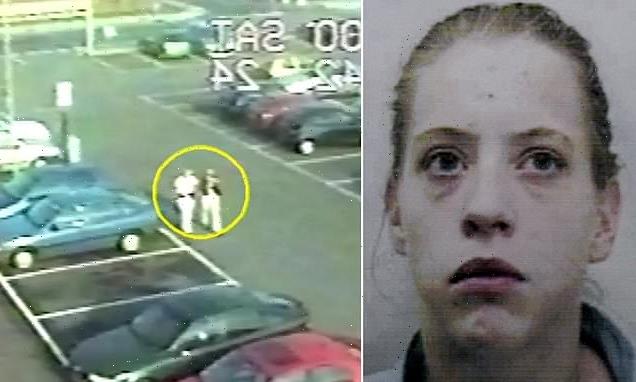 Sex worker’s chilling final steps: Police issue CCTV showing the last hours of murdered prostitute, 21…. seen in a car park with her friend before taking money from a mystery lorry driver on the day she vanished 22 years ago

Police have released an image showing the final moments of a woman who was murdered 22 years ago in the hope it will jog memories to catch her killer.

Vicky Glass, 21, was last seen waking with a friend in the Cannon Park area of Middlesbrough on September 24, 2000.

In the CCTV footage, Vicky, a sex worker, can be seen wearing light coloured trousers and top, white trainers and a dark coloured puffer style jacket.

After speaking to the friend from the CCTV, police learned that shortly after they were captured on camera Vicky engaged in a conversation with a lorry driver who provided her with some money. 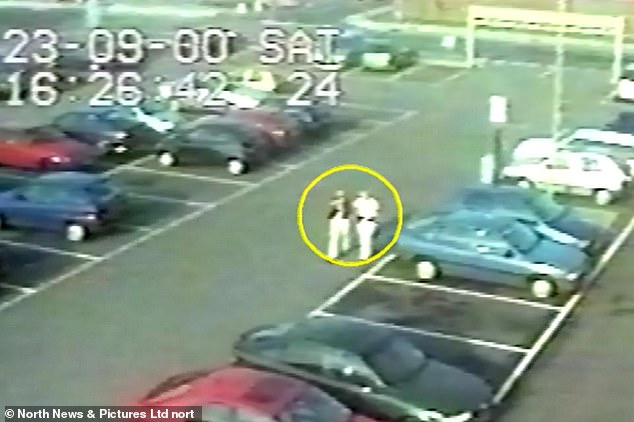 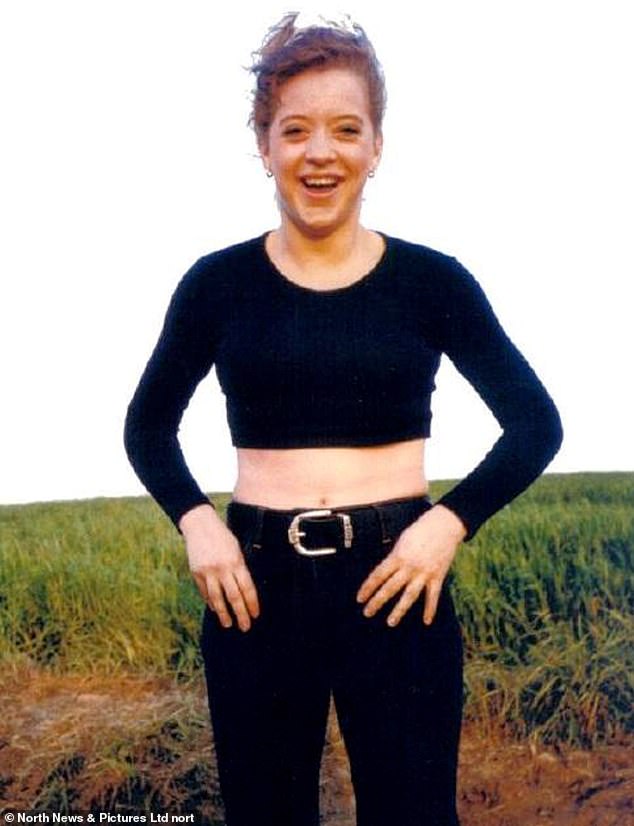 Vicky Glass, 21, was last seen on Union Street at the junction of Eshwood Square, Middlesbrough in September 2000. Her body was discovered 20 miles away in the village of Danby, North Yorkshire on November 3, 2000.

Police say Vicky left some ‘personal effects’ with the trucker and agreed to meet him later in the day.

The driver is described as male, white, 34 to 38 years old at the time, broad build and had a distinctive mole on his face.

Cleveland Police has released the CCTV footage in the hope that it jogs the public’s memory and more people come forward to help with the investigation.

Vicky was last seen being dropped off by a taxi driver at 4am on September 24 2000, on Union Street at the junction of Eshwood Square, Middlesbrough.

Her body was found on November 3 in a stream in the village of Danby, North Yorkshire, and police believe she was murdered.

Police have been actively reinvestigating Vicky’s death by speaking to potential witnesses and looking at over 200 hours of CCTV footage from the time of her disappearance. 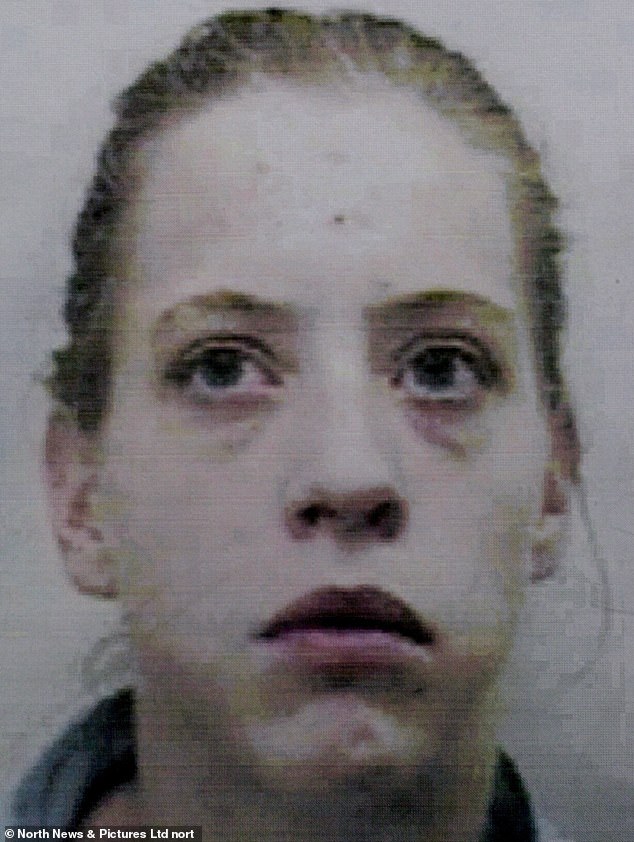 Vicky Glass (pictured) was 21 years old when she disappeared. Her family said they ‘feel the loss of Vicky every day’. Police have reopened the case and hope to catch her killer 22 years on

Detective Chief Inspector Peter Carr, who is leading the new investigation, said: ‘We are calling on the residents of Danby to try and think back to November 2000.

‘We now have CCTV footage and witness accounts showing Vicky fit and well in Middlesbrough in September 2000.

‘A few months later her body was found in Danby, North Yorkshire. Vicky did not have access to a car and wasn’t known to frequent or have any association to Danby.

‘Therefore, the enquiries being undertaken are crucial and we ask the residents to help if they can.

‘We will be in Danby for a few days continuing our enquiries and will be based in the Village Hall so if you have new information or knew Vicky and have not spoken to the police before, please come forward.’

Vicky Glass’ family paid tribute to the her, saying she ‘did not deserve to have her life taken’.

A statement from her family said: ‘We feel the loss of Vicky every day, she deserves justice and hope that this reinvestigation puts those responsible behind bars.

‘She did not deserve to have her life taken, no one had the right to do that.

‘Vicky was loved deeply by us, and as a family we have been through turmoil especially as mam Deborah passed away without any answers, knowing Vicky’s killer is out there and people have information that they are not coming forward with.

‘Please do the right thing and help get justice for Vicky and give our family some hope of healing.

‘We plead with you to do the right thing by contacting the police or Crimestoppers.’

Four people have been arrested in connection with Vicky’s murder since 2000, but all have been released with no further action.