Detectives investigating the murder of 13-year-old Lucy McHugh today released a new picture of the schoolgirl as they continue to hunt her killer.

A leaflet containing the image of the teenager will also be handed out by police as they step up their search.

The murdered schoolgirl’s body was discovered in woodland by a dog walker near Southampton Sports Centre after she disappeared from her home four weeks ago. 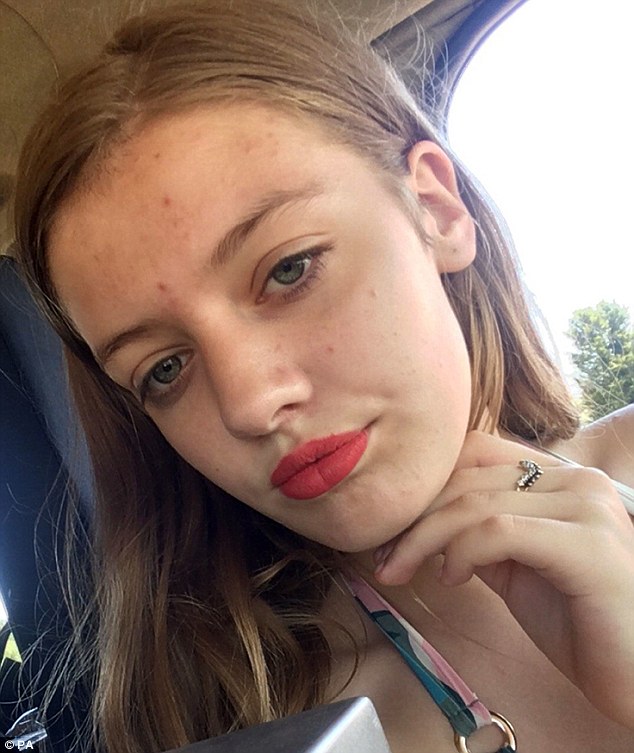 Despite police officers spending hours scouring through the surrounding area the weapon used – which police believe could be a knife or scissors – is yet to be found.

Detective Superintendent Paul Barton, who is leading the investigation, has revealed the schoolgirl’s killer may have deliberately lured her to the woodland to kill her where there were no witnesses.

However, despite having thousands of hours of CCTV footage to trawl through, police have not yet established who the teenager was meeting on July 25 when she went missing.

The leaflet will include the image along with an aerial image of Southampton Sports Centre as well as a shot from one of only two confirmed CCTV sightings of the teenager the day she went missing. 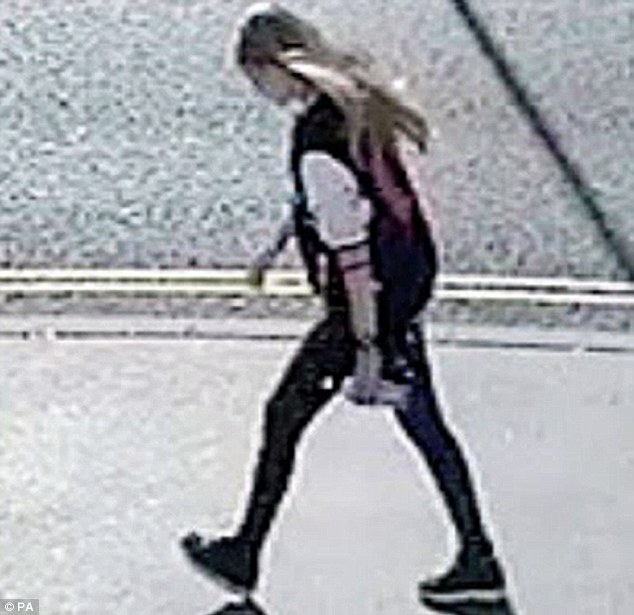 Detective Superintendent Barton said: ‘We know that Lucy walked with purpose up Wimpson Lane and Coxford Road [near to Southampton Sports Centre] after leaving her house on Wednesday 25 July.

‘The big question is: what happened to Lucy after 9.30am?

‘Maybe you have been away on holiday and seeing our officers in the area today will jog your memory. Did you see Lucy and was she with anyone?

‘It’s never too late to get in touch – your piece of information, however insignificant it might seem, could help us find Lucy’s killer.’

Detectives investigating Lucy’s final movements have released two CCTV clips of the schoolgirl as they trawl through 15,000 hours of footage from homes and businesses.

In one clip she is seen wearing a distinctive black jacket with white sleeves, while in the second she has taken the jacket off and is just in a white top and her camouflage leggings.

More than 100 volunteers have helped police in their efforts, arranging search parties in a bid to find the weapon.

Care worker Stephen Nicholson, 24, was arrested in connection with the death and later bailed. 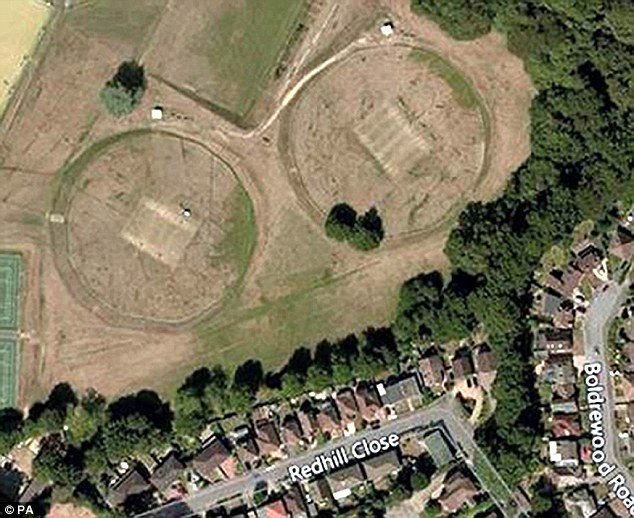 Lucy was last seen walking along Coxford Road past a Tesco Express store at 9.30am on Wednesday, July 25

Nicholson, who is believed to have lived with Lucy’s mother Stacey White, 31, for a period of time, has been charged with failing to cooperate with police after he refused to give them his Facebook password.

Forensics officers also searched a flat to the rear of the sports centre, where it is believed Nicholson regularly visited to care for the elderly resident who lived there.

Neighbours revealed a section of carpet had been removed from the property and taken away.

The charity Crimestoppers has put up a £10,000 reward for anyone who can provide information leading to the killer’s conviction and a fresh search for the missing weapon has been launched.

Around 15 officers from the National Crime Agency joined Hampshire Constabulary this week to boost the investigation and Det Supt Barton said his team were ‘making the most’ of the additional help. Miss White said: ‘all who were positive in Lucy’s life are welcome to attend’ and encouraged them to wear blue and green rather than black, as these were the teenager’s favourite colours.

Generous members of the public have raised over £7,000 to cover funeral costs on crowdfunding site GoFundMe.