A 20-year-old stabbed to death in the street during a vicious brawl between men armed with baseball bats has been named by police.

Ishak Tacine, from Enfield, bled to death in the street following a fight in Edmonton, north London on Wednesday evening.

A 16-year-old boy arrested on suspicion of murder and violent disorder remains in custody for questioning, police said.

His stabbing became the latest in an unprecedented number of killings in London this year, with nearly 1,300 stabbings since January amid reports of a surge in violence crime across the country. 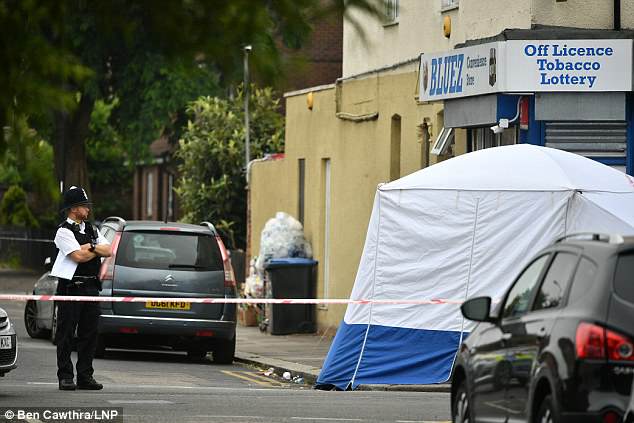 A 16-year-old boy arrested on suspicion of murder and violent disorder remains in custody for questioning following the incident in Edmonton. Pictured, police at the scene 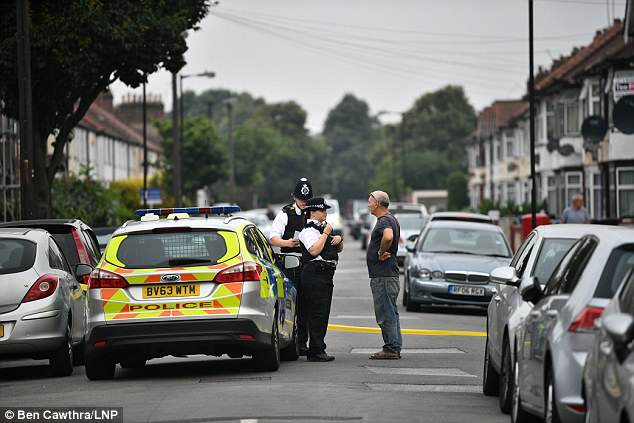 Police were called to reports of a row between men armed with baseball bats on Wednesday evening. Pictured, officers talking to residents at the scene 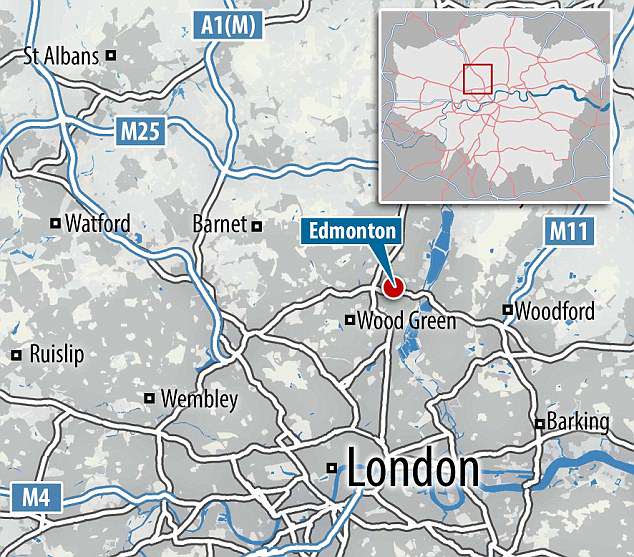 Police are investigating his death on Wednesday as a murder, bringing the total number of such investigations launched in London this year to at least 81

The killing comes as the capital battles a violent crime wave, with more than 80 fatal stabbings and shootings across the city already this year.

Metropolitan Police officers were called at around 6.30pm and Mr Tacine was pronounced dead at the scene less than an hour later.

The incident in Cavendish Road brings the total number of murder investigations launched in London this year to at least 81.

A 16-year-old boy arrested on suspicion of murder and violent disorder remains in custody for questioning, police said.

Eyewitness Naomi Campbell said: ‘I honestly have no words. Everyone knows what goes on here with the stabbings and murders but I’ve never had to watch someone die from it first hand.

‘The most traumatic thing I’ve ever seen and I wouldn’t wish it on my worst enemy.

My thoughts go out to this poor boy’s family and friends and everyone affected. Another life taken… for what? The fact that he woke up in the morning, had plans for the day, for tomorrow and a whole future.

‘It’ll never leave my brain. Rest in peace. I hope wherever you are now, you are safe.’ 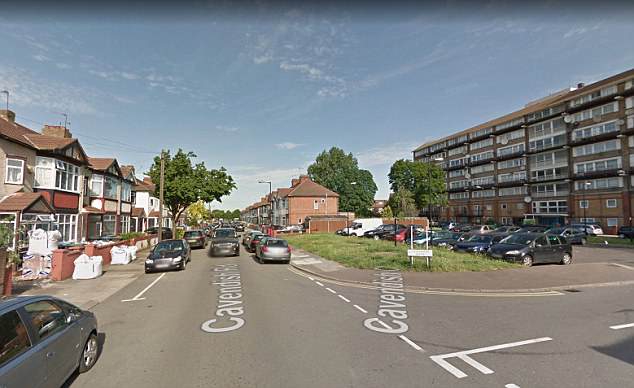 Detective Inspector Paul Considine, who is leading the investigation, said: ‘This is another tragic loss of young life and I am urgently appealing to anyone with information to get in touch.

‘We believe there were a number of other young men involved in the altercation which sadly led to this man’s death.

‘Those responsible must be caught and brought to justice.’

Violent crime in Britain’s capital soared by 21 per cent last year, with 1.3 million offences recorded by police. Knife crime rose by 22 per cent.

There have been more than 70 killings in London this year, many of them stabbings, and at one point the capital’s murder rate was higher than that of New York.

Last year there was a total of 80 fatal stabbings in the capital – the most in almost a decade. 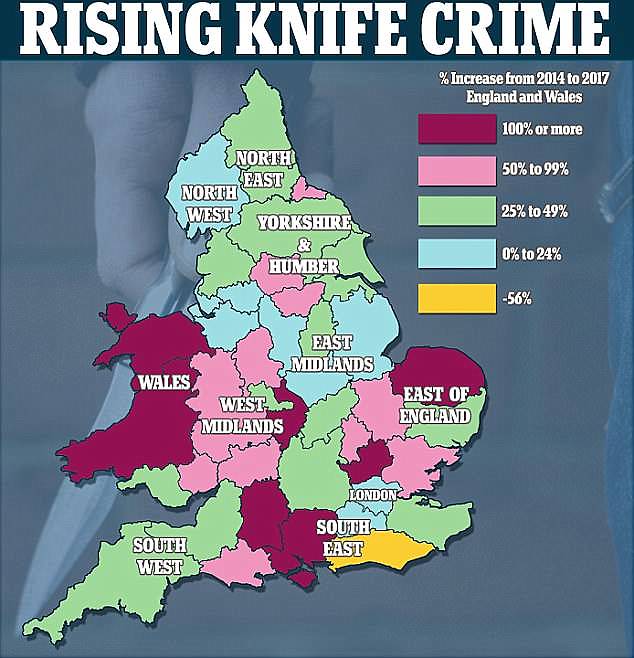 Zombie blades to be banned in wake of bloody knife crimes 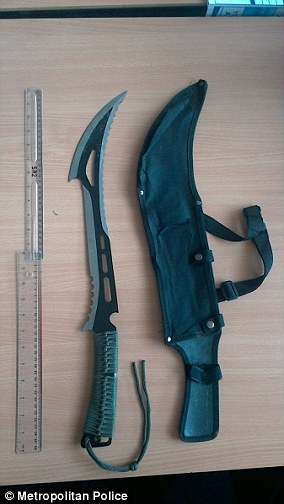 Zombie blades  (pictured) will be banned in Britain

Zombie blades will be banned in Britain under a fresh Government crackdown launched in the wake of Britain’s bloody knife crime epidemic.

All knives will have to be collected from a shop rather than delivered to a home address and a person will have to show ID proving they are at least 18 to buy them.

Some 81 people have been killed in London so far this year, and there are fears this deathly toll will rise more sharply in the summer.

Ministers have blamed the surge in murders on gangs vying for control of the lucrative drugs market, and have promised to get a grip on the epidemic.

Official figures show that 2017 was the worst year for knife deaths among young people since at least 2002.

Forty-six people aged 25 or under were stabbed to death in London, up by 21 compared with the previous year, according to police figures.

Britain’s knife crime epidemic has also spread to the Home Counties, with stabbings now more likely in Bedfordshire than in Merseyside.

Hertfordshire, Hampshire, Warwickshire, Norfolk and north Wales’ rates of knife crime have all increased by more than 100 per cent in the past three years.