The officer has been rushed to hospital as a result of his injuries.

A 16-year-old and an 18-year-old, both male, have been arrested on suspicion of GBH and taking a conveyance after the officer sustained a cut and bruise to his head.

Cops were scrambled to Jubilee Avenue, Whitton, at 3.30pm following reports that two young men on mopeds were behaving suspiciously. 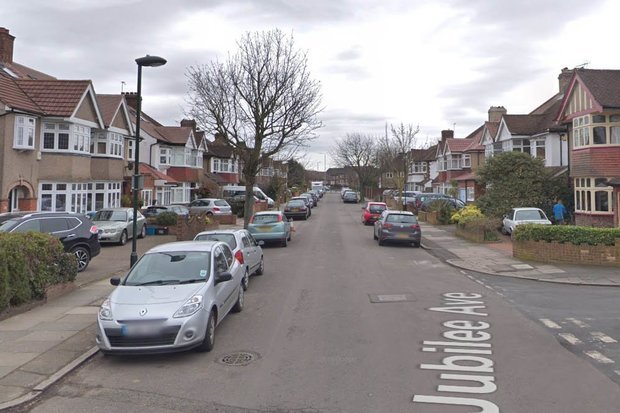 The suspects attempts to flee the scene, police said, but were prevented from doing so by two attending officers.

It was then that one of the youths is said to have brandished the hammer and hit the officer on the head.

Further units were then frantically scrambled to the scene and made the arrests.

A Taser was used to help detain one of the suspects.

Scotland Yard added that a knife and some clothing, believed to have been discarded from the fleeing youths was found nearby.

The teenagers have been taken to a south London police station.

“Even when presented with a dangerous weapon, they acted in the best traditions of the Met and stood their ground.”

The injured officer received treatment at a south London hospital and no other injuries were reported.

Chief Superintendent Sally Benatar said: “These attending officers were brave and resilient in their efforts to stop these suspects.

“Even when presented with a dangerous weapon, they acted in the best traditions of the Met and stood their ground.

“Their determination led to these armed suspects being arrested. I am very proud of them.

“We all wish the injured officer a speedy recovery and appeal for anyone who saw the suspects behaving suspiciously around the underpass by Jubilee Avenue or High Street, Whitton area, to contact police.”