A North Carolina sheriff’s deputy was placed on leave after a video emerged of him slamming two teenage girls to the ground.

The Harnett County Sheriff’s Office said it placed the officer on administrative leave on Tuesday, a day after video surfaced on Facebook showing the girls being wrestled to the ground during an arrest, according to Durham ABC affiliate WTVD.

The sheriff’s office did not name the officers involved, but said the North Carolina State Bureau of Investigation has been called in to investigate the case. 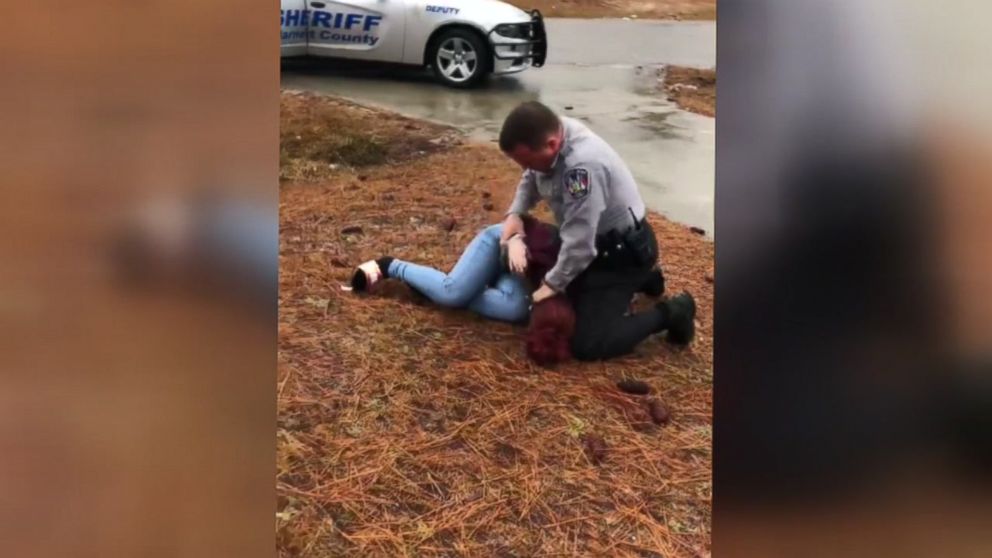 Police said the incident in Lillington escalated on Monday morning as a pair of Harnett County officers searched a vehicle for drugs after receiving a complaint. The girls were passengers in the vehicle.

Deputies said they found a small amount of marijuana on one of the female passengers, according to WTVD.

The 17-year-old said she began recording because the officer tried to arrest her 14-year-old sister for filming the encounter. It is legal to film police officers in North Carolina, as long as it’s a public space and you are not interfering with police work.

“Yo! What are you doing right now, she didn’t do anything,” the older teen is heard saying in the video as an officer grabbed her sister by the neck and wrestled her to the ground. “Why are you doing that? What did she do?” 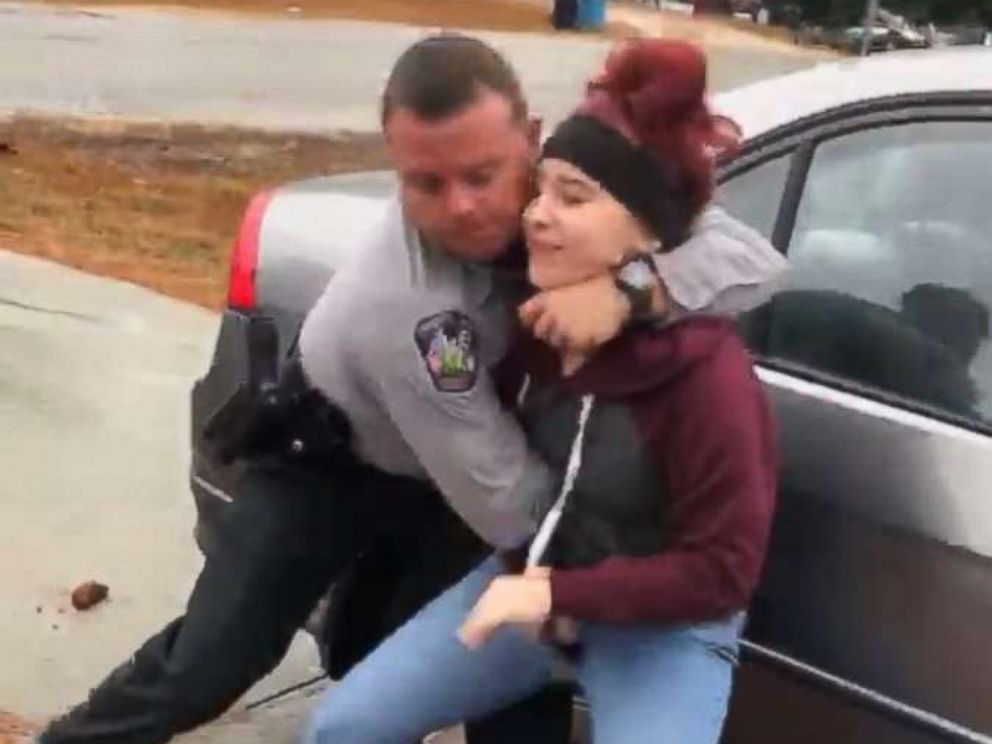 The deputy then turned to elder sister, knocking her cellphone from her hand and tackling her to the ground as well.

Neither girl ended up being taken into custody.

“I’m disgusted,” the 17-year-old told WTVD. “After each of us were patted down, we both started recording and asking why [my boyfriend] was being detained.”

She said she strained her back during the police encounter and is “in pain right now.”

“I understand that they … felt like they were doing their job, but there’s a different way it could have been approached,” she said.