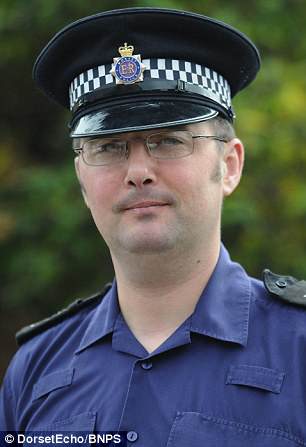 A police sergeant who told a woman officer to make the tea because ‘you’ve got the t**s’ has avoided being sacked.

Sergeant Stephen Hughes from Dorset Police also told a second woman officer that he wished she was his mother so he could ‘suck on her breasts’.

He heard yesterday he was found guilty of misconduct at a police disciplinary hearing that concluded in March after he made the inappropriate comments towards the officers under his command.

Sgt Hughes admitted a conversation with an officer in a corridor at Dorchester police station, when he asked her to make the tea. When she asked him why, he replied ‘well, you’ve got the t**s.’

He also confessed to making an offensive comment about breastfeeding to a second female officer, the mother to a young child. She said he told her that he wished she was his mother so he could ‘suck on her breasts’.

The female officers said Sgt Hughes undermined their confidence, made them feel stupid and caused them to doubt their judgement. 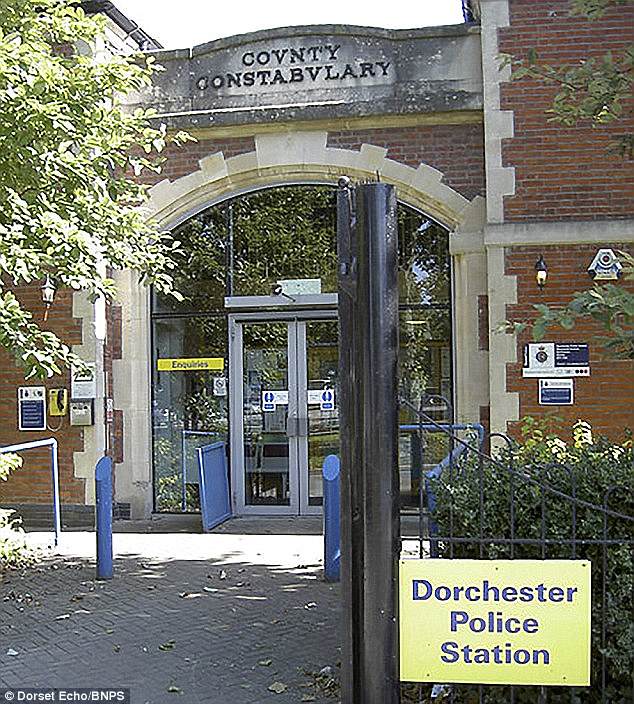 Sgt Hughes admitted a conversation with an officer at Dorchester police station (above), when he asked her to make the tea. When she asked him why, he replied ‘well, you’ve got the t**s’

He was found to have breached the standards of professional behaviour for police officers but the panel ruled the breaches were misconduct, not gross misconduct.

He therefore escaped with a final written warning. A further 31 allegations relating to acting in a demeaning manner towards four female officers, were found not proven.

James Vaughan, chief constable of Dorset Police, said: ‘All police officers must adhere to the highest standards of professional and personal behaviour.

‘Members of the public quite rightly expect these core standards to be constantly upheld and following these standards ensures that officers gain and maintain the trust of the public, which is essential to policing our local communities.

‘The independently-chaired panel made the decision that the officer had breached standards of professional behaviour and gave him a final written warning and we respect the decision of the panel.

‘I wish to thank the officers involved who had the courage to report these matters to our Professional Standards Department and for giving evidence during the hearing.’

The allegations were said to have taken place between April 2014 and January 2016.