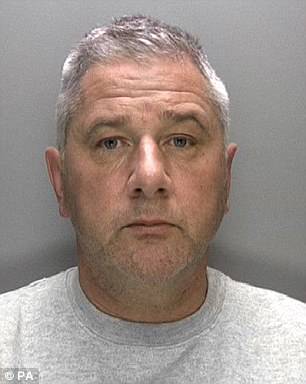 Obsessed Clive Garton, of Sittingbourne, Kent, used his training in covert surveillance to track the woman for three years

A Police Sergeant who stalked and raped a disabled woman after bugging her home with recording equipment disguised as plug sockets has been jailed for 13 years.

Obsessed Clive Garton, of Sittingbourne, Kent, used his training in covert surveillance to track the woman for three years.

Over eight days in October 2016 the Kent Police officer linked up to the gadgets hidden in the woman’s bedroom and lounge 207 times.

He would also turn up in his police car ‘wherever she went’, and bombarded her with text messages.

When she reported the rape to the police, he pressured her to retract it but she later recounted the entire ordeal to officers.

The imitation plugs were only discovered when he was arrested and he admitted his ‘sophisticated’ scheme to police during interview.

He was found guilty of rape, stalking and perverting the course of justice after a trial.

Garton, who appeared via video link from Lewes Prison dressed in jeans and a white polo shirt, sat listening quietly to the court proceedings. 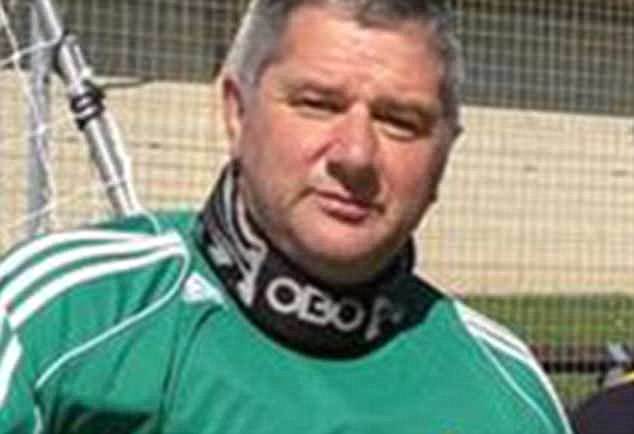 The 56-year-old, pictured, a Kent Police officer who worked in Sittingbourne, attacked her on October 22 2016 after a row

But when Judge Janet Waddicor described how he had branded the victim a liar and claimed she was mentally unstable – something which was disproved – he shook his head.

Judge Waddicor said he was a ‘well-regarded police officer’ but resorted to a ‘sophisticated’ and planned campaign of stalking.

She said: ‘You manipulated her over a number of years.

‘You undermined her confidence. You persuaded others to believe she was mentally impaired causing her significant anxiety.

‘But, above all, you are consumed by obsessive sexual jealousy towards her. You will not let up in your obsession.

‘I’m satisfied you do impose a significant risk of serious harm to her, if and when you are released.’ 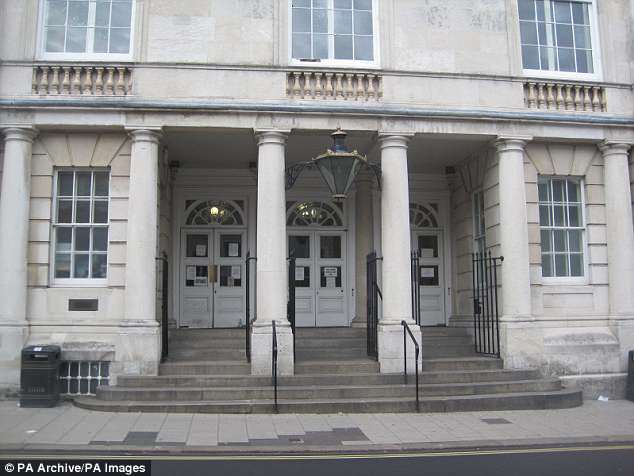 Garton was found guilty of rape, stalking and perverting the course of justice after a trial at Lewes Crown Court

In a victim impact statement read to the court, the woman told how she had endured years of opressive behaviour from Garton and had since taken drastic steps to tighten up security at her home, including screwing the letter box shut.

She said: ‘I felt very frightened of him.

‘I still feel intimidated by him. I am convinced he will turn up again one day even if it is in years to come.

‘I felt ashamed, betrayed, mocked and not believed.

‘He has made my life a misery.’

Garton, who persisted even while on bail, lowered his head and looked at the floor as he was handed an extended nine-year sentence, meaning he will have to serve an extra three years on licence.

Alongside this he was given a consecutive four-year term for stalking. He will not be eligible for parole for at least eight years and is now the subject of a restraining order.

Michael Morris, defending, said: ‘He stands before the court as a completely broken man. The defendant is adamant he is not guilty. He believes he was wrongly convicted.’

He told how Garton, who once saved the life of a man having a heart attack, received commendations for his police service and has also worked in counter terrorism and bomb disposal.

Before joining the force, he served in the territorial army for 15 years as a warrant officer.

Garton was suspended from duty as soon as he was arrested and an internal investigation is due to take place, the force said.