Relatives have identified Devone Kay, 18, as the man Metropolitan Police allegedly shot in the back as he was fleeing from a car police suspected to be carrying weapons. 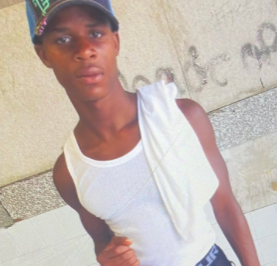 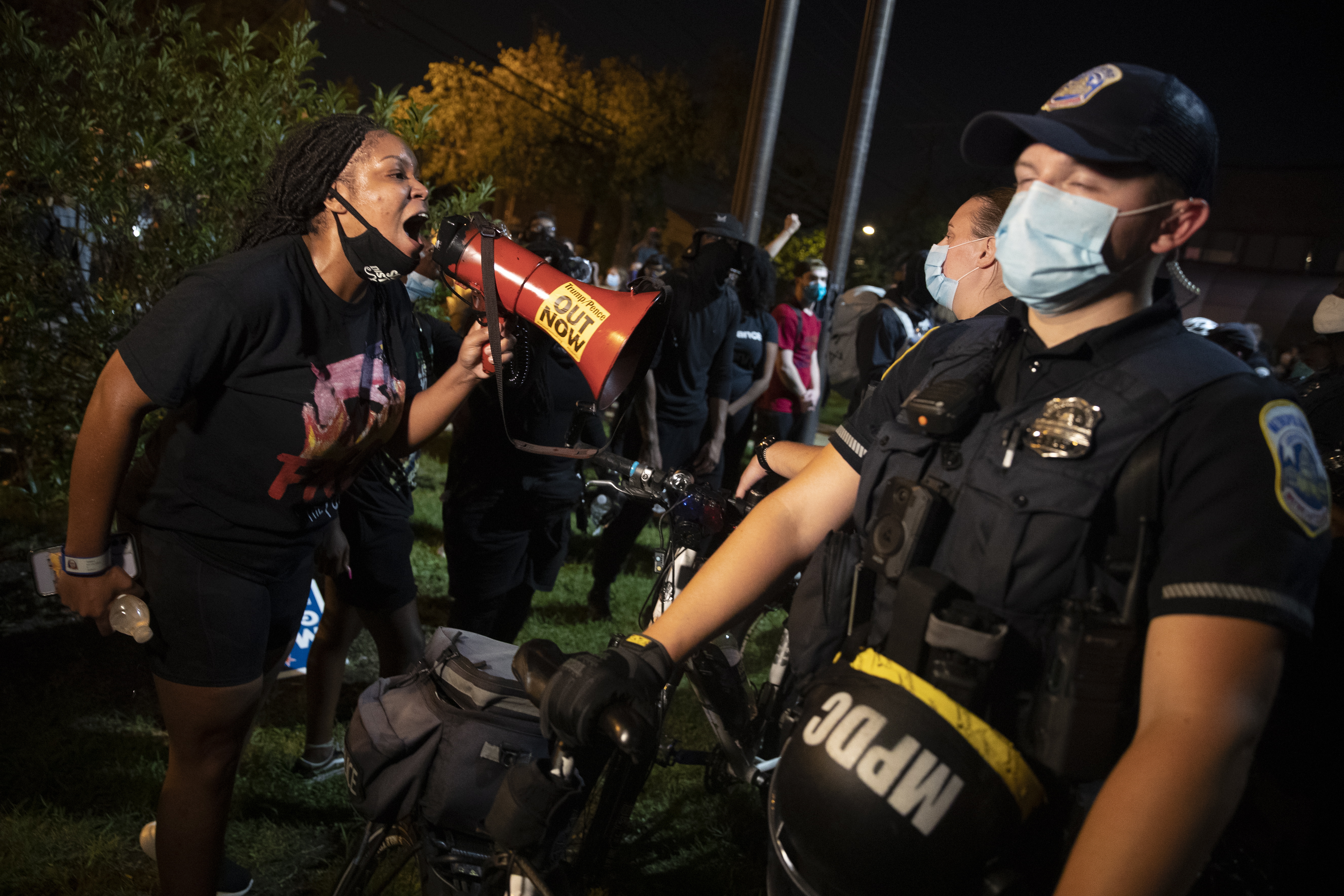 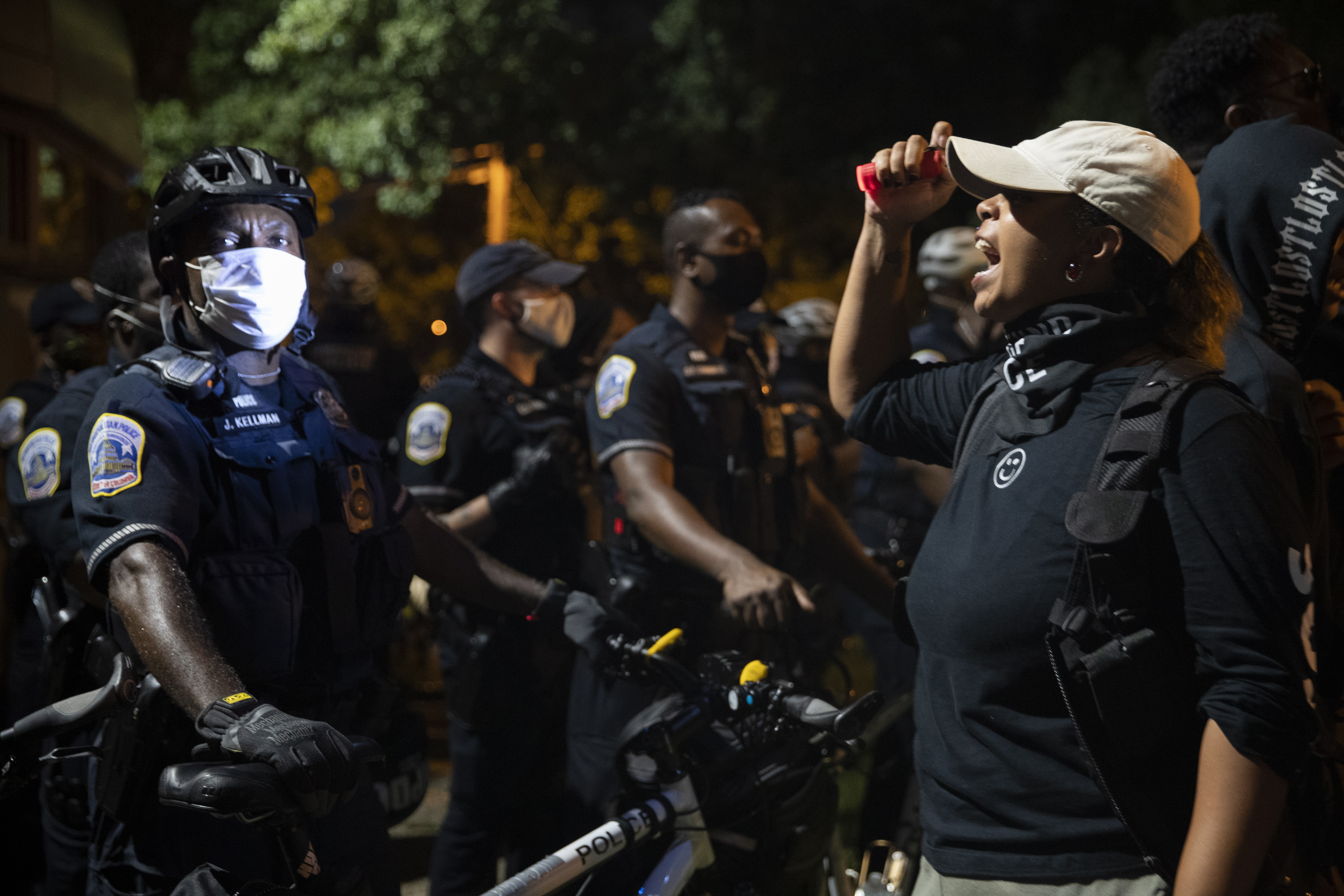 The police officers involved in the shooting have been put on administrative leave. The shooting is under investigation by the Metropolitan Police Department's (MPD) Internal Affairs Bureau.

By Wednesday evening, news of Kay's death had spread on social media, with Black Lives Matter DC urging its supporters to gather outside the Metropolitan Police Department's 7th District building at 9:30 tonight.

The street where the 7th District is located on, Alabama Ave. SE, has been closed for the protests as videos coming out of the still-unfolding scene show hundreds of supporters protesting against the police shooting of another Black man during a summer filled with civil unrest at police brutality.

Protesters late Wednesday night had blockaded the entrance to the police building, yelling "move back" just as DC police use their Trek bikes to form a barrier between the building and protesters. 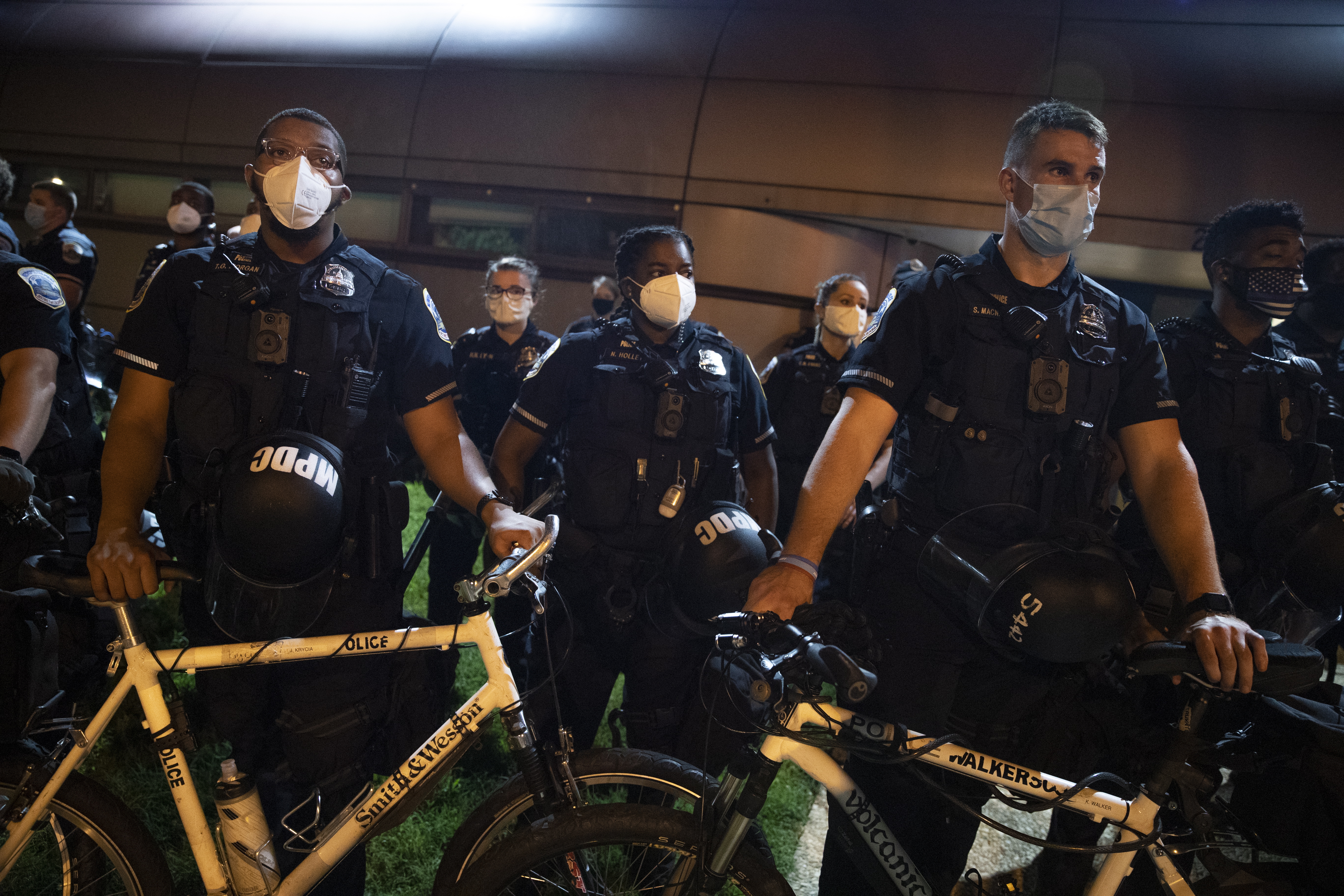 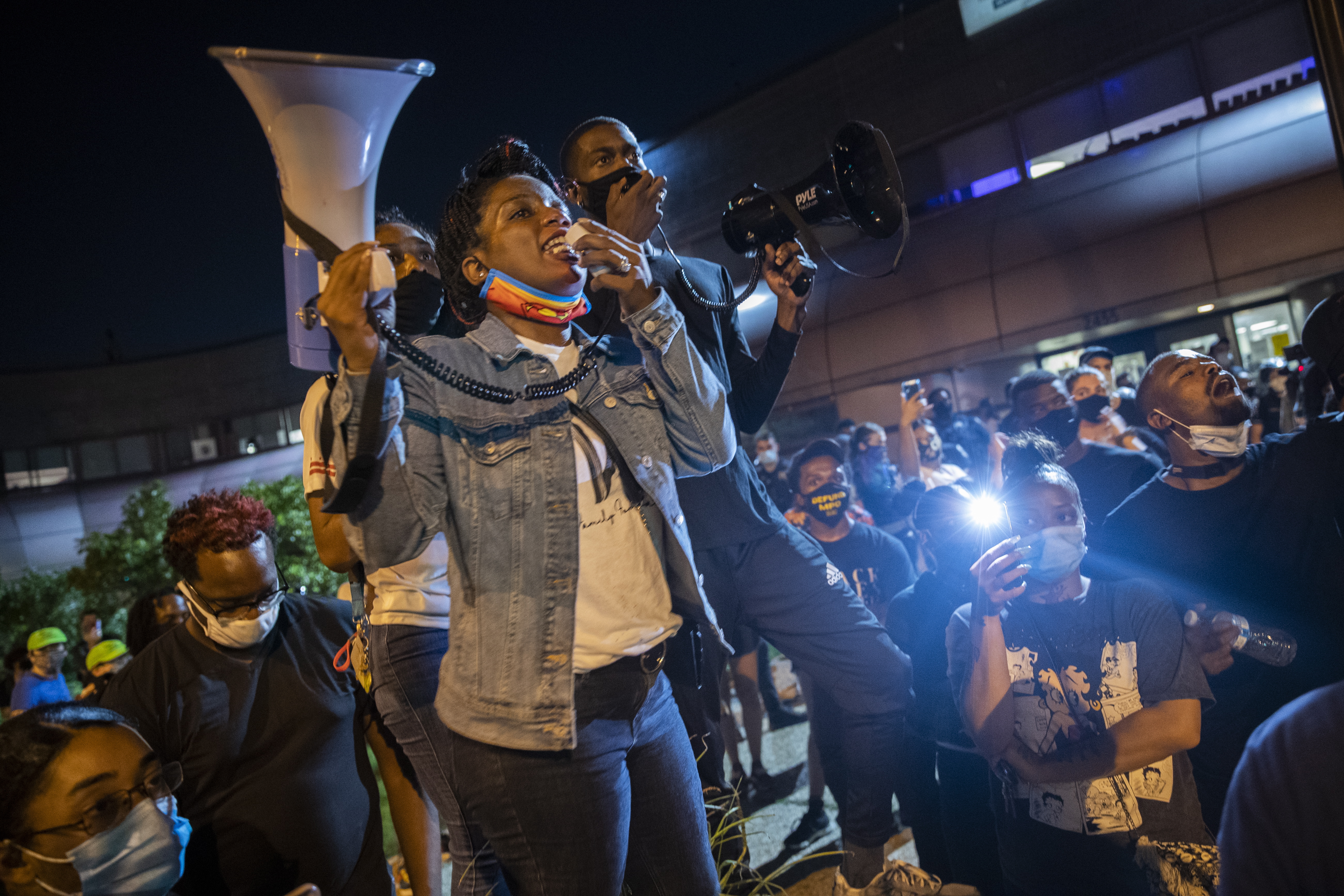 Others yelled phrases well associated with Black Lives Matter protests, including "Say his name" followed by "Deon Kay" and a call and response of "Who keeps us safe?" "We keep us safe."

The Black Lives Matter DC Twitter account had previously tweeted the news immediately after it happened and said they were en route to the street.

"No way they get away with this. Don't let the media black this out like they always do!!! Don't let MPD control the narrative! Police lie!!!!! We're on our way."

Freedom Fighters DC also tweeted a call to action, saying "Please mobilize with us. MPD will no longer control the narrative." They scheduled a protest at the scene with BLM DC at 6:30PM. 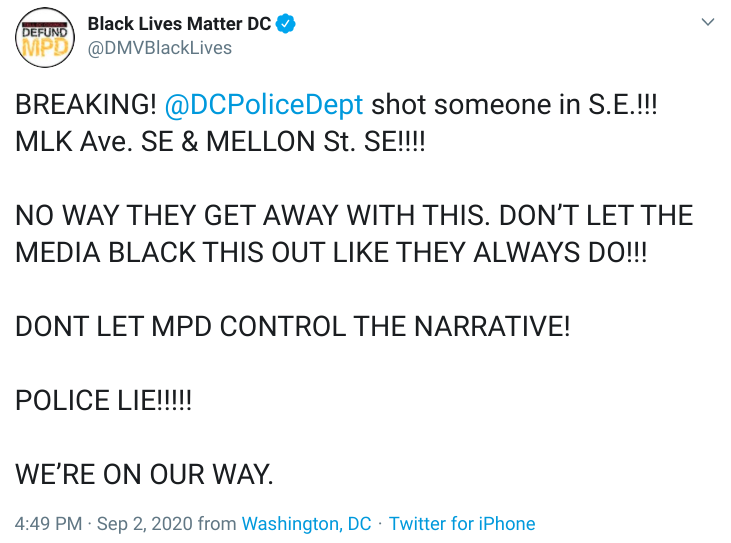 "Uniformed police officers had information that there were guys in the neighborhood with guns, specifically," Newsham said in a press conference Wednesday afternoon.

A statement put out by the police department hours after the incident occurred details the sequence of events Newsham had referred to. At about 3:51PM, uniformed patrol officers of the MPD's Seventh District responded to a group of allegedly armed people in a car in the 200 block of Orange Street SE.

When they arrived, they found people in and around the car. "Upon seeing the officers, two of the suspects fled on foot," the statement read. "During the foot pursuit, one of the suspects brandished a firearm."

"In response, an officer discharged their firearm one time, striking the suspect," the statement continued. Firefighters and Emergency Medical Services rushed Kay to the hospital for life-threatening injuries but he could not be saved. 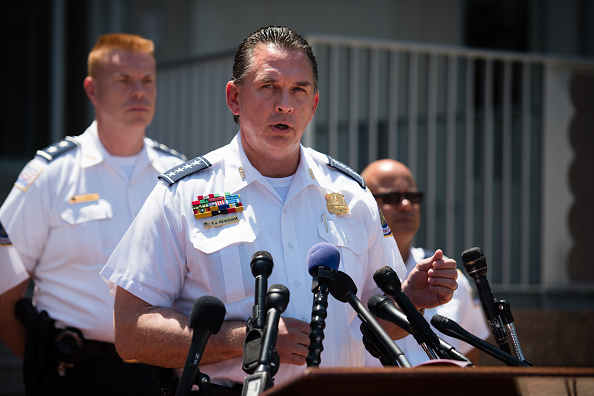 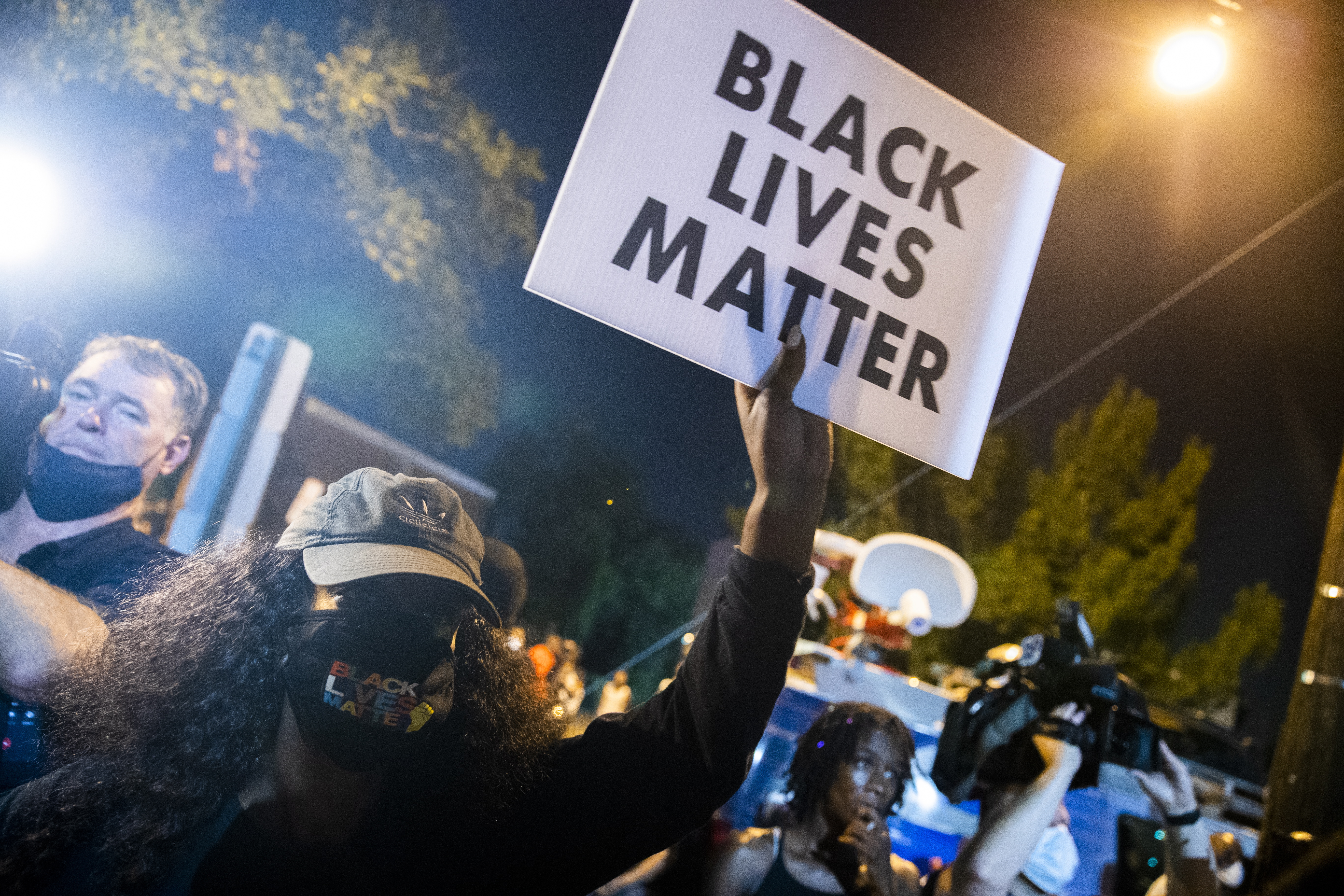 "The other suspect made good on their escape and was not apprehended," the statement ended, before identifying Deon Kay, Marcyelle Smith, a 19-year-old police arrested and charged with carrying a pistol without a license, and Deonte Brown, an 18-year-old arrested and charged for not having a permit.

Investigators added two guns were recovered at the scene, with Newsham saying Kay was believed to have been armed when officers fired.

Newsham did not answer a reporter who asked why police were shooting at people who were fleeing, saying he "would be speculating and that would be improper."

A sobbing woman at the press conference yelled “unacceptable” as Newsham finished the presser.

Kay's mother Natasha confirmed with a reporter her son, Devone "Deon" Kay was the victim in today's police shooting.

An unnamed aunt told an ABC7 reporter her nephew was nowhere near the car. "From my understanding, he was in the park and then the police shot him in his back. Why? I don't know," she said.

"I'm hurt. I am really hurt. Because he was a good child," she added. "So I don't understand why the police had to kill my nephew." 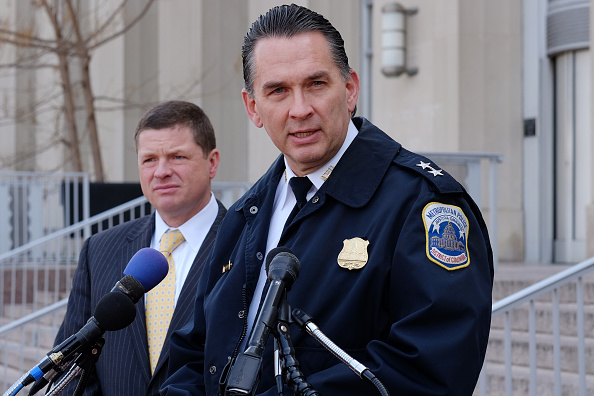 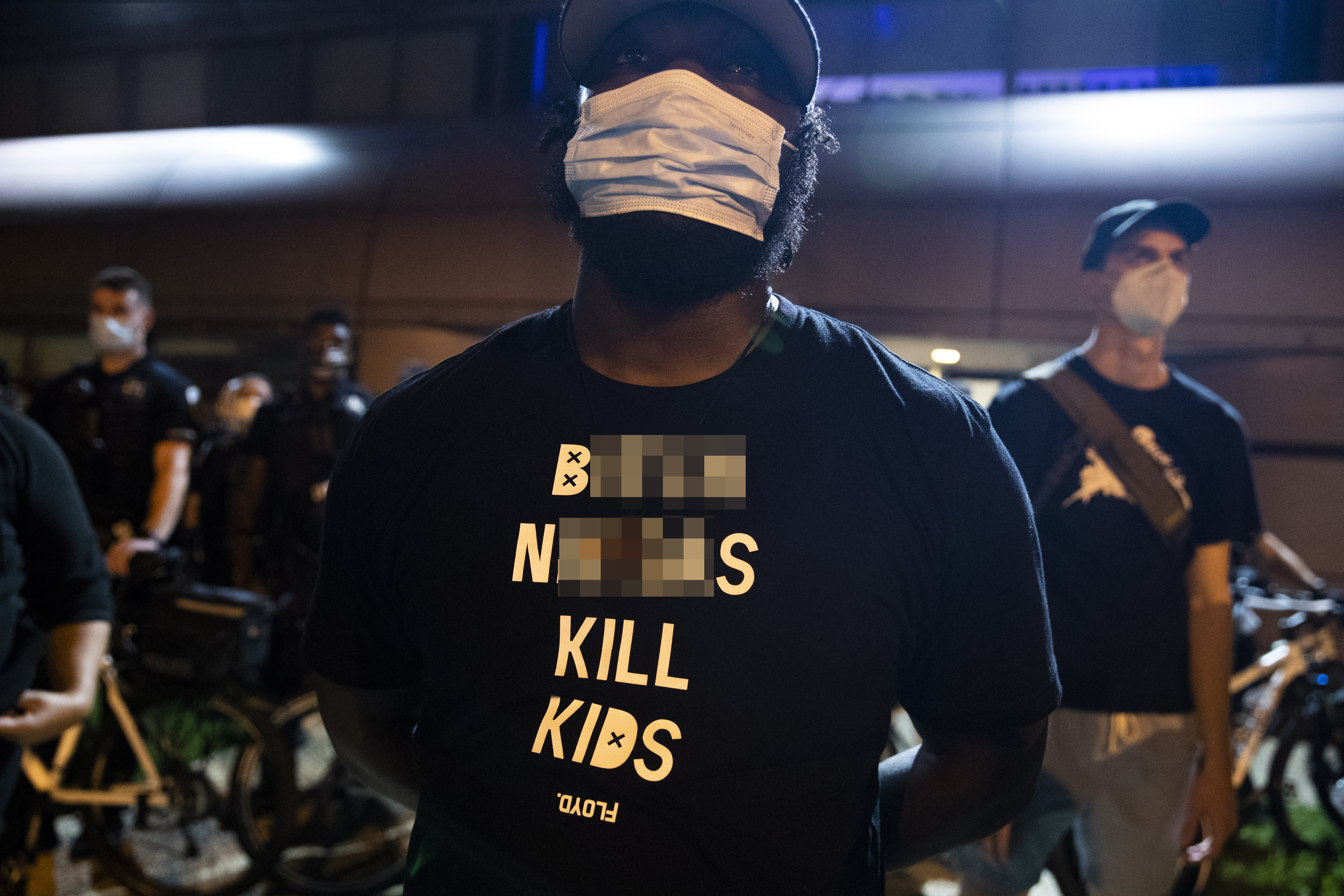 Another aunt told the reporter "it's not acceptable" that "the bullet went through his back to his heart."

"Deon was not the type of person that gonna be out here to start trouble and whatever. This was a nephew that I loved, i gave him anything that he wanted," she continued. "I gave it to him, I made sure that he was good so he wouldn't have to be out here in the streets."

"We’ve seen this narrative too many times in America, and now it’s hitting home," Ward 8 Councilmember Trayon White said. "I talked to his mom about 15 minutes ago and we want to figure out what’s on the body camera footage, to figure out if he was running away why was he shot?"

"If he was running away, shot in the back," he said before pausing, "it don’t sit well with me."

He continued, saying police "said two weapons were recovered, but when the question was asked, ‘was he armed?’ there was no straight answer, so we want to get the facts of what happened to this young man." Protesters echoed his sentiments outside the police building Wednesday night.

He did remind people that most of the information is unconfirmed and preliminary, but will request body camera footage.

The last time D.C. police fatally shot someone was in September of last year. 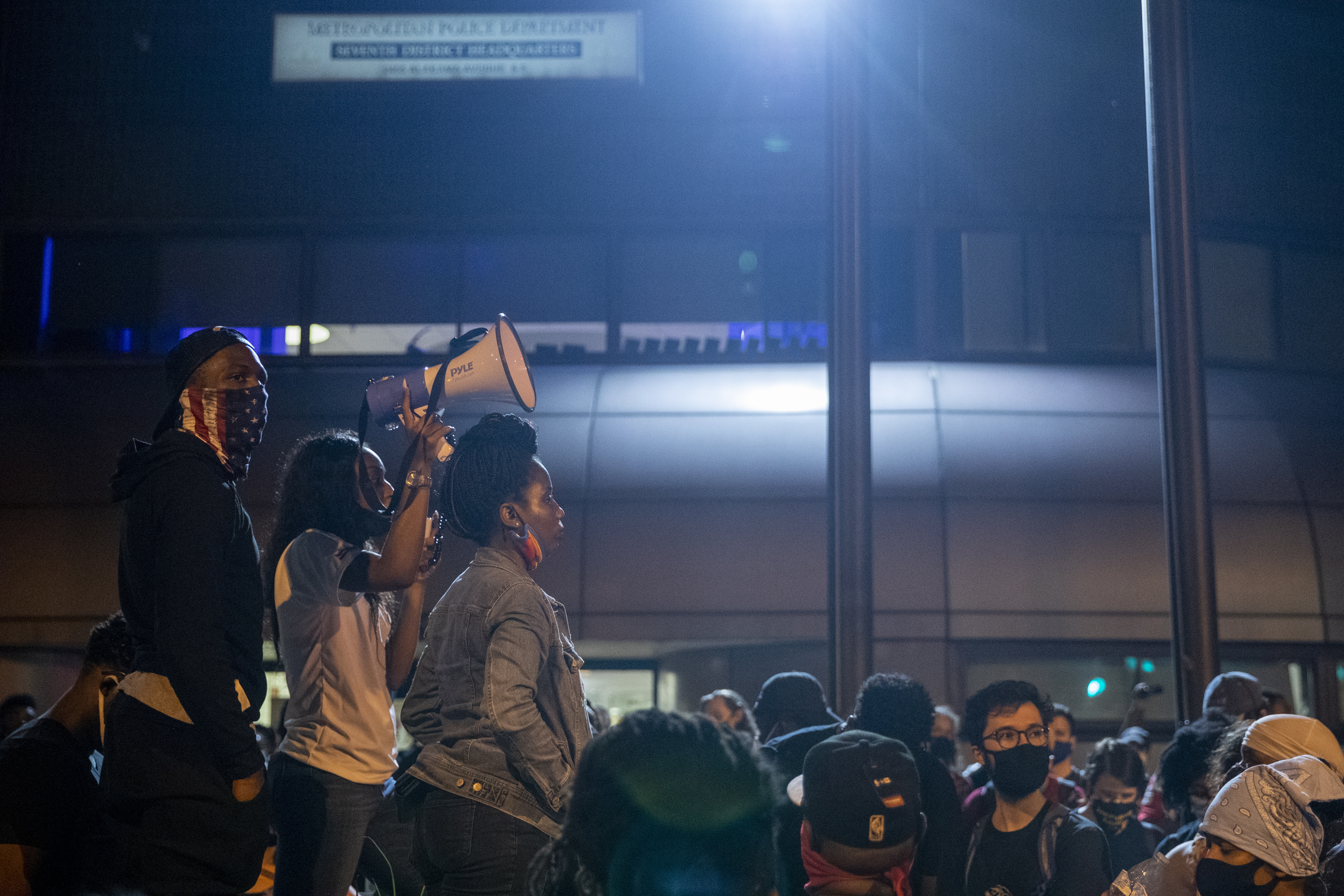 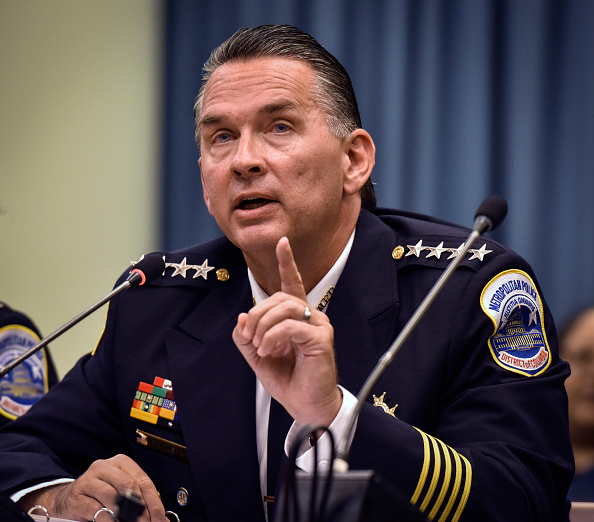 New legislation passed in June requires any officer body-worn camera footage of a fatal shooting or other use of force to be made publicly available within five days of the incident. The legislation also requires the names of the involved officers be made public as well.

"Responding officers activated their body worn cameras. That footage is currently under review," said the statement put out by the MPD.

Ward 8 representative and D.C. State Board of Education Vice President Markus Batchelor was in the area at the time of the shooting visiting his grandma.

"He just celebrated his 18th birthday. It’s tragic," Batchelor said. "We don’t know a lot about the situation."

Other elected officials also chimed into the incident. Ward 6 Councilmember Charles Allen called for body cam footage to be made available.

"I’ve spoken w/ Deputy Mayor for Public Safety & Justice on the police shooting of a young man," he tweeted. "We will know more soon, & with the Council’s police reform law, body camera video must be made public in the coming days. Tonight, I am grieving for his family, friends & our community."

He continued: "But, in my mind, there are very few reasons for a 17-year-old or 18-year-old young boy to be killed in our city, especially if this man was unarmed or if he was fleeing."

An earlier incident was reported on Wednesday in which someone fired from inside a car at police officer on South Capitol Street SW, near the scene of the shooting.

Newsham said there is no evidence at this time that the two incidents are connected.