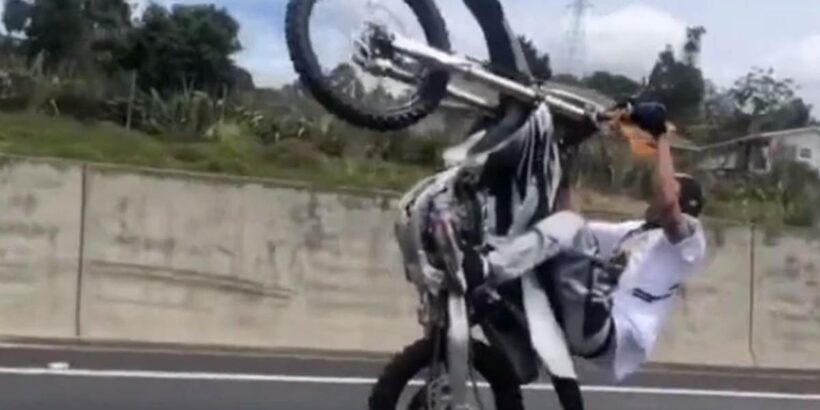 Police are warning of a motorcycle run involving members of the Hells Angels Nomads Gang to be held in the North Shore and Rodney areas of Auckland tomorrow.

Simon Walker, Waitematā Police, said previous events of this nature have caused concern for members of the community due to unsafe driving behaviour by those involved.

“Police will be actively monitoring this event to ensure that it is conducted in a safe manner and will be gathering evidence of any breaches of traffic regulations or unsafe behaviour exhibited by participants.”

He said police would vigorously investigate and prosecute any individuals who commit offences or place other road users and the wider community at risk.

Any members of the public who witness unsafe driving are encouraged to note registration numbers and where possible film the behaviour, Walker said.

On Waitangi Day, hundreds of illegal motorcyclists were “terrifying” Auckland’s streets,pulling off dangerous stunts and even blocking off a section of motorway.

A video showed the group of riders doing burnouts, blowing thick smoke through the building traffic.

Local residents said it was “terrifying” to see and had been happening more in the past year.

Witness said it was amazing no one was killed.

The “event” was promoted through a number of social media accounts, many using the term “bikelife”.