Policewoman sues the Met for £200,000 after she had to watch 100 child rape videos during investigation Cara Creaby, 29, from Hemel Hempstead, Hertfordshire (pictured with her husband and baby) is suing the Metropolitan Police for ‘psychiatric injury’

A policewoman who claims she was left traumatised by having to watch child abuse videos is seeking more than £200,000 in damages.

In what is thought to be the first case of its kind, Cara Creaby is suing the Metropolitan Police for the ‘psychiatric injury’ she says she suffered because she was exposed to ‘harrowing and dangerous material’ while investigating the rape of three young girls.

She had to watch many hours of videos of their ordeals, which she says caused her to experience ‘intrusive flashbacks and nightmares’, ruined her sex life and ended with her being diagnosed with post traumatic stress disorder.

She asked for help, but her bosses at Scotland Yard simply told her to ‘stick to the job at hand’, according to legal documents seen by The Mail on Sunday.

In December 2014 she was made the main contact, known as the Sexual Offence Investigative Technique officer, for three young girls suspected of being victims of grooming and serious sexual offences by disabled paedophile Michael D’Costa – who would later be jailed for 16 years.

She had to search his home and seized a diary detailing his crimes, more than 100 videos of him abusing the girls, and children’s clothing and school bags.

High Court papers say Mrs Creaby formed an ‘emotional bond’ with the girls, whom she had to support and interview, which was ‘especially harrowing’ as she also had to view footage of them being ‘sexually abused and degraded’.

She had to watch all of the ‘shocking, disturbing and violent’ videos to work out what happened in them and what was being said for ‘at least eight hours at a time’.

It is claimed Mrs Creaby told her superiors ‘multiple times’ about the volume of her work and the effect it was having on her, but she was just told to ‘carry on as best she could’.

According to her lawyer, David Mies at Slater & Gordon, there was no risk assessment, offers of help or consideration of how to share the workload.

By March 2015, Mrs Creaby was said to be ‘visibly struggling’ and became ‘more tired, unkempt, short with colleagues and emotional in the workplace’ but again was allegedly not given any support.

She also began to ‘experience intrusive flashbacks and nightmares of the child rape she had been required to watch’ and also ‘noticed that when she was with her partner, any act of intimacy caused her to panic and become tearful’.

She was referred to Occupational Health and in April they suggested reduced hours, but she was still sent to speak to one of the girls in the case and attend D’Costa’s court hearing, at which he pleaded guilty to 25 sexual offences. 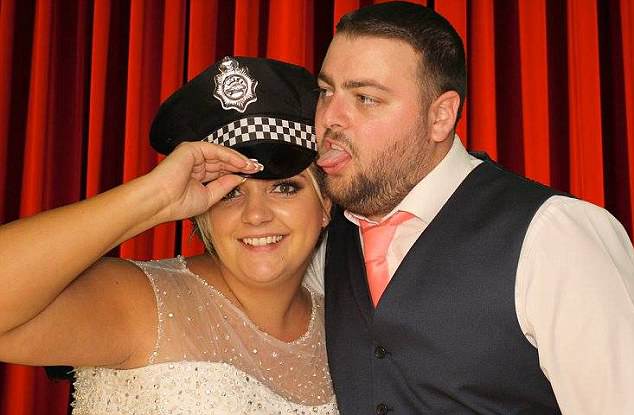 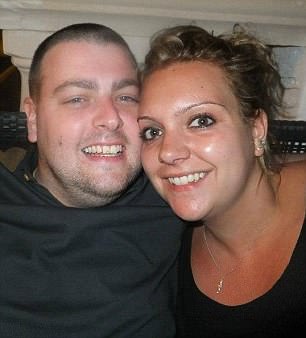 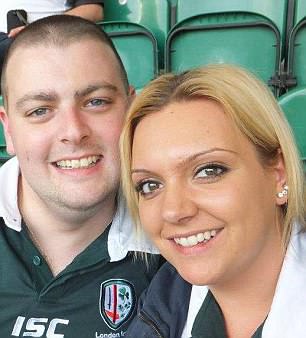 Ms Creaby asked for help, but her bosses at Scotland Yard simply told her to ‘stick to the job at hand’

Mrs Creaby ‘struggled on’ until May 10, when she was ‘signed off sick, being unable to continue due to her psychiatric injuries’, and was then diagnosed with PTSD.

She remains off sick, but has since married and had a baby.

He said there was an ‘absence of risk assessments and health and safety surveillance which would have protected her from the risk of foreseeable psychiatric harm’ and a failure to ‘provide her with assistance in having to undertake difficult and harrowing work’.

There have been warnings in recent years that the increased volume of child-abuse images is taking its toll on those who have to study them in order to catch paedophiles. The mother (pictured on her wedding day) said she had to watch many hours of videos of their ordeals, which she says ruined her sex life 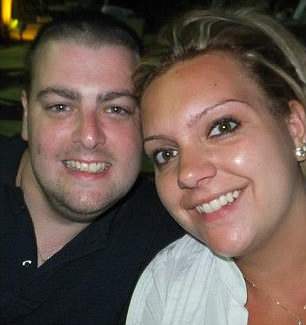 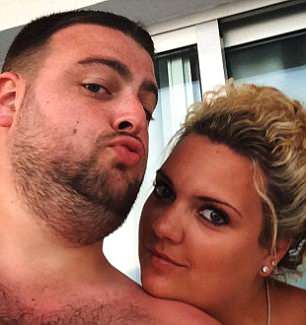 It is claimed Mrs Creaby told her superiors ‘multiple times’ about the volume of her work and the effect it was having on her, but she was just told to ‘carry on as best she could’

A database has been created of images commonly traded online to spare officers the ‘harrowing’ task of going through them again and again to identify victims and perpetrators, while judges are being offered ‘professional support’ as much more of their time is being spent on sexual abuse cases.

Most officers who feel overwhelmed by child abuse investigations are offered help by their force’s Occupational Health department, and so the High Court case brought by Mrs Creaby is thought to be the first of its kind.

Mrs Creaby is being supported by the Police Federation, the ‘union’ for rank-and-file officers.

A Federation spokesman said last night: ‘In order to investigate some of the most serious criminal offences there is a recognised need for investigators to view some of the most harrowing, disturbing and distressing images imaginable.

‘But the effect that viewing such material can have on officers must be recognised and acknowledged and it is vital that officers – especially those who undertake these types of roles – are provided with appropriate and ongoing workplace monitoring, supervision, and assistance in order to protect their own health and wellbeing, and that all necessary risk assessments and checks are undertaken to safeguard them in their roles.’

Scotland Yard said: ‘A claim for damages due to psychiatric injury, dated 22 February 2018, has been received by the Metropolitan Police Service. The claim is currently being reviewed by solicitors acting on behalf of the Met.’