WARSAW (Reuters) – Tens of thousands of Poles took part in a far-right march in the capital Warsaw on Monday to mark Polish independence, an annual event that has become a focus of tension between nationalists and liberals. 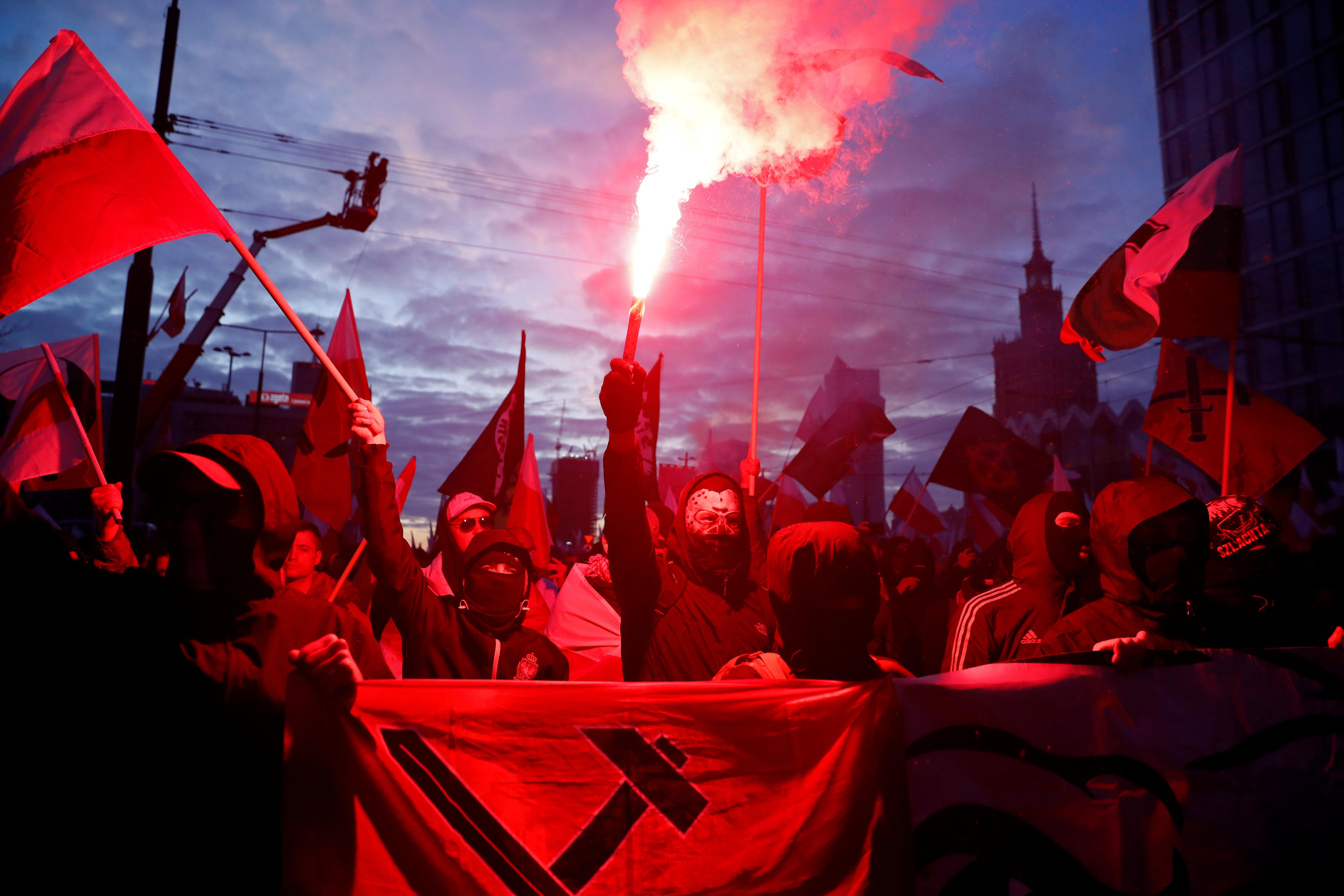 “We have to return to our roots. Our world has abandoned God and Christianity,” Robert Bakiewicz, head of an umbrella group organising the march, told participants gathering in central Warsaw. “We will die as the nations of western Europe are dying.”

Poland has become increasingly polarised since the nationalist Law and Justice (PiS) party came to power in 2015, calling for a revival of patriotic and Catholic values in public life and a rejection of Western liberalism.

Critics say PiS, which won a second term last month with 44% of the vote, has tacitly encouraged groups with roots in the fascist and anti-Semitic movements of the 1930s that organise the march, although the party denies this.

Last year, on the centenary of Polish independence, government officials and President Andrzej Duda, an ally of the PiS, walked at a distance from the main events which gathered more than 200,000 people, and away from any overt displays of nationalism.

This year, PiS held its own, separate events.

“Our nation has a mission and it has to fulfil it,” PiS leader Jaroslaw Kaczynski said on Sunday. “Our mission is to sustain everything that’s a foundation of our Christian civilisation.

“We will walk this path, and if it’s done in a thoughtful way, it will bring us to victory.”

On Nov. 11, Poles commemorate the establishment in 1918 of the second Polish republic, created after World War One from parts of what was then Russia, Germany and Austria.

In previous years, the march was dotted with racist banners, some of them reading “Pure blood, clear mind” or “Europe will be white or uninhabited”.

Before PiS came to power, scuffles between participants and police were not uncommon, but in recent years, more families with children have joined.

(This story corrects paragraph 1 to remove reference to marchers as members of far-right groups. Many are sympathisers but not members.)