A clever parrot has been filmed talking to Amazon’s Alexa and ordering the virtual assistant to turn off the lights.

Petra the Parrot appears to have learned some new tricks and shows them off by commanding Alexa: ‘all lights off’.

The house pet from Orlando, Florida, is filmed activating the artificial intelligence by saying its name then asks questions and gives commands. 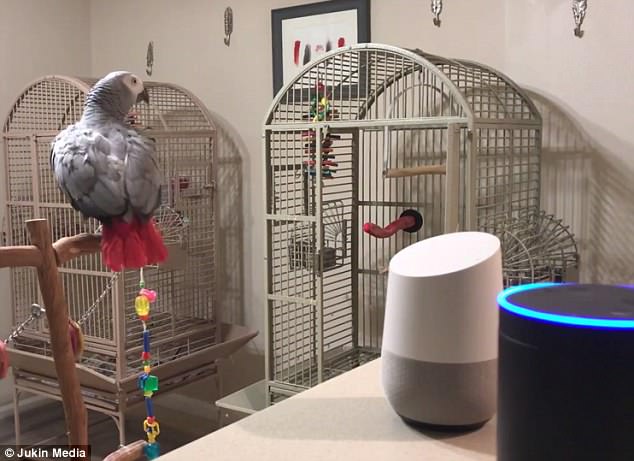 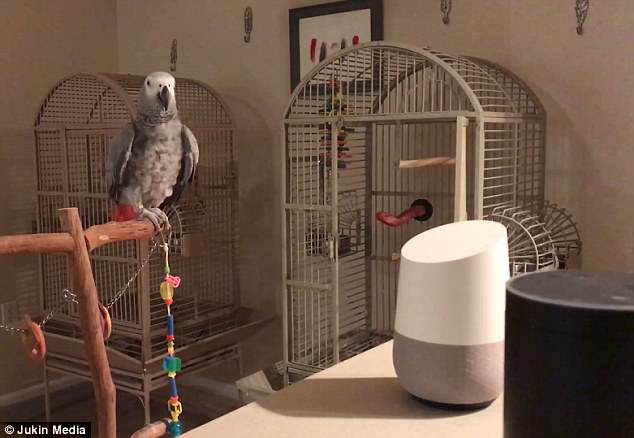 When Petra tells Alexa to turn the lights off, it responds by saying ‘okay’ as the room dims.

In the midst of speaking to Alexa in English, Petra reverts back to her natural bird calls and whistles.

At the end of the video it sounds like the parrot calls the machine by its name, and then proceeds to tell it ‘I love you’.

This is not the first time a parrot has activated Amazon’s Alexa.

Last year in the UK, an African grey called Buddy shocked its owner when she received a mystery package that was ordered from her Amazon account.

It turns out Buddy had placed a £10 order of gift boxes by commanding the voice-controlled system while no one was watching. 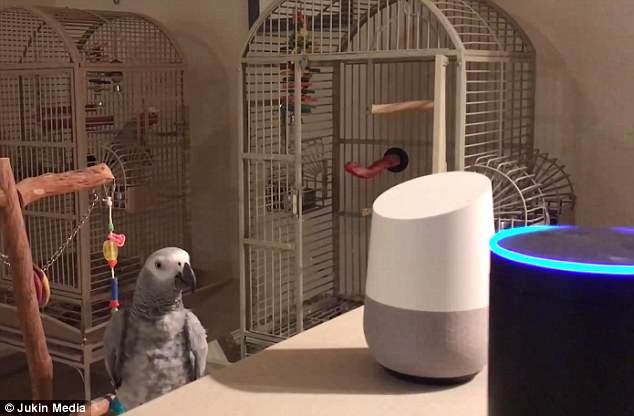