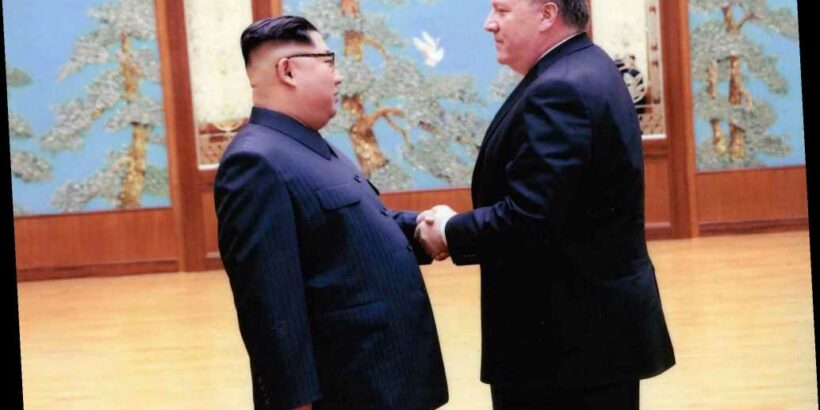 Pompeo rejected US effort to declare ‘genocide’ in Myanmar on eve of coup: officials

Former Secretary of State Mike Pompeo said his “regret” is that the Trump administration couldn’t get North Korean leader Kim Jong Un to get rid of the country’s nuclear weapons.

“I regret that we didn’t make more progress,” Pompeo​ said, according to the Hill, citing his comments to a conservative podcast released Thursday.

“We convinced him not to do more nuclear testing and more long-range missile testing, but we weren’t able to get him to give up his nuclear program​,” he said.

Pompeo, a former congressman from Kansas and possible 2024 presidential hopeful, ​discussed his April 2018 meeting with Kim when he was the director of the CIA.​

Photos showed the two shaking hands amid reports that the meeting amounted to a major break in US policy.​​

He said he made the trip to North Korea to tamp down tensions after former President Donald Trump warned the US would unleash “fire and fury​” unless Kim stopped threatening the US and its allies in the region.

“We were trying to take the tension level down and create a situation where we could have a rational discussion,” Pompeo said.

“The president was prepared to consider whether a summit might be appropriate. It was really quite the, quite the experience.”

“When I became CIA director, [I] had no earthly idea that one day I’d be on a quiet plane traveling in the dark to land at an airstrip in Pyongyang to meet Chairman Kim, who had committed the most horrific crimes against humanity,” he said, remarking about the Otto Warmbier case.

Warmbier, a 22-year-old college student from Ohio, died a week after being released from a North Korean prison in a coma in June 2017.

Pompeo also said he spent months getting ready to meet Kim, but “nothing can quite prepare you for being there.”

Kim has resumed provoking the US since Trump left office, and in March test-fired two short-range missiles during joint US-South Korea military exercises.