Poorer parents are less likely to send their child to pre-school nursery even though it is free, study finds 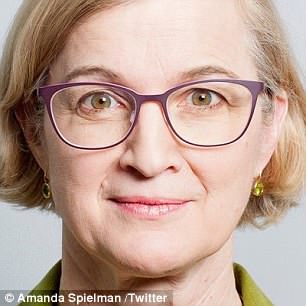 Poorer parents are less likely to send their pre-school child to nursery even though it is free and has been proved to boost attainment, a new study has found.

Research by the London School of Economics (LSE) has found a 13 percentage point difference between advantaged and disadvantaged children taking up free pre-school places.

It comes after Ofsted chief Amanda Spielman warned a rising number of children are arriving for their first year of school unable to speak properly or use the toilet. She wants nurseries to teach children these basic skills if parents have failed to do so, to make sure they are ‘school ready’ by the age of five.

But yesterday’s LSE study casts doubt over the abilities of nurseries to solve the issue when some children are simply being kept at home.

It found almost one in five children delays taking up a free place in pre-school education – most of them from low-income families.

Around one third of persistently poor children delays, compared to one sixth of their higher-income peers.

The researchers found that persistently poor children are 13 percentage points less likely to attend for the full five terms of free pre-school education than children from higher-income families.

Persistently poor children were defined as who were eligible for the ‘pupil premium’ – a deprivation indicator – for all three years of early primary school.

In addition, migrant children – those who speak English as an additional language – were nearly three times more likely not to take up their full five terms as their peers.

The LSE researchers said the findings were worrying because nursery is a key component to bridging the gap in attainment between rich and poor children.

Author Dr Tammy Campbell said: ‘Universally funded pre-school education is not, in fact, being accessed equally by all children.

‘The families who are benefitting most from the policy are those who are already advantaged in many ways – while low-income children miss out.

‘It’s time for a clear and transparent reassessment of the purpose of funding for the pre-school stage – looking properly at which children win under the current system, and at who misses out.’

Since 2004, all three and four-year-olds have been allowed a free nursery place.

In 2017, there was an additional expansion to 30 funded hours a week for three and four-year-olds with working parents. 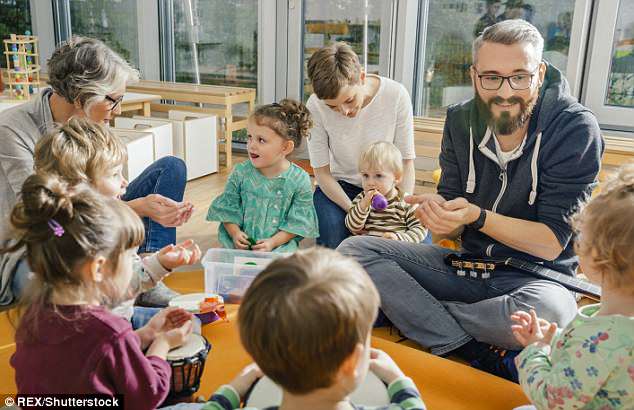 Poorer parents are less likely to send their pre-school child to nursery even though it is free, according to research (stock image used)

The paper, ‘“Universal” early education: who benefits?’, was funded by the Nuffield Foundation and is published in the British Educational Research Journal.

It found the free places have been ‘disproportionately benefitting’ children from higher income families who ‘least need a head start’.

It said: ‘With over £2,000 now allocated annually to each eligible child, these places have become the central initiative aimed at creating a more equitable start for children in England.

‘This is especially true given the squeeze since 2010 on funding for other early childhood initiatives, including Sure Start children’s centres, as well as reductions in cash benefits for families with young children.’

The researchers also examined whether the type of pre-school provision available locally makes a difference to take-up.

They found that in areas where more children take their places in Sure Start centres, take-up was highest among all children – and the gap between low- and higher-income children much smaller.

In contrast, areas with most pre-school places provided through the private sector have the largest gap in take-up between low- and higher-income families.

The authors called on the government to re-think their policy to make sure more disadvantaged children benefitted from nurseries.

It comes after education secretary Damian Hinds spoke of the tragedy of children turning up to school unable to understand basic commands.

Studies have shown these children quickly fall behind and can underachieve for the rest of their lives.

Earlier this year, Mr Hinds launched a series of initiatives targeted at disadvantaged families encouraging them to read to their children and sing nursery rhymes, in a bid to help them learn more vocabulary.