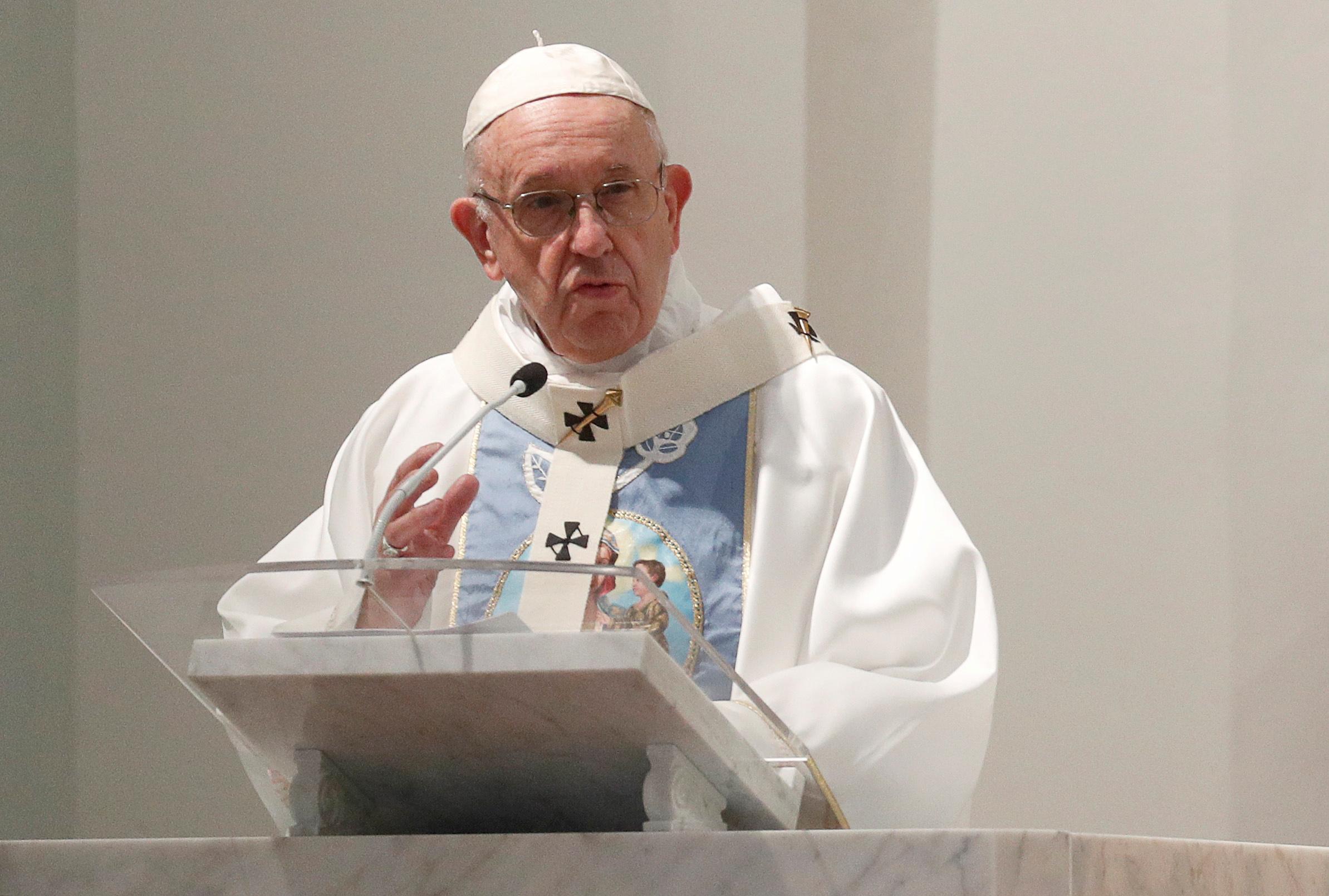 PANAMA CITY (Reuters) – Pope Francis on Sunday condemned the twin bombings that killed at least 20 people during a Catholic Church service in the Philippines as a “terrorist attack” and prayed that God would convert the hearts of those who carried it out.

The attack also wounded 81 and was one of the deadliest in recent years in a region long plagued by instability.

Francis, speaking at a hospice for AIDS sufferers on the last day of his trip here, expressed his “firm condemnation of this act of violence that causes more mourning in the Christian community. I pray for the dead and the injured. May the Lord, prince of peace, convert the hearts of the violent ones.”

There was no immediate claim of responsibility but police suspect the bombings were the work of Abu Sayyaf, a militant group that has pledged allegiance to Islamic State and is notorious for its bombings and brutality.

The first explosion went off inside the cathedral on Jolo Island in Sulu Province, and was followed by a second blast outside, which was detonated as security forces raced to the scene, officials said.

The pope visited the Philippines, the most Catholic country in Asia, in 2015.