ABOARD THE PAPAL PLANE (Reuters) – Pope Francis on Sunday defended his decision to reject the resignation of Philippe Barbarin, the French Roman Catholic cardinal convicted on charges of failing to report sexual abuse. 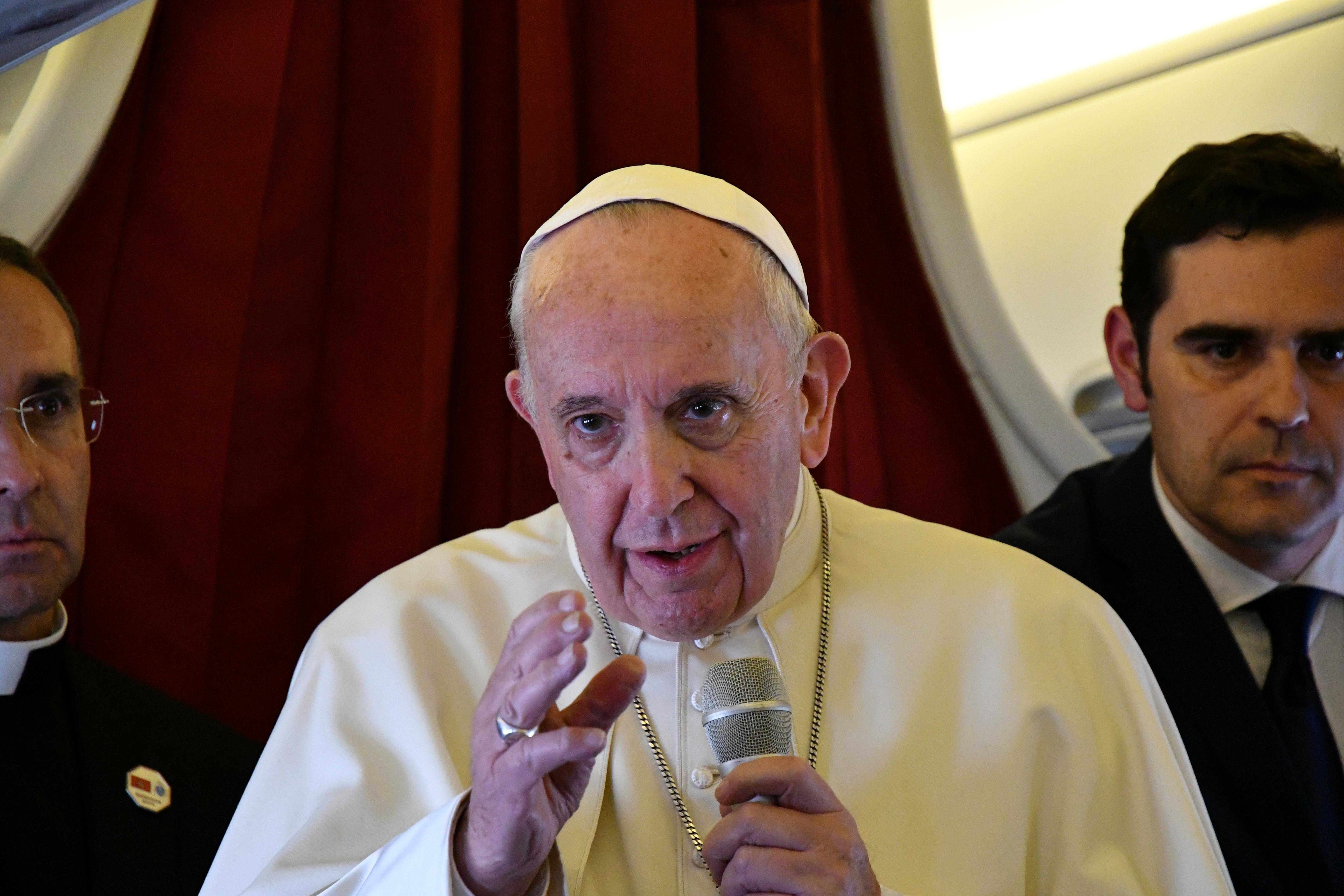 Speaking to reporters on the plane returning from a two-day trip to Morocco, Francis said he was obliged to give the archbishop of Lyon the benefit of the doubt until his appeal is heard.

“I can’t accept it because in juridical terms, in classic world jurisprudence, there is the presumption of innocence as long as the case is open, and he has appealed,” Francis said.

Barbarin offered his resignation when he met the pope on March 18.

A court in Lyon ruled on March 7 that between July 2014 and June 2015, Barbarin covered up allegations of sexual abuse of boy scouts in the 1980s and early 1990s by a priest who is due to go on trial later this year.

Barbarin, 68, the highest-profile cleric to be caught up in the child sex abuse scandal inside the French Church, received a six-month suspended prison sentence. He has denied the allegations and launched an appeal.

“When the second court hands down its decision, then we will see what will happen. But we must always have the presumption of innocence. This is important because it goes beyond the superficial condemnation by the media,” the pope said.

“Maybe he is not innocent, but the presumption (of innocence) must be there,” the pope said.

The Barbarin trial put one of Europe’s most senior clergymen in the spotlight at a time when the pope is grappling with criticism over the Church’s response to a decades-long sexual global abuse crisis.

Barbarin has stepped aside temporarily pending the appeal and has handed over the day-to-day running of the diocese to a vicar general.

He has said he would remain head of the dioceses in title and would continue to sign off on documents until the appeal process is over.

The Church’s credibility has been damaged in much of the world by abuse scandals in countries including Ireland, Chile, Australia, France, the United States and Poland, paying billions of dollars in damages to victims and forcing parishes to close.

The scandals have reached the upper echelons of the Vatican itself with the conviction of Cardinal George Pell, jailed this month for six years for abusing boys in his native Australia. He had served as the Vatican treasurer and a member of the pope’s innermost council of cardinals until his conviction last year.