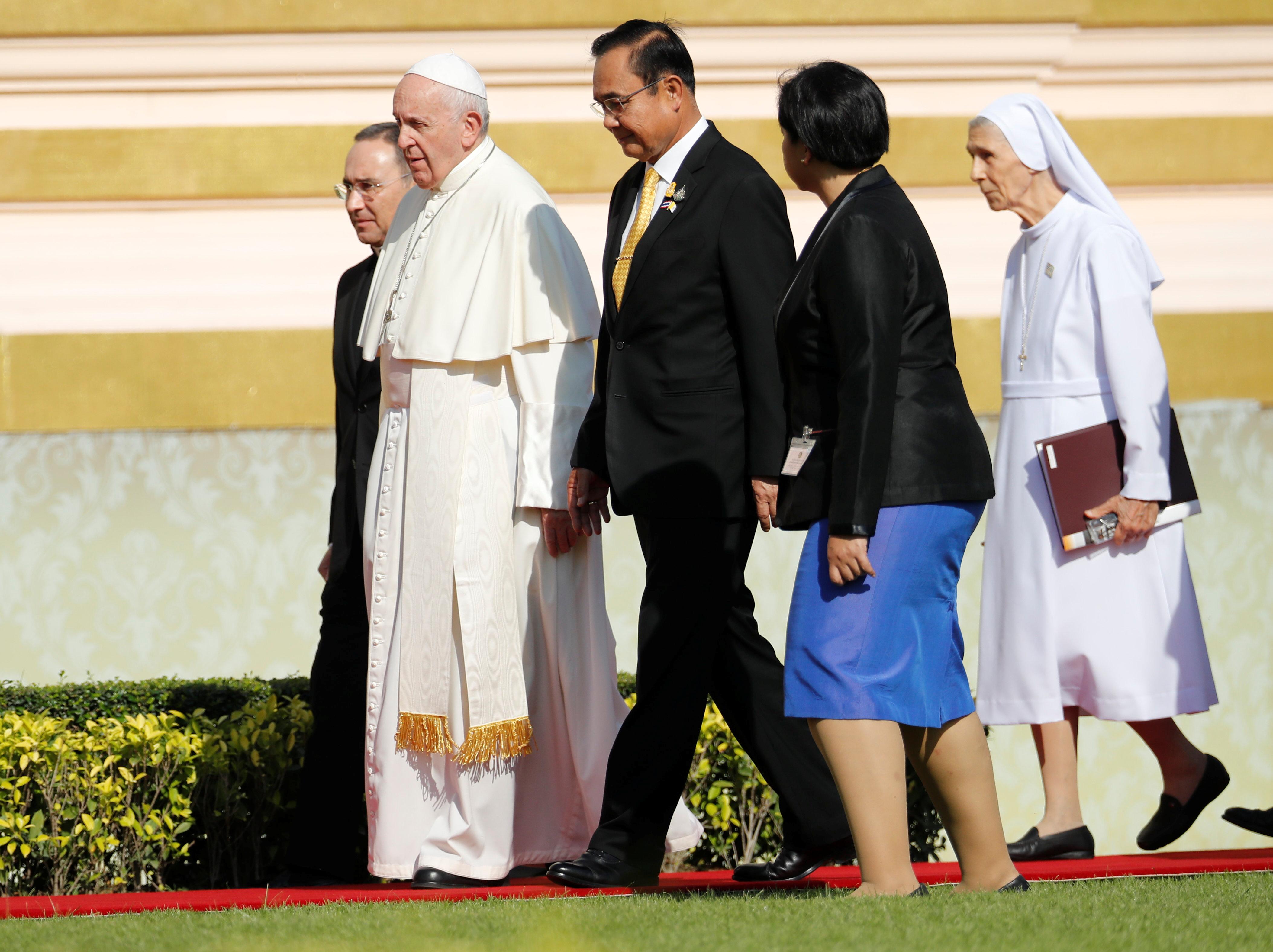 BANGKOK (Reuters) – Pope Francis was set to meet Thailand’s supreme Buddhist patriarch, prime minister and king at the start of an official visit on Thursday, before celebrating a mass with tens of thousands of Thai Catholics.

During his visit to the Southeast Asian country, the pope is expected to speak out on human trafficking and to urge compassion for refugees.

The small but fervent Catholic minority were expected to turn out in large numbers for the pontiff’s visit to overwhelmingly Buddhist Thailand, the first stop on a seven-day Asian journey that also includes Japan.

Thailand’s prime minister is hosting official welcoming ceremonies on Thursday before the pope meets with the supreme patriarch of Thai Buddhists, Somdet Phra Maha Muniwong, who at 91 is nearly a decade older than the pope.

He is later to meet with King Maha Vajiralongkorn, who was officially crowned earlier this year and is the official protector of Buddhism in Thailand.

Thailand’s Catholics number just a little more than 380,000 in a country of more than 65 million, but the small community has thrived.

Tens of thousands are expected to pack into Bangkok’s National Stadium on Thursday evening for the first of two masses officiated by the pope.

He will hold another mass at Bangkok’s Assumption Cathedral before leaving on Saturday for Japan, where he will visit the nuclear ground zeros of Hiroshima and Nagasaki.