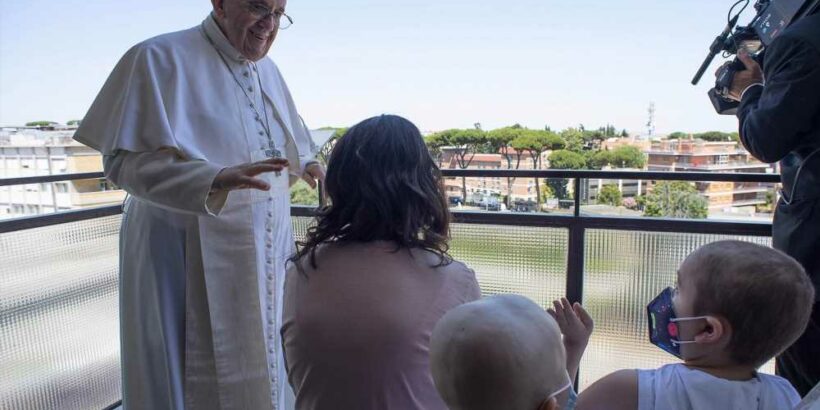 Pope Francis on Sunday made his first public appearance while recovering from major surgery, thanking supporters while standing at a hospital balcony in Rome and asking for their prayers.

“I am happy to be able to keep the Sunday appointment,” the pope, 84, said from the hospital.

“I thank everyone. I very much felt your closeness and the support of your prayers. … Thank you from my heart!” said Francis, whose voice sounded weak while he’s on the mend.

The Holy Father added to applause from well-wishers, “Don’t forget to pray for me.”

Francis underwent a scheduled surgery at Rome’s Gemelli Polyclinic hospital on July 4 for “symptomatic diverticular stenosis,” a condition that required surgeons to remove part of his colon. The hospital stay is expected to last seven days “barring complications,” a Vatican spokesperson previously said.

Holy See spokesman Matteo Bruni on Monday said that the pontiff “responded well” to the operation.

On Thursday, the pope sent condolences about the assassination of Haitian President Jovenel Moïse, and decried the “odious” killing.

“The Holy Father expresses his sadness and condemns all forms of violence as a means of resolving crises and conflicts,” Secretary of State Cardinal Pietro Parolin said in a statement.

“He wishes for the dear people of Haiti a future of fraternal harmony, of solidarity and prosperity.”