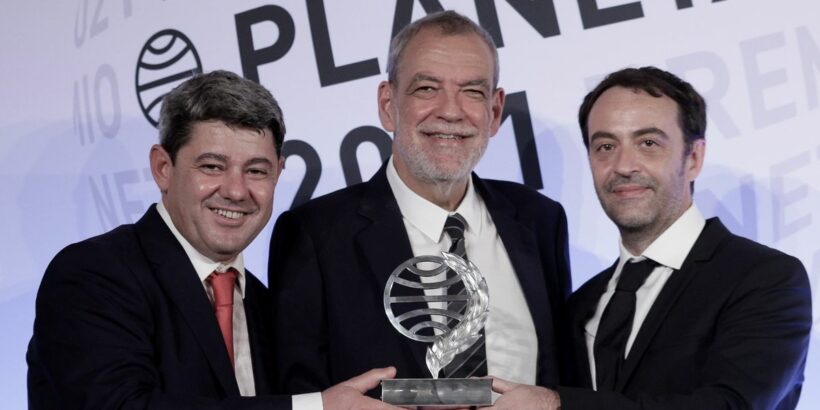 Readers were left in shock after a renowned female author turned out to be three middle-aged men during an awards ceremony.

Carmen Mola, said to be from Madrid in Spain, has written a series of thrillers centred around detective Elena Blanco.

However, the three actual authors – Agustin Martínez, Jorge Diaz, and Antonio Mercero – revealed they had been using a pseudonym as they picked up the 2021 Planeta Award and a cheque worth €1 million (£843,488).

Mr Mercero told Spanish newspaper El Pais: "We didn’t hide behind a woman, we hid behind a name.

“I don’t know if a female pseudonym would sell more than a male one, I don’t have the faintest idea, but I doubt it.”

Mola was described as a mum of three in her 40s who worked as a professor while writing up thrillers.

Spanish paper El Mundo reported in an interview with the authors: “It hasn’t escaped anyone’s notice that the idea of a university professor and mother of three, who taught algebra classes in the morning then wrote ultra-violent, macabre novels in scraps of free time in the afternoon, made for a great marketing operation.”

Prior to penning the thrillers, the three men worked as screenwriters and had been credited on Central Hospital and Blind Date.

In another interview with Spain’s EFE news agency, Mr Martinez suggested they chose the pseudonym because “collective work is not as valued in literature [as in] other arts such as painting or music”.

Three books written by Mola have sold more than 200,000 copies and have been translated into more than 11 languages.

The Planeta Prize winner, The Beast, is set during the cholera epidemic in 1834 and deals with the murder of children.