Suspended head at Educating Greater Manchester school QUITS: Inspirational leader slams the council for launching a ‘persona vendetta’ against him

The charismatic headteacher from the Educating Greater Manchester TV series has quit and claimed the council has a ‘personal vendetta’ against him.

In a letter posted on Twitter, Drew Povey said he resigned following his suspension from Harrop Fold School in Little Hulton, Salford.

Three other members of staff were suspended as part of the investigation into ‘administrative errors’. 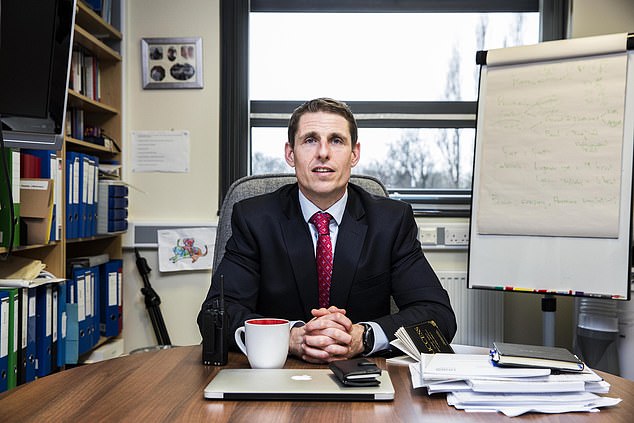 Povey, pictured in his office,  had been headteacher at the school since 2010, having joined as a teacher in 2006. 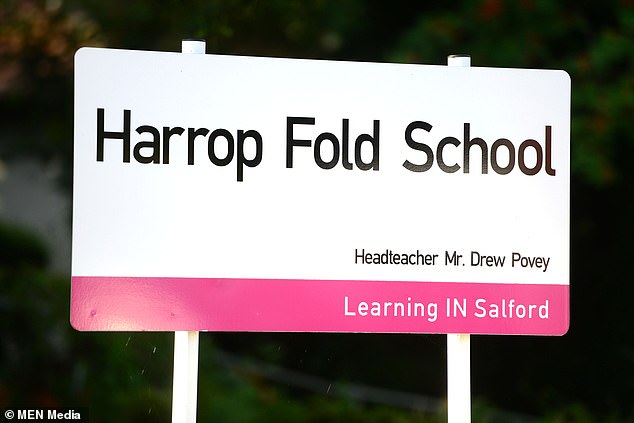 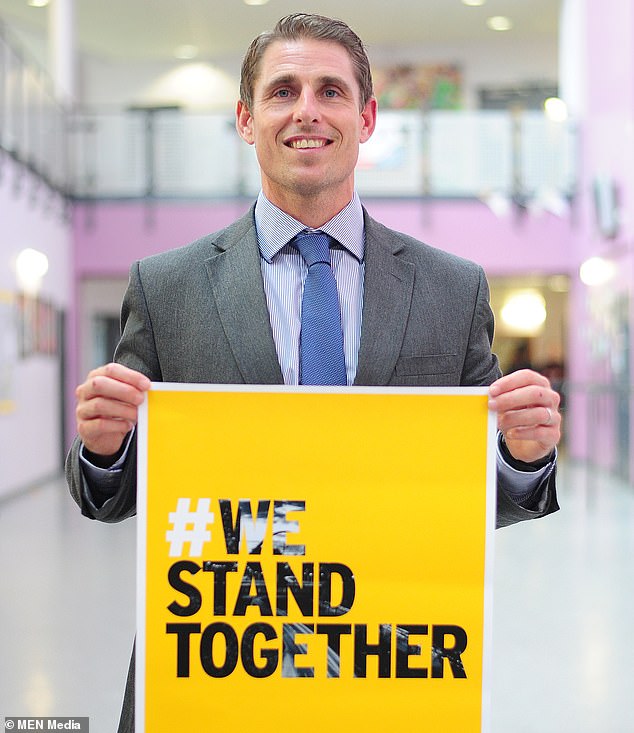 It’s understood the investigation centres on allegations that children with poor academic performance were removed from the school register – a practice known as ‘off-rolling’ – to give the impression that the school is performing better than it is.

Mr Povey, who had viewers swooning over his Tom Cruise-style looks,  handed in his resignation as executive head on Tuesday, citing the negative impact his suspension was having on the school and pupils.

He also claimed the council had previously offered him money to ‘walk away’.

His tweet read: ‘The time has arrived where I can no longer sit quietly under the threat of ‘you cannot comment or you will breach your code of conduct’.

In his resignation letter, Mr Povey said he was suspended in July and he understood this was down to administrative mistakes involving a very small number of pupils about how attendance, exclusions and home schooling were recorded.

While he said he took full responsibility for the errors, he claimed he had been unfairly pursued.

Mr Povey wrote: ‘Parents and pupils are unsettled, and the media are speculating as to what has gone on that is so serious to warrant my suspension and that of three other members of staff.

‘I am at a loss to understand the heavy handed approach adopted by the council, which appears to have completely ignored the best interests of the students, staff and school.’ 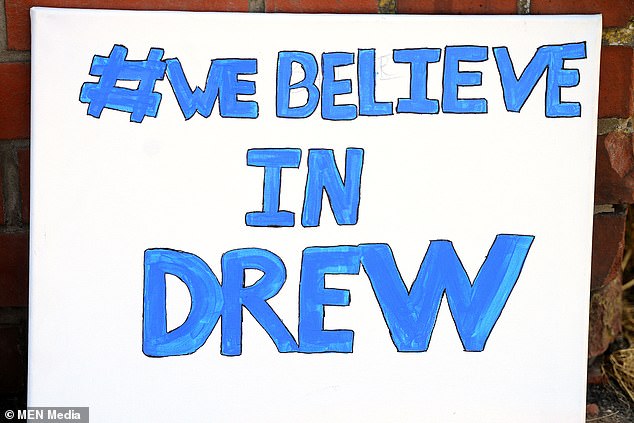 He added: ‘This feels very much like a personal vendetta and I hope that by removing myself from the situation, that some semblance of normality will return to the school, for the benefit of all.’

Mr Povey, 40, also criticised the council for ‘assuming guilty on my part’ and allowing the level of debt to mount up at the school, saying he had worked tirelessly to reduce it from over £3m to its current level of £1.6m.

He said that he was committed to still supporting the school and would donate £100,000 from sales of his book Educating Drew and be prepared to work one of two days a week for free to provide ‘a stable hand’ while a new leadership arrangements were put in place.

Salford City Councillor, Lisa Stone, lead member for children’s and young people’s services, said: ‘I am disappointed that Mr Povey has made public some details of a confidential governor’s investigation.

‘The council completely refutes the allegation that this is a personal vendetta or that Mr Povey was ever offered money to ‘walk away’.

‘In my experience governors do not launch investigations and suspend senior members of staff for mere administrative errors.’ 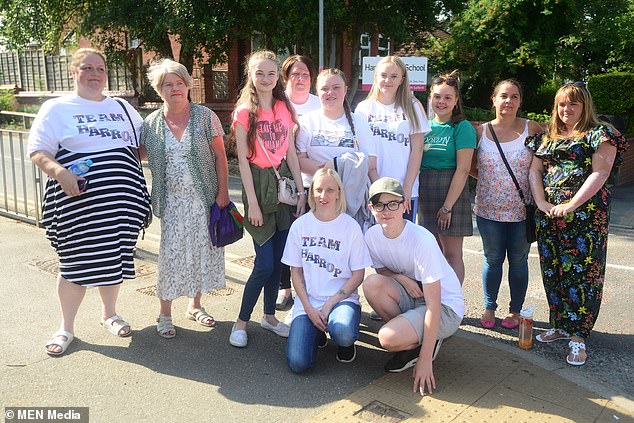 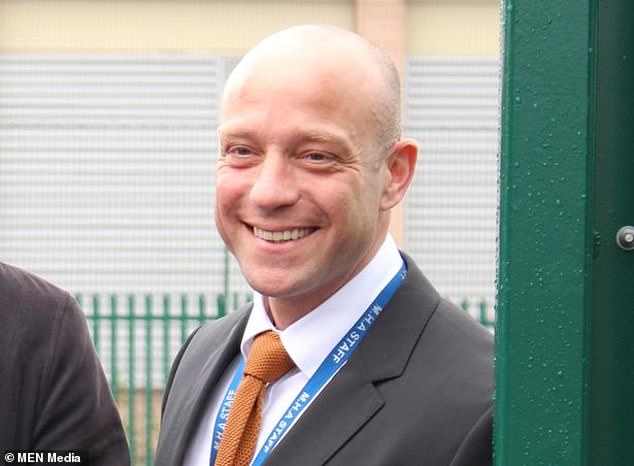 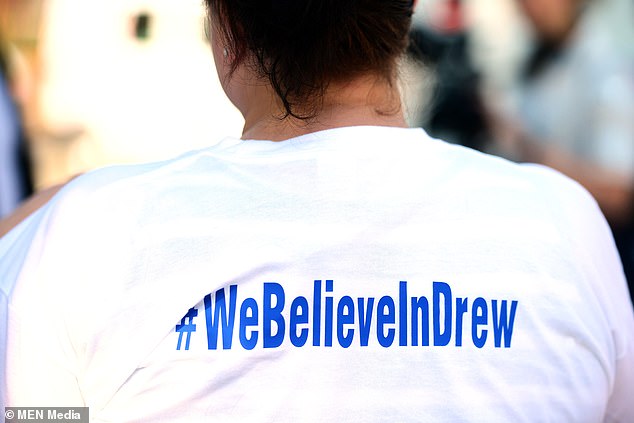 She added it was in nobody’s interest to rush the investigation which is wide-ranging and will continue in the interests of the school, pupils, parents and the members of staff who remain suspended.

Povey had been headteacher at the school since 2010, having joined as a teacher in 2006.

In 2004, Harrop Fold was branded one of the worst schools in the country.

Under Mr Povey’s leadership, it was graded as ‘good’ by Ofsted.

But Mr Povey has ruffled feathers during his time in charge.

He criticised Salford City Council for leaving the school with debts of £3.5m. The debt has been whittled down to £1.6m.

He also refused to take the council up on its suggestion to merge with the ill-fated Salford Academy Trust, which is run with the University of Salford.

The trust was disbanded in June following concerns it was unable to improve the performance of the four schools under its control.

As the star of Educating Greater Manchester– a fly-on-the-wall documentary about his school – Drew, 40, appeared to show commendable leadership qualities, humour, and support and passion for his pupils and staff.