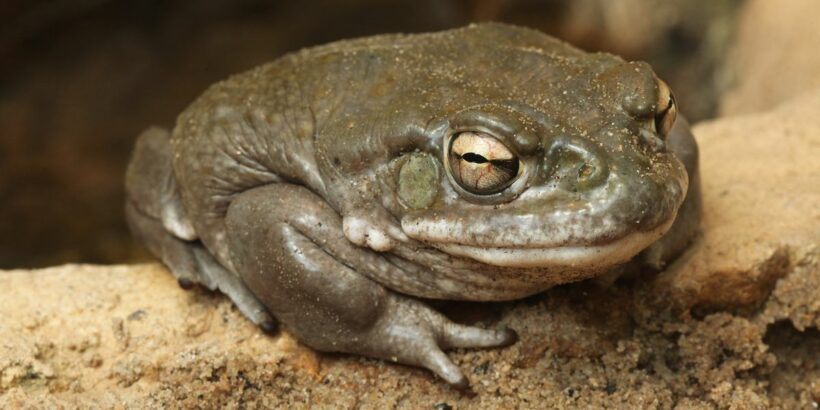 The venom from the rare toad, found in northern Mexico and the southern US, is used by some as a psychedelic drug — and Vidal gave it to Abad to try to cure his cocaine addiction, the newspaper said.

Vidal described the psychedelic effect of the venom when he first used it in a YouTube video, the Times reported.

He said in the clip: “My body turned into light, the light formed part of the ground, the sky, the plants, nature, the universe.

“I was the universe. I was everything.”

Vidal, whose real name is Ignacio Jorda Gonzalez, was arrested on suspicion of manslaughter in the case last year, it is reported.

Vidal was accused of failing to take precautions in case things went wrong when he gave the venom to Abad in 2019.

According to a court statement, Vidal was "the director" of the ritual and had experience in taking the drug in question. He allegedly supplied the drug and failed to control properly the amount the victim inhaled.

If found guilty, Vidal could face up to four years in prison, according to section 142 of the Spanish penal code.

The judge noted that the venom is not recognised by Spanish health officials for medical use.

Dogs bitten by the deadly toad have died or been paralysed, according to reports.

The amphibian releases a venom called 5-MeO-DMT, which is known to have hallucinogenic effects, according to the US's Addiction Center website.

It is about four to six times more powerful than the better-known DMT or dimethyltryptamine, which "stimulates the production of serotonin, a neurotransmitter that causes feelings of happiness," says the site.

Vidal's lawyer, Daniel Salvador of the firm Vosseler Lawyers, has declined to comment on the case. He told CNN in June that the death was a "tragic accident" and that his client was not responsible.

His client can appeal the decision and the prosecutor's office now has 10 days from Wednesday, when he was charged, to request the opening of an oral trial or its dismissal.

The court dismissed proceedings against a cousin of Vidal and another person investigated, saying they had no criminal responsibility because they had no "control of the situation" and were not involved in directing the ceremony.