MADISON, Wis. (AP) — When the U.S. Supreme Court repealed in June a woman’s constitutional right to an abortion, Wisconsin’s 1849 law that bans the procedure except when a mother’s life is at risk became newly relevant.

Republicans in the Legislature blocked an attempt by Democratic Gov. Tony Evers to overturn the law. Yet there’s disagreement inside the GOP over how to move forward when they return to the state Capitol in January.

The state’s powerful Republican Assembly speaker, Robin Vos, supports reinforcing the exception for a mother’s life and adding protections for instances involving rape and incest. Others, including GOP state Rep. Barbara Dittrich, say the law should stay as it is, without exceptions for rape and incest.

For decades, Republicans like Vos and Dittrich appealed to conservative voters — and donors — with broad condemnation of abortion. But the Supreme Court’s decision is forcing Republicans from state legislatures to Congress to the campaign trail to articulate more specifically what that opposition means, sometimes creating division over where the party should stand.

Dittrich says consensus among her Republican colleagues on an alternative to the 1849 law would be a “tremendous challenge.” 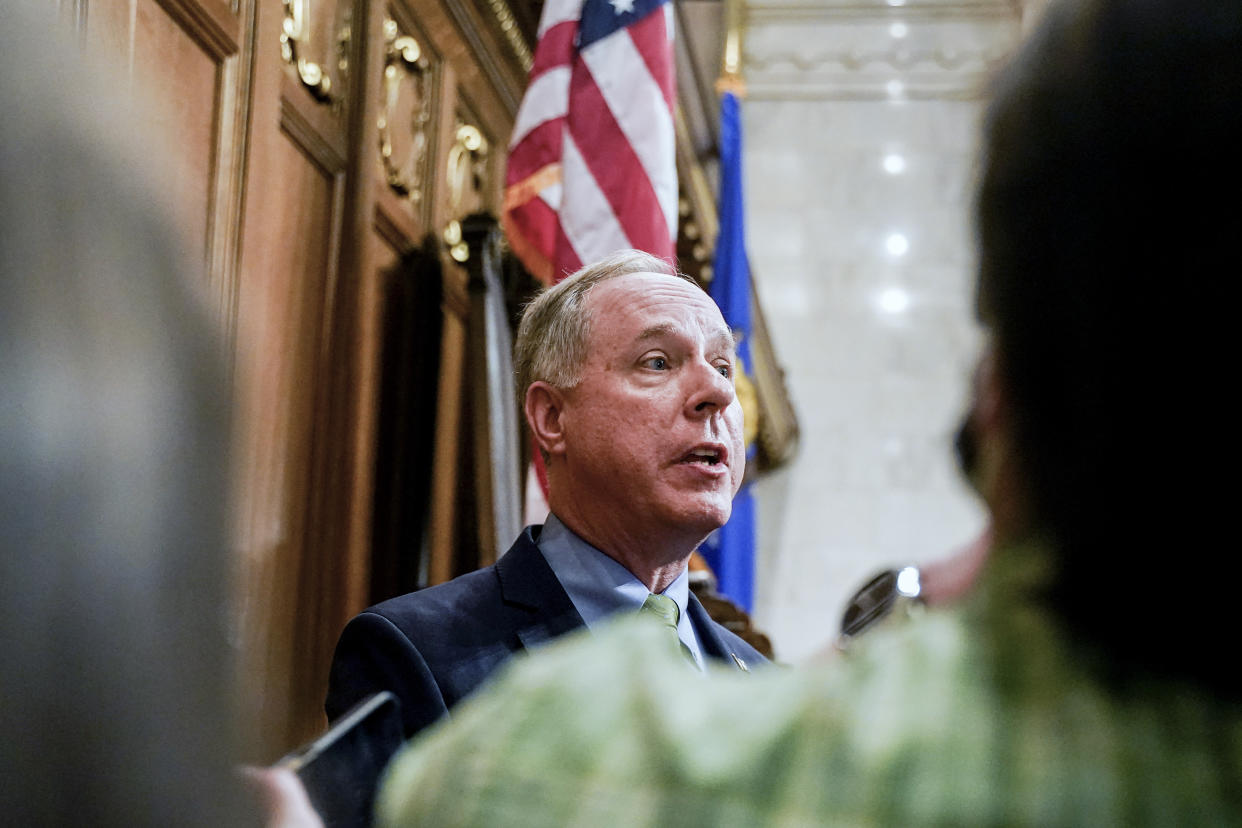 Of course, supporters of abortion rights are now a distinct minority in Republican politics. Just two GOP members of Congress — Sens. Lisa Murkowski of Alaska and Susan Collins of Maine — publicly support passing legislation to reinstate the protections of a woman’s right to choose that the Supreme Court struck down in overruling Roe v. Wade. In Colorado, U.S. Senate candidate Joe O’Dea is the rare Republican running this year who backs codifying Roe.

But the debate over even a limited set of circumstances in which abortion could be legal spurred some division within the GOP in Wisconsin and elsewhere.

In Indiana, after a decade of stalled legislation on abortion, empowered Republicans passed the first near-total abortion ban since the Supreme Court ruling. But even that measure drew dissent within the GOP. Exemptions for rape and incest up to 10 weeks prevailed after 50 Republicans joined with all Democrats to include them.

Still, 18 Republicans voted against final passage of the bill, with roughly half saying the bill went too far and the rest saying it was too weak.

‘It’s like you are playing with live ammunition right now’

In South Carolina, meanwhile, Republicans have spent decades curtailing abortion access and there is ongoing discussion about a near-total ban. But some in the legislature voiced concern about pushing the current six-week ban further and urged deceleration, particularly after seeing voters in Kansas spike a ballot measure that would have allowed the legislature there to ban abortion.

The Supreme Court ruling paved the way for severe abortion restrictions or bans in nearly half the states. Nine states currently have laws banning abortion from conception, with three more — Tennessee, Idaho and Texas — set to take effect on Aug. 25. Three states — Georgia, South Carolina and Ohio — have laws banning abortion when fetal cardiac activity is detected, at about six weeks. Florida’s law bans abortion at 15 weeks, and Arizona’s will as of Sep. 24.

Some experts say the inconsistency among Republicans about how to move forward underscores how new the debate is — and how unprepared the party was for it.

“Historically, GOP candidates and policy makers were in a politically convenient spot when it came to being ‘pro-life,’” University of Denver political science professor Joshua Wilson told the AP in an email.

Until Roe was overturned, Republican-controlled states could introduce legislation to dismantle abortion access, knowing that federal courts bound by the law at the time would block the most aggressive regulations. That and the issue’s lower salience among Democratic and moderate voters, Wilson noted, “were linked guardrails against political backlash.” 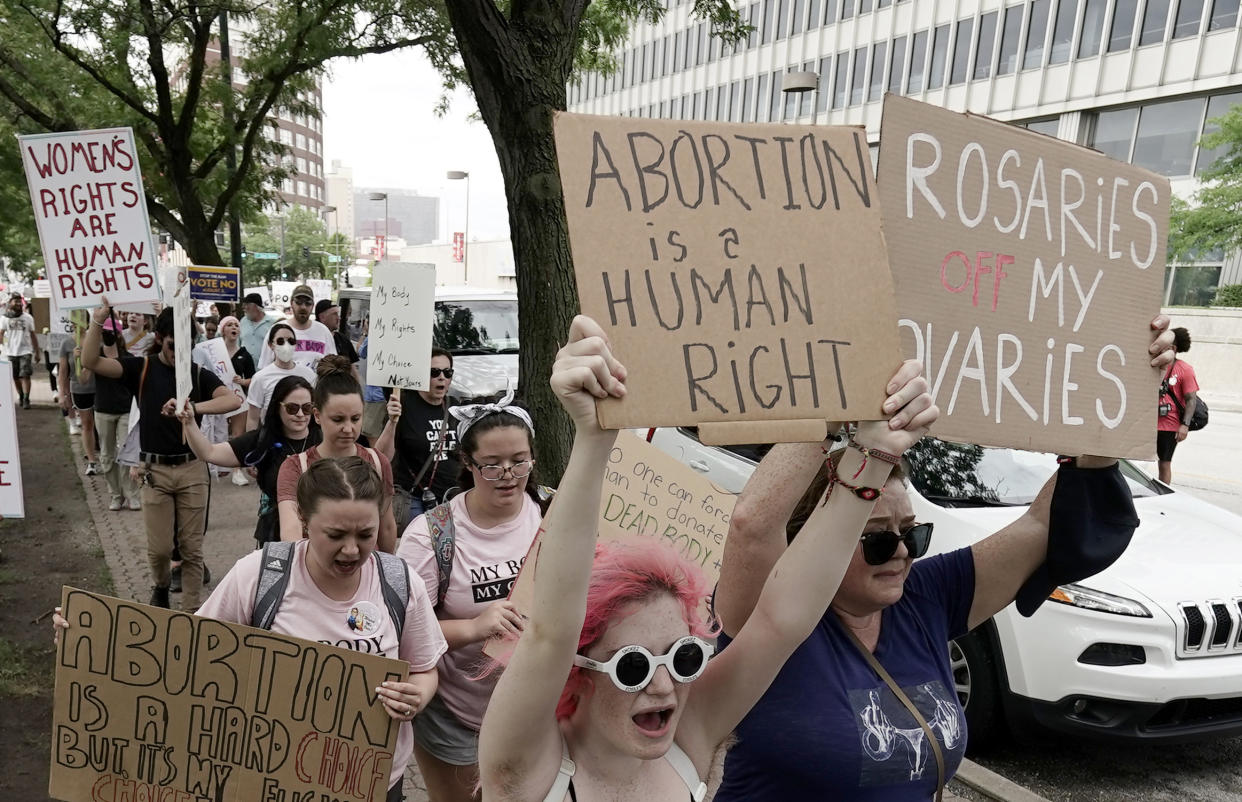 The rejected ballot measure in Kansas surprised advocates on both sides, not only because it was defeated by a 20-percentage-point margin but also because turnout surged, driven by voters who weren’t participating in the Republican primary. Prioritization of abortion and women’s rights is growing among abortion rights supporters, and Democrats are seeking to capitalize on the shift by campaigning on the issue and pushing for ballot measures in other states.

Polling shows the most extreme anti-abortion laws are at odds with the American public and even most Republicans.

The July AP-NORC poll showed Republicans are largely opposed to abortion “for any reason” and at 15 weeks into a pregnancy. But only 16% of Republicans say abortion generally should be “illegal in all cases.”

Most Republicans said their state should generally allow a pregnant person to obtain a legal abortion if the child would be born with a life-threatening illness (61%), the person became pregnant as the result of rape or incest (77%) or if the person’s health is seriously endangered (85%).

A majority of Republicans, 56%, also said their state should generally allow abortion at six weeks into a pregnancy.

Some GOP candidates have pivoted from hard-line positions

GOP politicians may begin to face pressure to satisfy their base’s most conservative anti-abortion opponents — they want total abortion bans — and the moderate or independent voter, who is more accepting of abortion at early points in the pregnancy and in extenuating circumstances.

That’s led some candidates to pivot from hard-line positions in their primaries to more diffuse rhetoric ahead of their general election in purple states. In Arizona, the Republican candidate for governor, Kari Lake, who said during the primary that “abortion is the ultimate sin” and abortion pills should be outlawed, punted to the Legislature when asked about the specifics of abortion policy after she won.

When he was running to be Georgia Republicans’ nominee for the U.S. Senate, Herschel Walker was unequivocal in his support for an outright abortion ban with no exceptions. Now that he is the nominee running in a tight general election contest, he’s more circumspect. When asked plainly whether he’d vote for an absolute prohibition in a Republican-controlled Senate, Walker demurred.

“That’s an ‘if,’” Walker said, telling reporters he won’t entertain such a hypothetical scenario “right now.”

Back in Wisconsin, Evers, who is up for reelection this year, has consistently vetoed anti-abortion legislation brought forth in recent years by the Republican legislature. The Republican candidate for governor, Tim Michels, who won the Republican primary last week, said during his campaign that the state’s 1849 law is “an exact mirror” of his position; he doesn’t support exceptions for rape or incest. 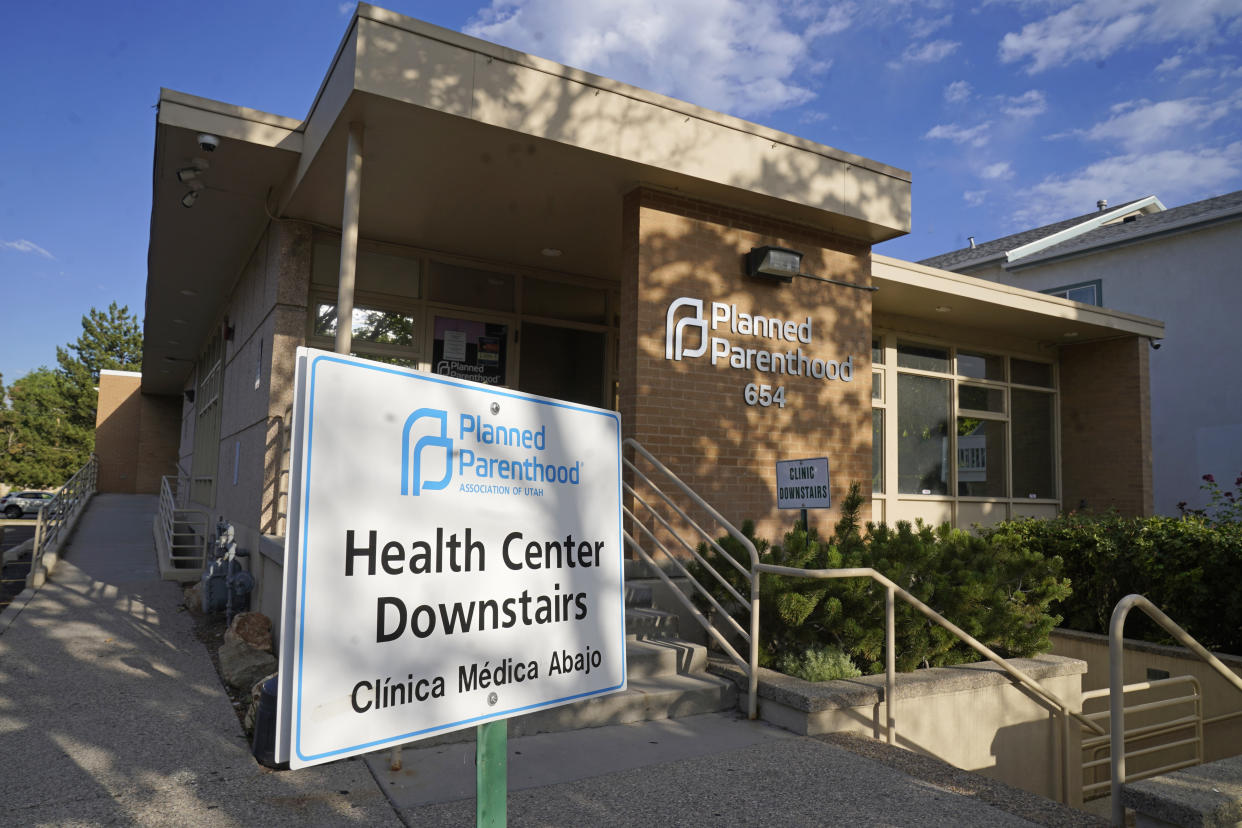 The subject is increasingly the focus of ads for Democratic candidates for the U.S. House and Senate this summer, while it’s tapered off in ads for Republican candidates, according to analysis by the Wesleyan Media Project. Democrats are painting Republicans as extreme on abortion, hoping to see the issue win over voters in the midterm elections.

“If we want to be relevant to the debate, there’s got to be some negotiation. If we draw a hard line, we may be on the outside looking in in legislative chambers and in Congress,” said Republican strategist Jason Roe.

Susan B. Anthony Pro-Life America President Marjorie Dannenfelser said the overturning of Roe democratizes the process of regulating abortion and it’s up to each state to come to a consensus “where it’s very likely that the true believers on both sides will not get what they want,” she said.

Still, to Dannenfelser, “every single law that’s passed is a gain for the pro-life movement because for almost 50 years, we had nothing,” she said. “It’s more than we had, and so that’s how I look at it.”