(Reuters) – A preacher who said Christians were immune to the coronavirus and then contracted it himself appeared in a Myanmar court on Wednesday to face charges over organising services in defiance of a ban on gatherings. 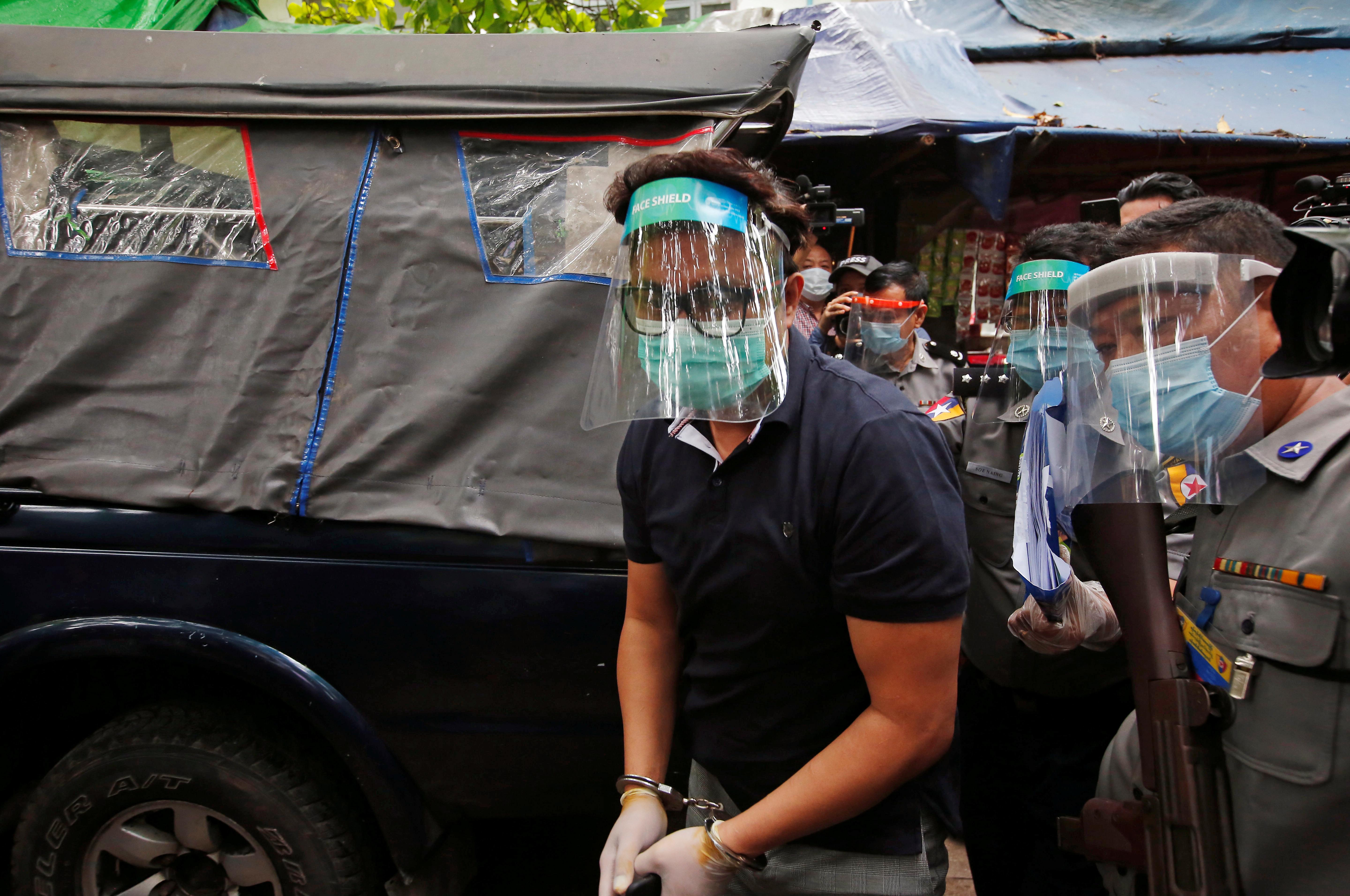 David Lah, a Canadian citizen of Burmese origin, and another man, Myanmar national Wai Tun, face a maximum three-year prison term under the disaster management law over the church services held in the commercial capital of Yangon in early April.

In a sermon posted online in late March, Lah had told followers: “If you hear the sermon of God, the virus will never come to you. I declare it with the soul of Jesus Christ.”

Judge Moe Swe told journalists after the hearing at a Yangon court that Lah would be remanded in Insein prison until June 3 while police continue their investigations.

Lah had previously been taken to hospital and was then under quarantine at a hotel. Wai Tun was not present in court.

About 20 people who participated in the gatherings in early April subsequently tested positive, an official said at the time.

This led to a cluster of 67 cases, Thar Tun Kyaw, a spokesman for Myanmar’s health ministry, told Reuters on Wednesday.

The Yangon Region COVID-19 Control and Emergency Response Committee said in a statement that Lah and two other pastors had held services after a March 13 ban was introduced.

The coronavirus has infected nearly five million people globally and killed more than 322,000. More than half the coronavirus cases in South Korea, at the beginning of the outbreak there, were linked to gatherings at a church.

Myanmar, which has reported 193 cases of the virus and six deaths, is a Buddhist-majority nation but Christians comprise about 6% of the population.