‘Predatory’ teaching assistant, 38, who enticed a former pupil to perform sex acts on webcam after grooming him over Instagram is jailed for more than three years 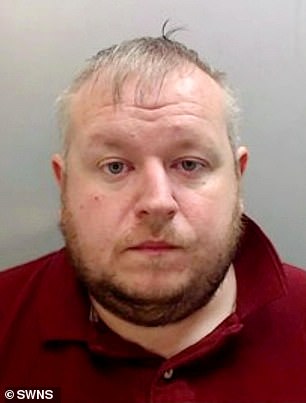 A ‘predatory’ teaching assistant who enticed a former pupil to perform sex acts on webcam after grooming him over Instagram has been jailed.

A court heard how the victim’s father alerted police when he discovered perverse messages between Jones and his son on Instagram.

Jones, who has worked with children for 20 years, was arrested and officers also found a stash of sick child abuse images on his phone.

Police forensic experts examined his mobile device and discovered 38 indecent images of children, including five at the worst category A.

These included four videos ranging from an 18-second clip of a child aged five being sexually abused to a two-minute movie involving a nine-year-old.

Jones pleaded guilty to a total of seven offences, which also included pleasuring himself in front of the teenage boy online and possession of child sex abuse videos.

On Friday he was jailed for three-and-a-half years by a judge who branded him ‘truly disgusting’.

At Chester Crown Court sentencing Judge Steven Everett said teaching and council staff could not have known about his sexual attraction to children but added that it was ‘worrying’ the pervert managed to ‘slip under the radar’ of education bosses.

The judge said: ‘These are terrible offences. You have done terrible things. You knew full well what you were doing.

‘You are a disgusting man who perpetuates child sex abuse. You have shown grooming and predatory behaviour.’

Mandy Nepal, prosecuting, said Jones had told the complainant ‘you are amazing’ and made references to school uniforms in their correspondence.

The boy told officers Jones had initiated the online exchanges. 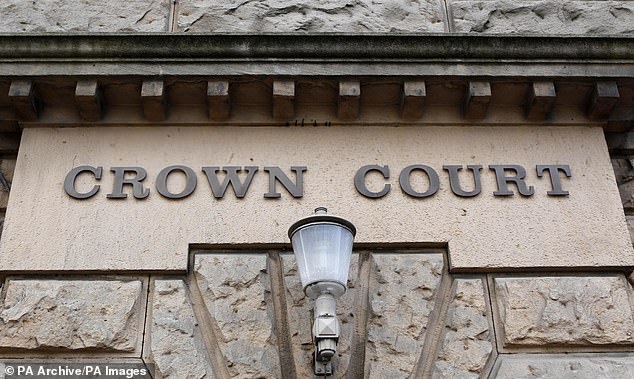 Jo Maxwell, defending, said Jones was extremely remorseful and had shown empathy following his actions. He suffers with depression, anxiety and bipolar disorder.

She added: ‘He says there isn’t a day that goes by that he doesn’t think about the effect his actions have had on the victim, the victim’s family and others affected by the case.’

She told the court that his arrest had come as a relief as he could now address his sexual ‘predilections’ and had been engaging well with counselling services.

The barrister also said there was no implication that Jones had ever abused his position as a teaching assistant to groom children.

Jones, of Chester, was also ordered to sign the sex offenders register for life and was made the subject of a sexual harm prevention order.

After the hearing, Detective Constable Victoria Hazlewood, of Cheshire Police, said: ‘I am delighted that Jones is now behind bars where he can no longer sexually exploit and pose a threat to boys.

‘He took advantage of a boy he knew to be under the age of 16 for his own sexual gratification.

‘This was a boy that had previously attended a school that Jones was working at as a teaching assistant.

‘Jones sent the boy indecent images and videos and messages of a highly graphic sexual nature and incited his victim to do the same.

‘He also downloaded and possessed more than 40 indecent images of children.

‘I would like to thank all the officers involved in the investigation for their hard work in revealing the extent of Jones’ offending and I hope that the sentence he has been handed deters others from committing similar offences.’

Chief Inspector Carlos Brunes, of the Chester Local Policing Unit, added: ‘This case highlights the need for parents and guardians to warn their children of the dangers of communicating with people via social media, to check that they are using those things safely and to keep an eye out for any warning signs of sexual exploitation.’