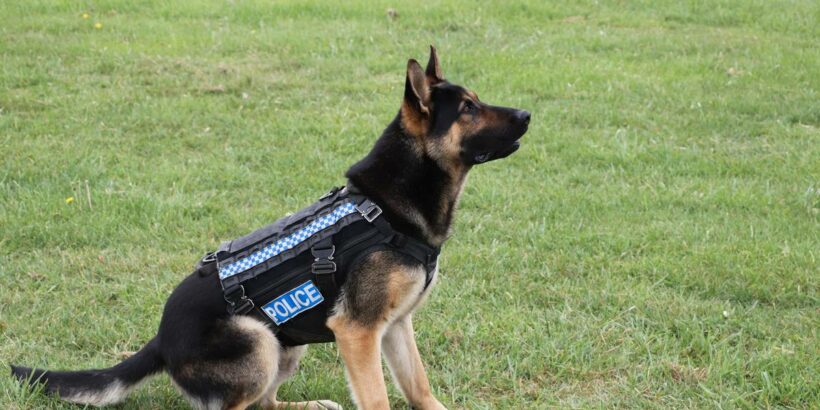 A Christchurch man will appear in court today on a raft of charges after an alleged attack on his pregnant partner and a police dog – one of the country’s best new K9 recruits – last night.

Emergency services were called to an Armagh St address last night after the man, in his 30s, allegedly assaulted the woman and took off.

A police spokesperson said about 20 minutes later a vehicle was stolen from a nearby construction site.

It was tracked using its GPS to a car park in Crosby St where a man was located.

“He attempted to flee on foot and was stopped by two-year-old police dog Lenix,” said the spokesperson.

“The man has then allegedly struck Lenix on the nose with a hammer before also assaulting the dog’s handler.

“Both the officer and Lenix sustained minor injuries.”

It is understood the man threw a hammer at the handler.

“The alleged offender has been charged with a range of offences including resisting police, assaulting police, injuring a police dog and unlawfully taking a motor vehicle,” said the spokesperson.

The injured officer was treated at the scene and Lenix was taken to a vet.

“Lenix, who was recently voted New Zealand’s top trainee police dog, is expected to be back at work in a few days,” said the spokesperson.

The pregnant woman suffered minor injuries and received medical treatment at the scene of the initial callout.

Court records show the man was also due to appear before a Community Magistrate today on other charges including burglary, being on a property unlawfully, receiving stolen property, failure to answer bail, procuring or possessing methamphetamine.

Lenix and started duty with the police in March this year.