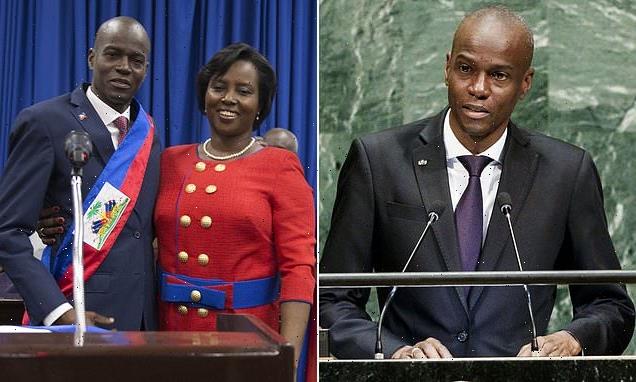 The President of Haiti Jovenel Moise has been assassinated in a nighttime raid on his private residence in the hills above Port-au-Prince, according to the prime minister.

A group of gunmen, some of whom spoke English and Spanish, broke into Mr Moise’s home at around 1am on Wednesday, PM Claude Joseph said in a statement.

The 53-year-old was shot dead and the First Lady Martine was also injured in the attack, Mr Joseph wrote as he condemned the ‘hateful, inhumane and barbaric act.’

Mr Joseph said he had taken charge of the country and the police and armed forces were taking ‘all measures to guarantee the continuity of the State and protect the Nation.’

It comes after Mr Moise claimed police had foiled an attempt on his life in February amid massive protests in the country over claims the president was acting like a dictator and refusing to hold elections. 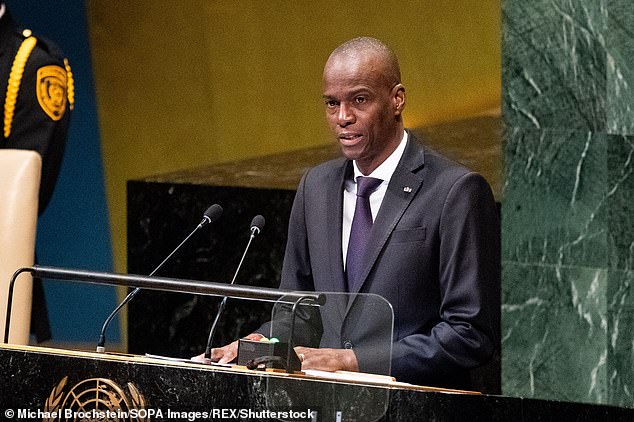 The President of Haiti Jovenel Moise, 53, (pictured at the UN in New York in 2018) has been shot dead during a raid on the presidential palace, according to the prime minister’s office 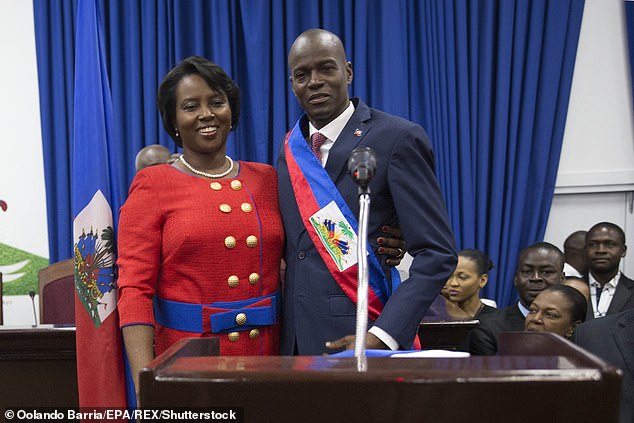 President Jovenel Moise, 53, and First Lady Martine, 47. The First Lady was also wounded in the assassination, according to the PM’s statement 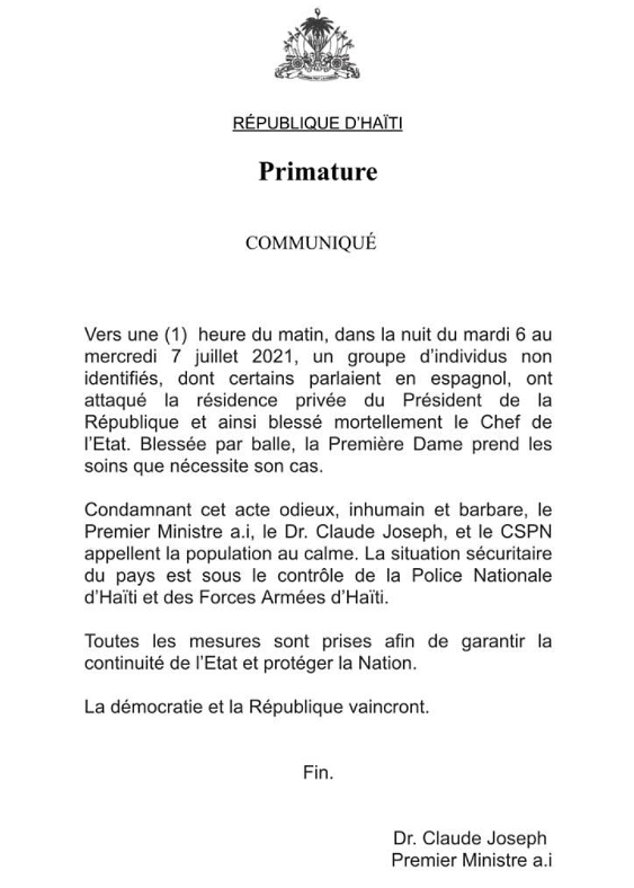 A group of gunmen, some of whom allegedly spoke in Spanish, broke into Mr Moise’s home at around 1am on Wednesday, according to a statement from Prime Minister Claude Joseph. He said that Haiti remained under the control of the police and armed forces and ‘all measures are taken to guarantee the continuity of the State and protect the Nation.’

Haiti has been plagued by political turmoil which saw hundreds rioting in the capital in February over claims that Mr Moise’s term had expired and he was ruling unconstitutionally.

The Moise administration was also accused of financial impropriety over his decision to axe fuel subsidies.

In an interview last year, Mr Moise defended himself against allegations of corruptions and that he was turning the country in a dictatorship. 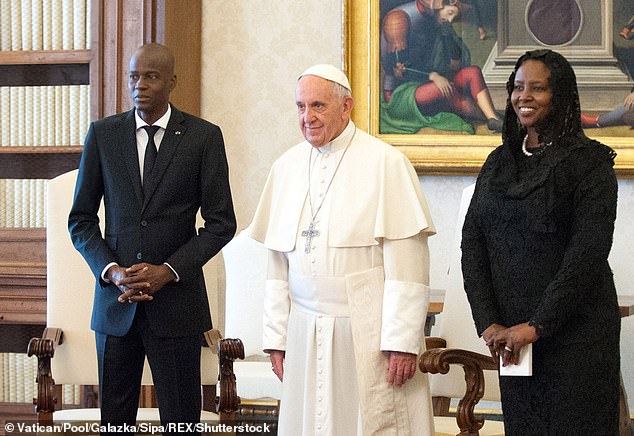 ‘We’re trying to find a solution to this crisis. I’m not the first president to rule by decree. And I’m confident that the answer is around the corner; then the legislature will be put in place to play its role,’ he told The Telegraph.

Opponents argue he should have stepped down on February 7 and failed to hold elections the year before as his term was coming to an end.

The Caribbean island has suffered poverty and political instability for decades and has struggled to rebuild in the wake of a devastating earthquake in 2010 and Hurricane Matthew in 2016.