Father Simon Rundell, from Plymouth, Devon, received the late-night message which asked if him he was working tomorrow. 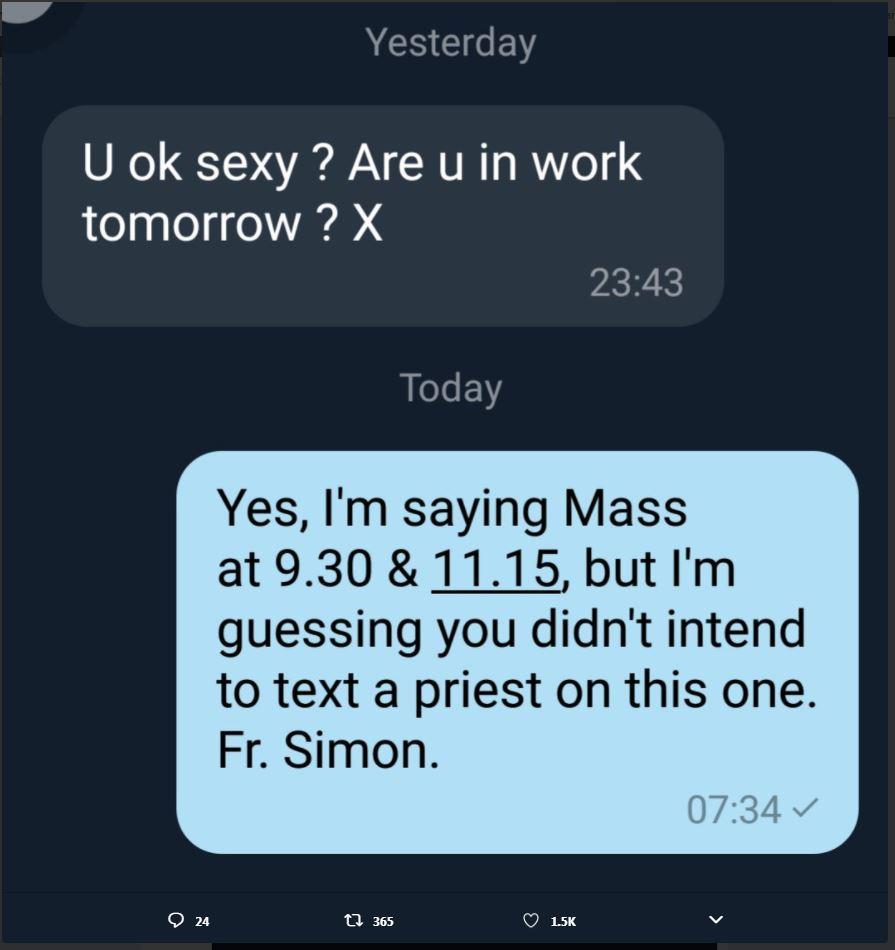 He received the random text on Saturday evening at 11.43pm and was asked: “U ok sexy? You in work tomorrow? X.”

He replied first thing in the morning and told the person he was “saying Mass at 9.30am and 11.15am.”

Father Simon added: “But I’m guessing you didn’t intend to text a priest on this one. Fr. Simon.”

He posted the hilarious exchange on his Twitter page and wrote “I get the *best* wrong number texts”. 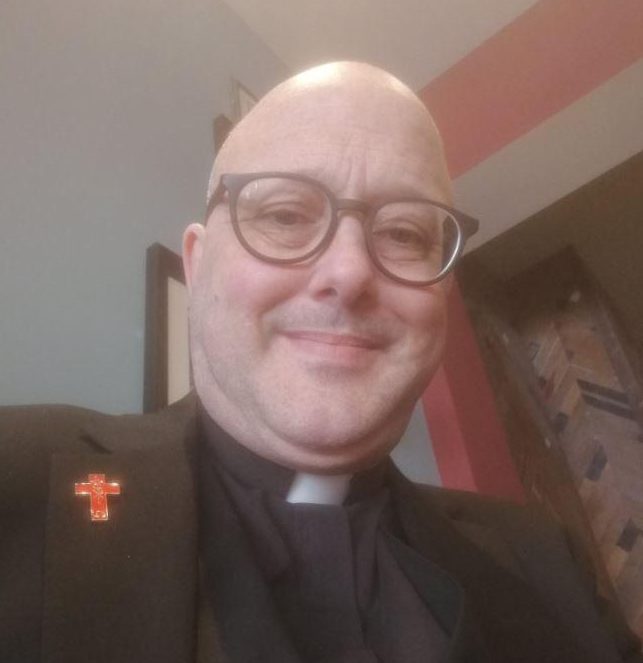 It was “liked” almost 2,000 times and many users found his response hilarious.

One person wrote: “Maybe it was meant for you. No reason why someone can’t think you are sexy father.”

Another added: “Maybe you should have told her the time at which you were taking confessions.”

Others described the messages as “brilliant” and many were curious and eager to find out whether he ever received a reply.

Another person joked: “Apologies. I will check numbers more carefully in future.”