May’s last roll of the dice: Prime Minister heads on last-ditch tour of European capital cities TODAY in bid to salvage her Brexit deal after humiliating climbdown on Commons vote

THERESA May has embarked on a last-ditch mission to salvage her Brexit deal this morning.

Hours after the humiliation of scrapping a Commons vote on her withdrawal agreement, she headed off on a frantic tour of European capitals.

The Prime Minister will first meet her Dutch opposite number Mark Rutte for breakfast to try to win concessions on the controversial customs backstop.

She will then travel to Berlin to plead with Angela Merkel before potentially travelling to Brussels for further talks with Donald Tusk and Jean-Claude Juncker.

Mrs May decided to delay tonight’s planned vote to avert a catastrophic defeat at the hands of hardliners in her own party.

In shambolic scenes, news of the U-turn came just 24 minutes after Downing Street confirmed the vote was going ahead. No new date has been given. 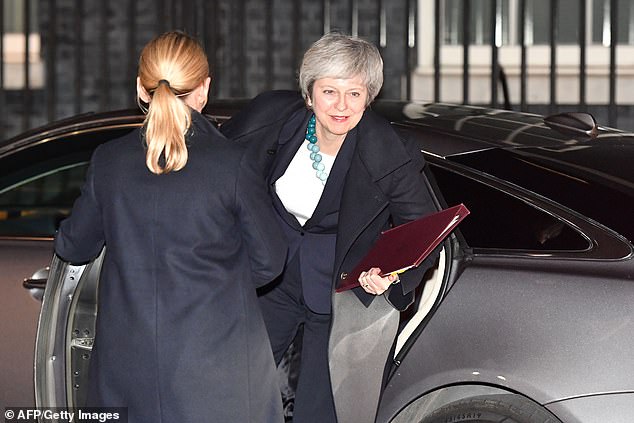 The Prime Minister will have breakfast in the Netherlands this morning before going on to meet German Chancellor Angela Merkel in Berlin. She is seeking further concessions after having to pull a planned vote on Brexit in the teeth of furious backbench opposition 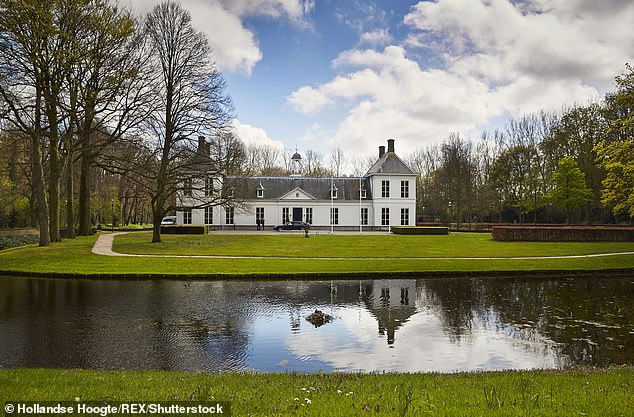 Mrs May will meet Dutch Prime Minister Mark Rutte at his official residence, the Catshuis, in the Dutch state of The Hague, this morning

In a three-hour session with MPs, the Prime Minister denied she had ‘bottled it’ but accepted she had been facing a big defeat.

Ominously, Mr Tusk, who is the EU council president, said he was not interested in reopening the agreement struck with Mrs May just last month.

And in the Commons, hardline Eurosceptics warned they would not support the deal unless the Irish backstop was abandoned altogether – a move specifically ruled out by Brussels and Dublin.

Mrs May told MPs she believed EU leaders were open to discussion about the idea of providing reassurances that the backstop, which critics fear could leave the UK locked in a customs union against its will, would only be temporary. 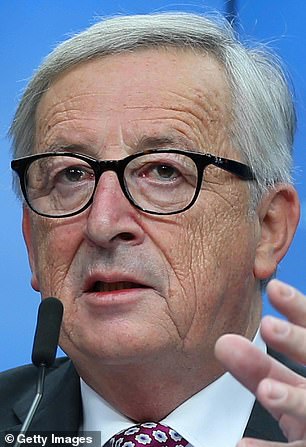 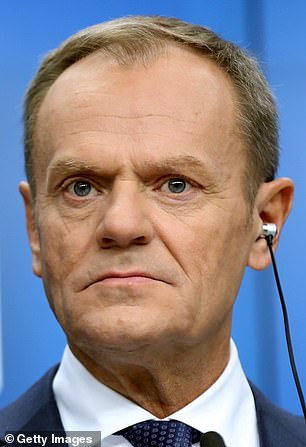 European Commission President Jean-Claude Juncker (pictured left), and European Council President Donald Tusk (pictured right) will potentially meet with Mrs May in coming days but Mr Tusk has already said he is not interested in reopening negotiations on the agreement

In other key developments:

Tory sources yesterday said Mrs May had reluctantly agreed to delay the planned Brexit vote after being warned that up to 100 Conservative MPs planned to vote against it, condemning her to a potentially career-ending defeat.

A string of ministers, led by Defence Secretary Gavin Williamson, had spent days warning her not to proceed.

The delay was confirmed during an emergency conference call of Cabinet ministers at 11.30am and quickly leaked – minutes after a spokesman for the Prime Minister had insisted to journalists that the vote was going ahead.

A Cabinet source said there was an ‘air of resignation’ among ministers about the Brexit deadlock.

‘She had to delay the vote, but it leaves us in a dreadful position,’ said one source. ‘No one really knows what she wants or has much confidence she can salvage this thing. But it’s the worst possible time for a leadership contest.’

Sir Graham Brady, chairman of the 1922 Committee of Tory MPs, last night suggested the delay would head off the immediate risk of a leadership challenge.

He said Mrs May had done the right thing: ‘Lots of people have predicted the Prime Minister’s downfall, they have been wrong when they have done so.’ 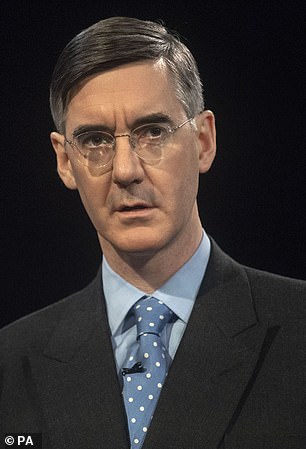 Mr Rees-Mogg, who led last month’s aborted attempt to unseat the Prime Minister, yesterday accused her of presiding over a national humiliation. But it is far from clear that hardline Eurosceptics have the numbers to force a confidence vote or leadership contest.

Whitehall sources acknowledged there was little chance of a negotiating breakthrough this week, meaning any vote is likely to be delayed until at least January 7.

Adam Marshall, director general of the British Chambers of Commerce, said: ‘Firms are looking on with utter dismay at the ongoing saga in Westminster.

‘Politicians are seemingly acting in their own interest, with little regard for the millions of people whose livelihoods depend on the success of UK business and trade.’