In normal times, this would be one of the defining moments of her premiership. 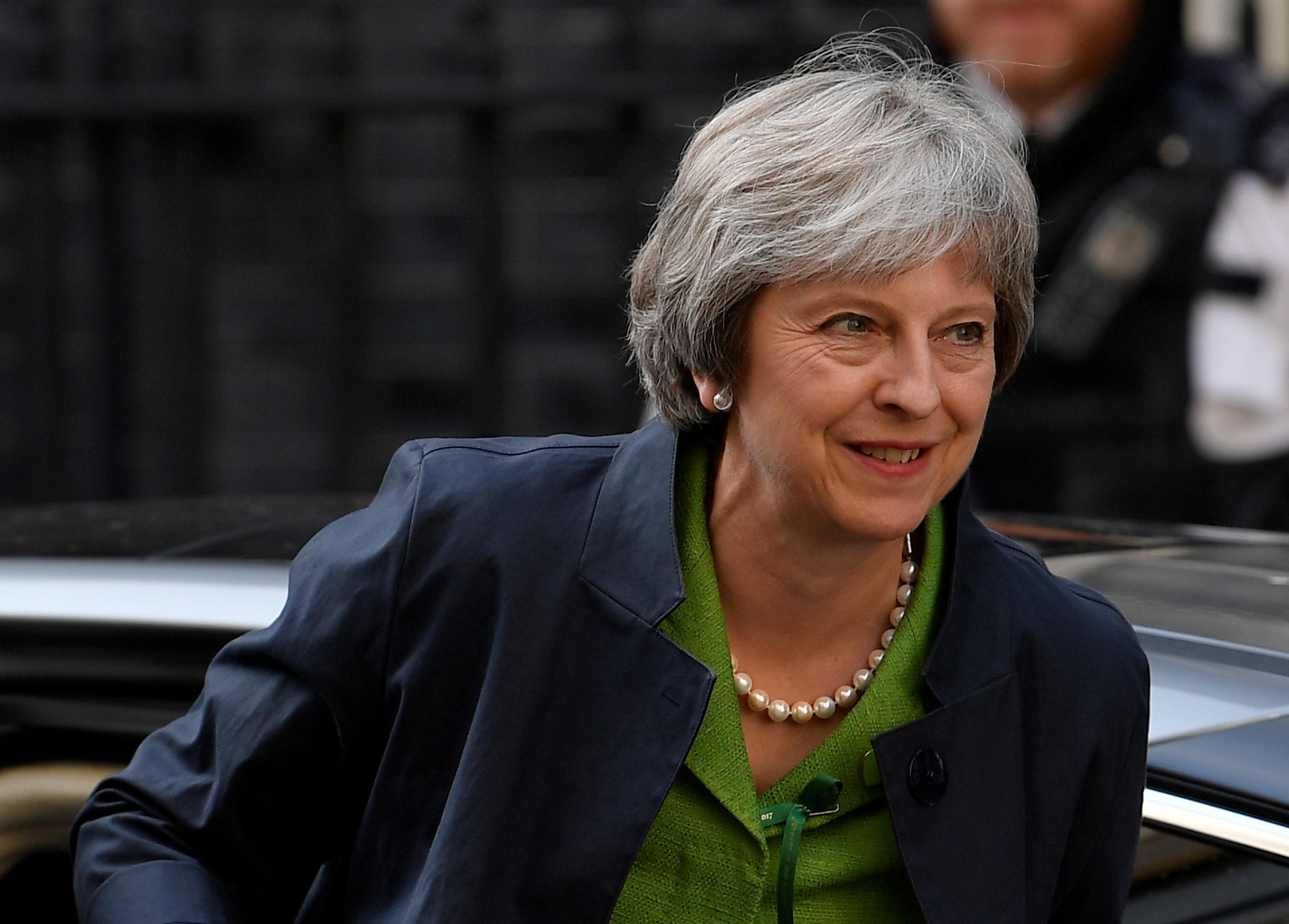 She has chosen to prioritise the health service over all other areas of public spending.

This is a big statement for any Tory Prime Minister to make. But the announcement will be overshadowed by the latest parliamentary drama regarding Brexit.

Everyone at Westminster will be waiting to see if Mrs May can win her Wednesday showdown with Remainer Tory rebels about how much control Parliament should have over the Brexit process.

If she wins, some of her authority will be restored. But if she doesn’t, her position will be even weaker and Britain’s negotiating stance will be undermined still further. 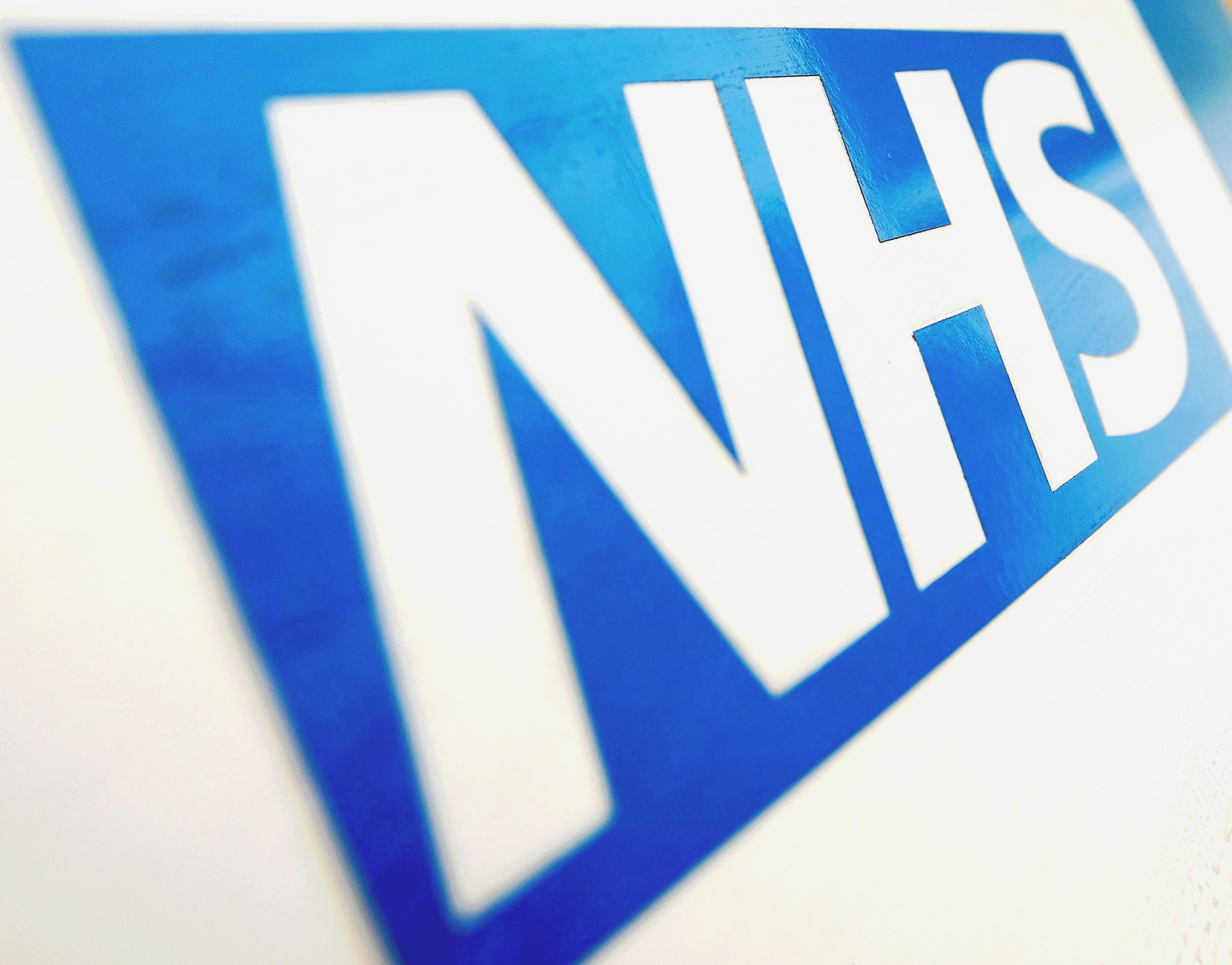 Those close to Mrs May admit they don’t know if they have the votes to win.

One of those intimately involved in trying to see off the rebels admits they now ­rely on Labour Eurosceptics coming to her rescue.

But No10 knows David Davis, the Brexit Secretary, won’t stomach any further concessions on this issue
This episode illustrates how Brexit crowds out everything else Mrs May wants to do.

Having campaigned to Remain, she didn’t want to be the Brexit PM. 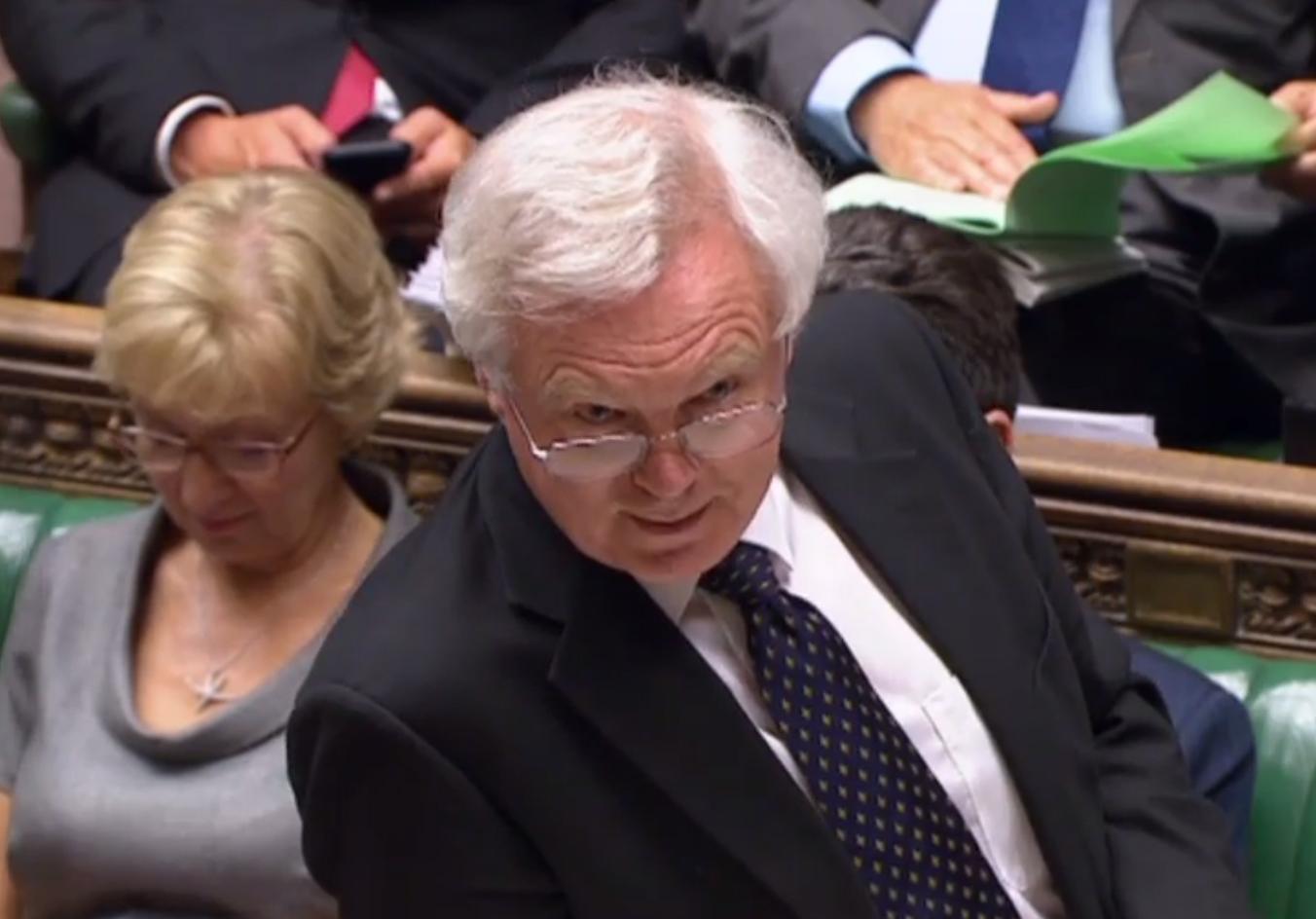 She has always been clear that her passion is domestic issues, not leaving the EU.

But Mrs May’s belief that she could be anything other than the Brexit PM has always been mistaken.

Leaving the EU is the biggest change and biggest challenge this country has had in 40 years. Whoever the Prime Minister, they would be defined by that — and little else.

Mrs May’s attempts to deal with domestic policy have not all been successful, either. The domestic policy in her election manifesto, most notably the dementia tax, is what cost the Tories their majority.

Nevertheless, Mrs May’s inner circle hope the gap between EU leaders signing off on the withdrawal agreement, which No10 now expects to happen in November, and Britain formally leaving the EU on March 30, 2019, will give her the chance to relaunch her premiership with a focus on domestic issues. 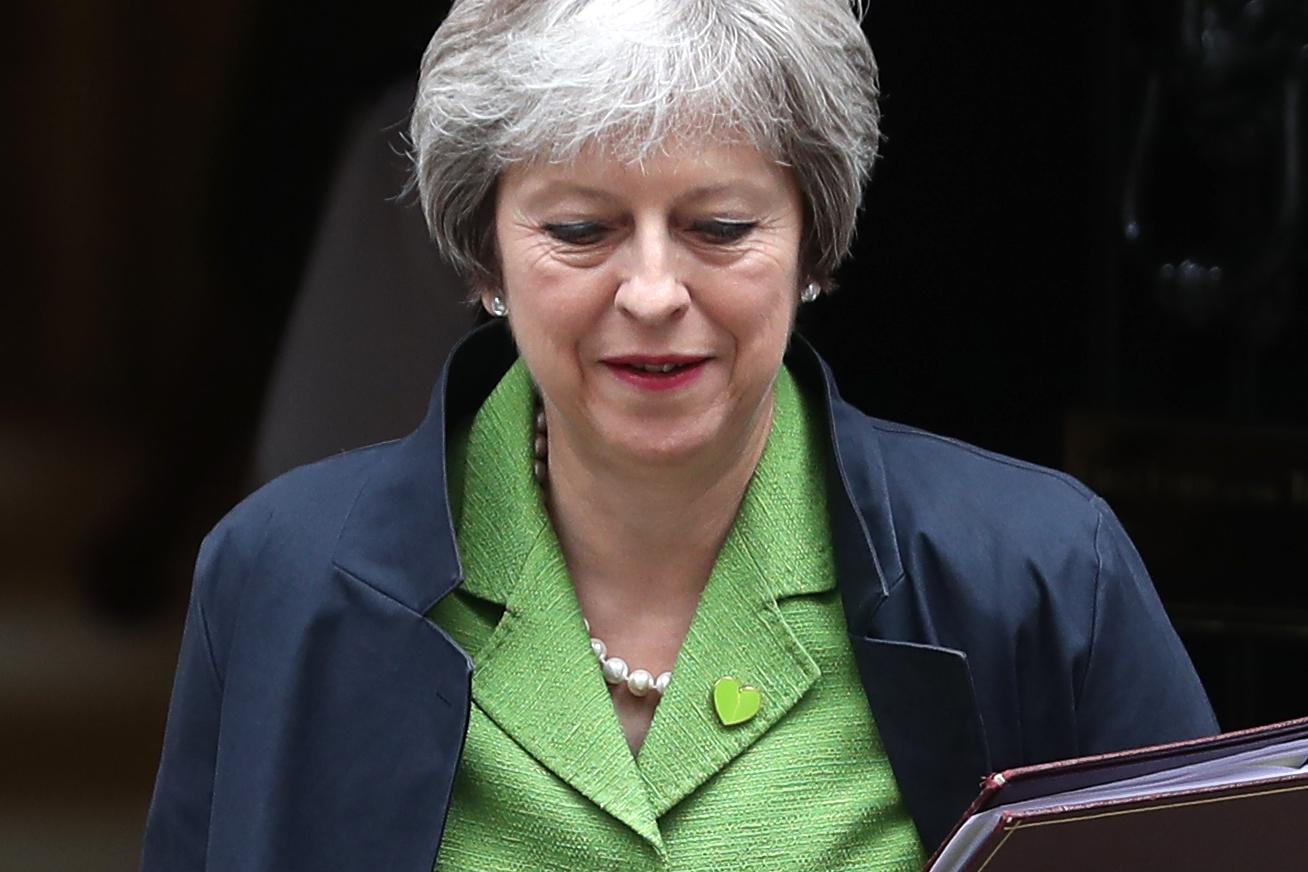 But this might be a forlorn hope. For Mrs May is using up all her political capital trying to get Brexit through.

Tory MPs on both sides of the EU divide feel Mrs May and No10 haven’t been straight with them at times.

Their frustration with her is mounting. As one influential Tory tells me: “The problem, at the moment, is no one is happy with how it is going. No one.

“They’ve managed to make everyone unhappy.”

Now, if Mrs May came back with a better deal than expected, she might be able to put all this behind her.

But all the signs point to the deal being disappointing.

As one well-connected Tory ruefully observes: “By not preparing, they have made some things inevitable.”

This Tory also warns: “The details of the deal will be really quite humiliating.” 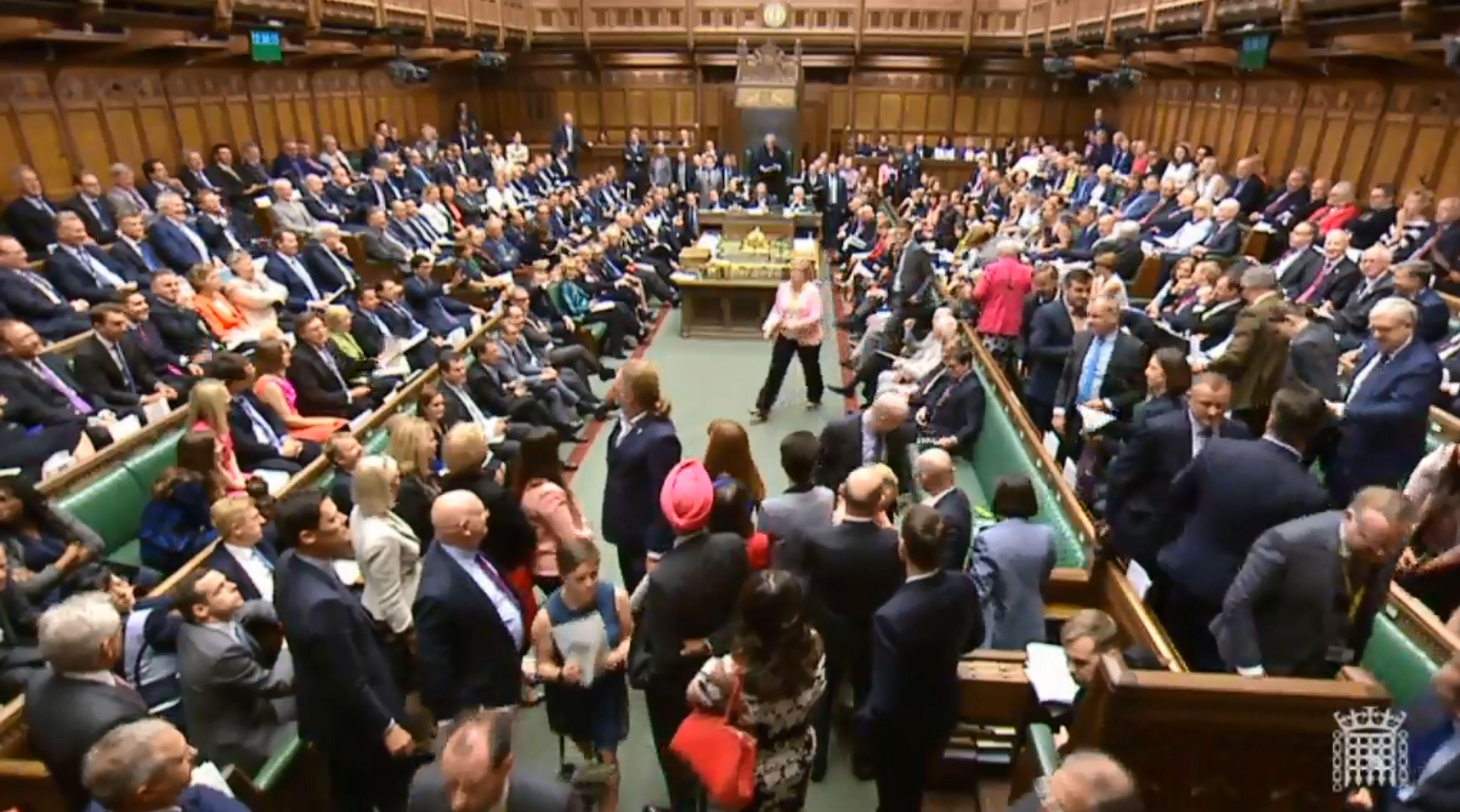 The EU looks at Britain and sees a country that, in both senses, isn’t prepared to walk away. For that reason, the EU will keep on squeezing Britain — and this country will end up with a bad deal.

Cabinet Ministers close to the process are doing little to disguise their despair at the course that events are taking.

If Mrs May comes back with a worse deal than expected, the Tory party won’t give her time to see through her domestic agenda.

As one Tory warns: “There’s no way for Theresa to avoid her fate in the history books.”

Tweaks not taxes to pay for NHS

ONE thing the NHS funding settlement shows is that, in the words of one Cabinet Minister, “tax rises are off the table”.

If this Government won’t propose putting up National Insurance or income tax to pay for the most popular area of public spending, then it never will. 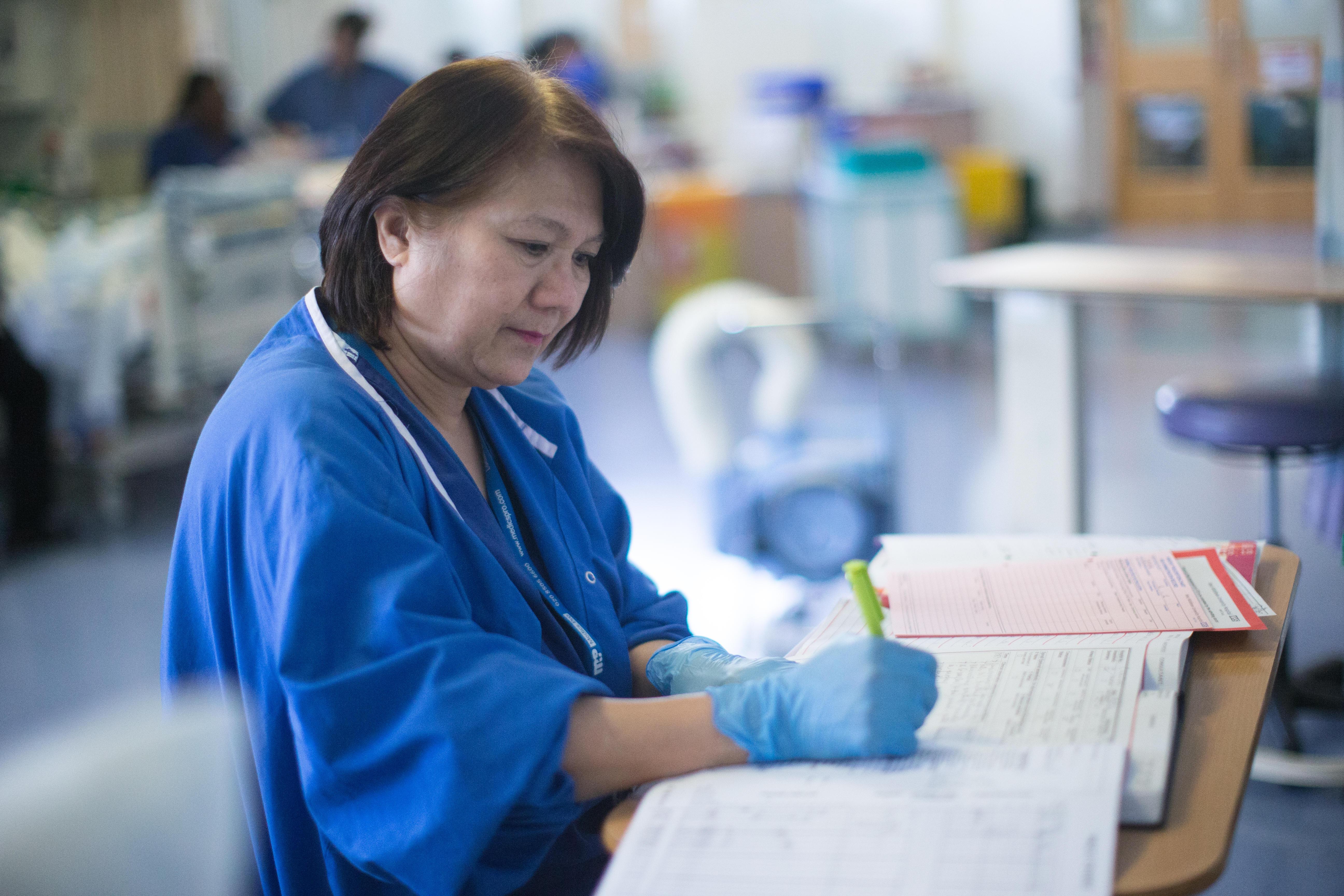 I am told that when the whips phoned round to canvass Tory MPs on this question, they found a “tax rise is totally toxic”. Instead, the tax element of this package will come from tweaks to the system rather than a straight tax rise.

Treasury sources tell me this NHS funding package won’t require additional borrowing if there are no spending increases in other areas. This will be the approach the department takes to this autumn’s spending review.

But this line will be almost impossible to hold. The military needs more money – and with Donald Trump publicly demanding Europe pull its weight on defence spending, it will be diplomatically dangerous for Britain not to ensure it can fulfil its role as the second nation in Nato.

With crime on the rise and returning as a political issue, it will also be difficult for the Tories not to spend more on the police. Indeed, new Home Secretary Sajid Javid has already indicated that he will get the cops more money. 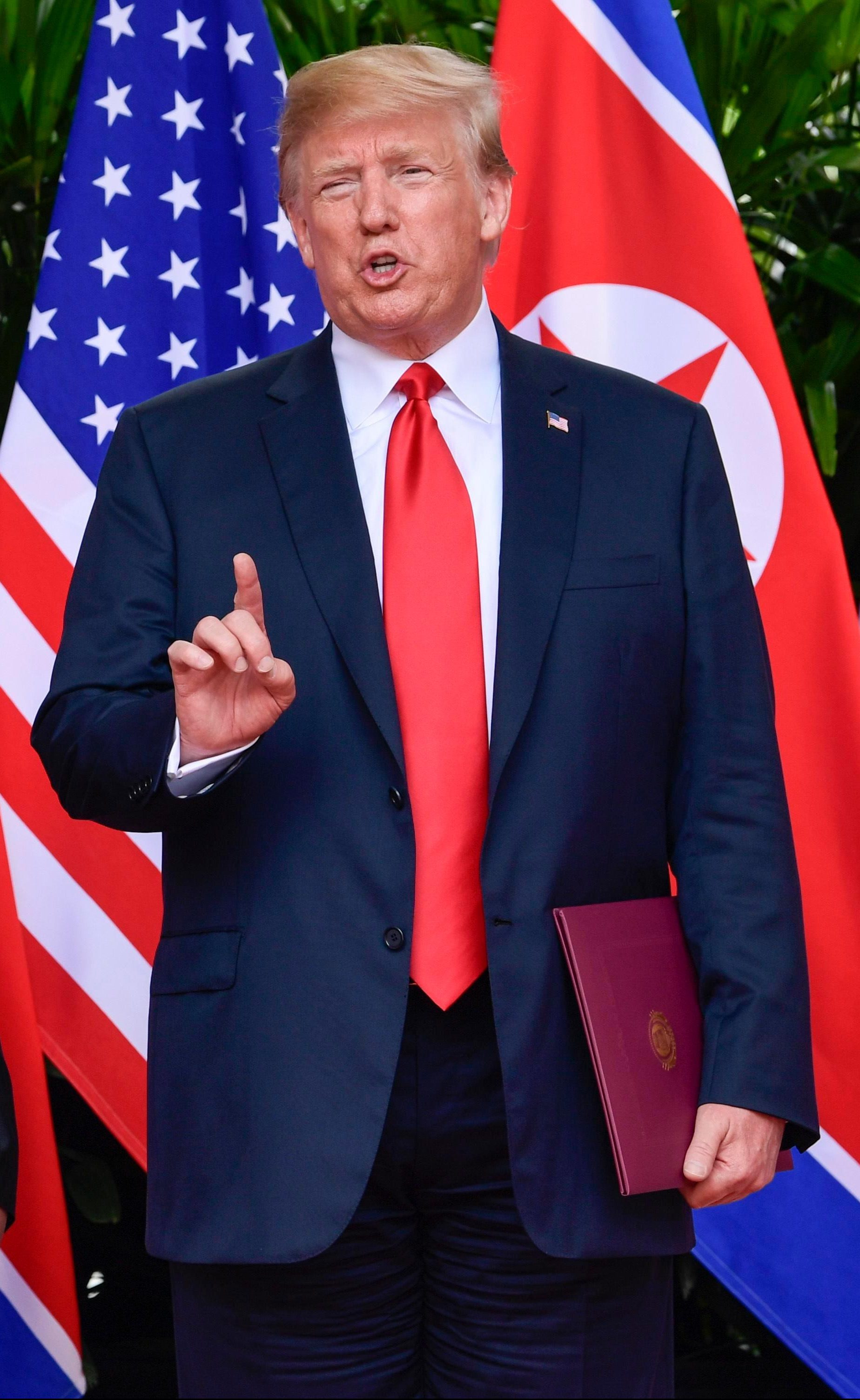 Local government needs more cash, too. George Osborne cut local government right back and that, as the Health Secretary Jeremy Hunt privately acknowledges, is part of what has caused the crisis in social care.

But the Tories must be careful not to lose all sight of fiscal discipline. The books will have to be balanced some day.

Sajid Javid is halfway to developing a sensible immigration policy.

He is right to exclude those coming to work in our health service from the immigration cap. Who, after all, wants to stop doctors and nurses who have a job in the NHS from coming here? 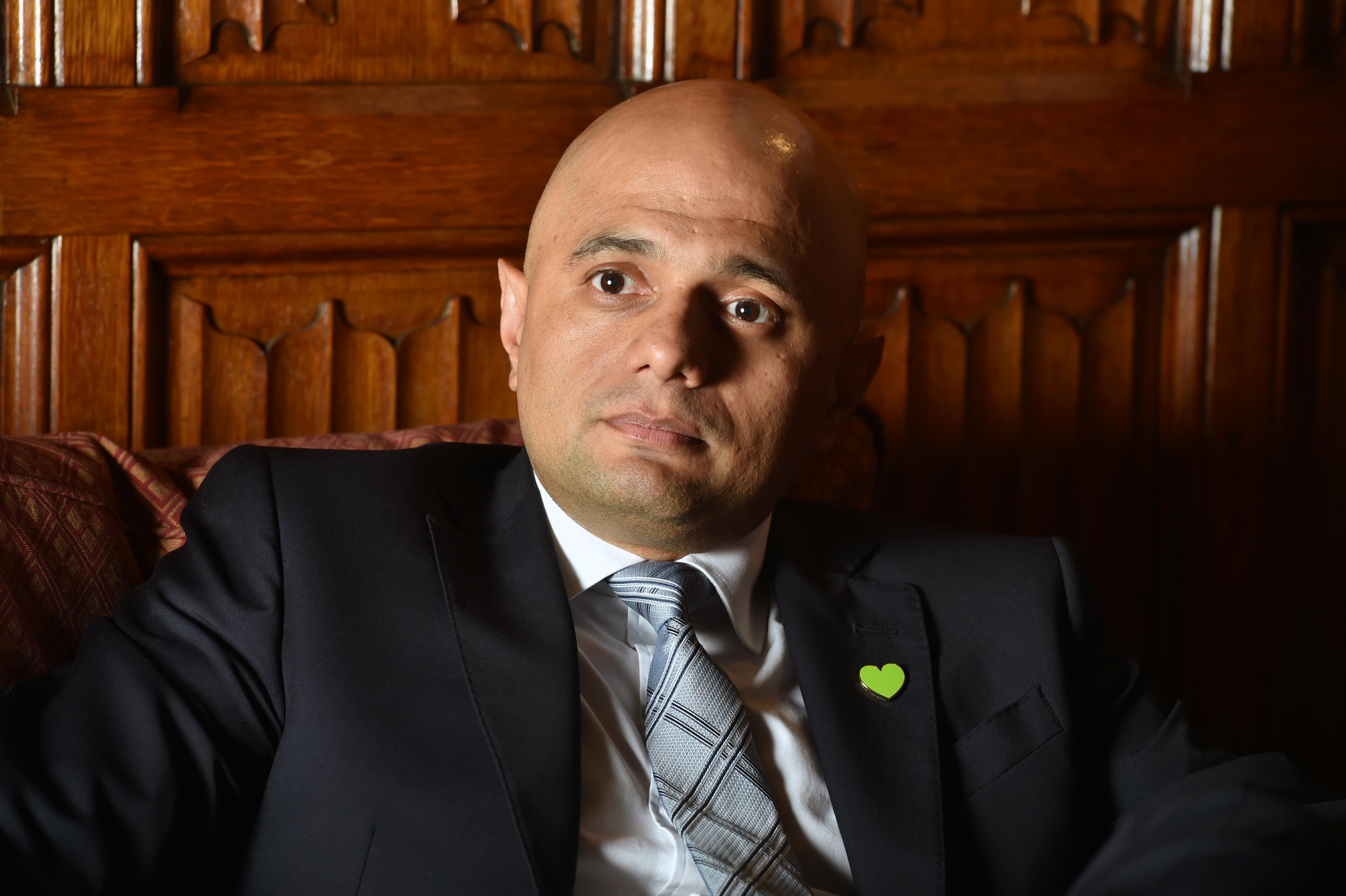 And he’s right, too, to create a special visa for those who want to come here and start up a business.
But taking a more sensible approach to high-skilled immigration is only half the challenge.

Javid also needs to show how the UK is going to control low-skilled immigration after Brexit.

As one Cabinet ally of the Home Secretary tells me: “What we need is more high-skilled immigration and very little low-skilled. It is turning 50 years of immigration policy on its head.”

This sensible approach will, though, require properly ending free movement.

If the Government doesn’t do that, its immigration policy will fail to command public confidence. 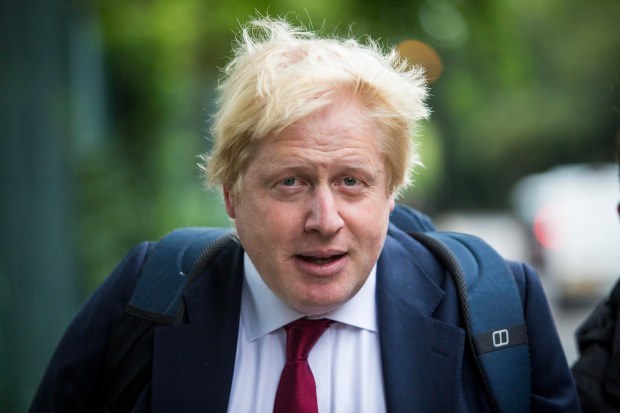 At Cabinet this week, Boris Johnson set out why he thinks it is safe for England football fans to go to Russia for the World Cup.

Other Cabinet ministers aren’t sure this is sensible given the state of Anglo-Russian relations.

I understand Matt Hancock and Andrea Leadsom both expressed doubts about the wisdom of the Foreign Office’s travel advice.

Theresa May prevented Philip Hammond from putting his foot in his mouth again at Cabinet . . . but only just.

David Davis, the Brexit Secretary, was talking about how tight some of the votes on the EU withdrawal bills will be – and urged the rest of the Cabinet to “stroke” Tory MPs when they got a chance. 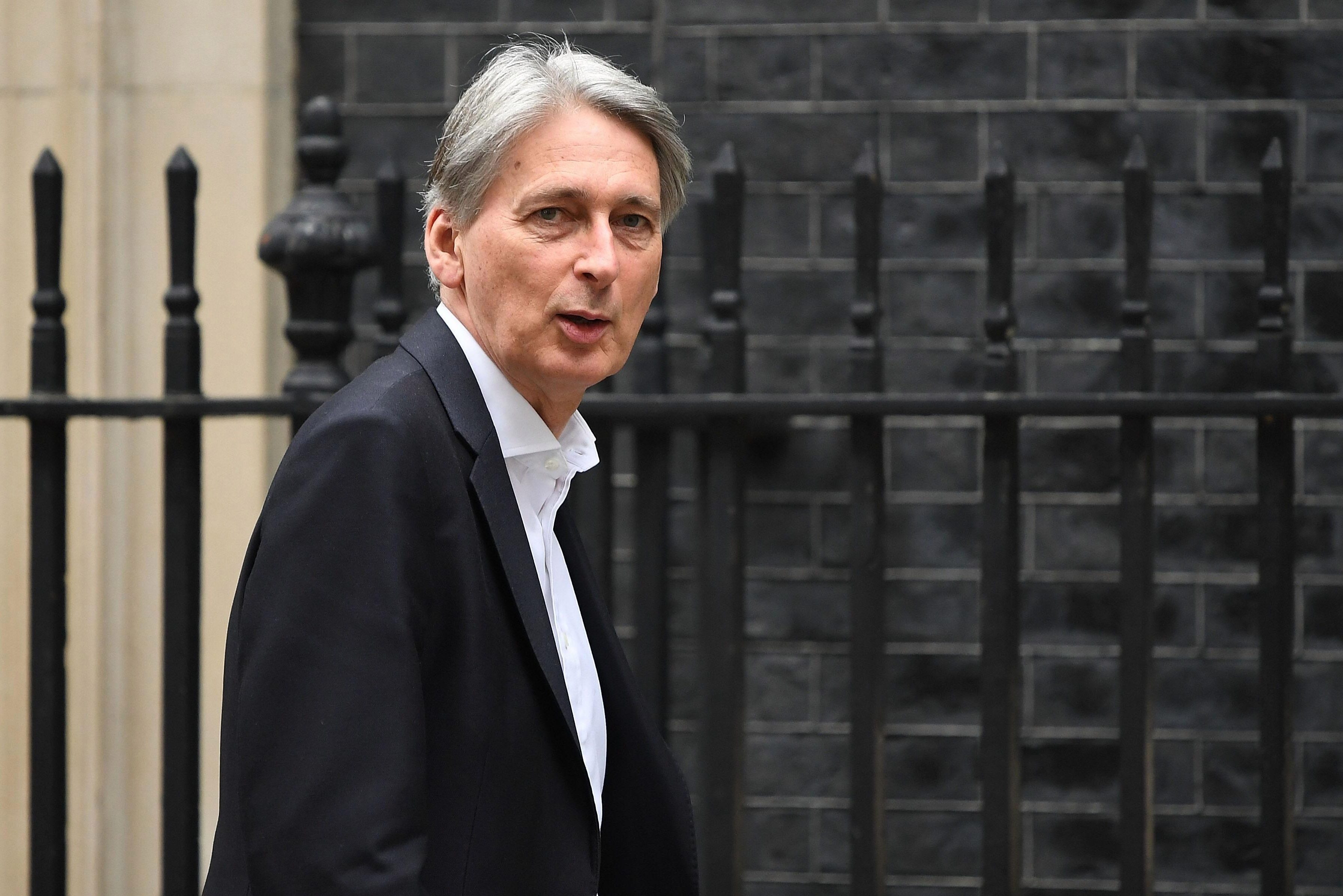 Hammond then began to say, “Well, it all depends,” – but Mrs May cut him off before he could go any further in expressing his views on stroking colleagues. One Secretary of State tells me she “was desperately waving to Philip” to shut him up. Another minister complains that there are “lots of dad-gags these days” in Cabinet.