A MAN arrested for heckling Prince Andrew as the Queen's cortege passed through Edinburgh's Royal Mile has been charged.

Police Scotland said the unnamed 22-year-old male was accused of 'breach of the peace'. 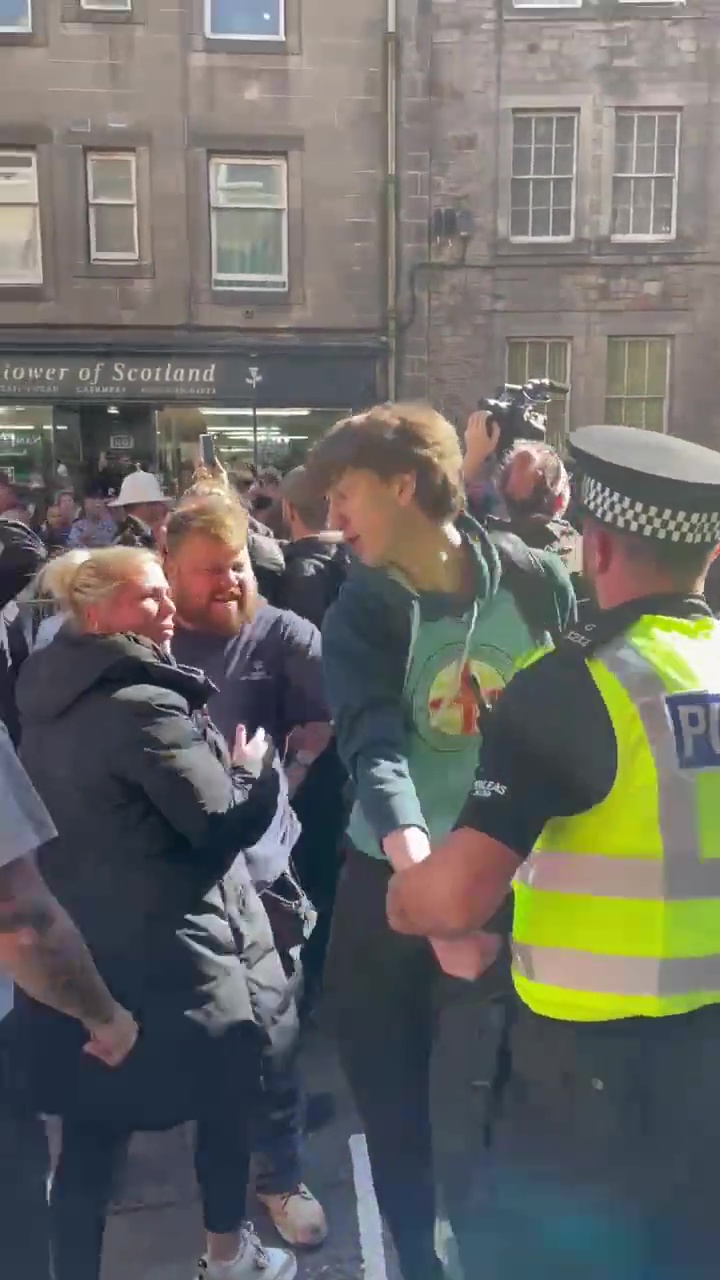 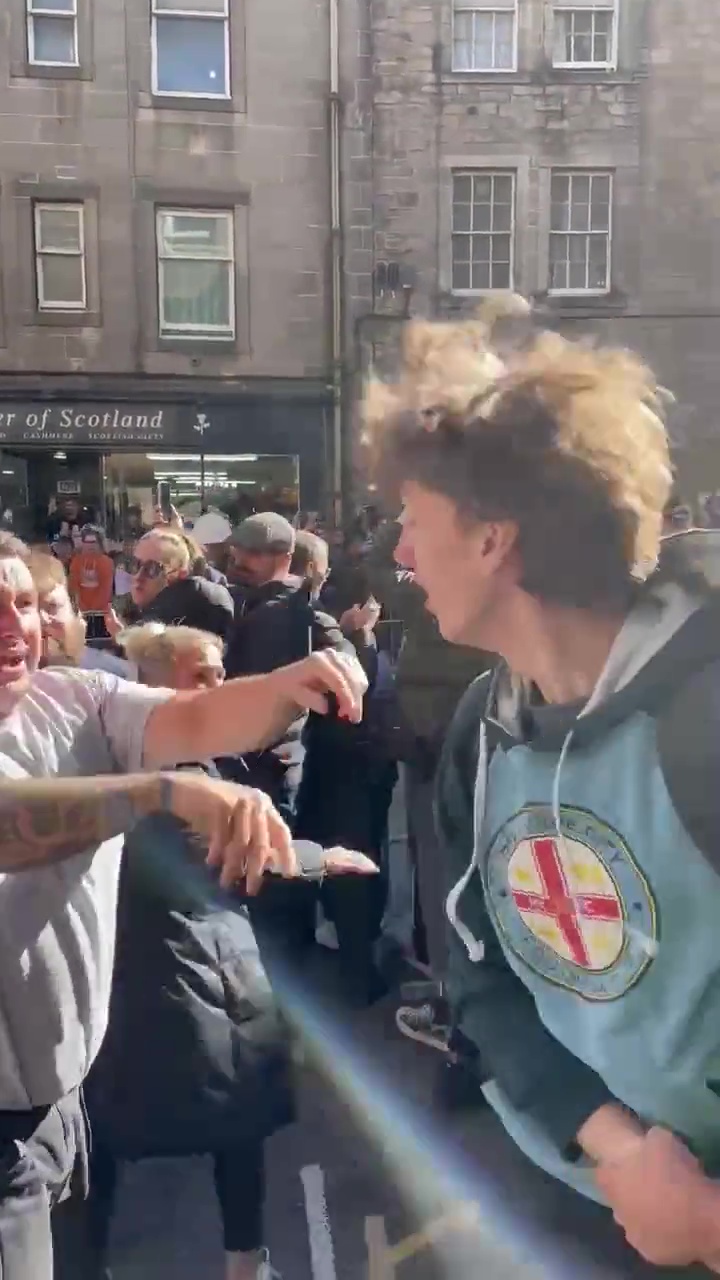 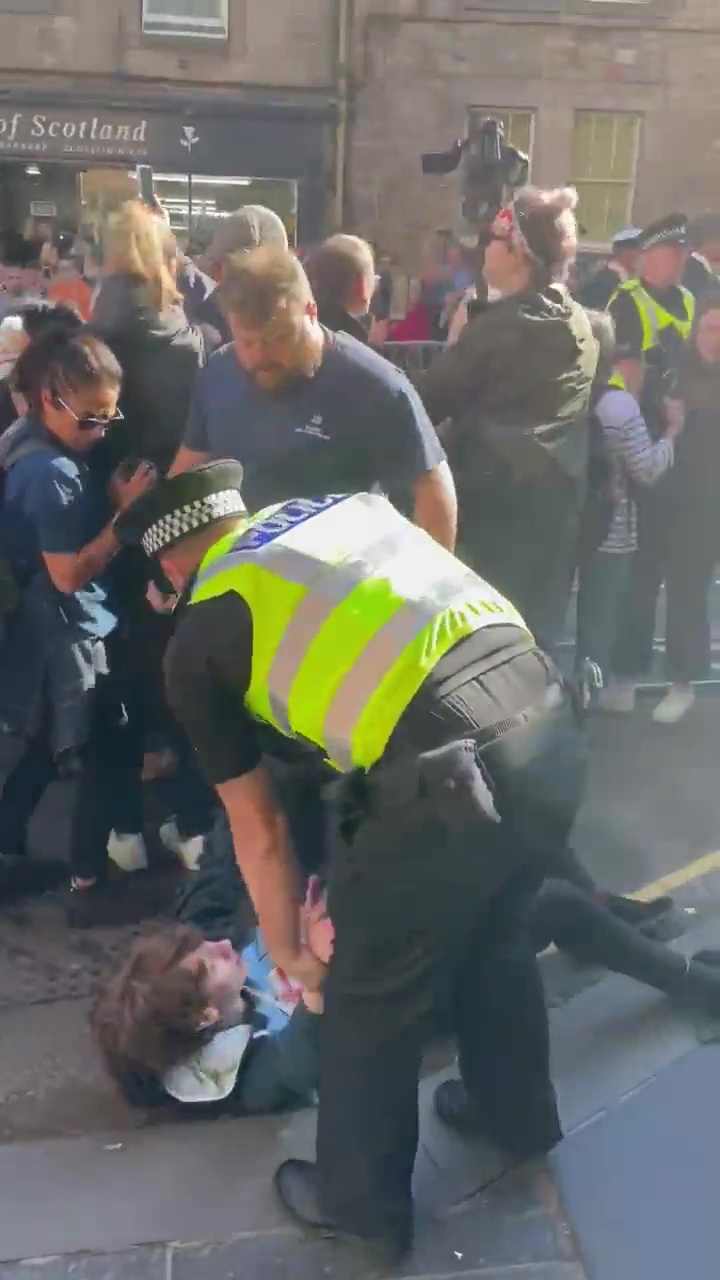 This was the same charge levied at the female protester who held an anti-monarchy sign ahead of the accession proclamation of King Charles III in Edinburgh on Sunday.

Footage showed the man shouting at Prince Andrew about allegations related to his former friend, US sex offender Jeffery Epstein, as he walked with the Royal Family alongside the Queen's funeral procession yesterday.

The disgruntled protester stood just yards from the Queen's cortege, as it passed crowds on the Royal Mile in Edinburgh.

The man could be heard aiming a slur with the Duke of York, King Charles and the Princess Royal in close earshot.

A nearby police officer and two members of the public were filmed dragging the lad to the ground.

The cop is then seen dragging the protester away, before angry mourners shove him and yell at him.

A Police Scotland spokesperson said: “A 22-year old man was arrested and charged in connection with a breach of the peace on the Royal Mile around 2.50pm on Monday.

”He was released on an undertaking to appear at Edinburgh Sheriff Court at a later date and a report will be sent to the Procurator Fiscal."

It comes after a woman was arrested after a protester held an anti-monarchy sign ahead of the accession proclamation of King Charles III in Edinburgh.

Police Scotland said the arrest was made outside St Giles' Cathedral, where the Queen's coffin is currently at rest.

Moments before the proclamation this afternoon, a demonstrator appeared in the crowd opposite the Mercat Cross.

Officers appeared behind her and took her away, prompting the crowd to applaud.

One man shouted: "Let her go, it's free speech," while others yelled: "Have some respect."

A police spokesman said a 22-year-old woman was arrested "in connection with a breach of the peace".