PRINCE Andrew has been humiliated again over the Epstein sex scandal as a range of T-shirts mocking his car crash interview have emerged online.

Tops taking the mick out of the Duke of York’s excuses for his friendship with the dead paedophile have appeared online for £14. 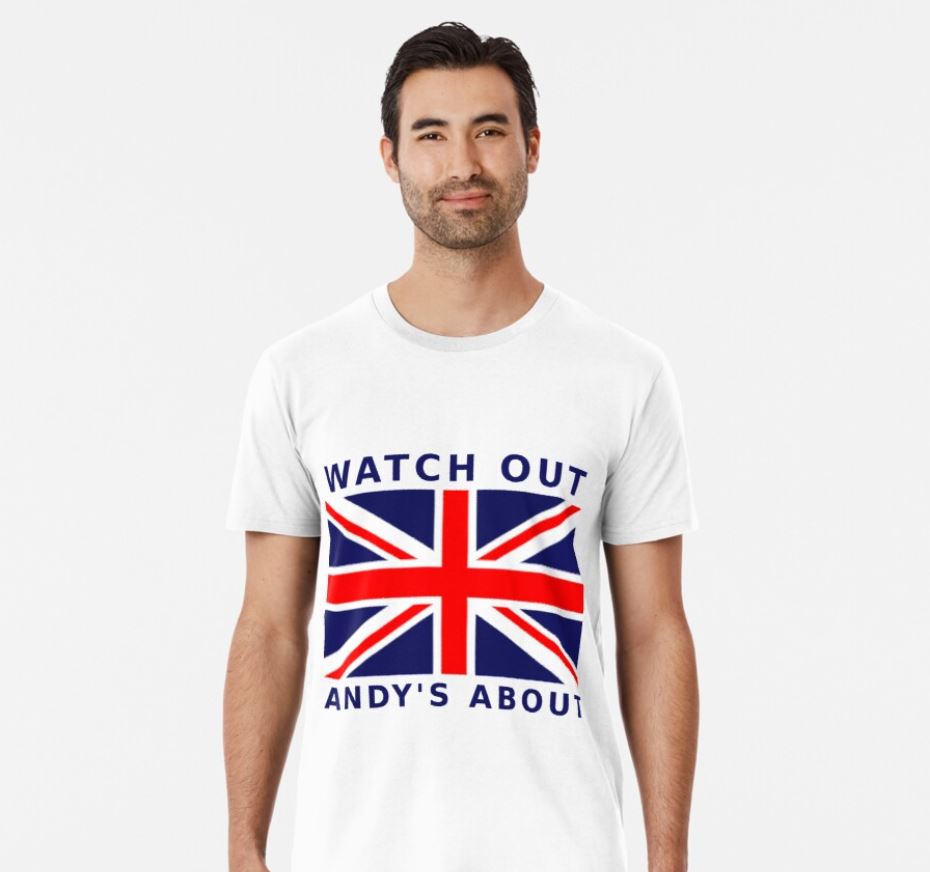 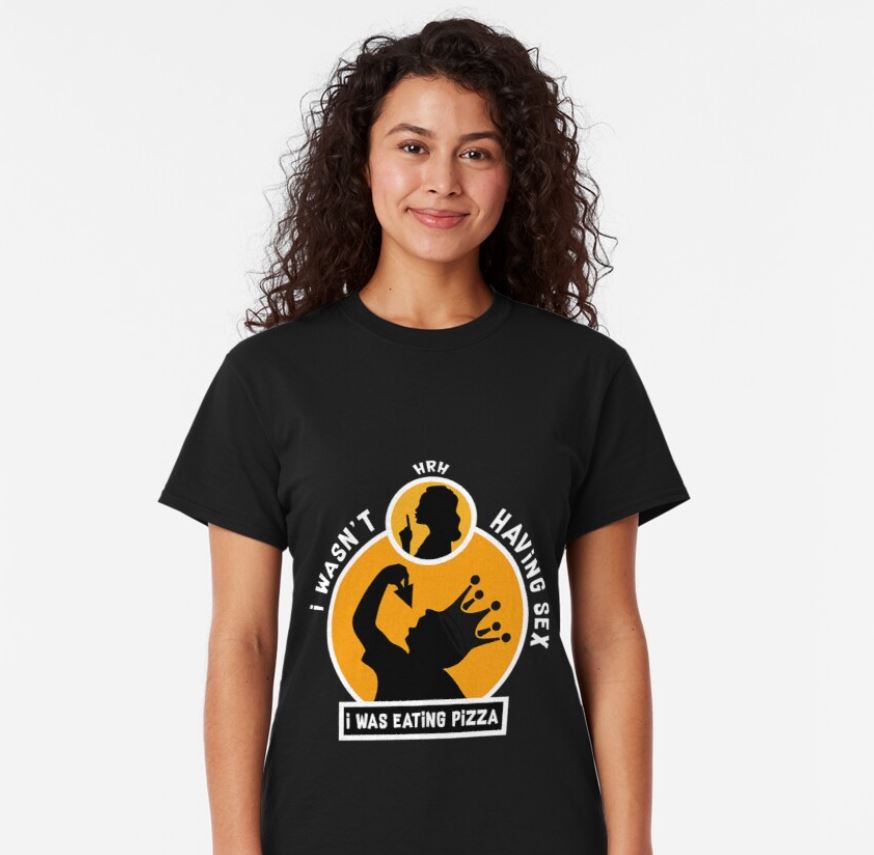 During the Newsnight interview Andrew insisted he was visiting Pizza Express in Woking on the night he is accused of sleeping with a 17-year-old girl.

Online sellers are now charging £14 for T-shirts that ridicule his bizarre claim.

Available in 16 colours, one shows a silhouette of a man wearing a crown and eating a slice of pizza. 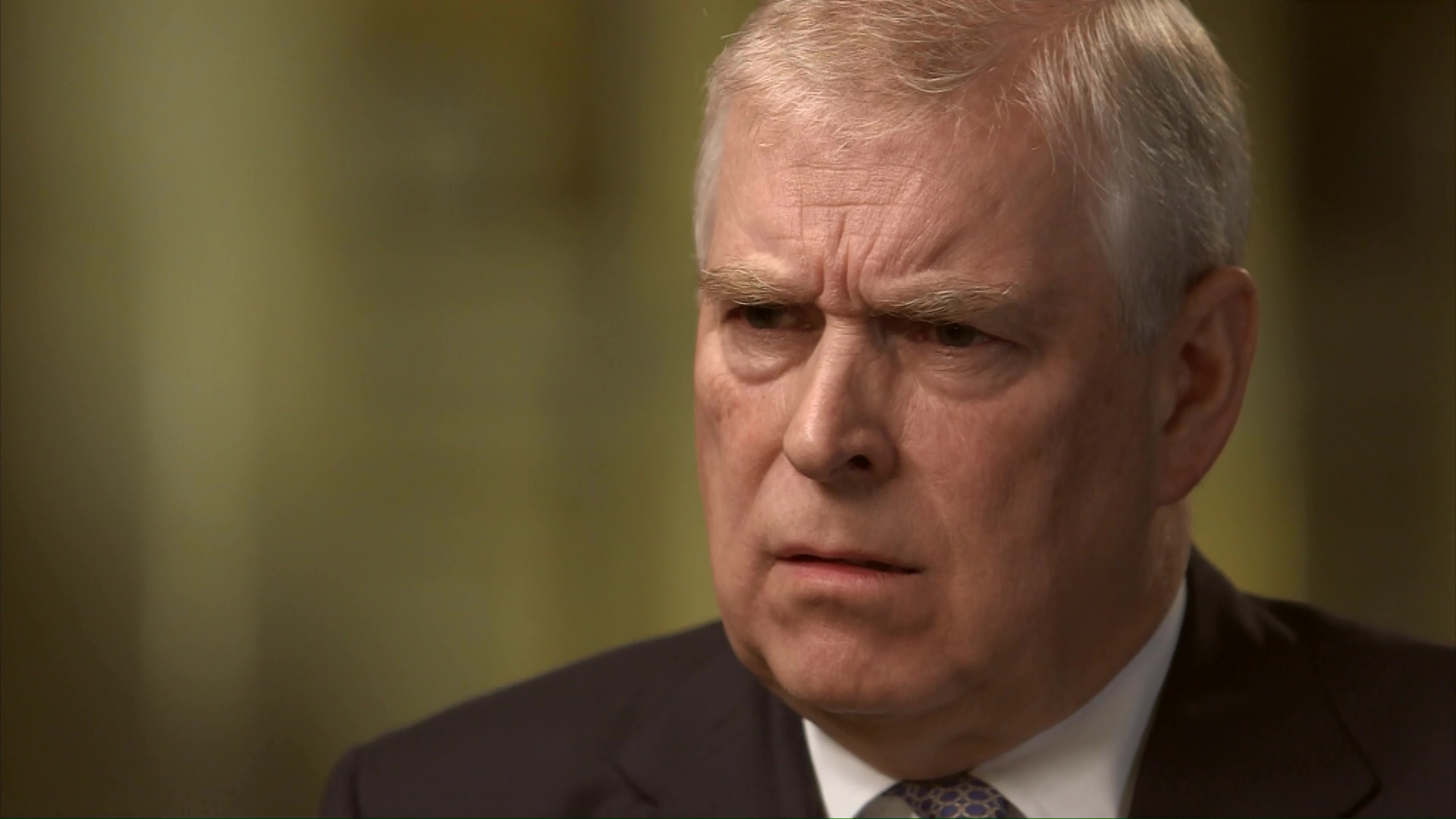 Above him, a woman can be seen holding her finger to her lips.

The T-shirt is emblazoned with: “HRH. I wasn’t having sex, I was eating pizza.”

Another T-shirt is mocked up to look like the logo of a pizza delivery company called ‘Saint Andrew’s Pizza’.

A third has a Union Jack splashed across the front and the words: “Watch Out, Andy’s About.”

The T-shirts, for sale on popular website Redbubble, are priced from £14 to £26.

Prince Andrew has had to retire from public life and resign from royal duties since the interview which has also seen a slew of charities sever ties with him. 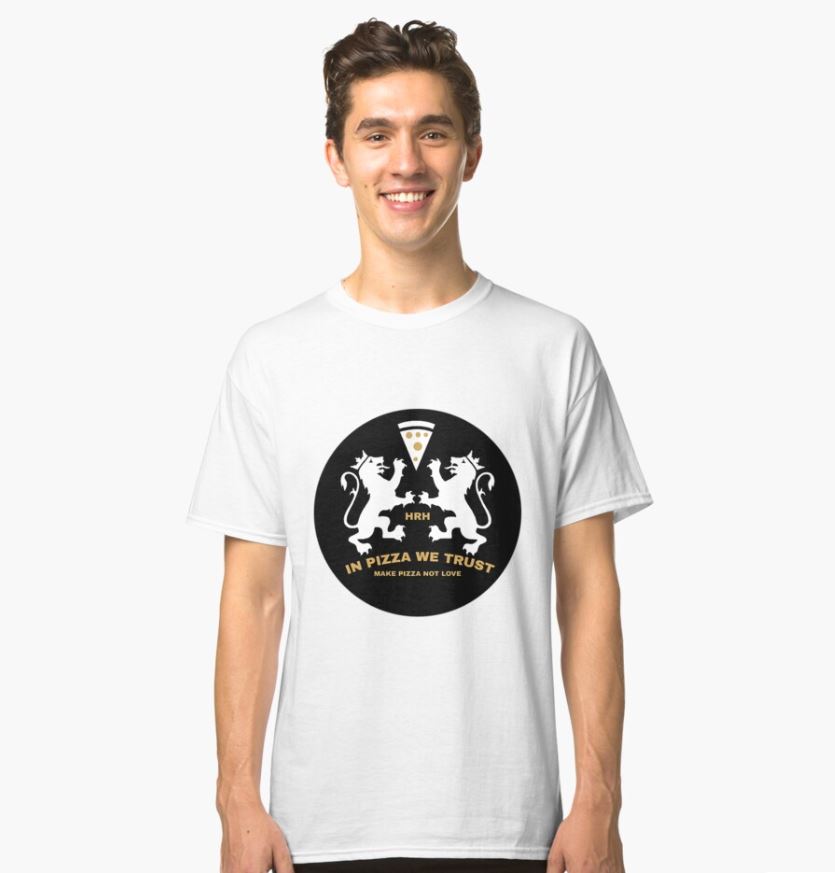 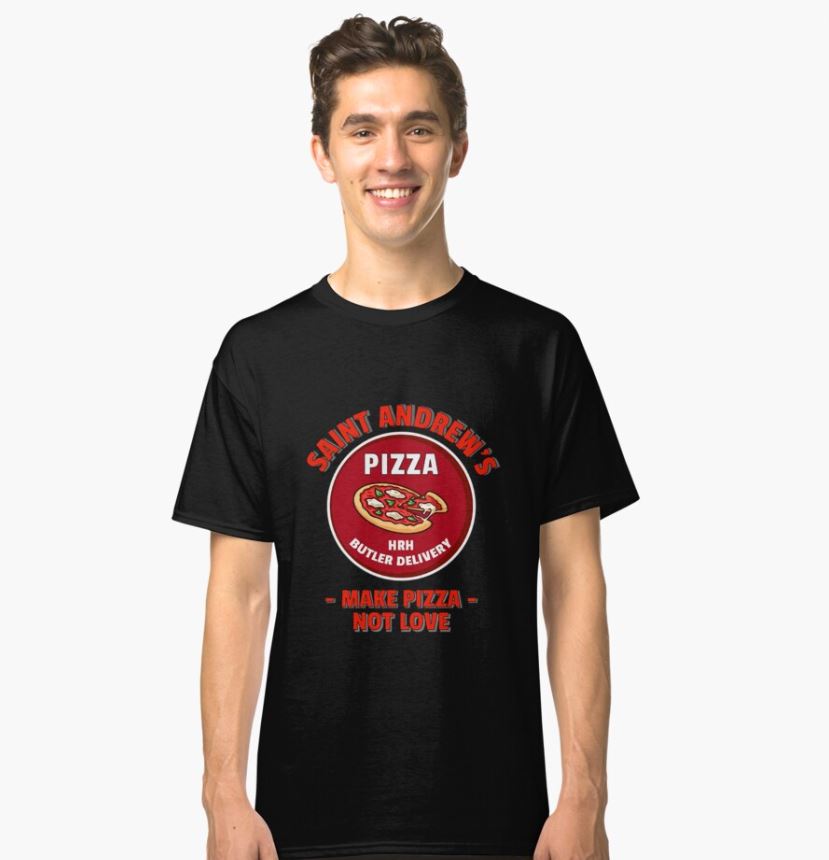 The Duke told Newsnight's Emily Maitlis he did not regret his friendship with the Epstein but that the fallout has damaged his mental health.

He admitted that he was being "too honourable" by staying with his paedo pal and insisted it was simply "convenient" for him.

Prince Andrew said: "But at the time I felt it was the honourable and right thing to do and I admit fully that my judgement was probably coloured by my tendency to be too honourable but that's just the way it is." 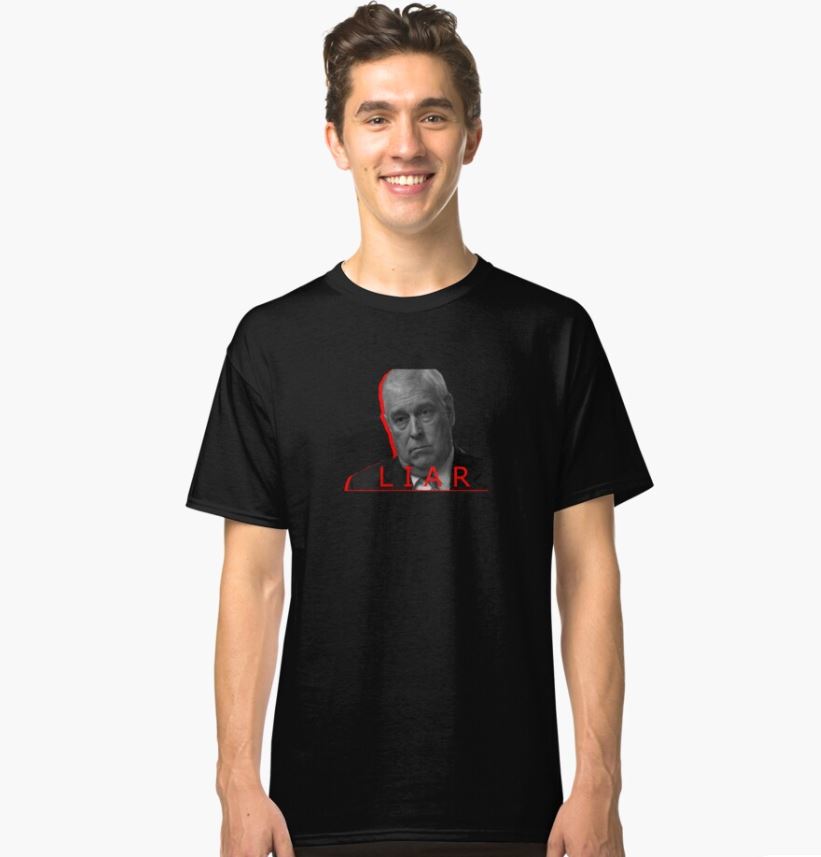 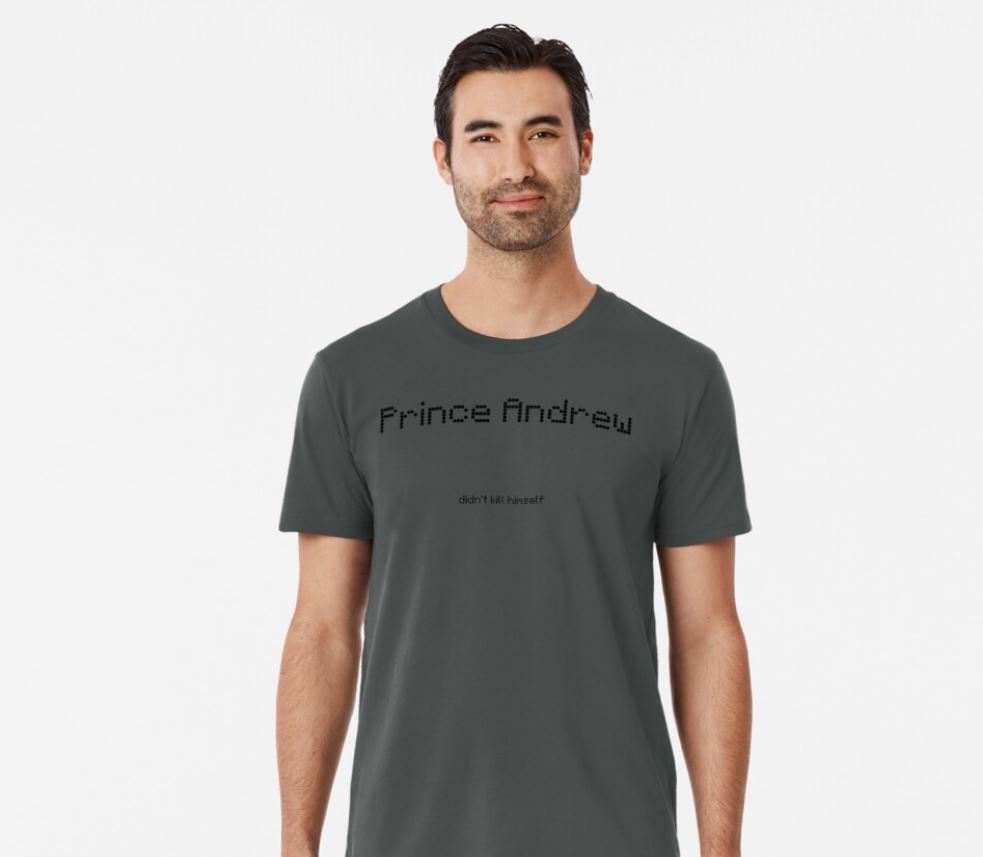 Maitlis found it hard to believe that Prince Andrew went there for four days because it was "honourable" and appeared dumbfounded following his response during the cringe-worthy interview.

Billionaire Jeffrey Epstein was found dead in jail in August.

Another ex of Andrew, Lady Victoria Hervey, who dated him in 1999, has previously said she felt watched when staying at Epstein’s pad.