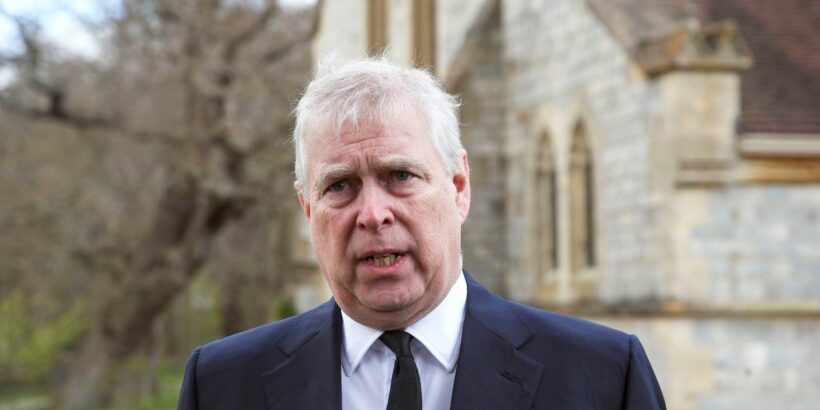 The Duke of York is thought to have stayed at the Queen's Scottish residence in Balmoral, leaving Sarah Ferguson to attend the London birth.

On Monday, September 20, Beatrice announced the birth of her daughter and the eleventh in line to the throne.

Mum Fergie, who was staying with ex-husband Andrew in Balmoral, reportedly made the 500-mile trip to be at Beatrice's side for the birth at Chelsea and Westminster Hospital.

The child of Beatrice and husband Edo Mapelli Mozzi, 38, is so far unnamed.

Andrew sent his apologies for missing the birth, according to The Sun.

A royal source told the paper: “Andrew has made it quite clear that he wasn’t leaving Balmoral.

“It would appear the advice to him was to stay in hiding and miss the whole thing.”

Ms Giuffre, 38, accuses Andrew of abusing her at Epstein's Manhattan home and on the paedophile billionaire's private estate in the Virgin Islands.

The Duke of York strongly denies all allegations against him.

On Friday, September 17, the High Court gave his £1,000-a-day legal team seven days to challenge its landmark decision to hand Andrew's legal team the papers in its own right.

Lawyers for Virginia Giuffre also said they sent the lawsuit to the prince's LA-based lawyer Andrew Brettler by email and FedEx, with both copies received by Monday morning.

Andrew has 21 days to respond to the US filing or could face a default judgment.

The prince has not been charged with any crimes.

Convicted sex abuser Epstein killed himself in a Manhattan jail cell in August 2019 while awaiting trial for sex trafficking, though theories persist as to why he was left unsupervised by prison cops and why CCTV footage was lost.

A spokesperson for Buckingham Palace contacted by The Star declined to comment.