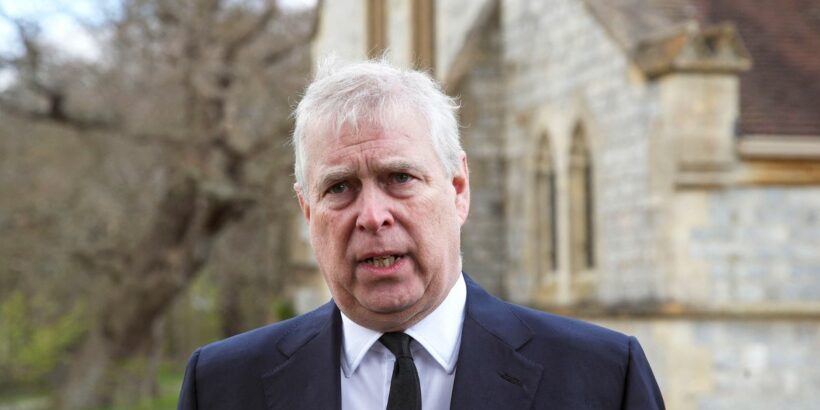 A fresh Royal row is seemingly erupting over who gets to take over Adelaide Cottage in Windsor Castle with Prince William and Andrew both keen to make use of it, sources have claimed.

According to the Mirror, Prince Andrew wants it to be a grace and favour home for one of his daughters with new mum Eugenie, 32 thought to desire the property.

However, their plans could be scuppered, as they face coming up against the Duke and Duchess of Cambridge who are also planning a move to Berkshire so they are nearer the Queen.

Prince William and wife Kate Middleton have been looking for a new home after deciding to leave London behind, meaning they will vacate their stunning 20 room apartment within Kensington Palace home in favour of living in the Berkshire countryside.

And sources have confirmed two most likely options for the Cambridges and their three young children – Prince George, eight, Princess Charlotte, seven and Prince Louis, two – are Adelaide Cottage or the vastly impressive Fort Belvedere, also on the Windsor estate.

The Cambridges are understood to have already enrolled their eldest in a local school in Berkshire and will soon secure places for Charlotte and George.

Sources close to the couple say they are keen on Adelaide Cottage, built in 1831 and known to later be a favourite home of Queen Victoria, but have still yet to commit to a plan.

The cottage underwent major renovations in 2015, which means the Cambridges would not have to shell out millions in remodelling the house.

A source said: “Of course the Cambridges would have first refusal on any of the royal homes they may wish to live in, but it’s a pretty awkward situation.”

Other sources have dismissed speculation the family are looking at a private residence, with one remarking "it would be neither appropriate nor a good look to spend millions on a private home".

A royal insider said: “The situation could very well become an issue in the near future.

“The Duke of York has made no secret in the past of his firm held belief that his children should be treated no differently to Princes William and Harry, despite his daughters not being working royals.

“The word is Eugenie is also trying to find somewhere to live and would like to settle in Windsor.”

Eugenie, 32, has been living with her husband, Jack Brooksbank, and their baby son August in Frogmore Cottage, Prince Harry and Meghan's home in the shadow of Windsor Castle.

Senior royals were recently concerned how Andrew has been spending a considerable amount of time with Her Majesty, after he was forced to step back from royal life after his civil case with Virginia Giuffre.

Earlier this year, Andrew paid her a reported £12million to settle the case with no admission of guilt and stop the civil trial from taking place.

And sources have claimed the Duke is “manipulating” his position to worm his way back into the limelight.

A source said: "This is yet another example of the Duke of York and indeed the York family's levels of entitlement, it's extraordinary."

The Daily Star has approached representatives of Prince Andrew and the Duke and Duchess of Cambridge for comment.