The Prince of Wales and wife Camilla joined 70 readers also reaching that age this year to celebrate at our tea party for them. 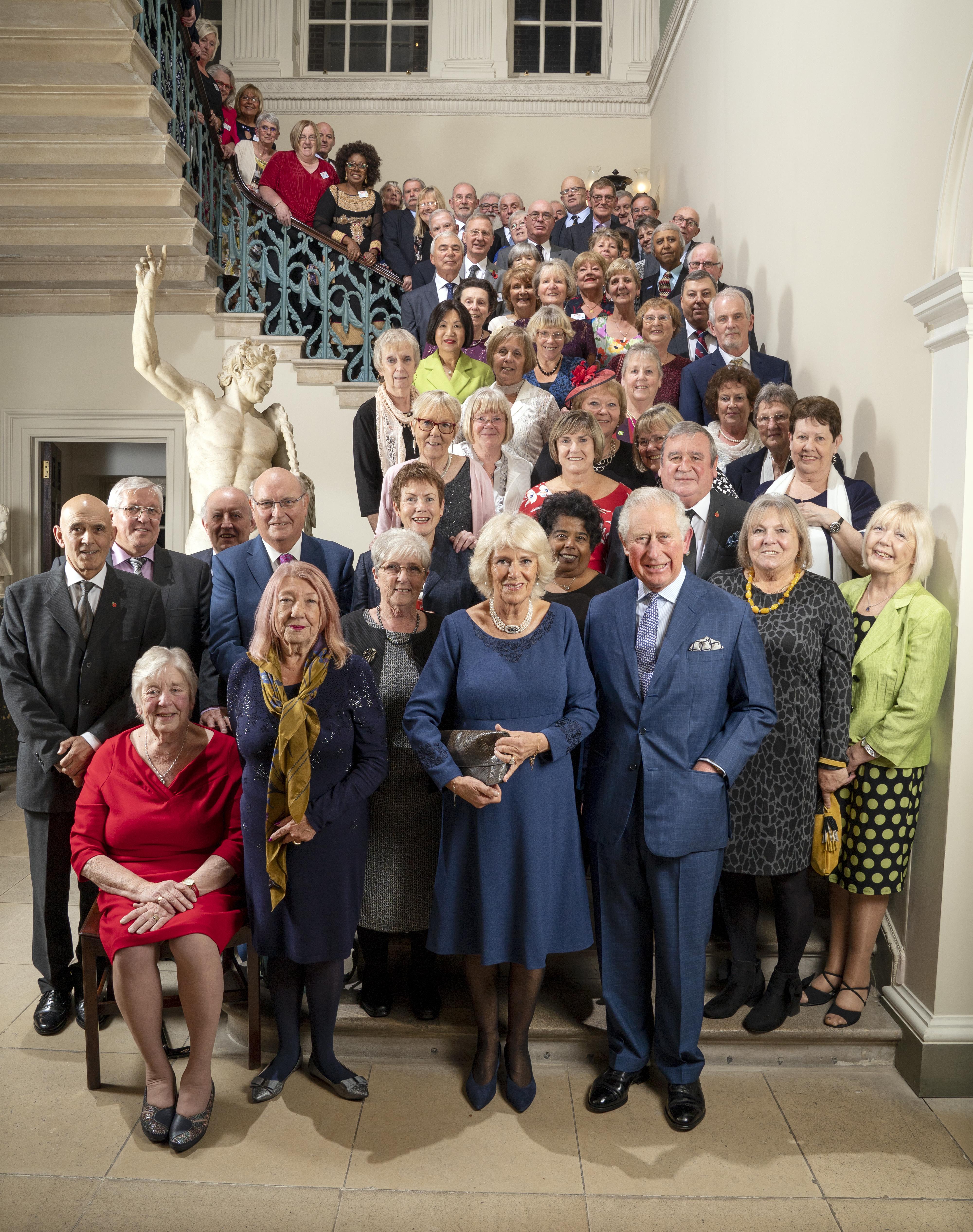 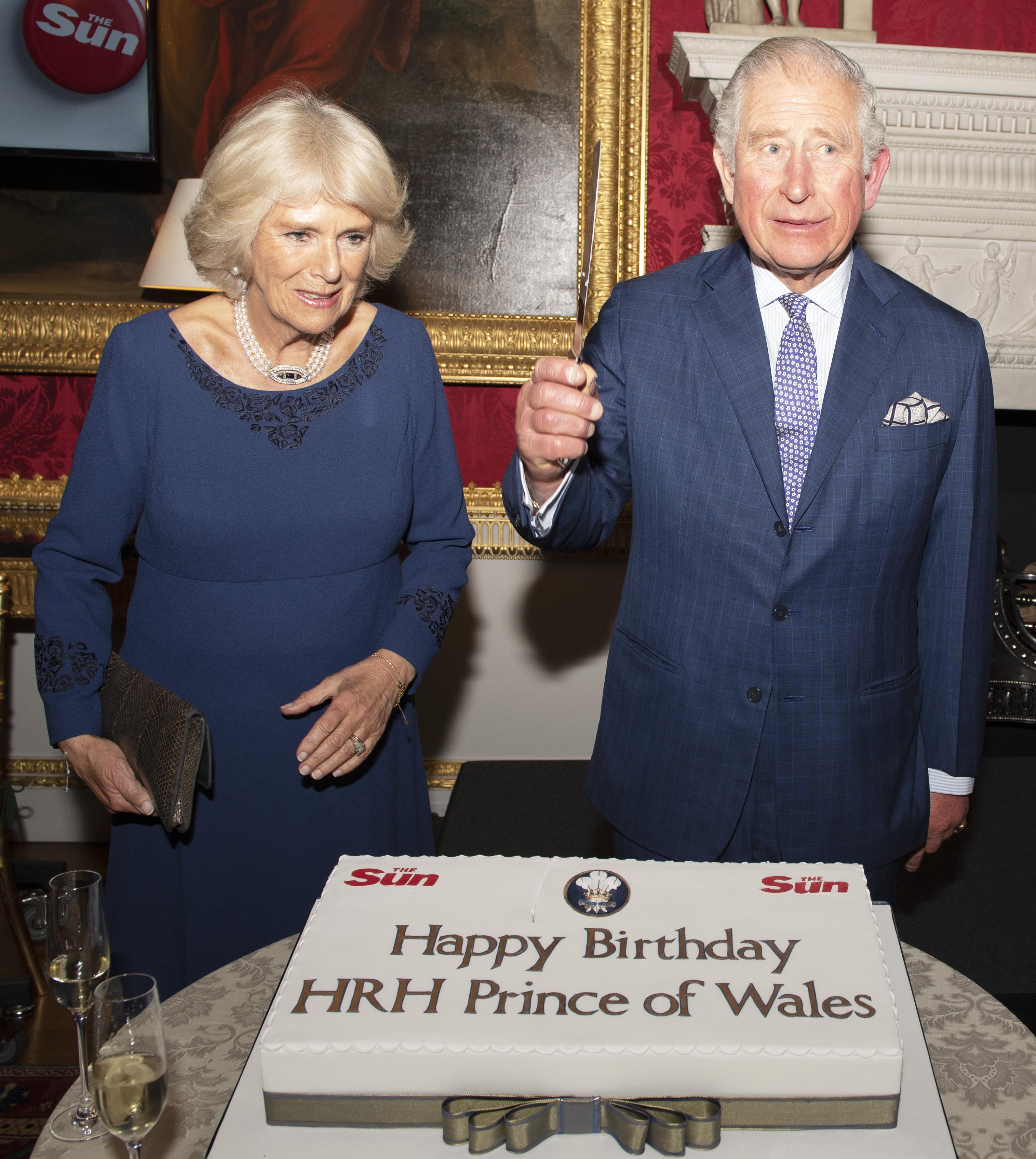 As he and the Duchess of Cornwall, 71, walked into Spencer House in London, our readers gathered on the steps of the mansion near The Mall and sang Happy Birthday.

Later the Prince told them he was partly to blame for the unique celebrations.

Charles revealed that on a foreign tour this year, he confided to our Arthur that it would be fun to enjoy reaching the milestone with people who were born on the same day. 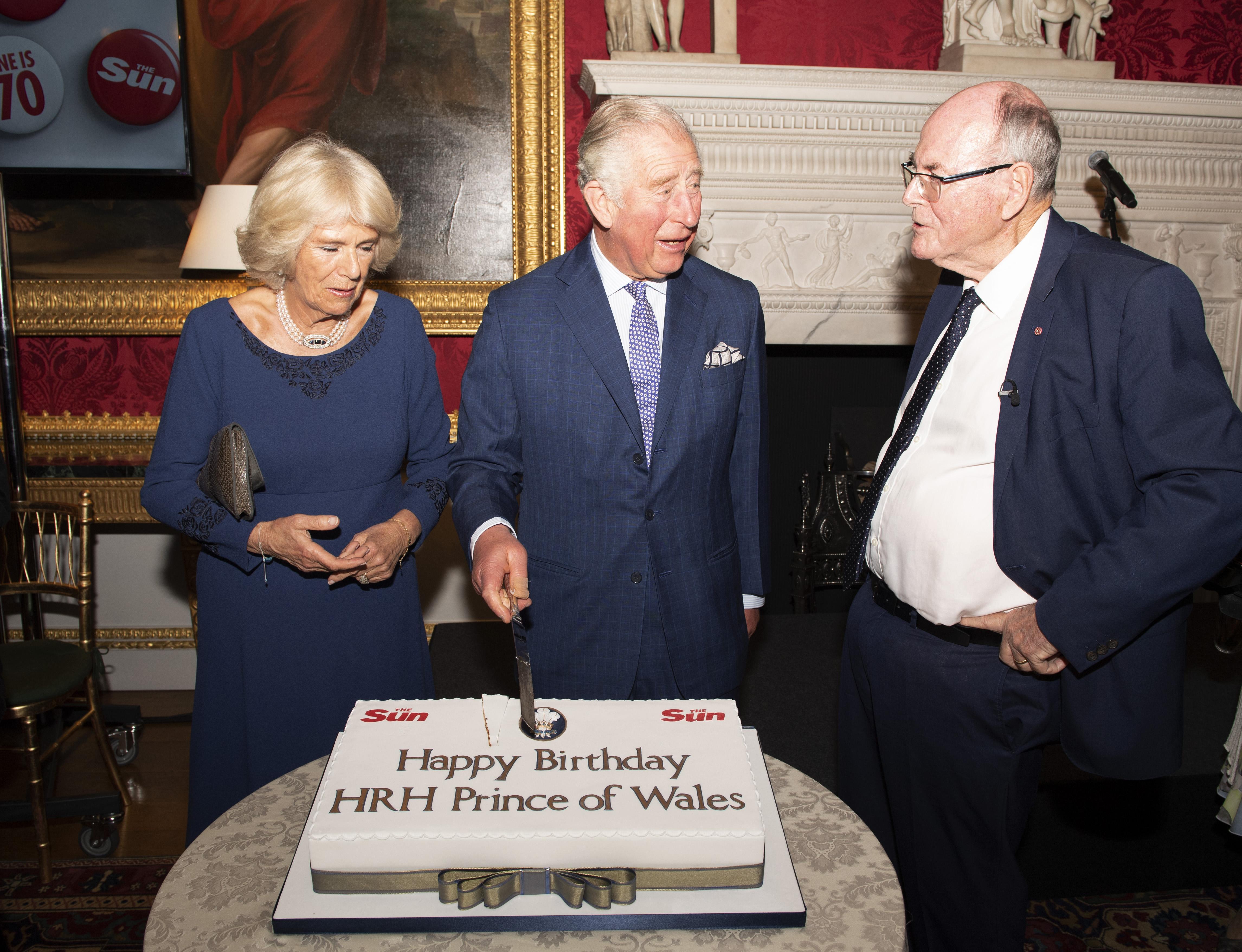 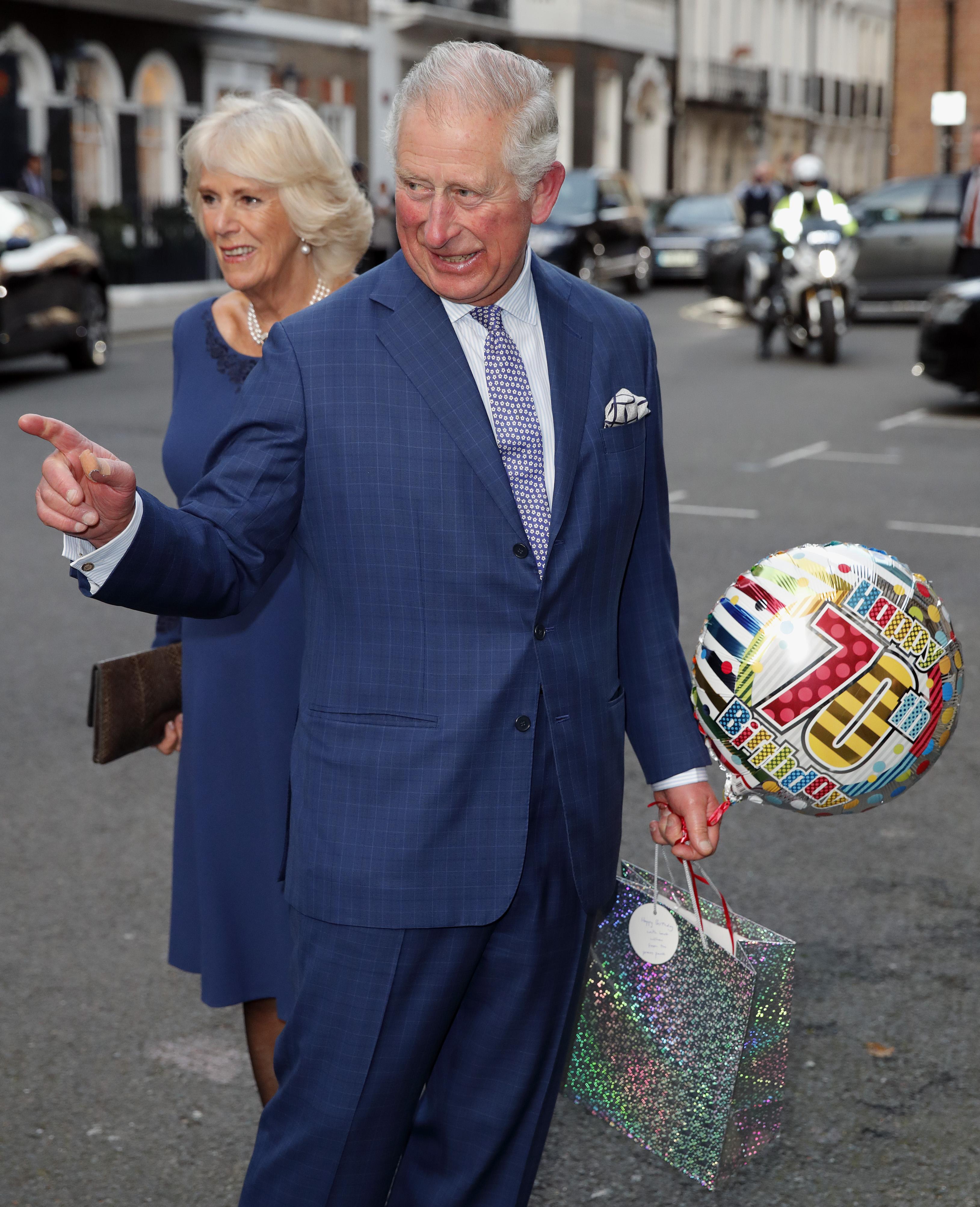 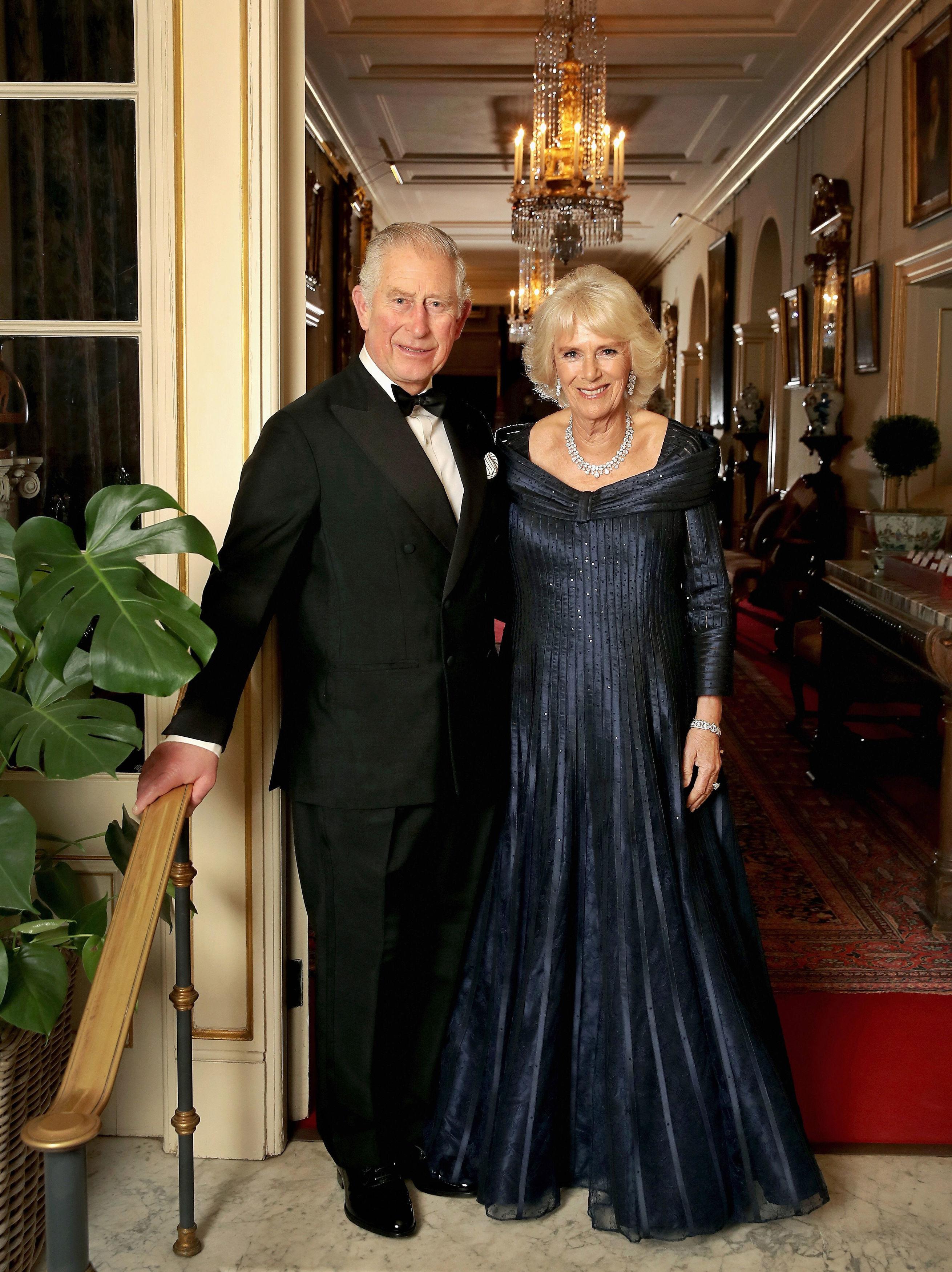 Prince Charles added: “So he went away without my knowing and this is the result.”

Arthur, 78, who has spent more than 40 years photographing the Prince, launched a competition to find 70 readers who make a real difference in their communities. 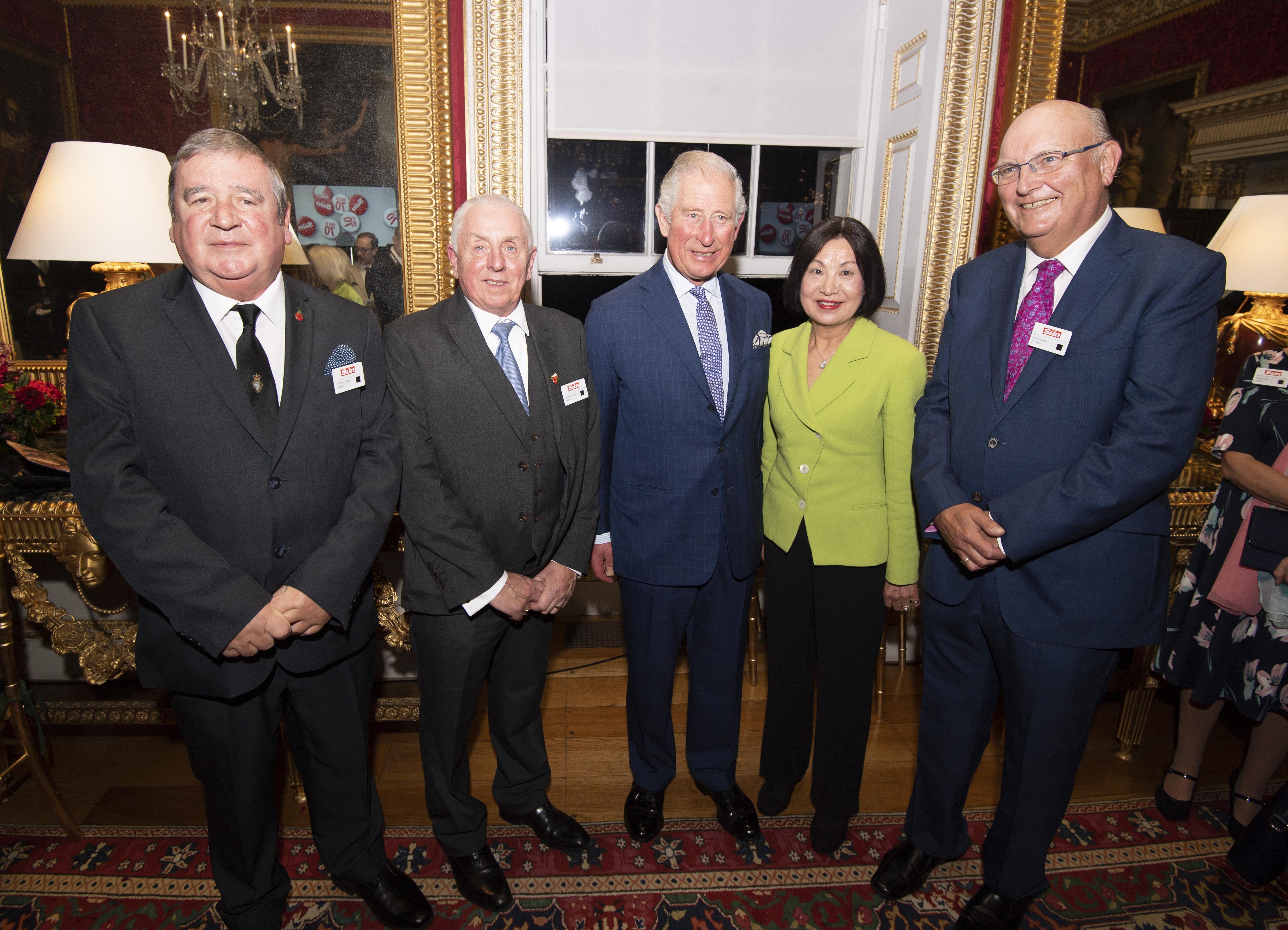 One of the four, Yuriko Davis, was born in Japan on November 15 — but due to the time difference, it was still the 14th here.

The hospice volunteer, who now lives in Bristol, said: “I wished him happy birthday and he asked me if there were many swear words in Japanese. I replied ‘Not as many as French and English’ and he laughed.” David Barker, of Croyde, Devon, was actually born 30 minutes into November 15 but just three-and-a-half hours after Charles. He said: “It was my own fault for being late!”

The other two are Tony Culley, of Newton Abbott, Devon, and Malcolm Selley, from Barry.

Tony said of celebrating with the prince: “It’s the best birthday present I could ever wish for.” 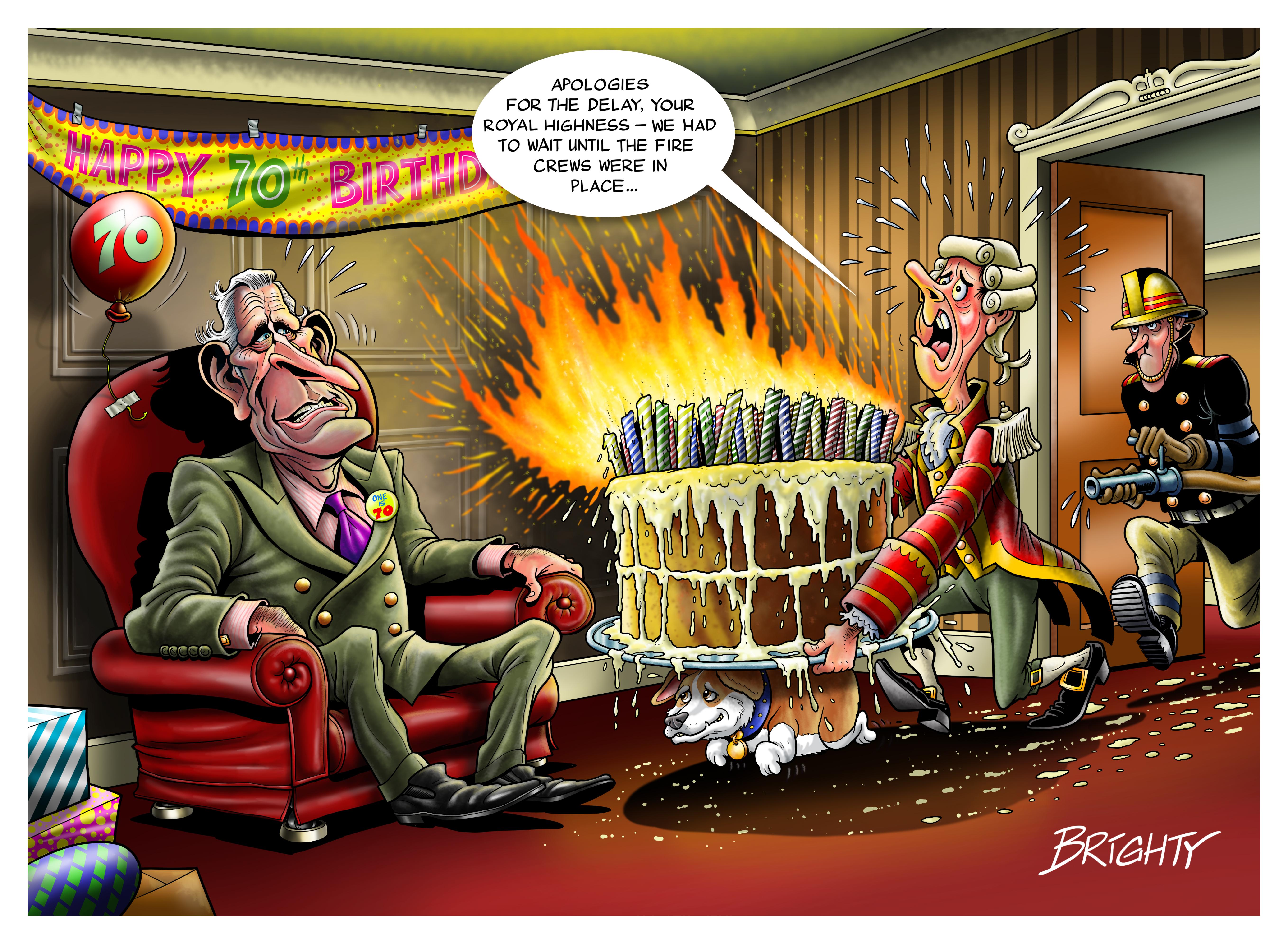 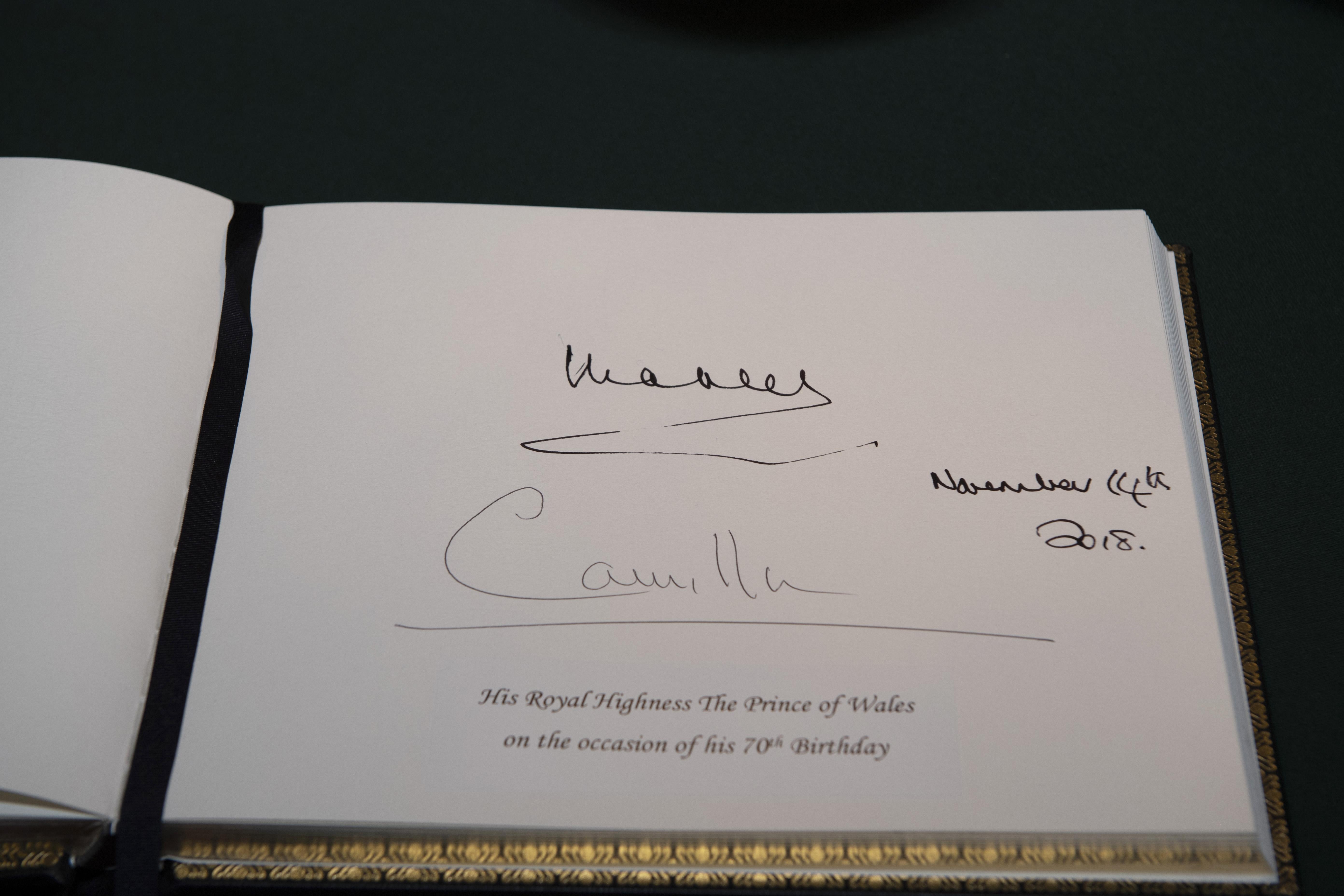 And Charles told our lucky winners: “It is an enormous pleasure to see all of you here because I know from Arthur some of the remarkable things all of you have managed to do in your wonderful way, unsung very often, and unseen.

“I admire so much the things that you do in so many special ways.

“Arthur, when I first saw him, used to be crawling about in the undergrowth but it’s amazing how life changes!

“He’s a very good photographer and a jolly good bloke and a very special person.” 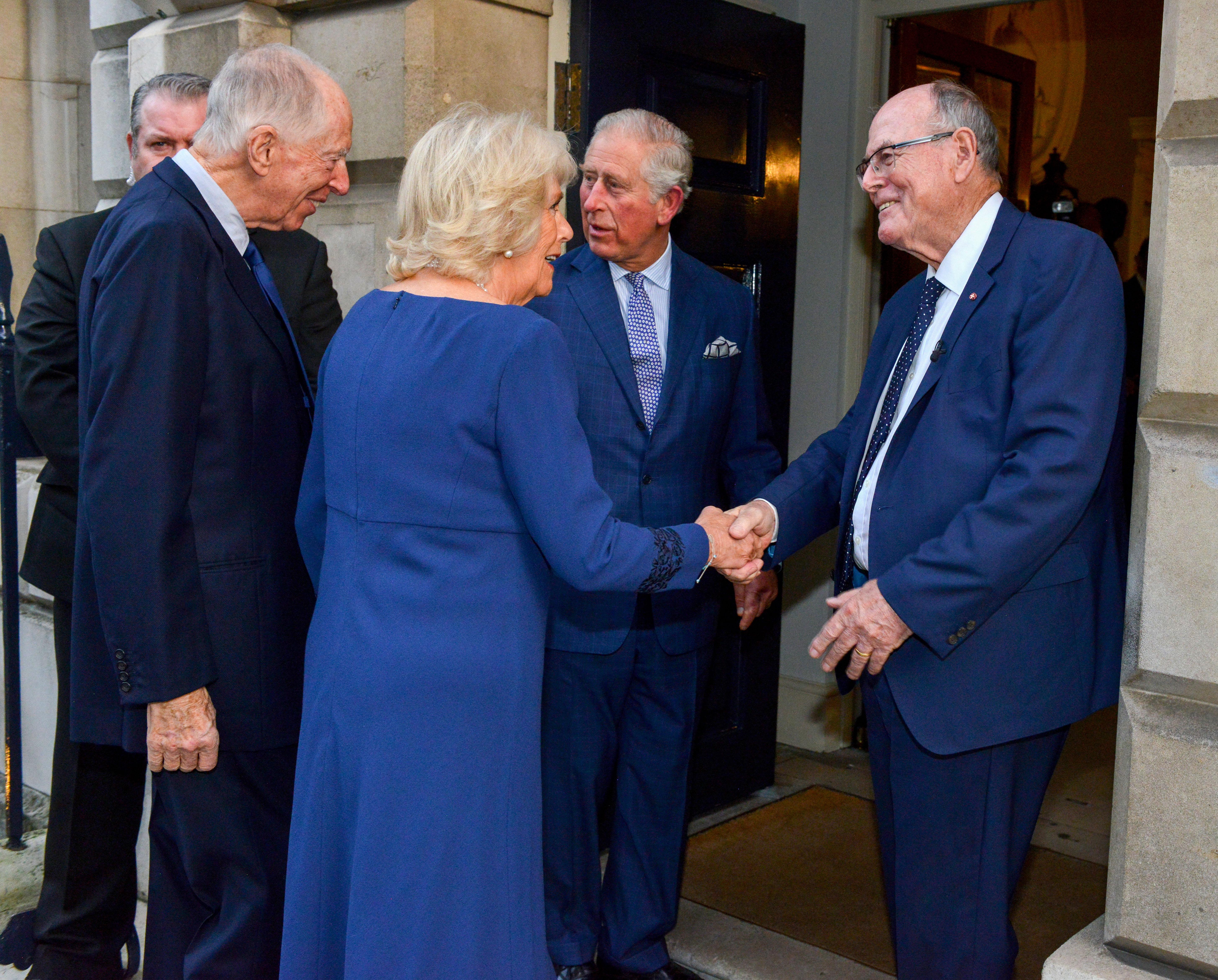 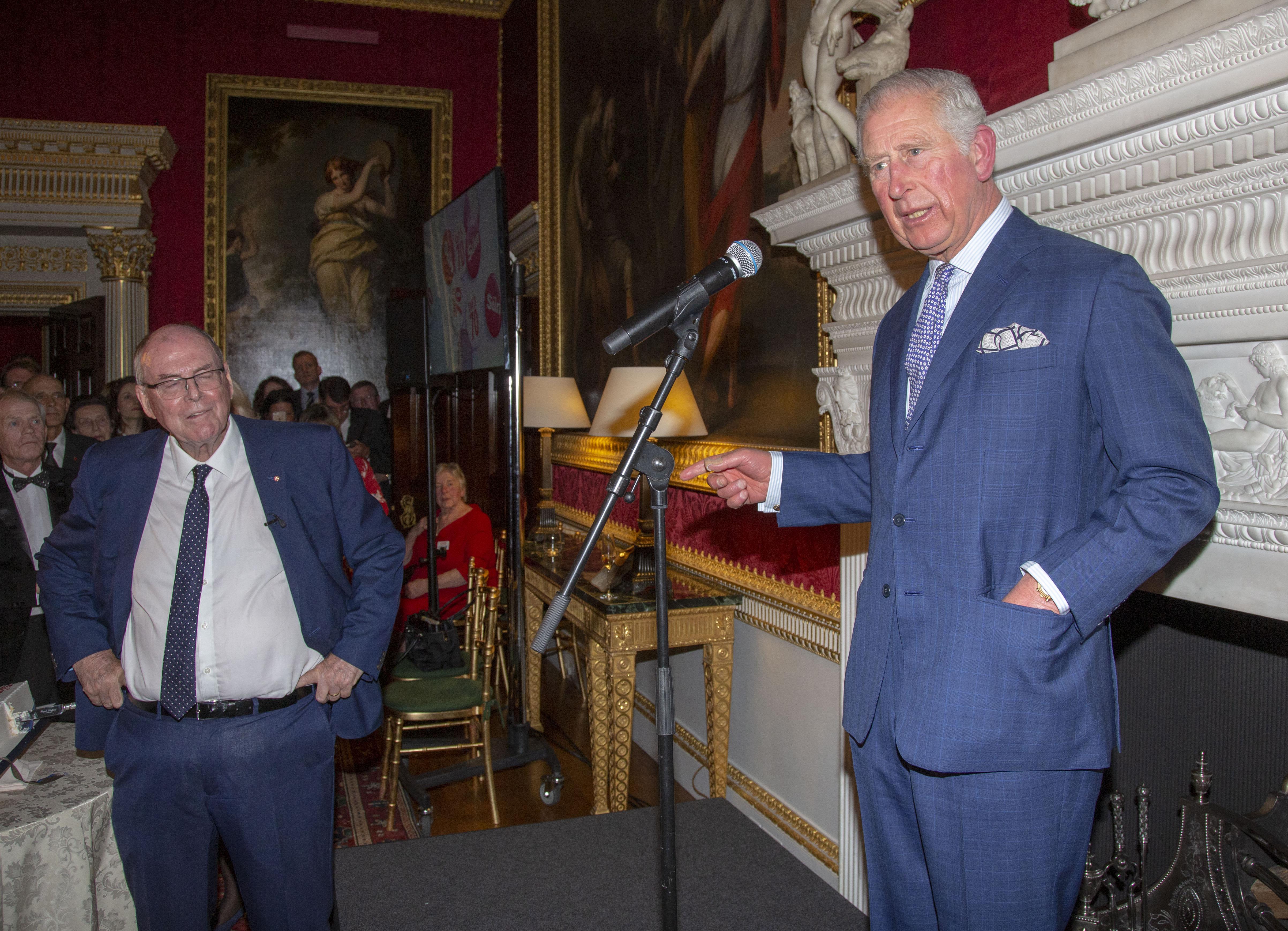 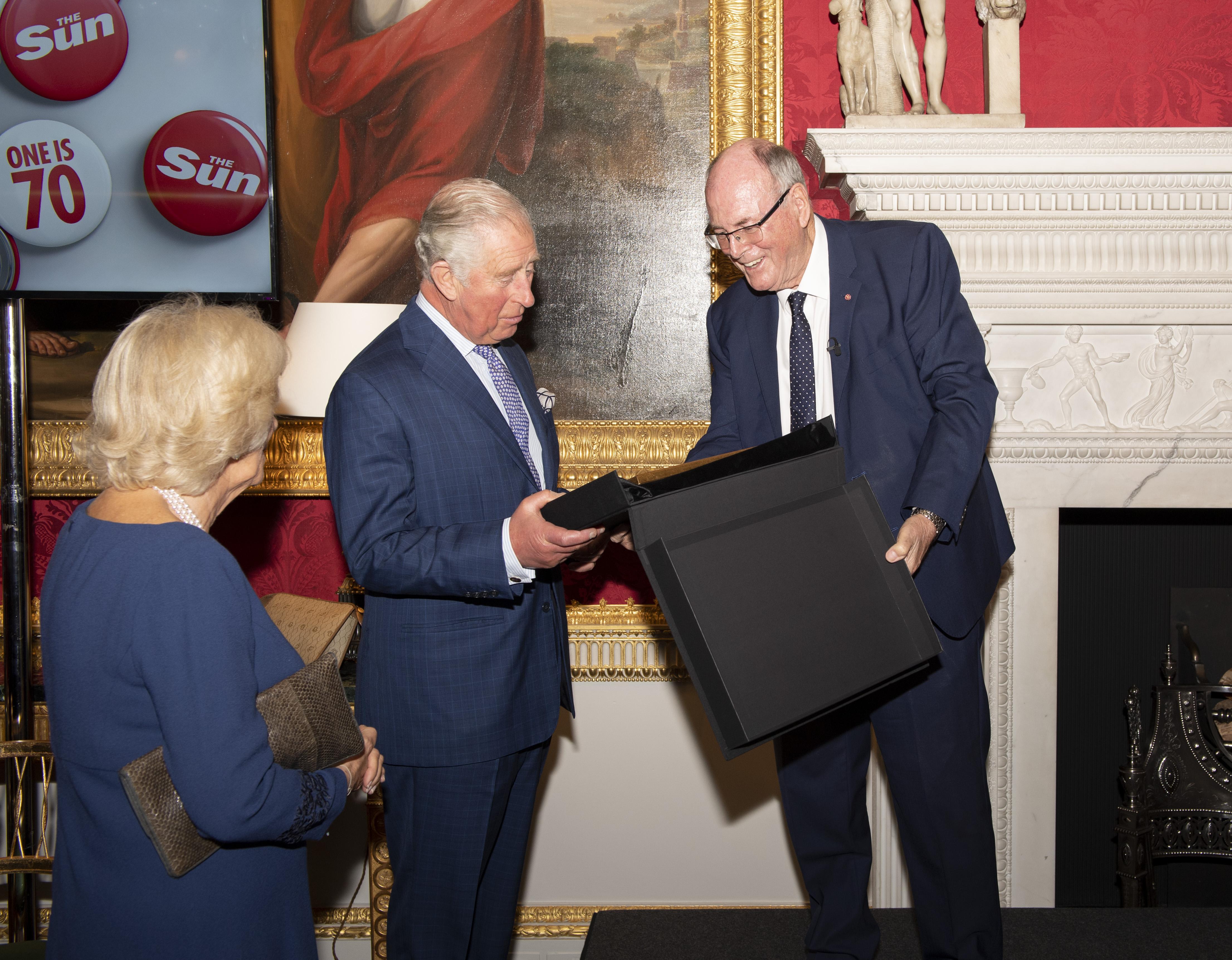 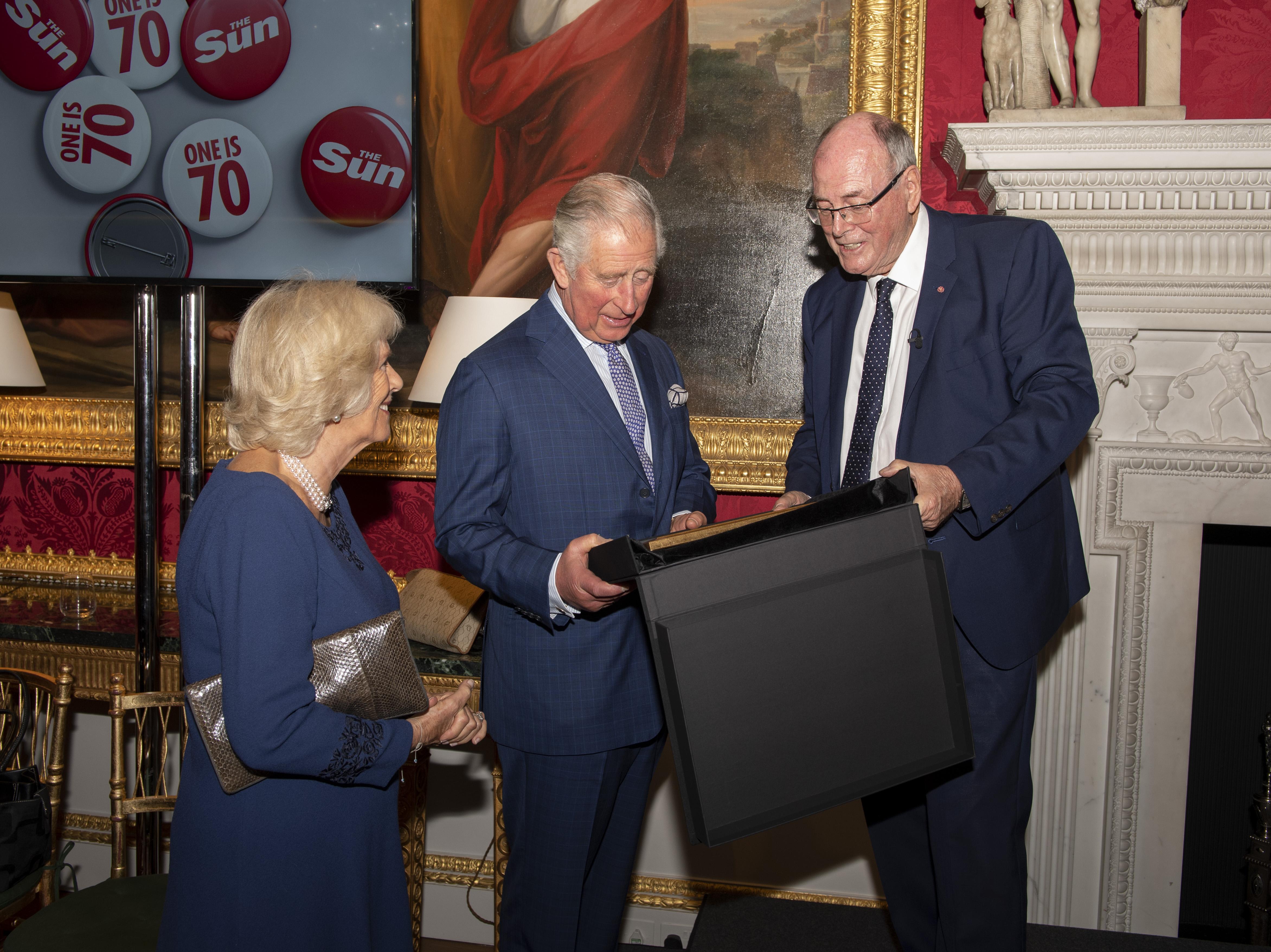 He also gave him a framed cartoon by Sun cartoonist Brighty, which showed the Prince’s footman bursting in clutching a cake with so many candles he was followed by a fireman. And Charles told our readers: “Thank-you for coming and thank-you for making it an even more special day for me.”

In a video played in the plush Great Room at Spencer House, Sally Rickinson, from Scarborough, told how she planned to give the prince a kiss. And moments later, as he met all the guests in turn, he stepped forward and kissed her on both cheeks.

Delighted radio presenter Sally said: “It made my day. I think it was because of my remark in the video.”

It is an enormous pleasure to see all of you here

Eileen Thomson revealed she met Charles at a Status Quo concert in Birmingham in 1982 and that he had brought along ear plugs.

As they met again, Eileen, from Northampton, asked if he remembered it. He replied: “Yes I do! There were 11,000 people singing ‘Charlie Charlie!’ It was quite extraordinary.”

And the Prince told Jayne Miller, of Huntingdon, Cambs, that he had been given a boxset of TV comedy classic Last of the Summer Wine as a present.

He said: “My grandmother introduced me to it. It’s fantastic. Comedy is not as funny as it used to be.” Jayne laughed and told him: “Too PC now Sir!” 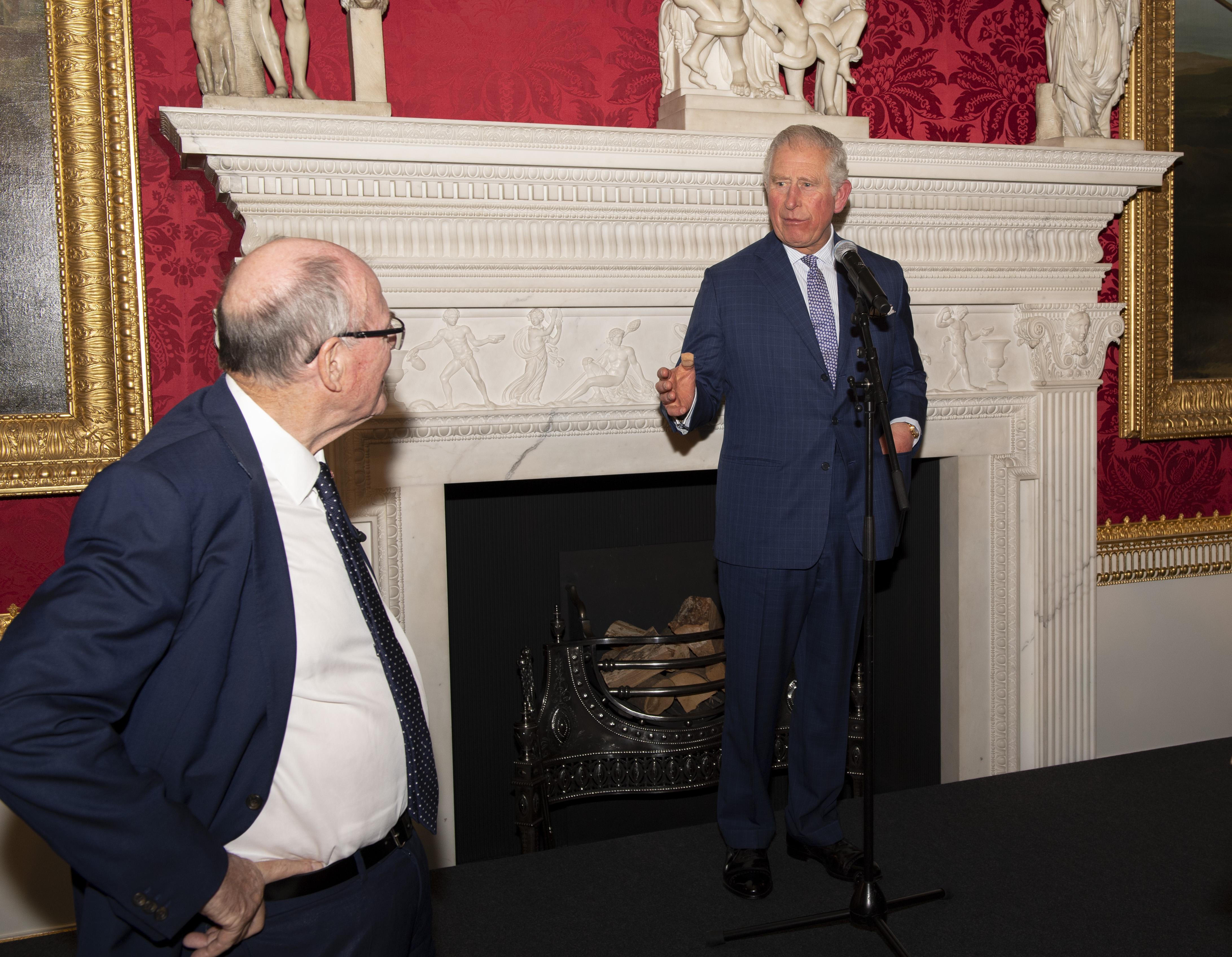 Malcolm Reid, who volunteers with cancer charity Maggie’s, of which the Duchess is president, said: “I always knew Charles and Camilla were nice people but it was very special to be able to find out first hand.”

John Davies was nominated by wife Ella for work he does volunteering as a handyman at the RAC Saddle Club Equestrian Centre in Bovington, Dorset. He said: “My mother had a picture of the Queen on her coronation day on the wall. I never thought I would be lucky enough to spend the day with her son on his birthday. And I was so pleased to meet The Sun’s Arthur Edwards.” 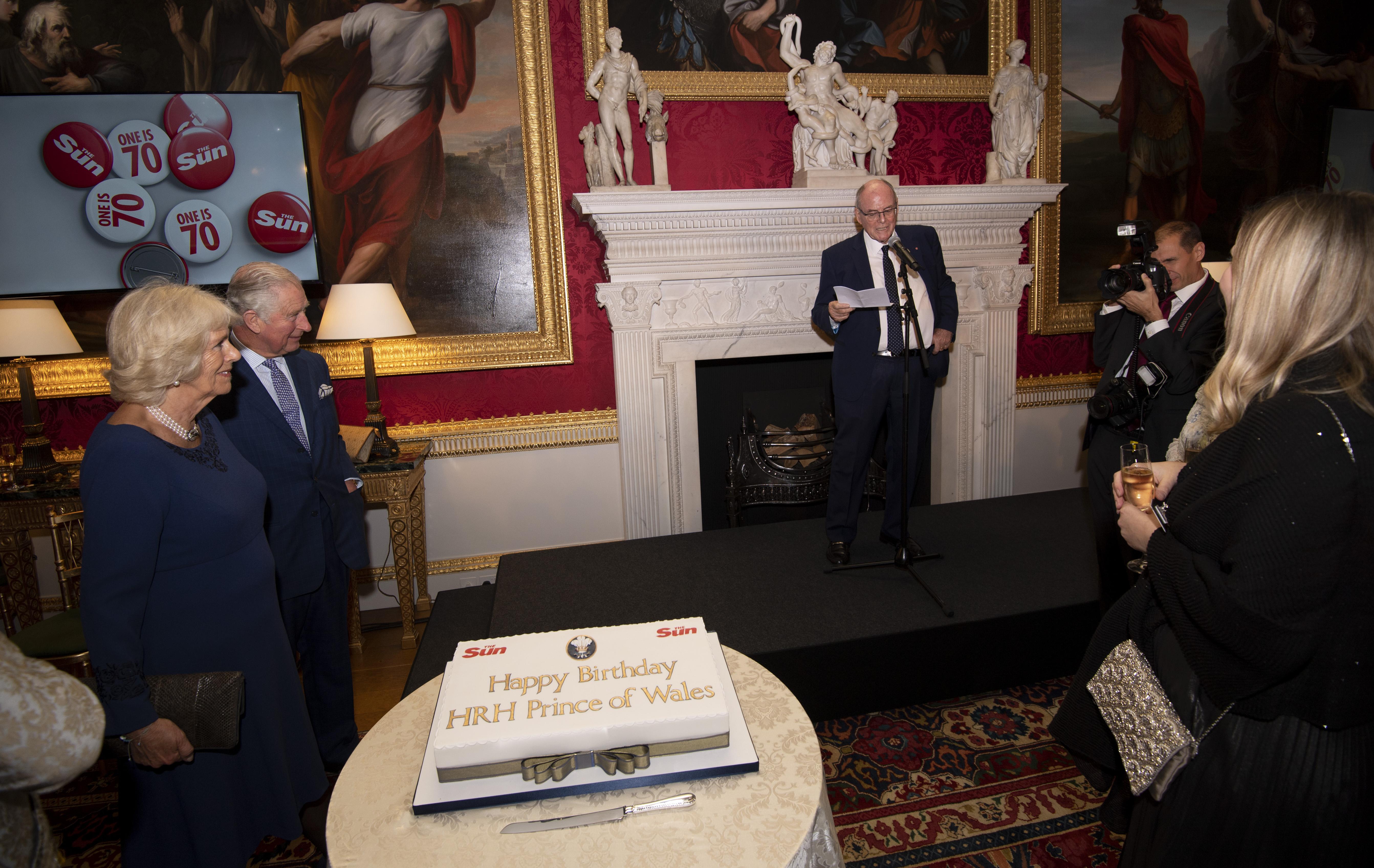 Anne Cox, of Glasgow, was invited for her work for the Royal Naval Association and for volunteering at a local daycare centre.

She said: “I lost a close friend to cancer just before my 70th this year, so I didn’t really enjoy my birthday.

“I’m going to treat today like my birthday, and celebrate properly today.”

Arthur's a jolly good bloke and a very special person

Rita Kutt, from Leeds, developed a range of clothing for disabled kids. She said: “He told me he was proud of all of us in the room who had been born the same year as him and done such wonderful things for our communities.”

Kathy Cooke, of Blackpool, knits garments for thousands of needy people worldwide. She said of the event: “This has really made my 70th year so special — and that will be true for everybody here today.”

'It was a real joy' — Arthur Edwards, Sun photographer

It was a real joy to take him down Memory Lane, but most importantly he loved meeting our readers — amazing people who were all born in the same year as him.

When he first mentioned having a party to me I thought it was a good idea.

But I didn’t realise it would turn into such a huge success, not just for me or for the Prince and the Duchess, but especially for our readers.

We all had an exciting day that we are sure to remember for the rest of our lives.

The Prince revealed he has no intention of taking it easy now he has turned 70.

He said: “I was asked outside whether I was going to slow down, I’m not sure I’ve got much alternative but to speed up.”